Mister Wolf said:
That is the most unique one of the bunch I'm glad they are not holding the artists back. The design makes me think of Skull Girls.
Click to expand...

I hope there's some cool way to travel the sky, that's the final punch the game needs to be day one for me.
D

That's a great design. And also a funny animation. Love it.
K

adroit said:
Same here. I only wish the world and wildlife matched the zaniness of the blades. Guest artists designed the blades but the rest of what we've seen (so far) looks pretty standard for Xenoblade. So the blades really stand out.

I'm really looking forward to it. So glad they got pre-load working. Downloading a 10+ GB game on release night would have been unbearable.
Click to expand...

I'm not worried about that either, I'm sure there will be some monsters just as zany as these blades.

I wonder if we'll see some npc-drivers with uniqe blades, would be cool imo.
M

Not high. They'd probably already have annouced it, if they were going to release one.
B

Well congratulations! You got yourself caught!

Really needs to work in some leg days. 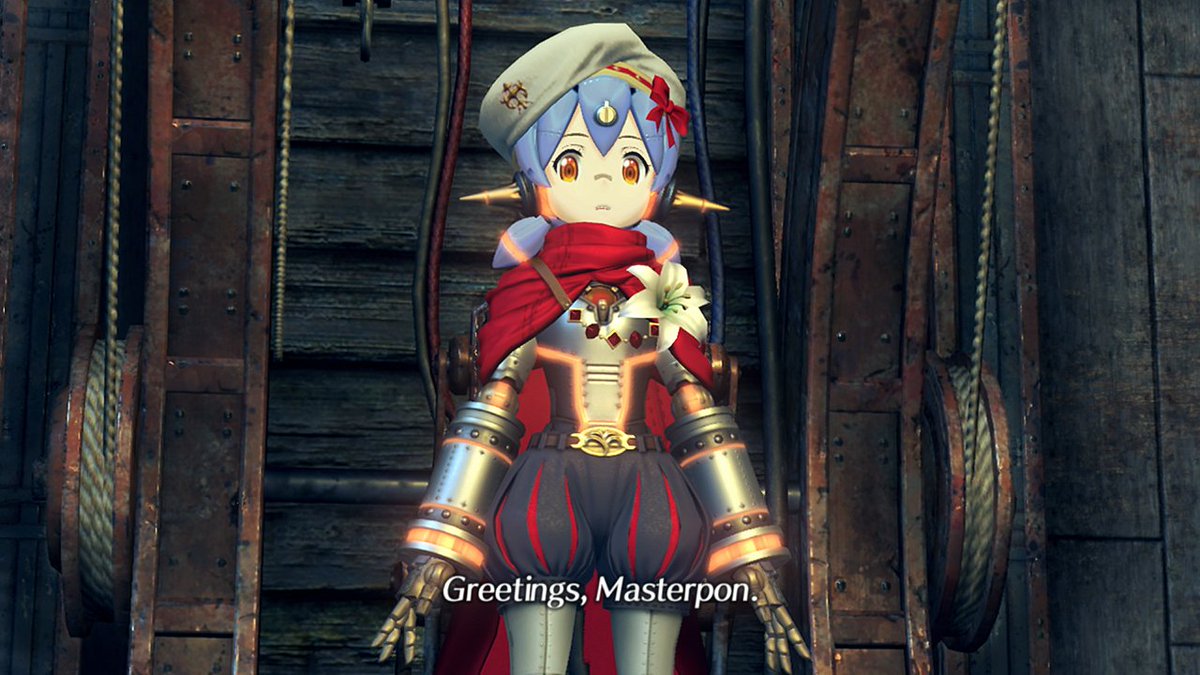 Tora built an artificial Blade, Poppi, to fulfil his goal of becoming a Driver! Obviously, she speaks fluent Nopon.
Click to expand...

NoA is sitting this one out.

Edit: I'm wrong. They do tweet periodically about XC2:

Any word on if we'll need a SD card for this game?

The graphics of this game are a huge improvement over X for me. Glad they "switched" the artstyle.

Mister Wolf said:
I assumed Hikari was wind but now I'm thinking she is electric elemental
Click to expand...

She's probably Light based considering her names have to do with Light. And there are Dark elemental Blades too.


If you switch around the language of the European Xenoblade site, Germany, France, Italy all have different videos.

But also, we may have found out what Blonde Pyra/Hikari's localized name is.......Mithra.

Almond said:
She's probably Light based considering her names have to do with Light. And there are Dark elemental Blades too.


If you switch around the language of the European Xenoblade site, Germany, France, Italy all have different videos.

But also, we may have found out what Blonde Pyra/Hikari's localized name is.......Mithra.

I can dig Mithra. When it releases are you gonna replace KOS-MOS or is she still #1.
S

I didn't realize Azami had normal hands. Always thought she had giant mechanical hands, but looking back at her reveal clip, I realize those "hands" are actually a part of the gun.

I wish I could preorder on the eshop right now.

Mister Wolf said:
I can dig Mithra. When it releases are you gonna replace KOS-MOS or is she still #1.
Click to expand...

She stays, of course. She can't be topped that easily. 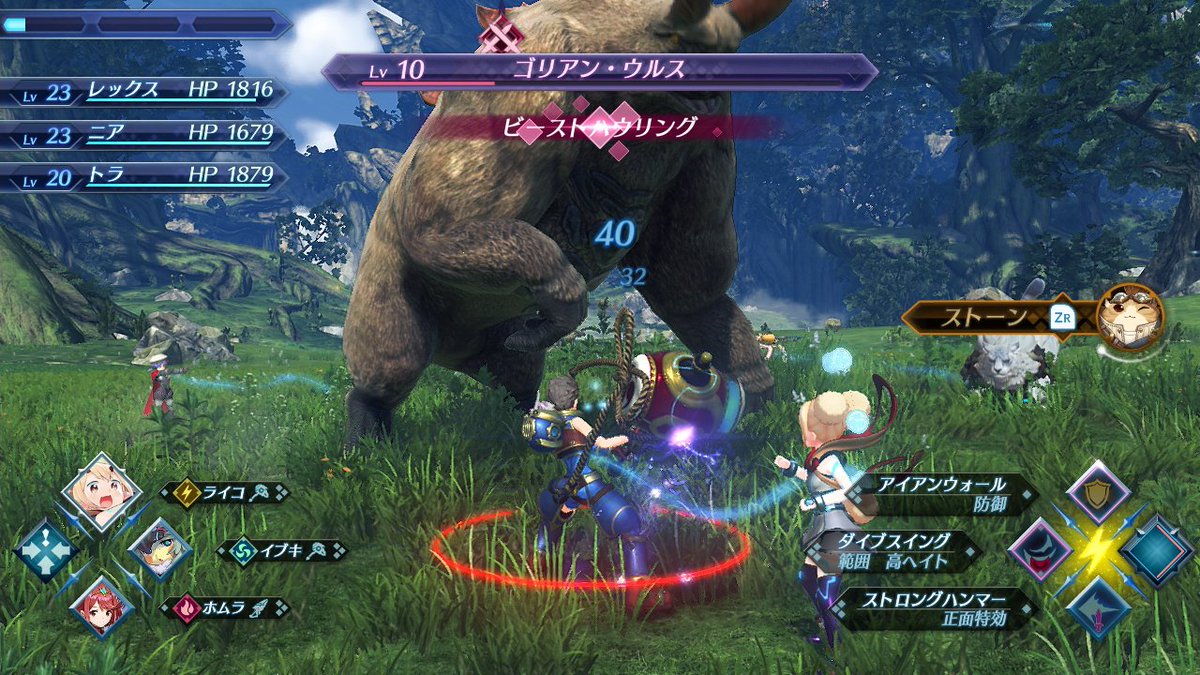 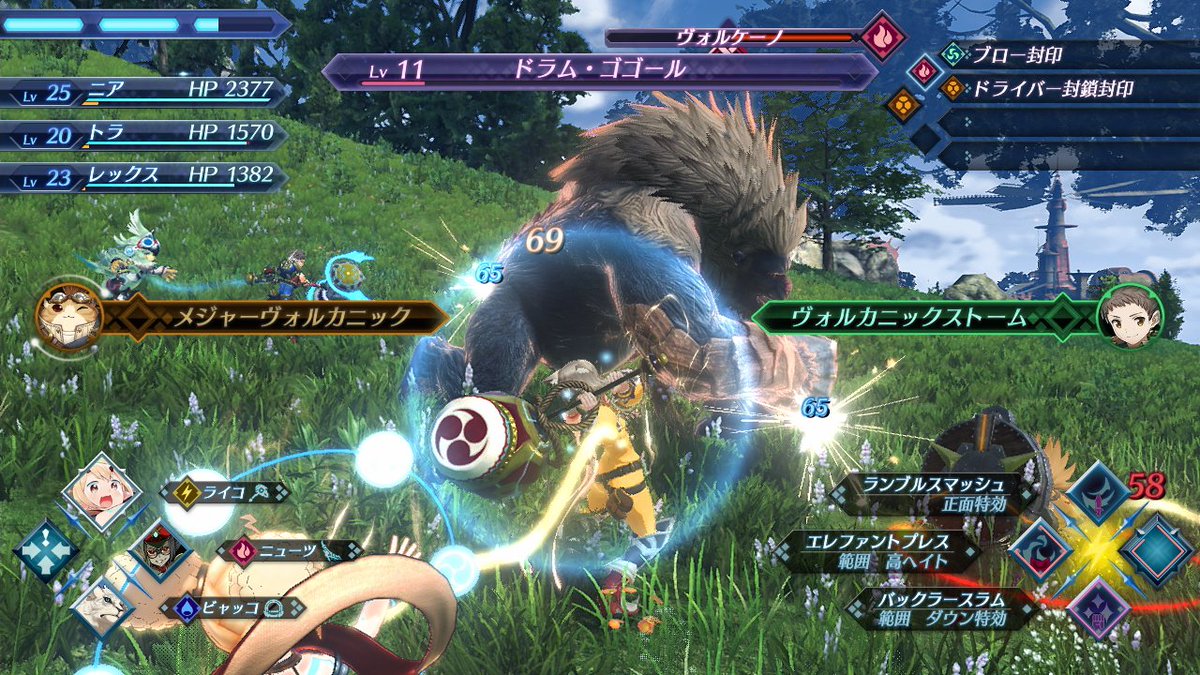 Even with the same kind of weapon, the driver art that can be activated by the driver to handle will change.
For example, even if you use the same Raiko hammer. It means that you can draw out different strengths depending on the users!
Click to expand...

So you get different skills with each Blade depending on who summons them. So if Nia summons Raiko, the attacks she'll be able to use will be different than if Rex summons her. That'll make things a little more interesting.

Almond said:
She stays, of course. She can't be topped that easily.

So you get different skills with each Blade depending on who summons them. So if Nia summons Raiko, the attacks she'll be able to use will be different than if Rex summons her. That'll make things a little more interesting.
Click to expand...

That's really cool and adds a new wrinkle to think about. I'm glad they went this route instead of changeable weapons and equipment unique to each character like Xenoblade and X. Having guest artists design costumes and weapons pales in comparison to what we are getting with the blades. That art book for the special edition is going to be great

Also today introducing Blade is the "Yuwo/Uo?"! Julow's blade using the power of water.
Fins with arms and legs and back to the downright elegant atmosphere too! Design has to by Tomoaki Maeno's saga sky's the voice;
Click to expand... 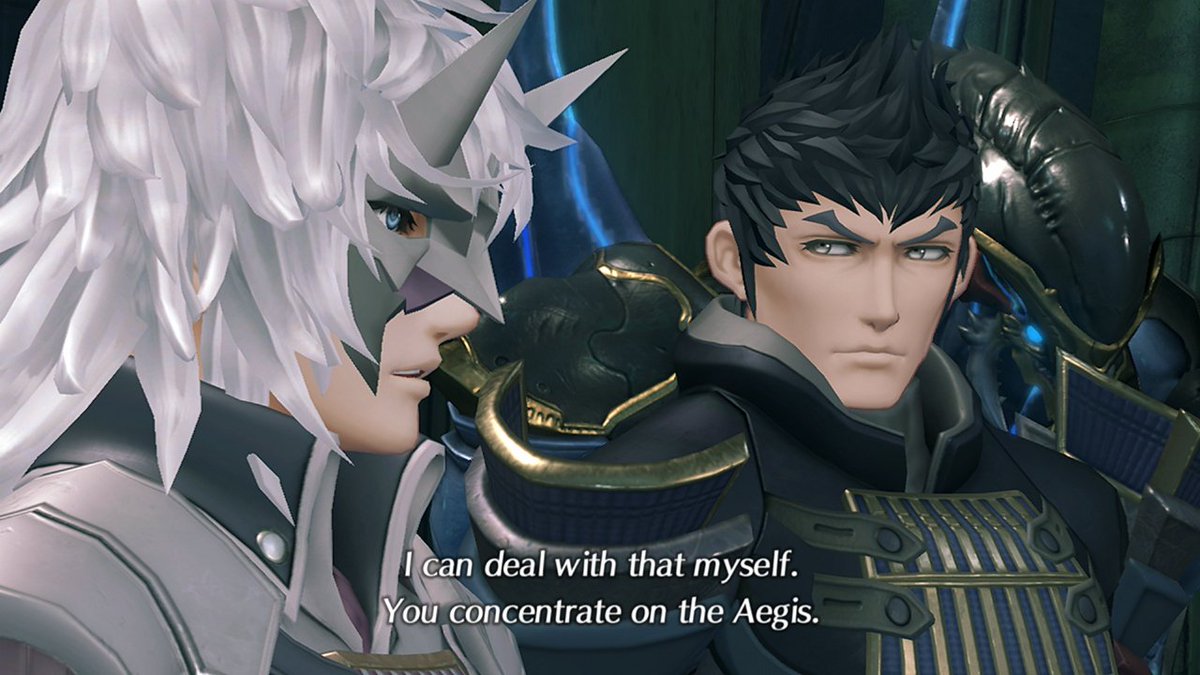 Jin leads the secretive group, Torna. He appears cool on the outside, but he'll do what it takes to achieve his goals
Click to expand...

So they changed his name from Shin to Jin. Not sure the meaning since I don't know Japanese, but there seems to be a lot of meanings.

Or it's a reference...
probably not. 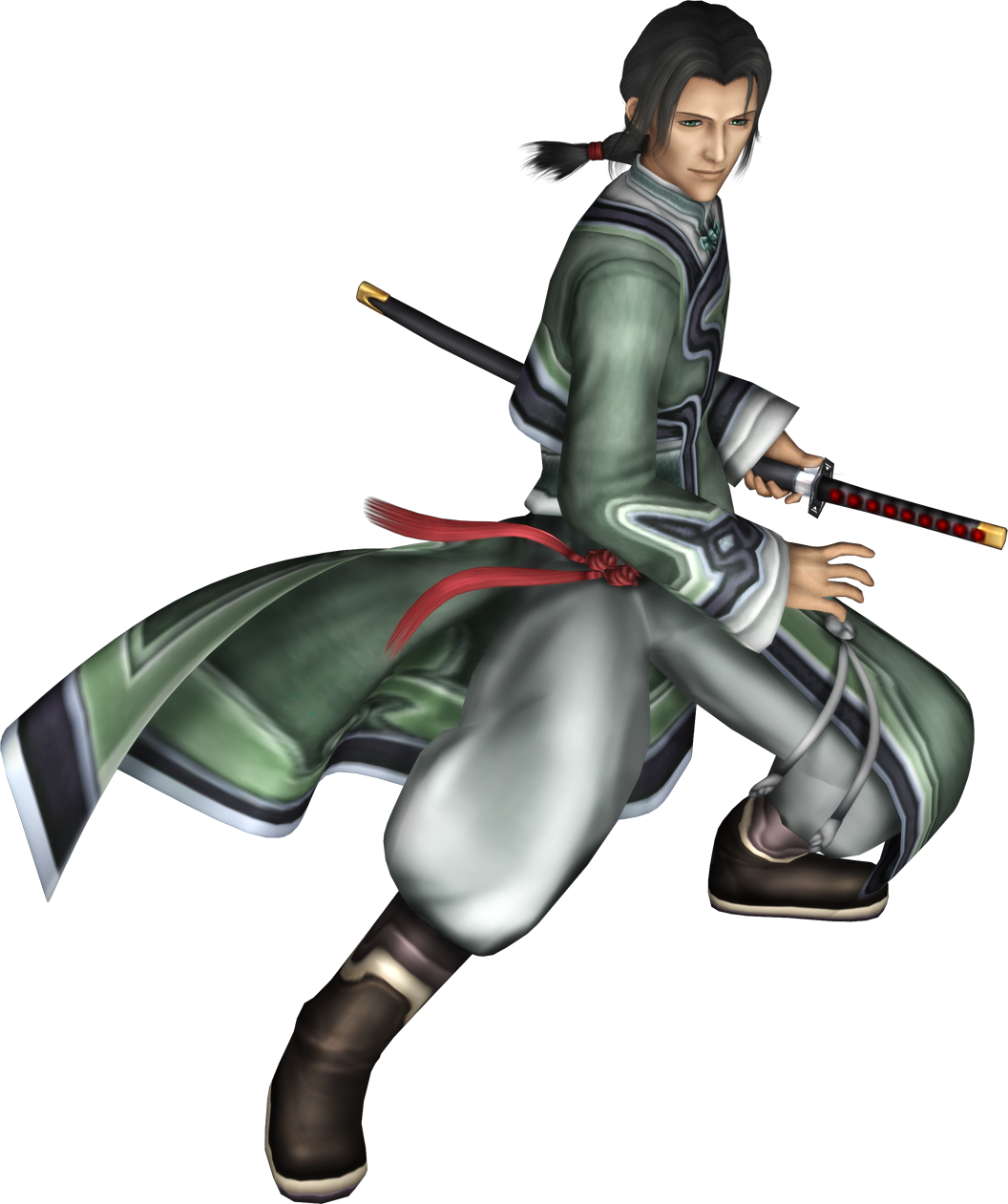 Torna's number two is Malos, a big guy with a wild temper. He's a top Driver, and pretty scary on the battlefield! #XenobladeChronicles
Click to expand... 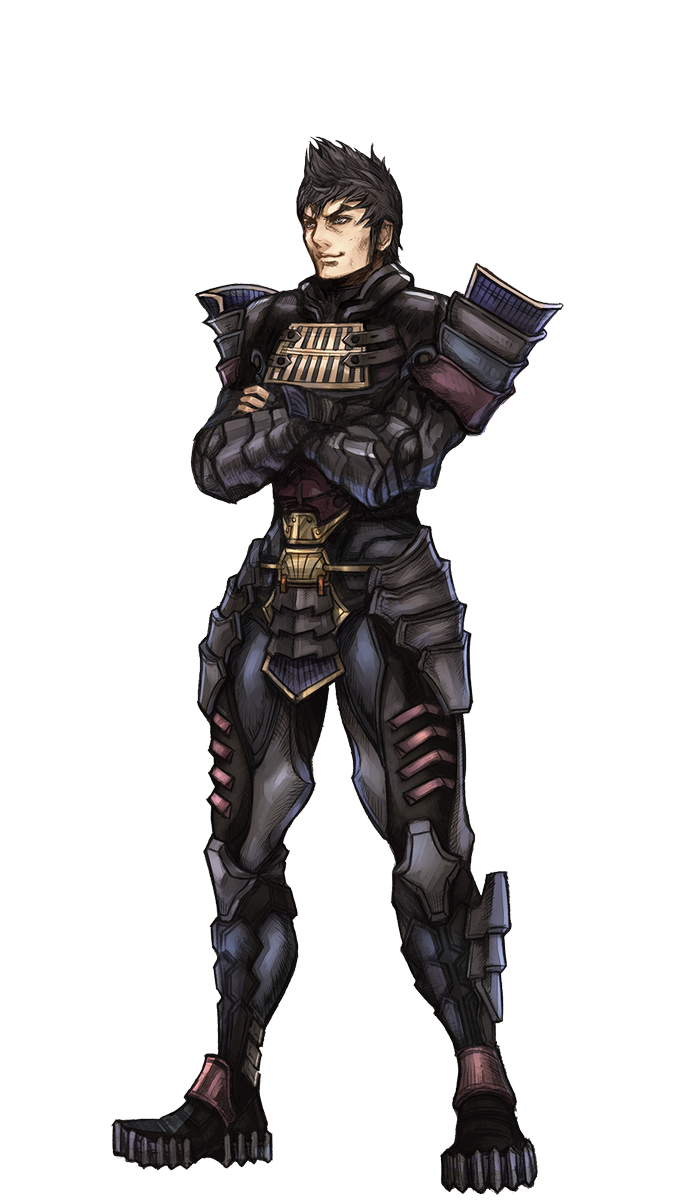 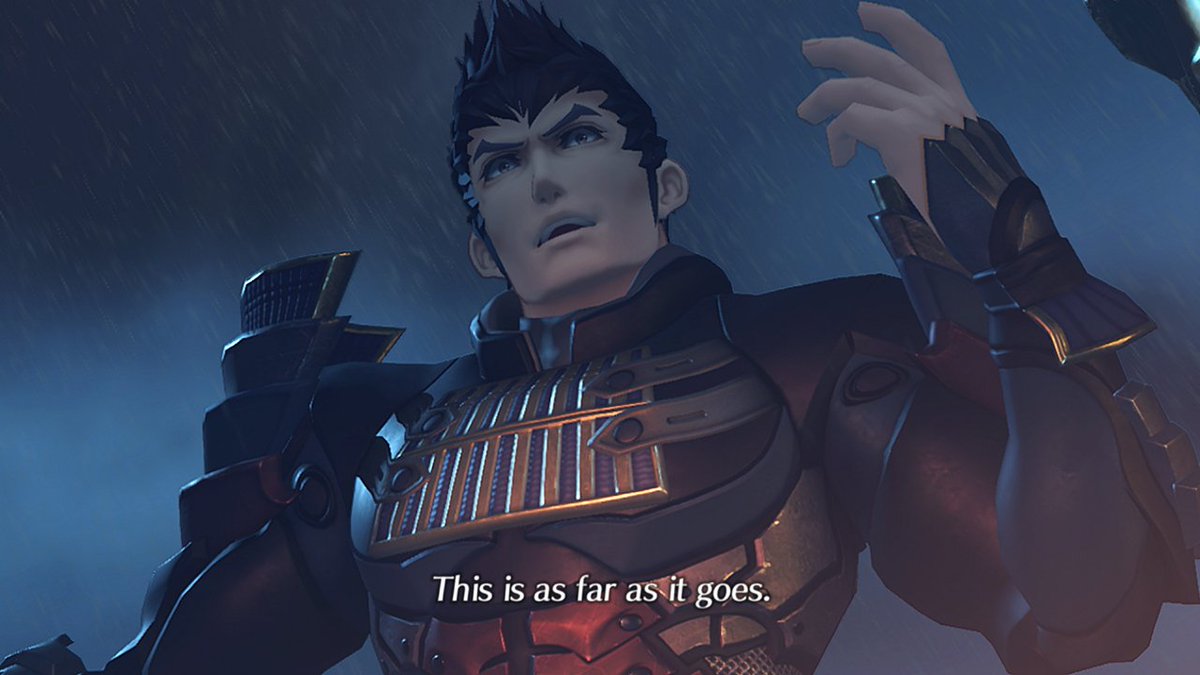 edit:
meh. it's over 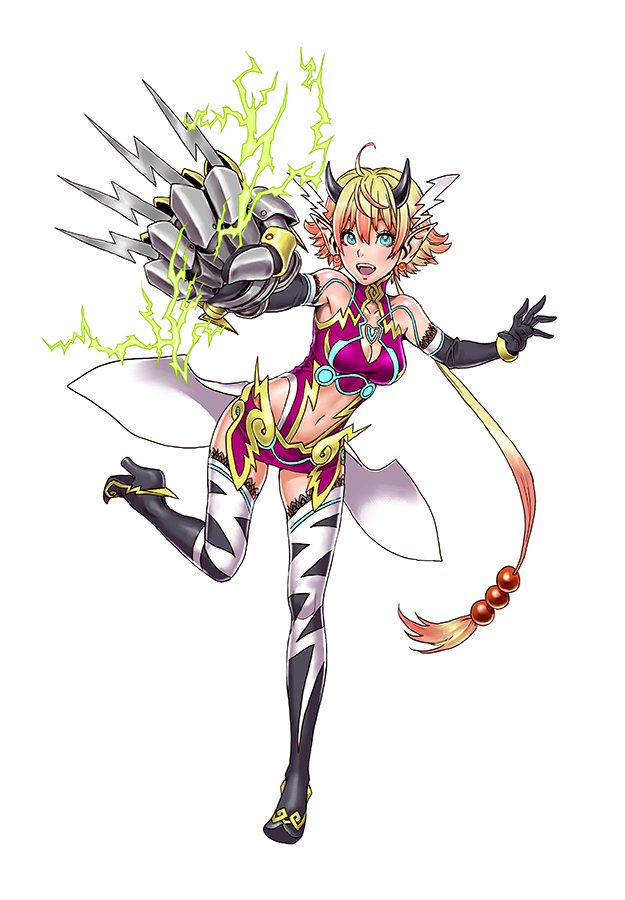 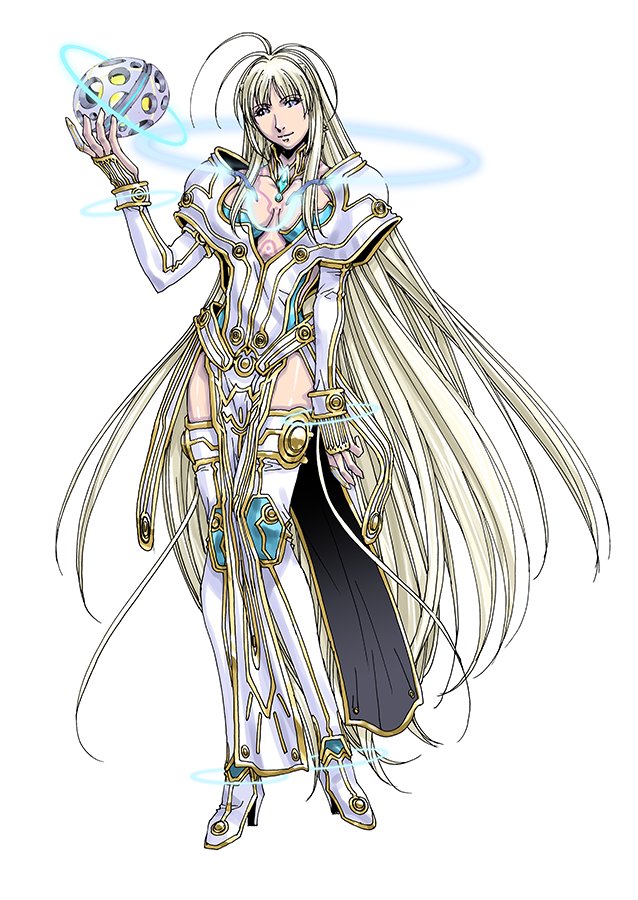 The newest blades Japanese voice doesn't match her appearance at all to me. Sounds too high pitched.

Really not feeling Musubi at all.
S

Mister Wolf said:
The newest blades Japanese voice doesn't match her appearance at all to me. Sounds too high pitched.
Click to expand...

Yeah I thought Musubi was okay until I watched the video. That voice is really off-putting.

I think I just got spoiled the end boss for this on 4chan DragonBall super discussion. 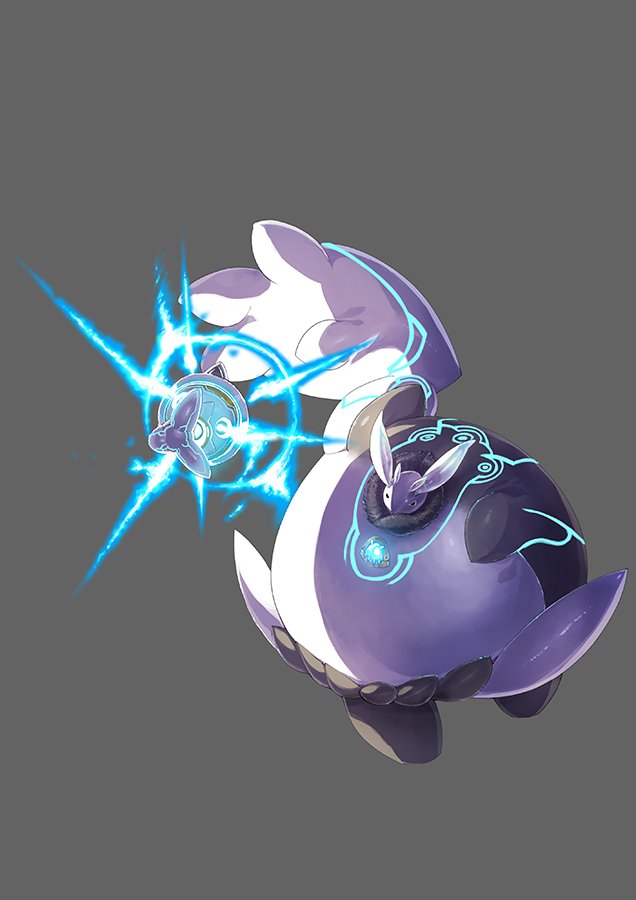 ajim said:
I think I just got spoiled the end boss for this on 4chan DragonBall super discussion.

Ehh how the game's not even out till December?

Soriku said:
Ehh how the game's not even out till December?
Click to expand...

That's what I was thinking. But they seemed pretty genuine and there was a pic.

But also holding onto the release date fact
S

Edit: I am excited for this game, I am really liking all of the designs for the blades so far.
B

THis game is looking sick! Is it sadly still only English dub?
C

One of the best things about all the blades is that Monolith Softs modelling team are getting a ton of experience translating so many different styles from 2d to 3d. It'll only pay off in the future.

My most hyped game for the year. Although it seems to be lacking the ambition of X. I can't wait to sink time into this vast, rich world, exploring everything.

I'm also glad that NoE localized the game, as I'm convinced that Treehouse would have censored Pyra's design for sure.

Since my favorite part of Xeno-games are the philosophical, 'larger than life'- themes, I'm a bit scared how the coming of age-story of Rex' fits with that. If at all.
M

Guessing we are not getting a strategy guide for this. Its a shame considering the scale of these games and that the first one didnt get one either.

While watching some previews, I suddenly noticed this game is coming out in a week. I have the special edition preodered and ready to go, and I probably will sink 100+ hours on this one, like I did for the previous games as well.

Hopefully it reviews well, and has good worth of mouth, so Xenoblade can become a bit more widely known, than it previously is. And especially if this game does well, hopefully they port the first game and X to Switch. I would double dip in an instant.

Seriously doubt this game can run native 1080p docked, when even Mario couldn't do that.

NoE posted a small snippet from Mr. Mitsuda here, talking about the games music. It even includes a music video sampler.

Also, a new trailer was also just released. Like the last one, this one's in japanese as well. I don't really like Rex's Japan voice. He sounds too old.
N

Ok, that new trailer is fantastic as well as interesting.

Seems like memories and the risk of losing them will be one of the primary dangers for blades. "When they return to their core, they lose their memories". Considering that losing one's memories pretty much equals dying, that should add quite some drama.

One character also says something in the vein of 'you cannot change the world like that!'. Makes me wonder if that relates to a bigger, overarching mission. Up till now, helping Pyea reach Elysium was the only task.

Ah, I can't wait. And pleeeease, Nintendo, have an anime series produced! The stuff seen in this trailer is already better than most random fantasy anime you get each season on Japanese tv. Would help strengthen the Xenoblade franchise, too
You must log in or register to reply here.

Tomorrow is the 15th anniversary of Mother 3's Japanese release.