Cyberpunk 2020 will launch for PlayStation 4, Xbox One, and PC on April 16, 2020, developer CD Projekt RED announced. Pre-orders are available now.

Here are the latest details from CD Projekt RED:

The game’s Collector’s Edition is also available for pre-order and comes packed with a number of high-quality collectibles. These include a 25 cm / 10 inch statue depicting the game’s protagonist — V — in action, a steelbook case, a hardcover art book, and more. The Collector’s Edition comes in an impressive box made to look like one of the megabuildings towering over Night City.

Accompanying the release date and pre-order news is a cinematic trailer, which offers a deeper look into the game’s story. The trailer reveals one of the key characters of Cyberpunk 2077, Johnny Silverhand. The legendary rockerboy is played by Hollywood actor Keanu Reeves (The Matrix trilogy, John Wick series, Johnny Mnemonic). In addition to his appearance and voice, Reeves is also providing full-body motion capture for the character.

More Cyberpunk 2077 news is set to be revealed at E3, which will be taking place from June 11th to June 13th in Los Angeles. The game’s trade show presence includes behind-closed-doors gameplay presentations for media and business representatives in West Exhibit Hall, as well as presentations for all E3 attendees held at the Cyberpunk 2077 booth in South Exhibit Hall.
Click to expand... 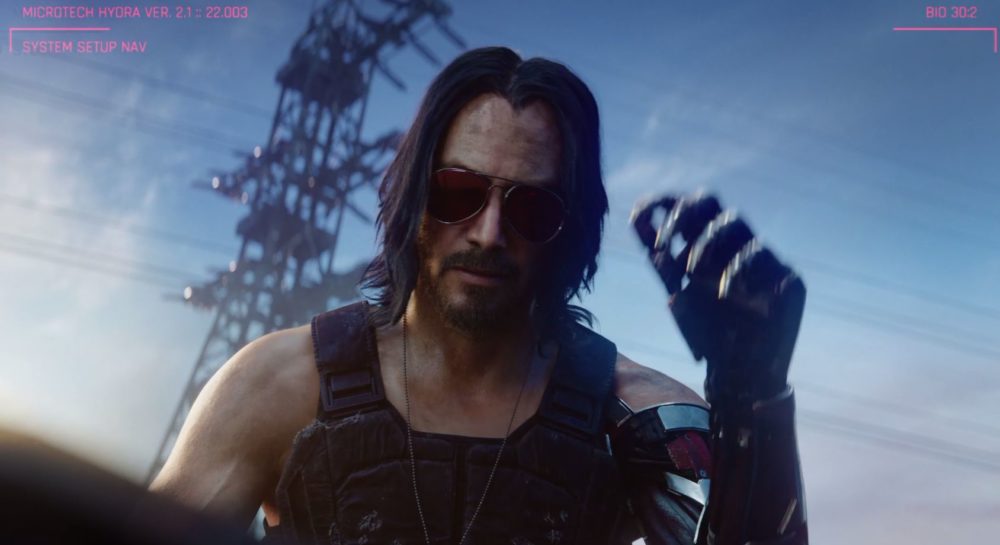 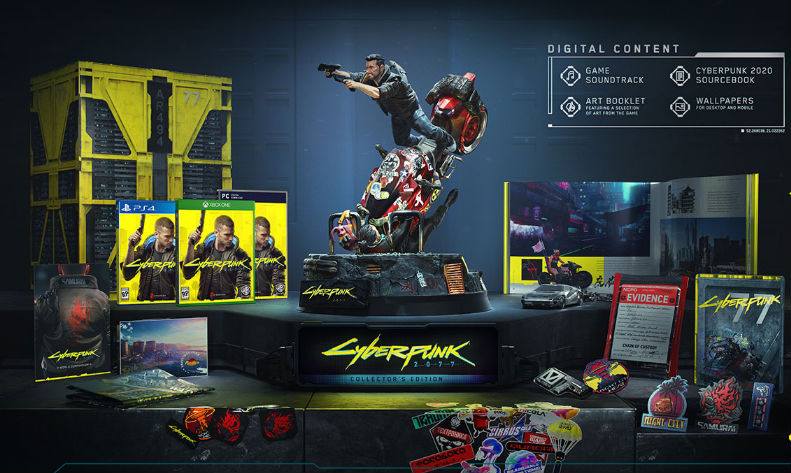 Hey wait, is that guy from a movie or something????!!!!?????
Reactions: brohmbel, MightySquirrel and Kadayi

Nice not too far away!
Reactions: Lawrence ‘Chunk’ Cohen
C

I never understood why everyone wants to have actors in their games, but Keanu I can live with.
Reactions: DjMystix, Kagero, ZehDon and 12 others

Finally, I can book time off work.
Reactions: EDMIX

JareBear said:
Hey wait, is that guy from a movie or something????!!!!?????
Click to expand...
You don't know Keanu Reeves? Known for The Matrix and John Wick

This cgi trailer looks like a Sony exclusive in ps5
Reactions: LucidFeuer and Somnium

Inject it straight into my veins
Reactions: OldGamer, EDMIX, Bolivar687 and 4 others

I want to see that gameplay footage part.

Really looking forward to Cyberpunk 2077. That trailer was pretty sick. Now I'm a little sad because I doubt the perofmaces and tone of game won't match that dark tone of the trailer. I imagine it's going to look more "gamey" in realtime. It just made me wish the game looked like that in real time tbh haha.

Anyone know which studio produced this trailer?
Last edited: Jun 9, 2019

The only good thing so far in this presentation.


It was awesome to see him. Looking foward to this game.
Reactions: Kadayi
C

But what exactly is the relevance of a cinematic trailer that is at the very least one generation away from last year's 45-min gameplay demo?
Last edited by a moderator: Jun 9, 2019
A

that was epic. easily the GOTY E3 moment. fuck all of the Final Fantasy hipsters and fuck your remake.
Last edited: Jun 9, 2019
Reactions: Kadayi

And that's how you secure pre-orders, gentlemen.
Reactions: Kadayi, Soleil rouge, wondermega and 3 others

did someone killed his robotic dog?

as with any rational human being, my response to this is of course, SO FUCKING IN!
Reactions: LucidFeuer and KyoShiRo330

It comes out the week before Borderlands 3 launches on Steam, oof.
Reactions: Kadayi

Holy shit. At first I thought that they were showing real time gameplay from the game and I was like goddamn, my 1080Ti can't handle this stuff for sure even 1080p 60.... but then, it was just an amazing CGI Trailer with Keanu at the end

April 16 2020 sounds good to me, plenty of time to save some money and invest them into Collector's Edition and if needed, to upgrade GPU. Can't wait!
Last edited: Jun 9, 2019
Reactions: Skyfox

Too awesome! My body is ready!

My PC is not ready though.
Reactions: EDMIX 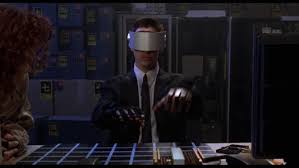 Johnny Mnemonic himself. Makes perfect sense. I really hope we now see a plugged in dolphin in CP2077.

That was a big surprised seeing his character in the trailer and then Keanu pops out of nowhere for the presentation... really cool!

Keanu seemed out of his element and I think overwhelmed but the little exchange with the audience was charming.

Between the first Matrix film and the John Wick films Keanu is on my very short list of celebrities I like. Hopefully he and CD Projekt Red compliment each other well.
Reactions: Kadayi

SlashBringingHasher said:
that was epic. easily the GOTY E3 moment. fuck all of the Final Fantasy hipsters and fuck your remake.
Click to expand...
But I want both.
Reactions: DjMystix

This was the coolest part of the conference IMO
Reactions: DjMystix, Skyfox and Kadayi

April 16th 2020 is a Thursday so im going to predict a delay from that date but we'll see. Keanu Reeves being in Cyberpunk 2077 is awesome as I can go John Wick on everyone's ass!!!

I would shit my pants if it happened.
Reactions: Qwan3356, DjMystix and Kadayi

This looked great. I still wish it was a third person game. I will definitely get this at some point but not on release.
Last edited: Jun 9, 2019

Confused about the collector's edition being available Apparently, but you can't preorder it? Did I miss something?

After seeing those special edition leaks I was thinking this year. Seems later than I thought it would come out.

My god. Keanu Reeves reveal was one of my favourite E3 moments ever. Breathtaking.
Reactions: GC_DALBEN, Insane Metal, Skyfox and 2 others

Keeanu in 2077 looks better than any character CPDR has created IMO.
Reactions: GC_DALBEN, DarkArterialGore, Insane Metal and 2 others
S

Want to play this but coming next year? I will want to have it day one but i think i will wait to play it on PS5.

Hyped to the Max. Impressed that CDP managed to keep the Keanu thing under wraps. Hoping that we get some further gameplay reveal from the show itself.

Also storywise I hope that how events play out are only an option rather than a certainty.
Reactions: Insane Metal and EviLore

Keanu was hype AF, wish he was the main character

Hopefully his character in the game actually has some significant game time.
Pretty cool get for cdpr really
Reactions: Solarstrike, Kadayi and Skyfox
S

but still so long 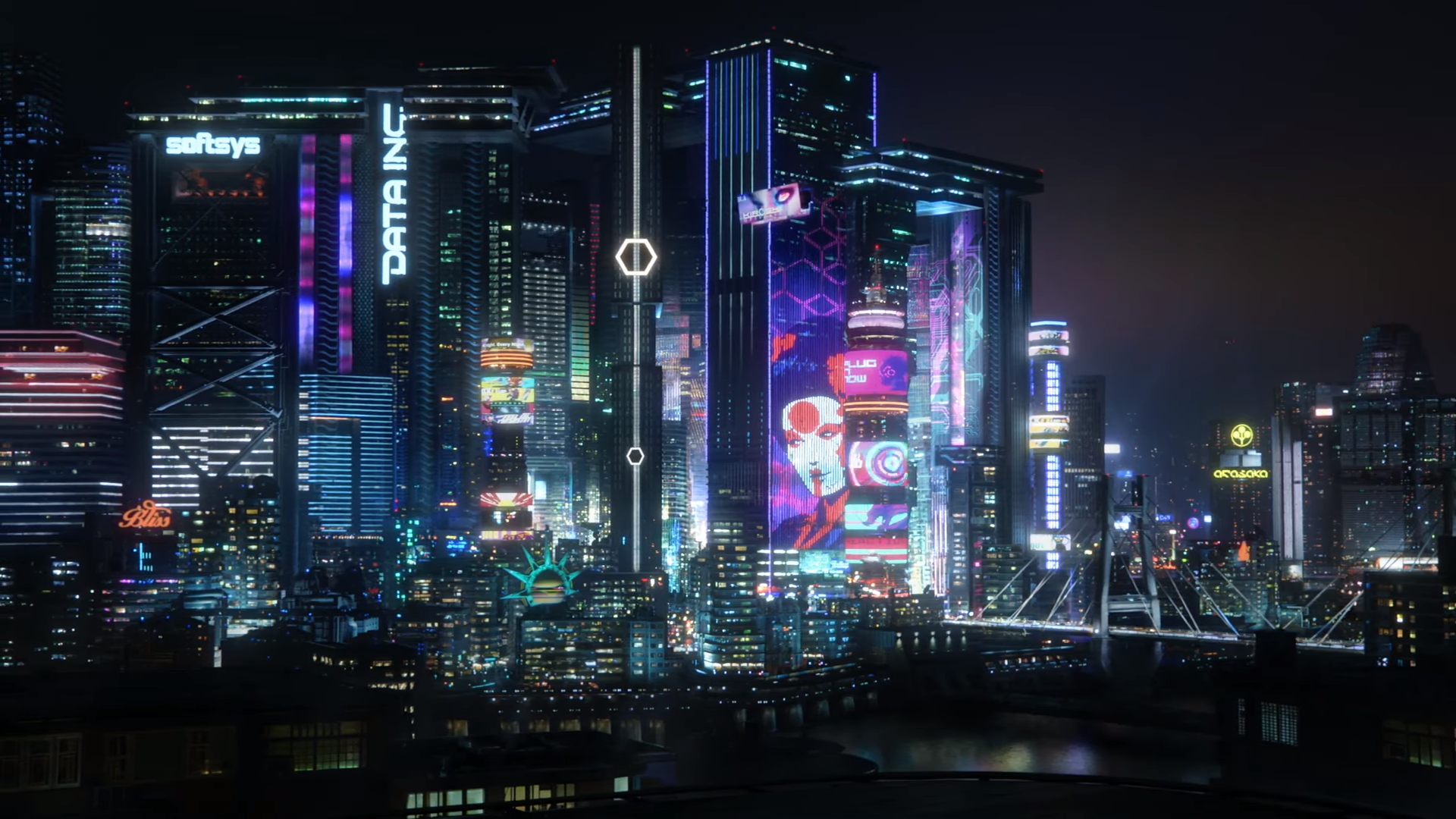 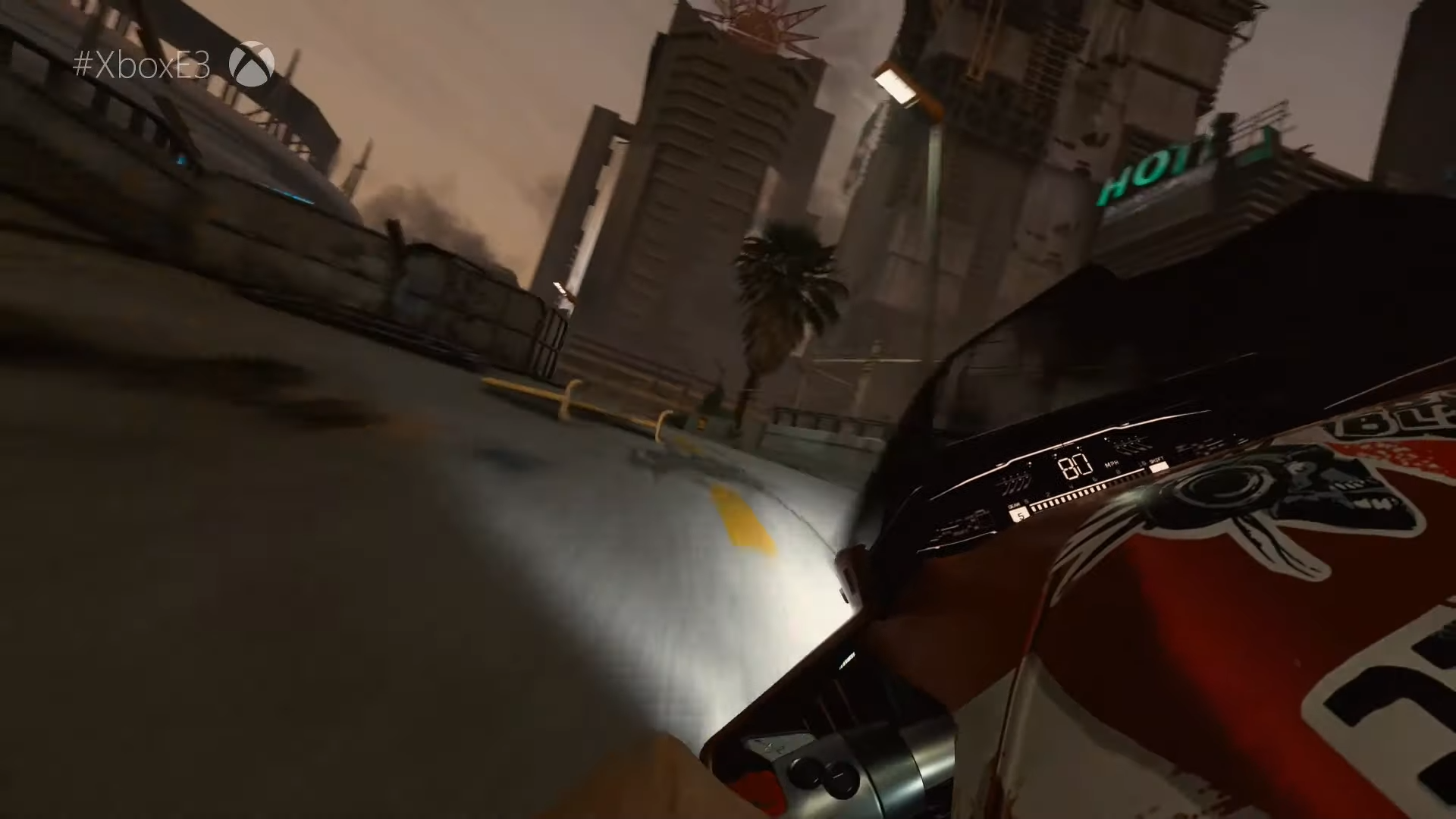 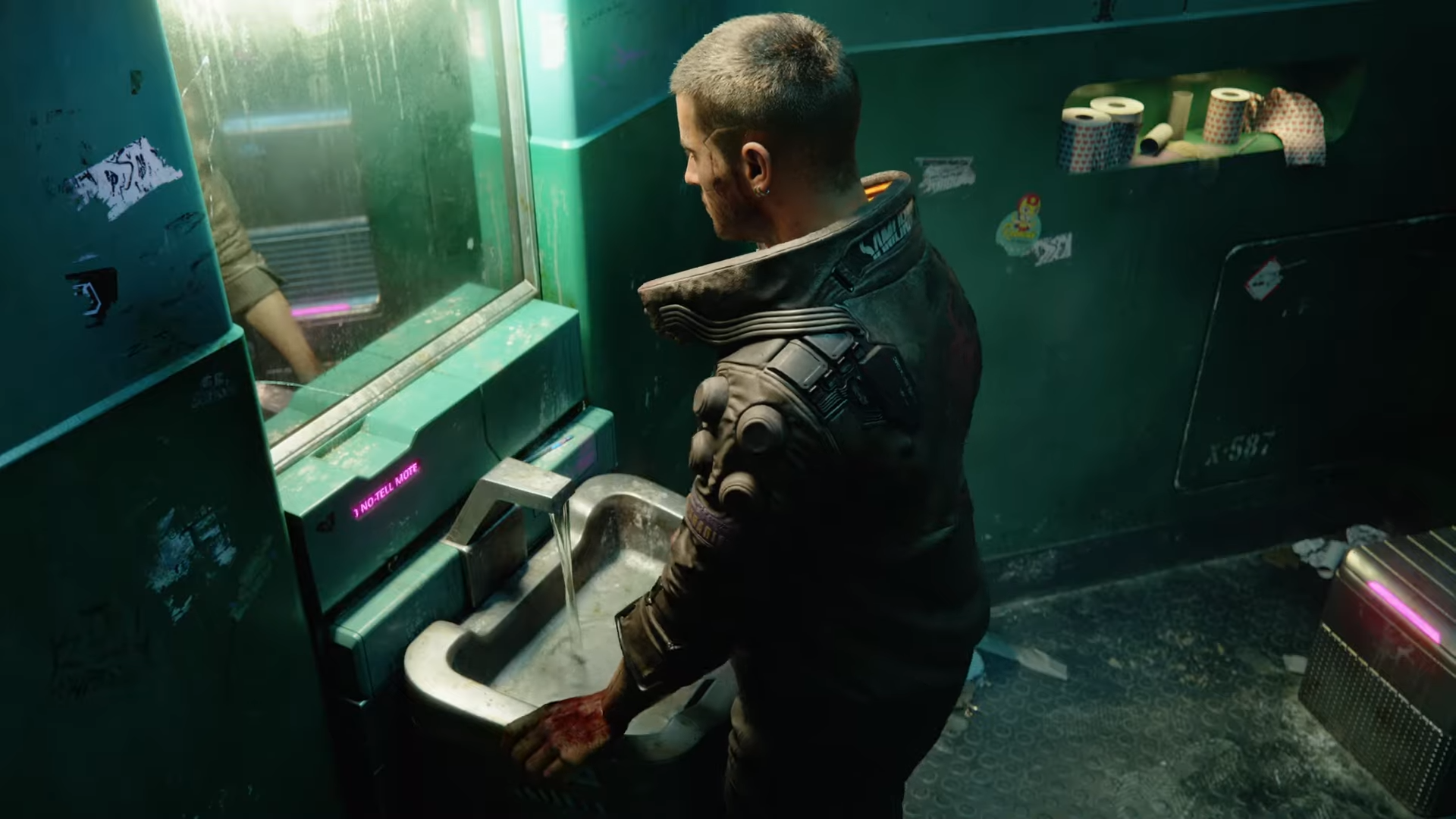 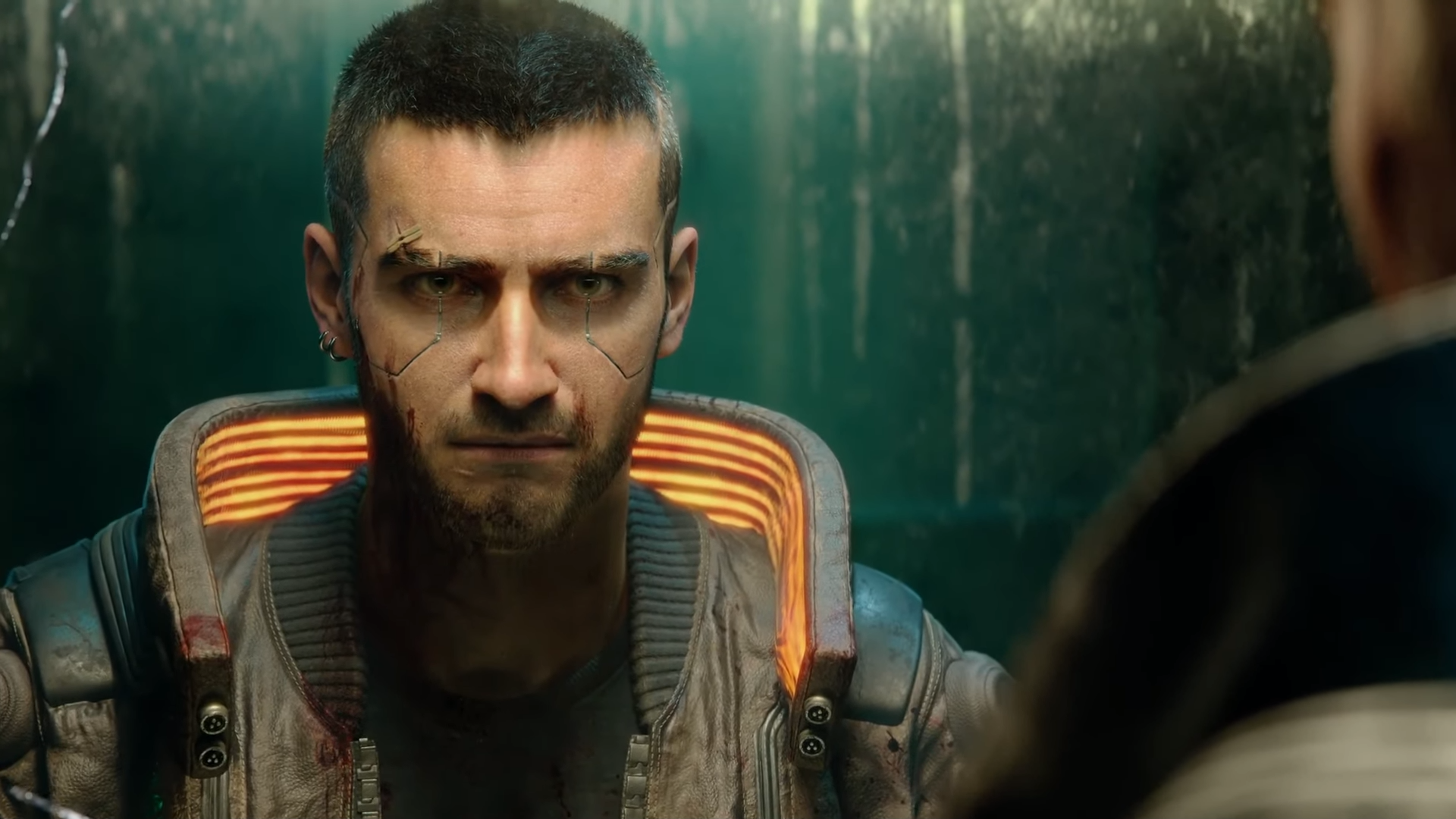