Since I don't want to keep updating the OP with every version: Version 0.4 including the DoF fix is now online.

Some information for those having trouble with their framerate being locked at 15:

chiablo said:
If you have a 120Hz monitor, you might run into one of two problems:
Framerate locked at 15Hz, or resolution is locked at 720x540.

The fix is to open up the DarkSouls.ini file and manually set your fullscreen resolution and monitor's framerate there.

Some people have reported that using HDMI rather than DisplayPort also resolves the issue.
Click to expand...

EDIT: Download is UP!
Blur is fixed!
God's in his heaven, all's right with the world! Edit: I think some expectation management is required:

Durante said:
People really shouldn't order the game and expect to play the whole thing at high res just yet.

Again: No one knows yet how well (or if at all) this works for the entire game!

If you're unsure, wait a day or two for feedback!
Click to expand...

Durante said:
Again, I'd really prefer to keep the discussion away from what FROM should/could have done.

1) We don't know yet if this works for the entire game
2) We don't know the circumstances of the port
3) Even if they did mess up, it doesn't help much to point and laugh
Click to expand...

As most of you may know, the Dark Souls port for PC has a fixed rendering resolution of 1024x720. I couldn't believe this when it was first rumoured, and when it turned out true I vowed to do my best to fix it.


What is it?
It's an interception d3d9.dll that you place in the same folder as the game executable. It intercepts the game's calls to the DirectX 9 API and changes them as necessary to enable a higher internal rendering resolution.


How do I use it?
Place d3d9.dll and DSfix.ini into the game's binary directory. (The place where DARKSOULS.exe is)
You can open DSfix.ini with a text editor to adjust the desired internal resolution.


Will it work?
So far, this has only been tested on my computer, on the first half hour or so of the game. I can not and will not guarantee that it will work for anyone else, or not have any adverse effect on your game/computer. Use at your own risk! If you encounter any issues that seem like they could be caused by DSfix, let me know.


Why is it still blurry?
I don't know at this point in time. It's already clear that there is a lot more detail and less aliasing using an increased framebuffer resolution -- as you would expect! -- but there is some residual blur. I'm trying to work out if this is due to my method or something inherent in the game. I will certainly continue working on this.


Will it cause performance problems?
That depends on your system configuration. Usually, performance scales rather linearly with framebuffer size, and so far this game does not seem different. My 660 maintained a locked 30 FPS throughout ~ 1/2 hour of testing in the starting area of the game at 2560x1440.


Can I donate?
If you really want to donate I won't say no, I'm not particularly rich .
Go to my blog post about the fix here.

I'll provide the download links here soon. I just thought it would be good to have a separate thread so that the discussion in the OT can focus on the game again.
D You sir are a gentleman and a scholar.
S

You're a genius.
B

And to think that I was ready to play this with a shitty res... that pic looks so much more detailed. Durante you are the mang
M

Wait... the game is out already?
D

PC community to the rescue.
L

Wow, thanks for this! Love to hear how it works for other people. I've been holding out on getting the PC port, but I might go ahead and dive in if this doesn't have any issues.
D 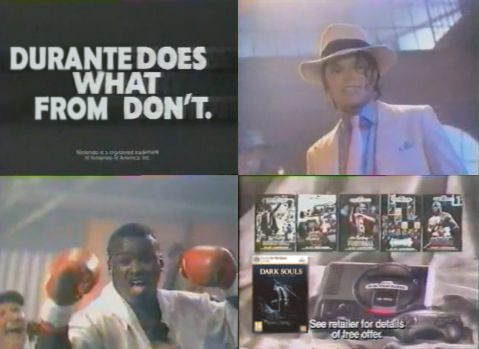 Thank you Based Durante. Praise the sun.

Subscribed. And thank you.
D

I was thinking "Someone out there has to be able to mod this and make it render correctly..."

Why does the game still have that upscale blur btw? Pic still looks kinda rough.
R

Metalmurphy said:
Wait... the game is out already?
Click to expand...

No surprise to see this coming from the glorious "Torment is the greatest game ever" brotherhood.
F

Hopefully, I can force AA on top of this.
C

Nice, but the game looks so muddy even like this, wow. At least in your screens. Better still, obviously.
W

Thanks for making me spend more money this month.
D

Thanks again, Durante. If it's confirmed that the game can handle a constant 30FPS, even throughout Blighttown, I'll be buying it.
E

Great job, but holy crap this is pathetic. From/Namco, are you really even trying?
R

Rule: Never Force an internal framebuffer on PC Gamers. It WILL be broken.
D

This single-handedly made me interested in buying this again. Already played a bit on PS3 so I am happy that it will now actually take advantage of my PC

We love you, Durante!
M

Now I might actually buy the damn game.
D

Any word on the feasibility of unlocking the frame-rate?
T

Alextended said:
Nice, but the game looks so muddy even like this, wow. At least in your screens. Better still, obviously.
Click to expand...

Someone needs to explain to me what the issue was with playing at the game's original resolution (serious question, no sass intended).
B

So let's get some screenshots already.
D

Zeliard said:
No surprise to see this coming from the glorious "Torment is the greatest game ever" brotherhood.
Click to expand...

Obviously, a person with PS:T avatar will be the best.

23 minutes? Wow, I'm lost with words now. How about you contact From or Namco, maybe they can patch the version


Tomat said:
Someone needs to explain to me what the issue was with playing at the game's original resolution (serious question, no sass intended).
Click to expand...

Shit resolution would be STRETCHED on your screen. Imagine 720p stretched to 1080p, as that's what most of us are using. Not bad still? Now imagine that instead of your TV 3 meters away you are looking at it from 50cm. Yeah, not fun.
M

Tomat said:
Someone needs to explain to me what the issue was with playing at the game's original resolution (serious question, no sass intended).
Click to expand...

Everything looks sharper and less aliased at higher resolutions. Specially when your sitting close to the display, which is something most people do when playing on PCs.

Good stuff, Durante. Went from a wait for sale to will buy soon.
D

Tomat said:
Someone needs to explain to me what the issue was with playing at the game's original resolution (serious question, no sass intended).
Click to expand...

It would look terrible on a monitor that's not native 1024x720. That would make it everyone's problem.
B

Good work -- are you planning to release the DLL source code?
T

Metalmurphy said:
Everything looks sharper and less aliased at higher resolutions. Specially when your sitting close to the display, which is something most people do when playing on PCs.

I'll have to look at some comparison shots then. That screenshot looks like an upscale to me as well.

Props to durante though.
S

dat Durante.
You must log in or register to reply here.