The string E3 IRL2017ko is featured many times on the site. Update: Now removed from the source.

Today February 12, 2017, the website for E3 2017 was updated. Registration (for consumers) begins tomorrow, February 13. There is a link to the registration page but it says only that registration is not yet open. I have been told media registration begins February 14.

Basic stuff really, and a lot of remnants from the E3 2016 page still linger. An exhibitor list is not yet available, but there is a rolling banner with company logos (though these have a 2016 designation, so likely not reflecting the list for 2017). 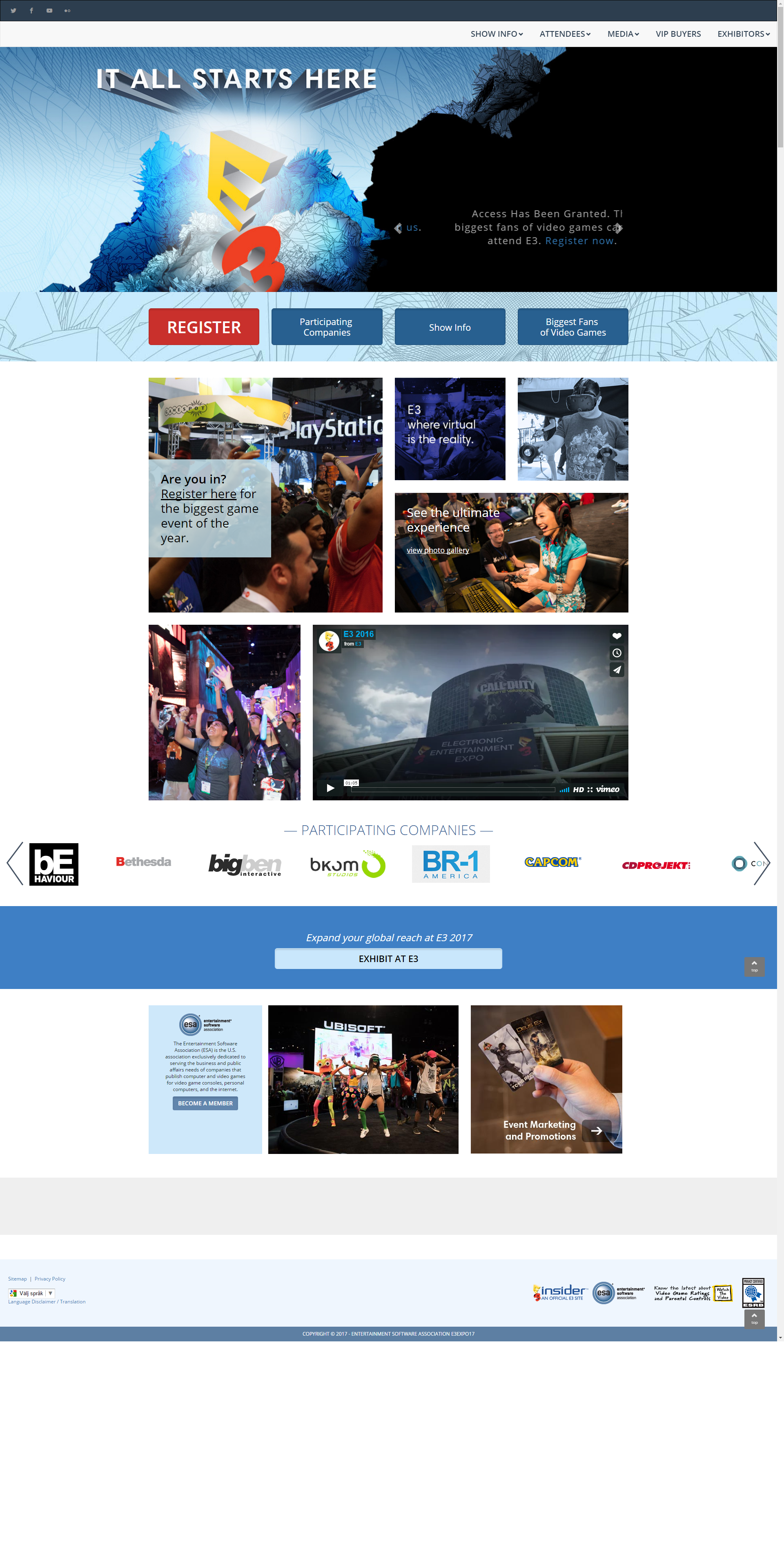 I'll dig through the site further (I've been doing this regularly for some time now) to see if there is anything more interesting.

Also, due to the event being public this year, posting the attendee policy can perhaps be of interest:

I doubt we'll see anything interesting show up until way closer to the actual event, but I commend your service nonetheless.

I wonder how long it'll take to sell out- my bet is less than a week.
A

Its that time of year again .
M

Cant imagine spending 150 - 250 dollars to go to a convention, even if it is for gaming. Big conventions are oh so busy and overrated. They are just exhausting mentally.

I went to CES 2008 (my dad fixed me in via his company) and actually saw Bill Gates last keynote for Microsoft. Was at The Venetian Sands in Las Vegas. That was very fun but the convention itself was very exhausting to be at.

I pray The Last Guardian will be there.
R 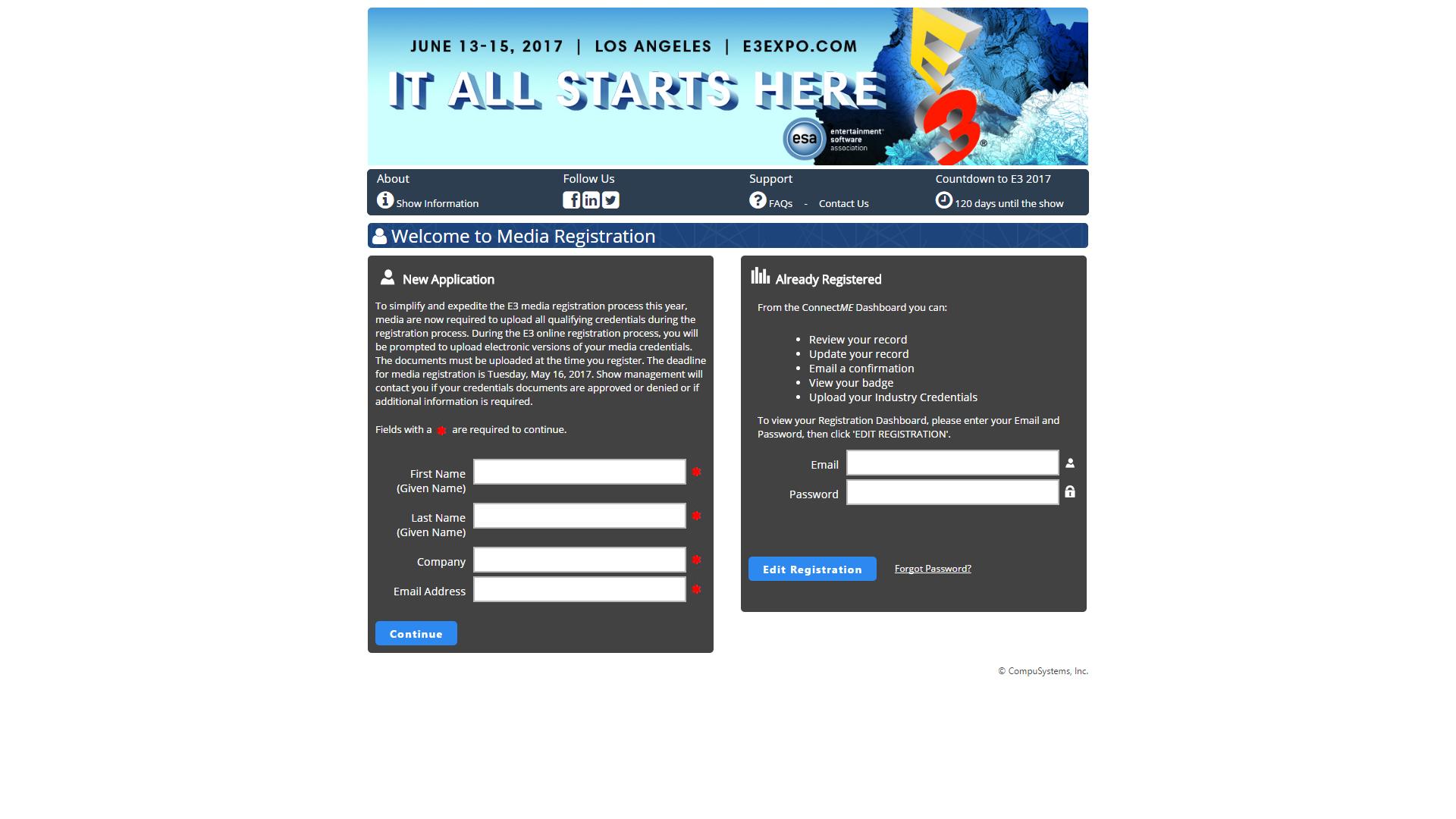 May 13, 2021 started IbizaPocholo
May 13, 2021
Zefah
Opinion Business Event The ESA says future E3 shows will ‘probably be a mix of physical and digital’