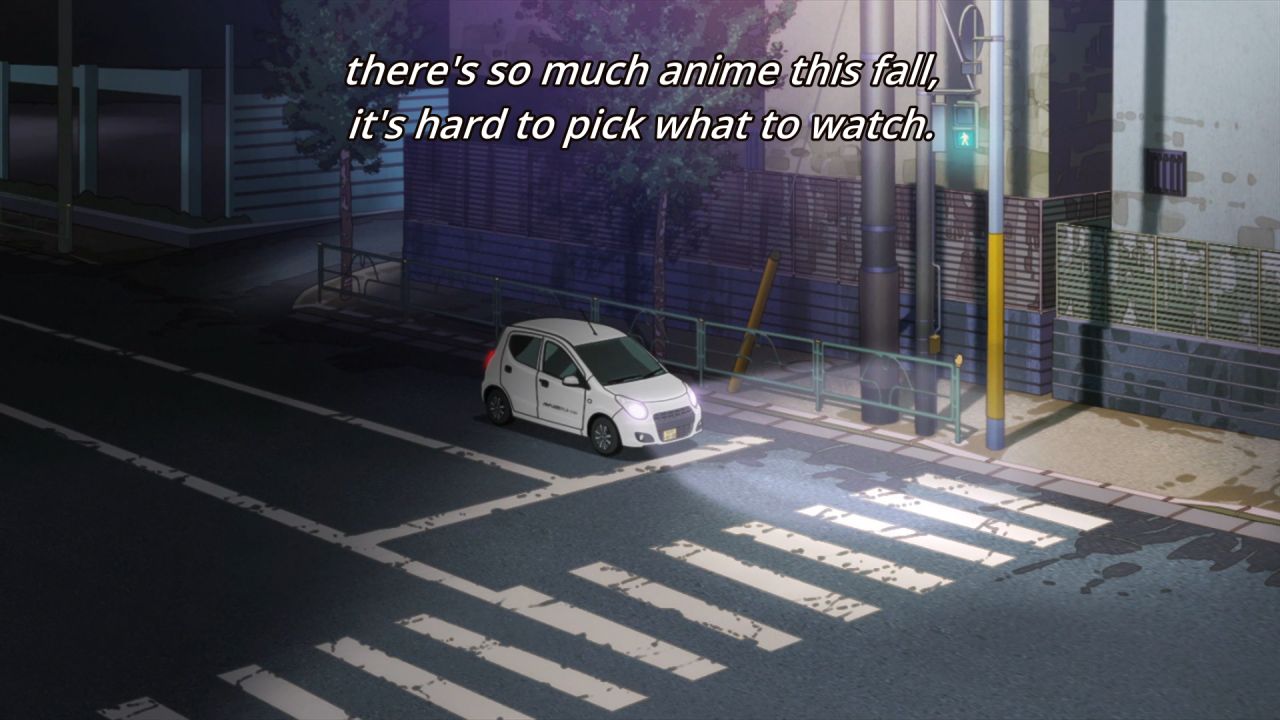 Click to expand...
So much realism, I can't handle this.
B

I guess I'll have to make the Shirobako OT myself.
H

Uh Mika, can you stop bitching for just one moment 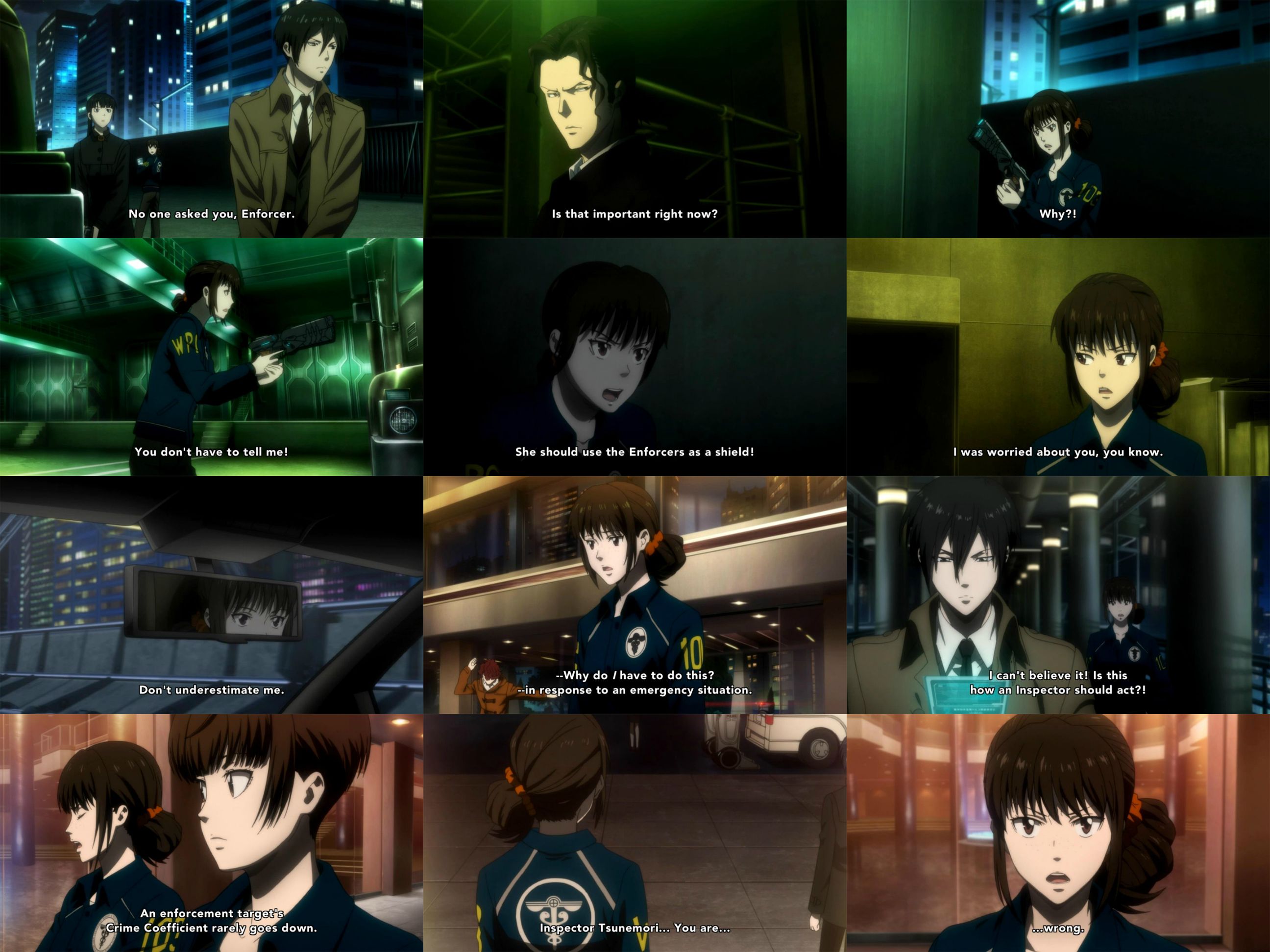 KimiUso OP is gud - https://www.youtube.com/watch?v=UvX81rJpwNc
(EDIT - beaten by hosanna because I pressed preview instead of post, curses! It's still good.)

Admiral Woofington said:
We will correct this and bring Book of Mormon to Japan.
Click to expand...
This is... unlikely to ever happen. Scatological humour doesn't play well with the theatre audience in Japan.
B

Psycho Pass's femchar designs look as bad as ever.
D

Subbers are being very slow today. Wonder why.

Psycho Pass 2 - 1
Akane is a badass. New girl is a wimp. And new villain to kill people off.
This episode is kinda ok, it's what you come to expect of the series now.
K

Admiral Woofington said:
please let there not be a love triangle between the soccer friend and the two leads
Click to expand...
Two girls, two guys, seems obvious enough.
C

So if I were writing this show I'd kill Tifa and replace her with literally anyone I'd take this conspiracy to create a New World Order and continue the Totally-Not-The-One-Year-War and expand that into the overarching villains and plot of the series. I'd probably set Enil El up as the Chartype, with her desire to avenge her father, and as a twist I'd reveal that Doc was the one responsible for it.


But because this is Gundam I'm fully expecting the Definitely Gay For Each Other Brothers to be the only enduring foes and for them to fumble their way through to cancellation without even the least bit reason and explanation.
P 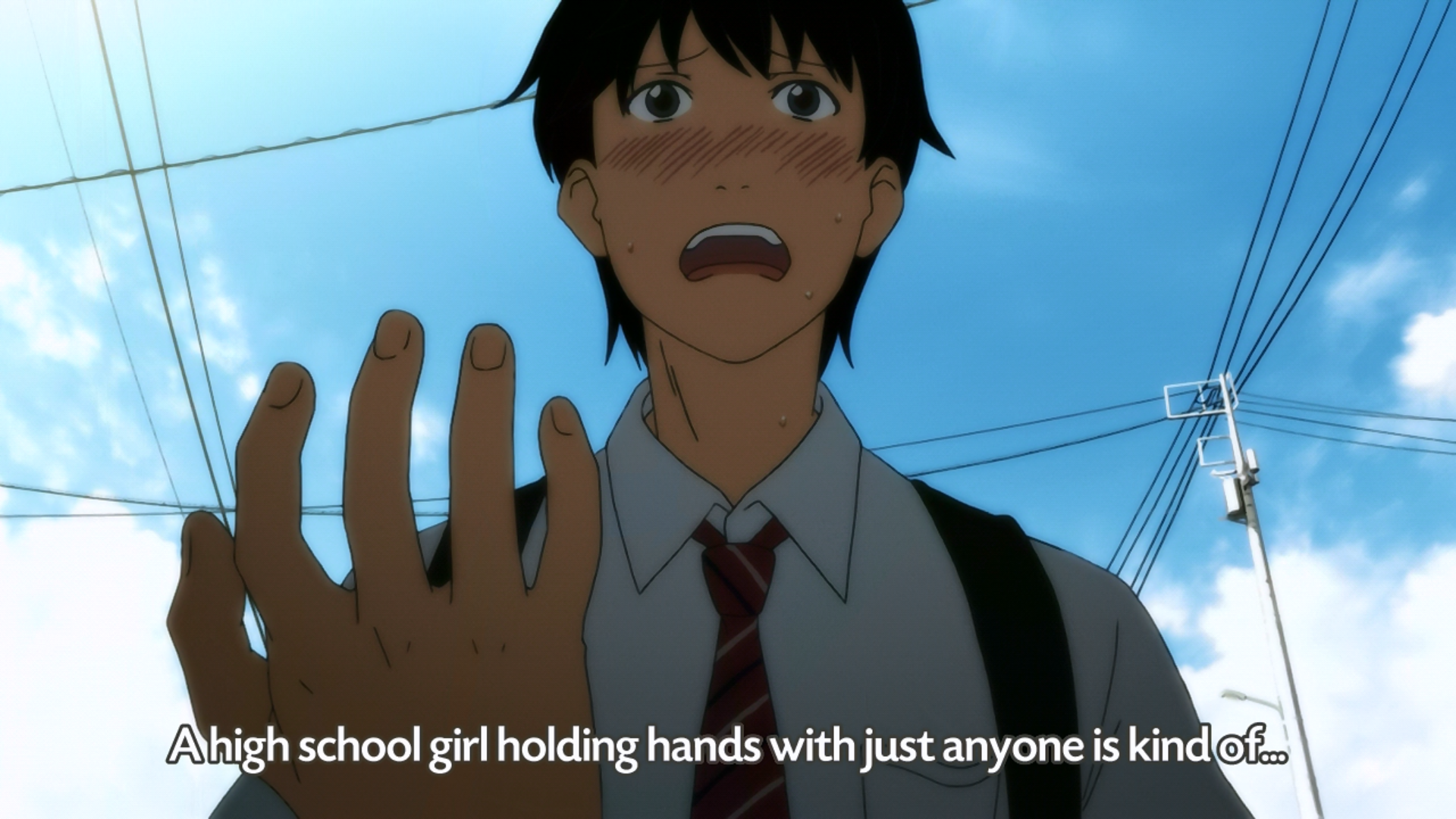 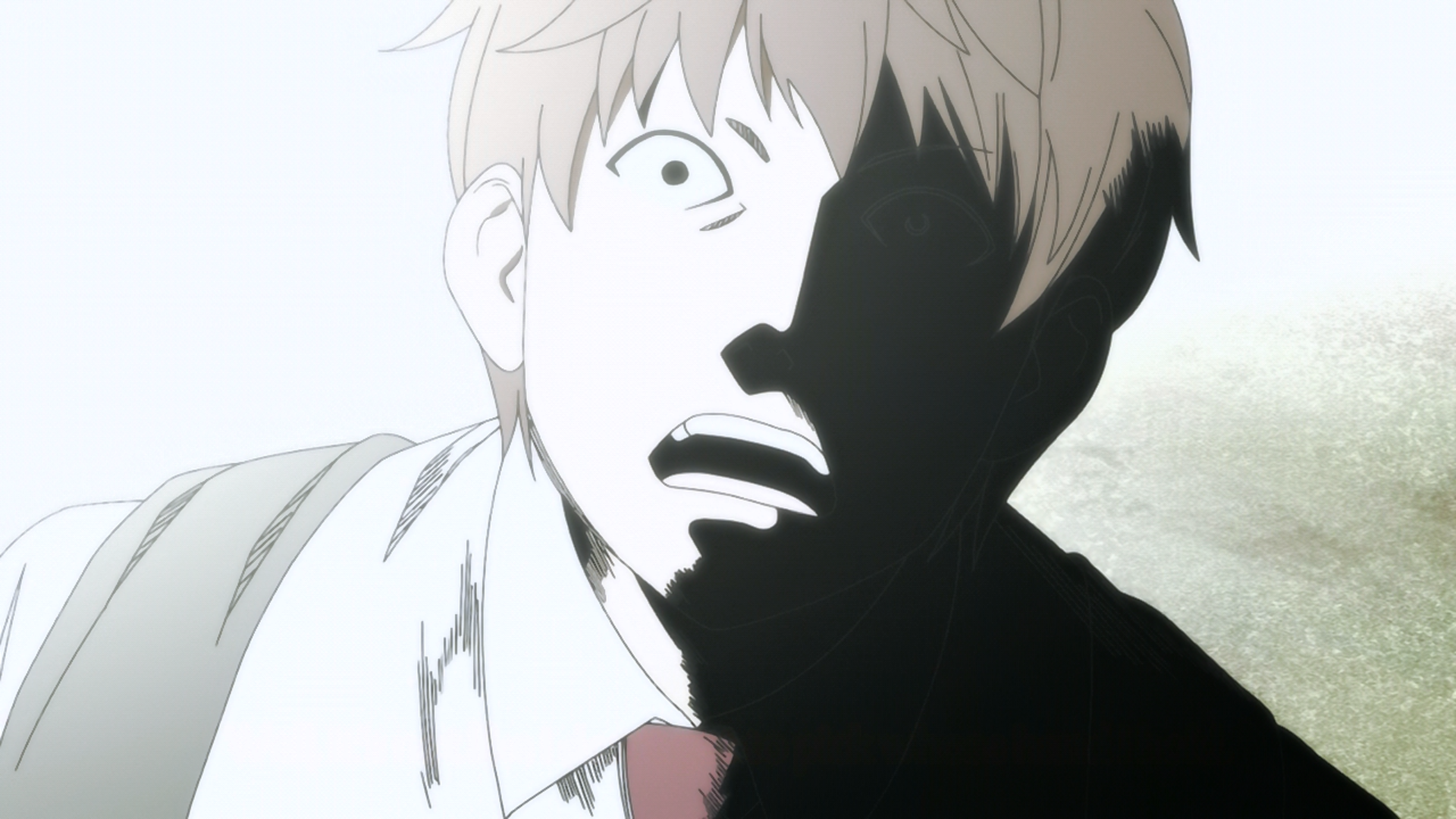 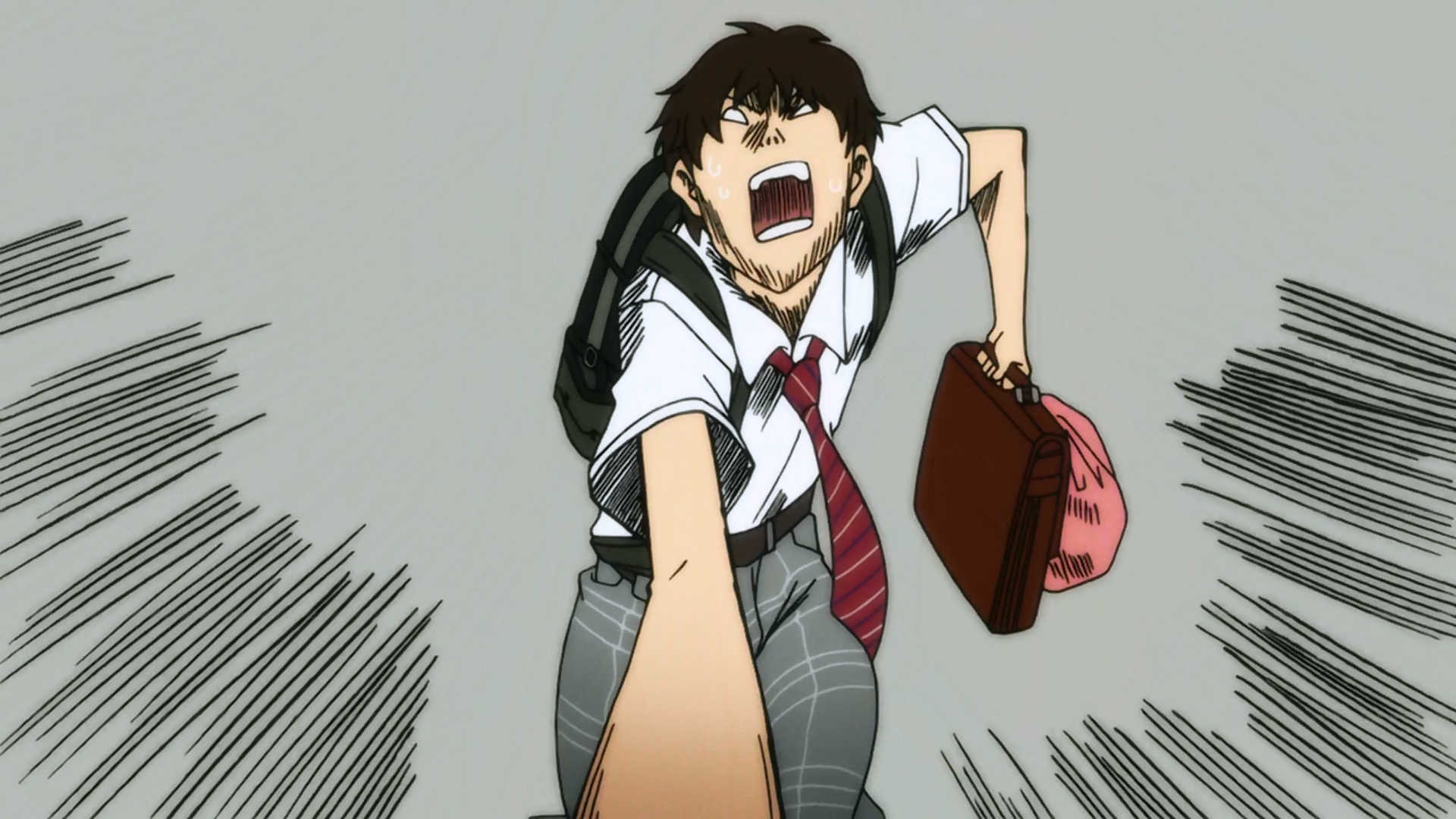 Reaction faces are strong in this one. Must say I expected bigger focus on the maid cafe part but after the initial 2 episodes it took a backseat most of the time. Not that I mind, Hotori and the the diverse cast of weirdos that this town holds is incredibly entertaining. Seems like policeman will get his 5 minutes in the spotlight too.
T 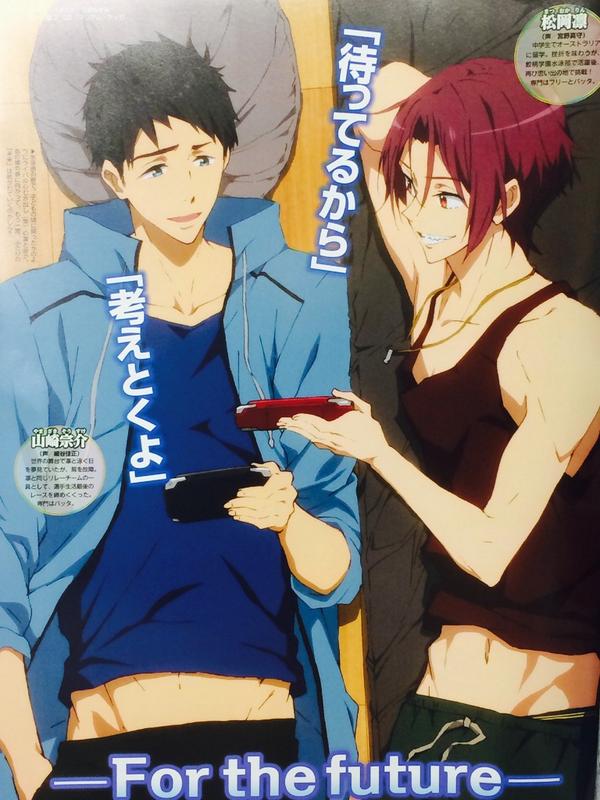 Click to expand...
Ok Kyoani, I forgive you for Amagi Brilliant Park!
B

So, Ghost in the Shell: Arise is on Netflix now. How did it turn out?
T

hosannainexcelsis said:
Shigatsu wa Kimi no Uso OP
Click to expand...
Some of the faces remind me of 3 Gatsu no Lion.

Baroquemantic said:
So, Ghost in the Shell: Arise is on Netflix now. How did it turn out?
Click to expand...
If you liked Mardock Scramble I suppose you might enjoy it.

If you like Ghost in the Shell stick with your memories of better anime.
T

Jexhius said:
If you liked Mardock Scramble I suppose you might enjoy it.

If you like Ghost in the Shell stick with your memories of better anime.
Click to expand...
Ouch.

I wouldn't be as negative about Arise, Baroquemantic, give it a try.
M

Let me guess: The first episode of Psycho-Pass 2 is a bunch of heavy handed parallels to the beginning of the first season.
J

hosannainexcelsis said:
Shigatsu wa Kimi no Uso OP
Click to expand...
but who is otp?
B

If you liked Mardock Scramble I suppose you might enjoy it.

If you like Ghost in the Shell stick with your memories of better anime.
Click to expand...
Oh...

I've never heard of Mardock Scramble before, but I just looked it up and the description sounds aight.

This was alright. I wasn't a huge fan of the first season. As long as Kogami and Ginoza gets enough screentime I'm onboard. Hopefully the new antagonist can surpass Makishima
M

Though I only stop by noitaminA every few seasons, if a concept's appealing enough, I don't care where it's airing. This reminds me the most of Sakurasou, with Tsubaki filling the Misaki role in this. I've been a fan of Ayaneru for a while, so having her in a show like this is pretty good. Kaori is also unusual, not in the least because her name is spelled &#12363;&#12434;&#12426;. The music is here to supplement the characters, not the other way around, I believe, and I already like the characters plenty. There's a lot of comedy, which is good, and also an undercurrent of drama that could really help. I'll be watching both noitaminA shows in January, so good to know that the one I picked up is going to be good to stick around for. Really getting a lot of mileage out of that OP song.
P

Akane, the hero we need. The episode is trying so hard to make Akane look COOOOOOOL by making a similar situation to first episode and show how she's changed. More talk talk talk, in the end of a chase have some social commentary. New inspector sucks.

It doesn't look any better than before, probably not worse either. The Psycho Pass you love/hate is back...

duckroll said:
It's a good OP. Lots of dualism and repetition motifs. The PP OPs are always filled with #deep #meanings, great color use, and really abstract flow. Glad to see Ishihama keeping the tradition.
Click to expand...
I get what it is going for I think but that head tilting bits pull me out, it looks funny... It's appropriate I guess!

This is clearly the best anime about making an anime airing this season!
E

sealed with a kiss

This is clearly the worst anime about making an anime airing this season!
Click to expand...
fix'd for truth

This is clearly the best anime about making an anime airing this season!
Click to expand...
High remark!

fake edit: this isn't as funny with Envelope reply.
J

I thought this was going to be wacky.
M

now I gotta add another show to watch now?
C

jbug617 said:
Sentai got Tribe Cool Crew
http://www.sentaifilmworks.com/news/sentai-filmworks-licenses-tribe-cool-crew
Click to expand...
Huh. I'll be honest, I didn't expect this to get picked up at all. Though if anyone would grab it, it would be Sentai; they'll pick up anything they can get their hands on.

I expect that they'll pick up Shirobako soon. Since Funi didn't get Parasyte, I wouldn't be surprised to see Sentai grab it instead.
B

I thought this was going to be wacky.
Click to expand...
The blond guy didn't get the key frames from the key animator in time, and now their entire production is FUBAR. It doesn't get wackier than that!
F

Shirobako looks promising going off the impressions for the first episode but I have to wonder how they will keep the show going for two cours.
A

One of the best, more time screen for Seo, some hilarious moments (that singing scene of Kashima was hilarious). 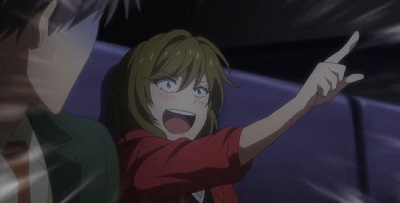 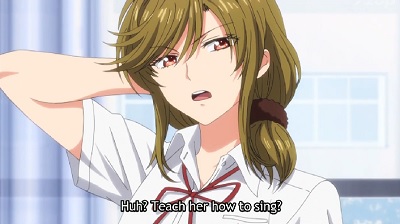 Spin off with her as main character please!

I thought this was going to be wacky.
Click to expand...
It really...isn't. It's just people making anime.
C

Femmeworth said:
Shirobako looks promising going off the impressions for the first episode but I have to wonder how they will keep the show going for two cours.
Click to expand...
Maybe the first half could be the team doing their TV series, next half could be them doing something like a movie? I'm sure there's some differences in production that would be interesting to see.
D

Welcome back Chaika! So glad this show is back. One of my favorites from the Spring season. Ep was solid too!
F

Strong adaptation of the first manga chapter. It's mostly straightforward, but there's little bits of editing and minor changes which make things flow better. The production is quite polished, the visual storytelling is on point, and it conjured up the right atmosphere at the right moments. The small things which annoyed me in the manga are still there, but they were handled pretty well and the director keeps control so that the comedic moments don't damage the tone of the more serious moments.

I do have to deduct some points for the rather hackneyed choice of the third movement of Beethoven's Pathetique Sonata, though I suppose it gets the point across succinctly.
C

Typical japan
http://girls-und-panzer.at.webry.info/201410/article_5.html
Click to expand...
This is the most glorious thing ever possibly.
Certainly up there.

Reknoc said:
i think there is enough room in this world for two lewd mermaid shows
Click to expand...
The one above them all
https://www.youtube.com/watch?v=VX6GHkmTCSA

Phatmac said:
...guys I can't stop watching gundam build fighters oh god I want this in real life so badly.
Click to expand...
Ive been saying that since I watched Angelic Layer. Japan I am disappoint.

duckroll said:
The Kimiuso OP is looking pretty great. The official twitter account has been teasing screens from it. It's directed and storyboarded by Ryosuke Nakamura. <3
Click to expand...
Ohh I really like this! Musical anime is usually pretty good.

jbug617 said:
Sailor Moon Set 2 is up for preorder 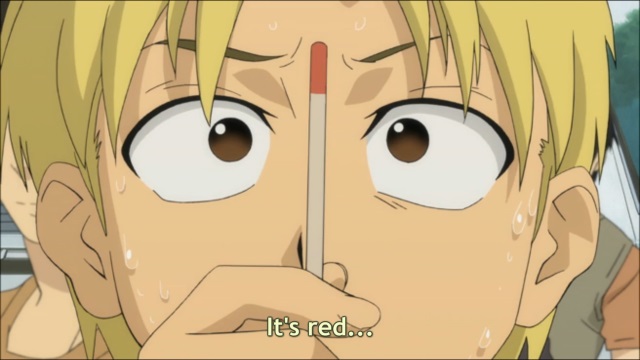 Click to expand...
Sawaki draws the short straw and has to get stuck in unfamiliar places.

They also mess about with planting rice, gets to know more fermented foods, gets wanted for stealing and saves people from food poisoning. Some weird looking earthworms too. Wonder how far the professor is willing to go to keep Sawaki's abilities a secret.
J

Holy crap. This is great. The directing, editing, animation (other than bystander CG lol!), all is top notch. The body horror is extremely well done. The pace is really good. It's fast, but not without making the audience feel lost.

I've read the manga before, so i know what to expect of the story. madhouse did a proper adaptation on this one. Modernize the setting while still keeping the plot intact. Fucking amazing. No censorship to boot. Dammit. I'm in this. This is even better than FSN UBW ep. 1

Also, i like the OP song as well. Not really digging the dubstep though.
T

The execution of the adaption (visuals, direction, some character moments) was decent enough, but for now I'm still unconvinced with the base of the story: drama about the boy who now hates music because some tragic past, the girl who will make him rediscover music again, and some romantic square where mc will like blond, childhood friend will like mc, second boy will like childhood friend (my personal bets, at least, second boy + blond is a red herring).
It doesn't seem this is the type of story that will improve strongly, it's what it is, so the hope is much stronger direction and character growth in the furue.

I will be happy if I'm shown wrong.
D

Shirobako |OT| from the director of Blood-C