G.I. Joe: Operation Blackout - is anybody playing this? Bueller?

This game released last October during the fall rush on PC and all three consoles, and it didn't make much of a ripple. The Metacritic score is sitting at 51. It was a new developer who probably had some challenges.

I've wanted a great GI Joe game since I was 5 and was hoping this was it.

Can anyone recommend it? Does it have potential? Has it improved over the last six months? 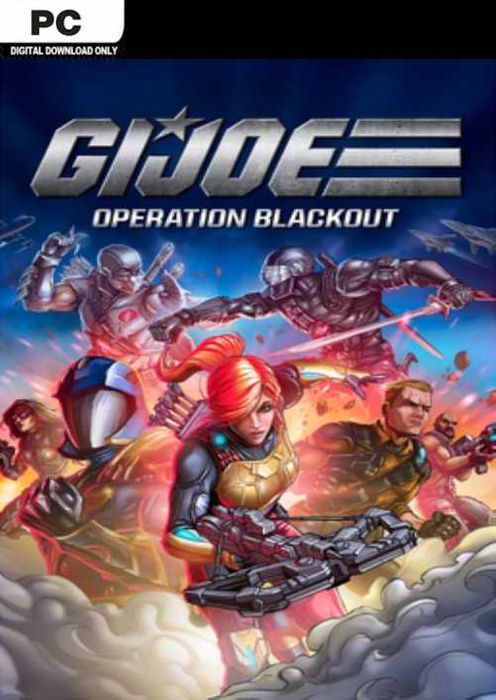 I tried it, but the aiming was terrible on it. It was a chore to play. After 1 level, my buddy and I gave up. It did have couch co-op though, which is a nice plus. We switched to Power Ranger Mega Battle, which is fantastic (though admittedly, not the same genre).

The developers messed up the aiming. No matter what sensitivity I chose, it never felt natural. It's too bad, because the visuals are solid and the game mechanics (i.e. shoot a bunch of bad guys, shoot bosses) are entertaining.

i wanted it until it was announced that the multiplayer, didn't include online?

ItsTheNew said:
To quote Drake: "No don't do it, please don't do it."

Game Dev CEO of HOUSEMARQUE: we are truly thankful to our publishing partner Sony, who has given us an opportunity to work on something very risky.

Wednesday at 3:16 AM started Jubenhimer
Wednesday at 1:17 PM
Maiden Voyage
WWE 2K22’s boss says he’s looking at Smackdown and No Mercy for inspiration