Laura (one of the reliable sources of Switch information so far) wrote a huge article about her sources and how she got all her information. I highly suggest reading it.

It is located here (any bolded emphasis is mine):

I am VERY confident in saying that the Nintendo Switch screen is a touch screen, but that is not core to most gameplay.

I&#8217;ll be there for menus, for drawing, for certain games like Mario Maker port etc.

I&#8217;m confident in saying that the Nintendo Switch&#8217;s screen is a multi-touch screen.

These tweets were based on information from Source A (Nintendo). As shown above, they knew enough to know when the reveal trailer was coming before the official announcement. They know their stuff.
Click to expand...

RE: dock, what I&#8217;ve heard is additional processing (lacking specifics atm) for when docked. However, would expect a few secs to switch.

If there is additional processing in the dock, I would expect at least a few seconds to swap handheld to console etc.

This information again came from sources A (Nintendo), B (Ubisoft) and D (Manufacturing). None could confirm whether the dock is a PlayStation VR-style processing box which helps power higher resolution play when docked, or if docking the console simply allows the handheld to overclock and provides better performance that way. All sources claim the hardware has an easier time running docked compared to when out and about as a portable.

Many on Twitter have drawn my attention to this interview with IGN where Nintendo state that &#8220;The dock is not the main console unit of Nintendo Switch&#8230; The main function of the Nintendo Switch Dock is to provide an output to the TV, as well as charging and providing power to the system.&#8221;

To that, I reply that they repeatedly use the words &#8220;main function&#8221; and &#8220;Main Console&#8221; here which still leaves a lot of room for clarity. I believe these statements were aimed at clarifying the Switch was not another Wii U style console rather than saying the dock won&#8217;t in any way alter game performance. You can&#8217;t play the dock without the handheld, but that doesn&#8217;t mean the dock won&#8217;t improve game performance.
Click to expand...

Source A (Nintendo) described the Switch as having a &#8220;mediocre&#8221; battery life. Source B (Ubisoft) has said a maximum battery life of three hours.
Click to expand...

I got shaken reading 3 hours.
B

3 hours?! Christ... How the fuck do you even call that portable?

Hopefully 3rd party batteries will be able to save us
J

Holy shit that is horrendous!
O

Hoe would a game that requires the you h scree, like Mario maker, work in the dock?


it was fun while it lasted. 3 hours is pretty low.
C

What is 3DS battery life to compare?

EDIT: Sounds like the honeymoon period is already over lol. 24 hours at NeoGAF!
B

Jeeze 3 hours is dreadful. Hope they somehow improve that for the final device.
K

3 hours is ouch lol
A

That battery performance doesn't seem surprising. I'm sure there will be 3rd party accessories to help with that.
A

The same people who expect PS4/Xbox One Power on portable will now be shocked that the battery life isnt +10h xD
Cant have it all. 3h as a worst case scenario isnt that surprising. Might be different on the final units compared to dev kits.

Probably 3-5 hours depending on the game just like on 3DS. Lets hope there will be bigger batteries at launch.
C

I know they're suggesting it's a home console first, but three hours is pitiful.
M

pswii60 said:
What is 3DS battery life to compare?
Click to expand...

3-5 hours playing games according to Nintendo

If true, that sucks mighty bad. I think that is at the low end of playtime on the 3DS (battery lasts around 3 - 5 hours of playtime).
S

Maybe Nintendo will offer a battery extender at some point (like with the Wii U) to get some money back. Accessories = money. ;-)

Was really pulling for 4 at the minimum. 3 is atrocious
R

pswii60 said:
What is 3DS battery life to compare?
Click to expand...

My n3ds can run Monster Hunter Generations for 4-5hours.
F

Lol 3 hours
What a mess, glad I'm not taking it outside
A

Guess it really is a home console first and foremost
J

There's no way they would let it have a 3 hour battery life, even if it is Nintendo.

3 hours wow? That's terrible. This thing better be cheap.
I

3 hours is more than enough for my use case. (on the train 2 hours a day)
O

I don't really trust her. Other sources?

BitStyle said:
3 hours?! Christ... How the fuck do you even call that portable?

Hopefully 3rd party batteries will be able to save us
Click to expand...

It is not a portable.
E

Hasn't Nintendo come out and said that the dock has no addition processing power? Could have sworn there was a thread about it.
A

lucky I'm not taking it on the road with me.
H

Damn that does not sound good. One of the reasons I was kind of interested in the Switch is because I travel a lot, many times without access to a place to charge something. I'll wait till more official sources chime in but that is a bit disheartening to hear.
L

Not surprised by the battery life, it's like the OG 3DS and the gamepad.

Interested by the additional power in the dock, I wonder if it's just for the 1080p output.
O

Couldn't battery life be poorer in dev kits rather than final retail units as this is ore launch and the system has been fully optimized?
I

Honestly that battery life is about what I expected. An iPhone running an Unreal Engine game will die about that quickly, graphics on the level we're getting with the Switch are incredibly taxing on mobile batteries. I'm sure bigger batteries will be released down the road as accessories.
P

Oersted said:
I don't really trust her. Other sources?

Why? Just curious. She was pretty accurate with her reports in the months leading up to the reveal.
K

3 hours is impressive and more than enough for some quick distractions while on the go.
P

Mine is staying docked.
O 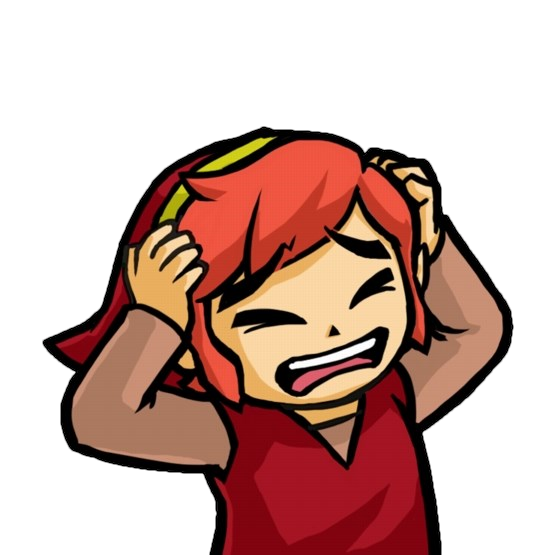 Be honest GAF, do you ever leave your house for more than 3 hours?

The dock thing sounds good though, I would be very disappointed if Switch is a 720p machine on TV.
J

cw_sasuke said:
Probably 3-5 hours depending on the game just like on 3DS. Lets hope there will be bigger batteries at launch.
Click to expand...

Shit my Purple 3DS was never 3 hours on full battery. It was closer to 4-5 hours max.

Nintendo Switch |OT| Switch It Up
2 3

BadBurger replied
Sunday at 2:55 AM
What improvements would you like to see in a switch revision
5 6 7 8 9

Community Forum replied
Jan 13, 2017
VICE: It's only a matter of time before Sony kills access to PS3 and Vita games entirely.
2 3