Update: Liam Robertson from Unseen64 says the game is more like X-Com (a tactical RPG). Source.

No, today is not April 1st.

According to both of our sources at Ubisoft and Nintendo, on the day the Switch launches, it&#8217;ll launch alongside a new Ubisoft-developed turn based RPG, with the name suggesting it will be a crossover of the Raving Rabbids and Mario series.
The game, whose formal title has not yet been confirmed but is currently under the working title &#8220;Mario RPG: Invasion of the Rabbids&#8221;, is being developed under the watchful monitoring of Nintendo, ensuring that it both hits launch day and that it conforms to Nintendo&#8217;s own internal specifications for how Mario characters and iconography should be presented.
Click to expand...

The title will focus on the Mario universe being invaded by Ubisoft&#8217;s Rabbids characters, some friend and some foe, and will feature a new Bowser form based around the design of the Rabbids as a recurring boss enemy. While there will be numerous cameo appearances from the Mario series&#8217; best known characters, the core party will feature numerous, more minor characters. There is a particular focus on Yoshi as a primary party member, alongside a playable Rabbid.
Click to expand...

The title will have a playable demo ready for press to experience in January, and will feature a quicksave system to ensure that saving is possible on short notice if the battery on the Switch handheld is running low. Part of the planned press demo includes the JoyCons vibrating to imply a Rabbid jumping into and out of them from the TV or handheld screen. The idea is to imply your system is infested with Rabbids, and that they could at any time jump out of your controller and interfere with gameplay.
Click to expand...

The title is going to be one of the cornerstone trailers shown when Nintendo details the system further in January. Nintendo intends to pitch the project to consumers as a Mario RPG project in collaboration with Ubisoft, in spite of Ubisoft doing most of the work on development
Click to expand...

Is this the crazy rumor that GameXplain heard?
C

I didnt see this coming....hah.

Could be GotY or the worst thing ever lol.
L

I don't know how to react.
L

What the hell!? Amazing!
D

Sounds cool. Hope it isn't THE Mario game at launch though.
T

I don't know how to feel about Rabbids, but at least it's a Mario RPG.
C

Fucking nasty. There better be plenty of Rabbid bashing.

EDIT: So there's going to be a 3D Mario and a Mario RPG at launch?
R

My nephews will be over the moon. They love the Rabbids
B

Neoxon said:
Well there it is.

Is this the crazy rumor that GameXplain heard?
Click to expand...

I would guess that it is.
A

So I'm guessing this is the crazy rumour people were talking about.
O

This is kinda nuts as far as their collabs go. Ubi usually goes all-in on platform launches, and if this pans out true it seems like that's payed off for them.

Also, would this be a return of the Mario RPG IP itself?
S

A RPG? What the FUCK

Ok, I'm down with this
N

Corleth the Fey said:
Sounds cool. Hope it isn't THE Mario game at launch though.
Click to expand...

The new 3D Mario game is rumored to be coming on Day-1, too.
T

This is dumb AF
G

I'd be there for an any type of Rayman and Mario crossover even it was an RPG. Rabbits though... I just find them ugly and annoying sadly. I don't like the idea of this at all
S

I will be so happy if they actually call it Mario RPG. What a weird legacy to randomly revive.
T

We finally get a Mario RPG on consoles and it's a rabbids game?

This is some monkey paw shit
C

That said, the concept is weird as fuck. But that's why it could be fun!

I'm also glad it's not being developed by Alpha Dream. Time for something fresh.
L

Wait, it's at launch too ?
What even is this launch, there's too many games I want to buy. 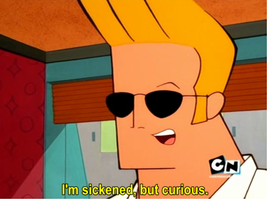 Makes me wonder if they'll go back more towards Square's Mario RPG or maybe a whole other different direction.
K

Is Nabbit going to be revealed to be a Rabbid in this game? Because, well... it sounds like something that's just crazy enough for Nintendo to pull off.
C

This could be big if its a quality game - Minion type of characters fusing with a big IP (Mario). Need a trailer...now.
K

A RPG? This might actually be neat if done well.

This tidbit is interesting:

Part of the planned press demo includes the JoyCons vibrating to imply a Rabbid jumping into and out of them from the TV or handheld screen. The idea is to imply your system is infested with Rabbids, and that they could at any time jump out of your controller and interfere with gameplay.
Click to expand...

This confirms the leak earlier this year that the joycons have some advanced rumble/vibration thing. I guess this is one of the things not yet shown by Nintendo.
F

kaitain19 said:
Is Nabbit going to be revealed to be a Rabbid in this game? Because, well... it sounds like something that's just crazy enough for Nintendo to pull off.
Click to expand...

Well that was certainly unexpected....color me cautiously optimistic.

I really hope this is fake, I can't care less about rabbids

Edit:
I'm pretty sure the game would be good anyway.
C

Ubi getting a decent licensing deal from Nintendo after being burned on the Wii U makes sense.

Never played a Rabbids game though, so not sure if this particular one makes sense.
P

They didn't say it's in the style of Paper Mario. It's Ubisoft developing afterall.
Z

I'm not a fan of the idea, but hey, maybe it will be cool! At least it's being developed by Ubisoft, so it's not taking up too many of Nintendo's resources. Interesting idea to say the least.
W

All I can think of is FNAF world. This strikes me as odd.
U

Could actually be pretty cool if they Rabbids don't completely take over the game. They fit in with the other 'strange invaders' we've seen in the Mario RPG games.
C

Sticker Star will no longer be the worst Mario RPG.

This sounds fucking weird, I'm definitely interested to see how it plays
1

Well i'm happy they are finally lending out their IP's to other devs. They should have done that waaaaaaaaaaay earlier.

It sounds crazy but a new Mario rpg? Hell yes!
I hope Rayman appears in the game.
S

I would be more excited if it wasn't developed by Ubisoft. I have yet to play a good rpg from them. Child of Light wasn't very good sadly.
A

I would love to see what Nintendo can do with the rabbids. I've always liked there look and style but I feel they were underused by Ubisoft .