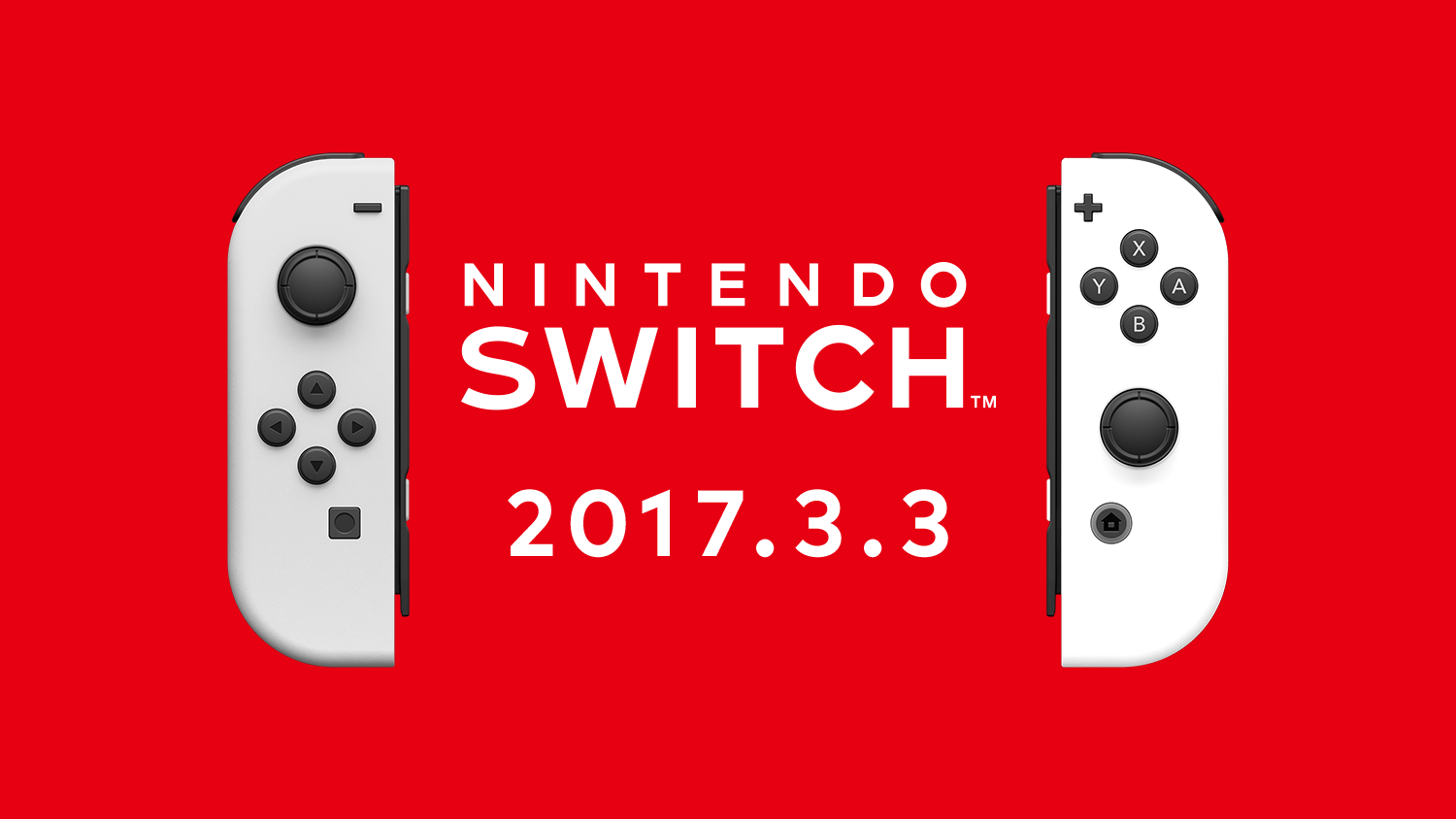 Note: White Joy-Cons only for artistic purposes, not available for purchase. 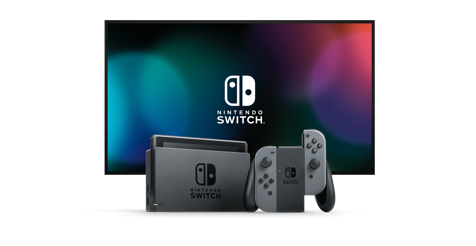 Nintendo Switch, codename NX, is Nintendo's next generation system combining the mobility of a handheld with the power of a home gaming system. With the two new Joy-Con controllers, a 6.2-inch screen and a modern architecture featuring NVIDIA technology, Nintendo Switch is bound to bring new play styles to life.

This thread's purpose is to provide an overview of Nintendo Switch and launch (window) activities. Feel free to share details on your experiences with aquiring the system, your first time starting it up etc. I wish everyone a great Nintendo Switch launch!

Manufacturer: Nintendo
Features: The Nintendo Switch can function both as a portable and stationary device, and with the the two new Joy-Con controllers many new play styles are brought to life. For in depth details check the Features section.
Release: March 3, 2017 in Japan, the U.S., Canada, major European countries, Australia, Hong Kong and other regions
Price*: *Manufacturers Suggested Retail Price, actual price may vary. See retailer for details. 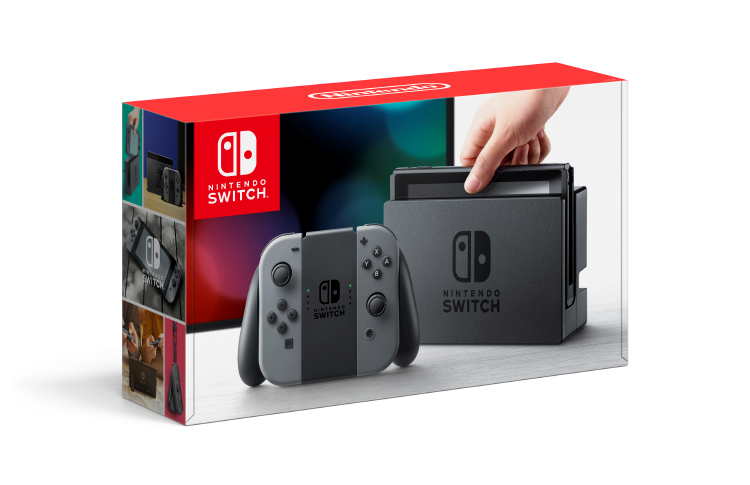 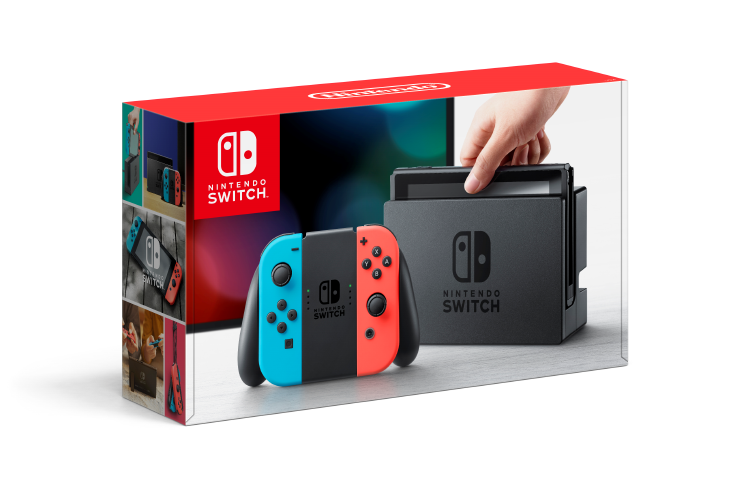 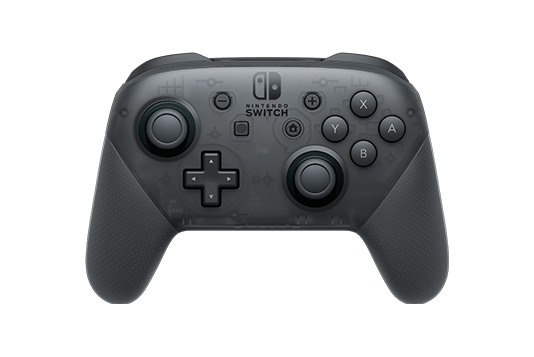 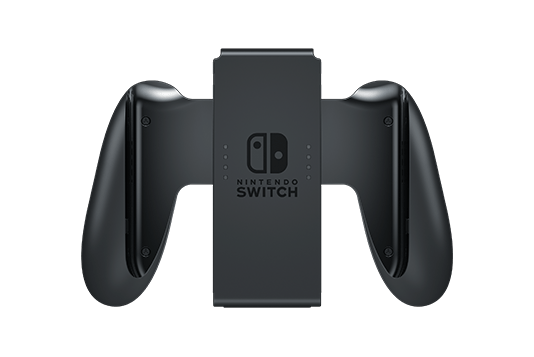 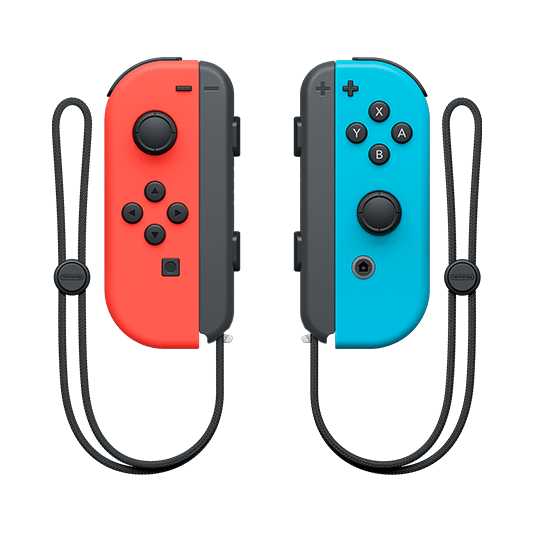 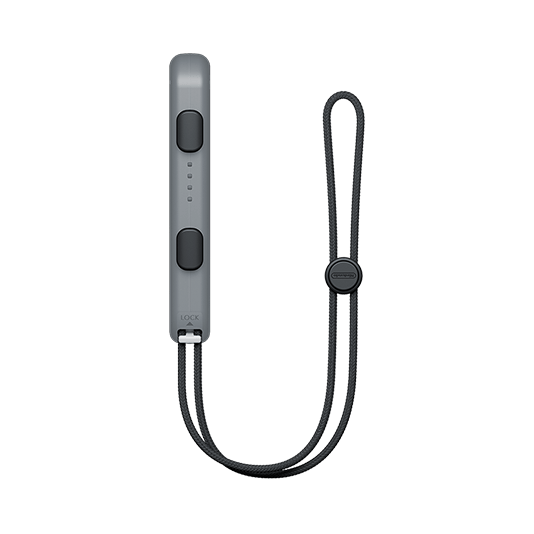 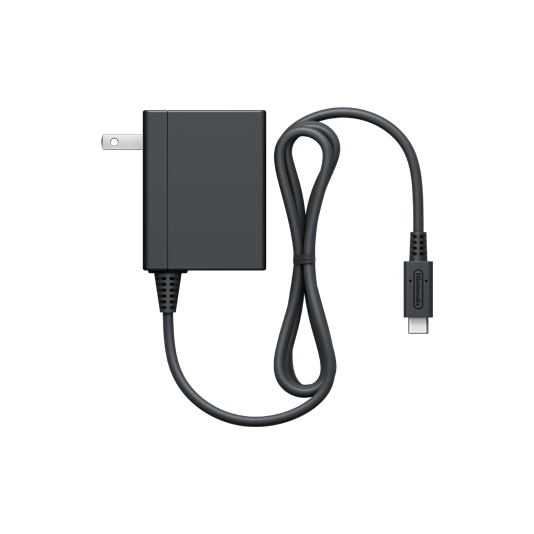 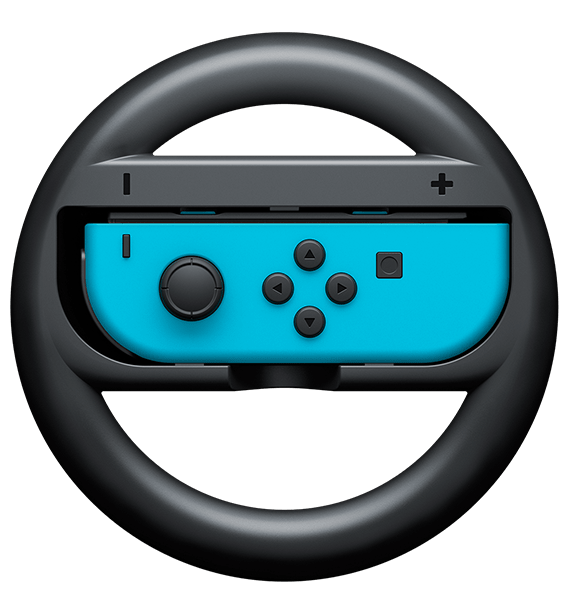 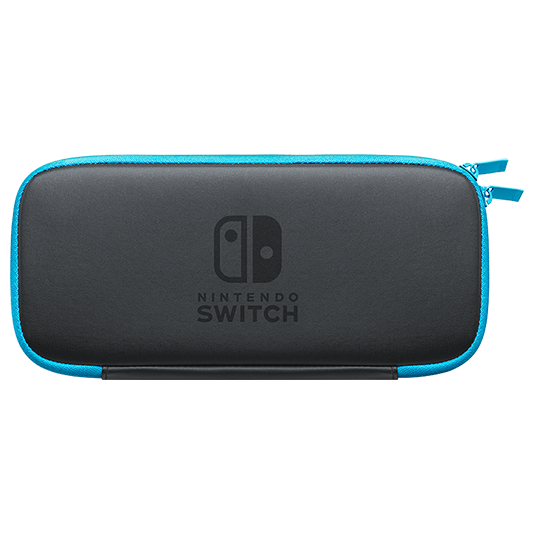 Joy-Cons can be bought in both singular and plural. Joy&#8209;Con Wheel comes in a set of two.

What was the top priority for Nintendo Switch development? Now that development has been completed, what is your impression?
Click to expand...

Genyo Takeda, Director, Technology Fellow, had this to say

If I can sum up my impression in one short phrase, I would use high performance but low power consumption to describe Nintendo Switch. The PC has been a major gaming device, especially outside of Japan, and my top priority in the development of the Nintendo Switch hardware was to bring NVIDIA&#700;s GeForce, which has played a key role in realizing high-performance graphics for PC gaming, to our hardware with low power consumption. The term crossover is sometimes used to describe the unprecedented value that is realized when merging two different attractive things (such as, in this case, high performance and low power consumption, and playing both indoors and outdoors). I feel that Nintendo Switch is a new and unique crossover in its achievement of high performance, comparable to that of PC, both in front of your TV set and in your hands
Click to expand...

As the Nintendo Switch does not feature a region lock, I will not provide info on availability of certain retail titles per region. I will simply list all games that will be available at launch. 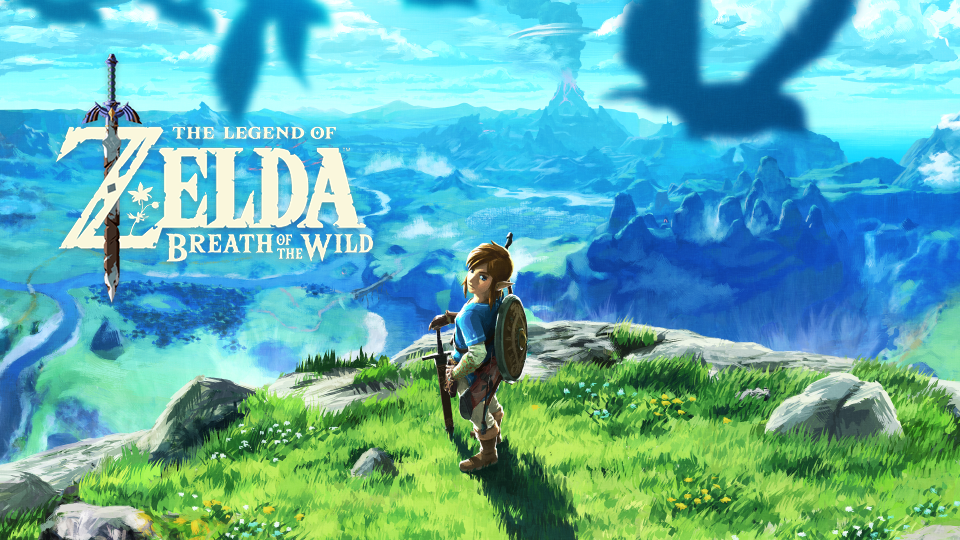 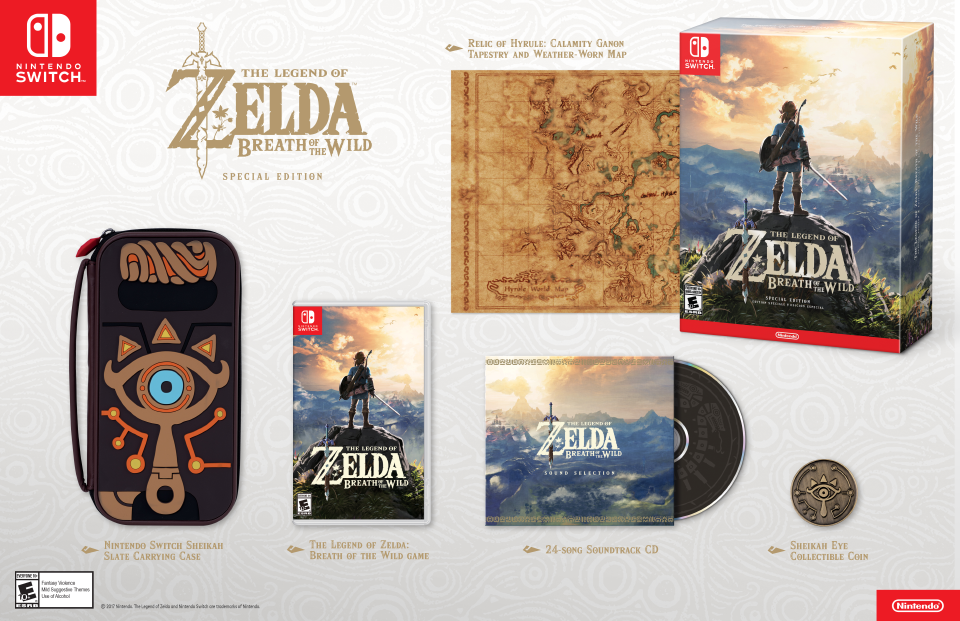 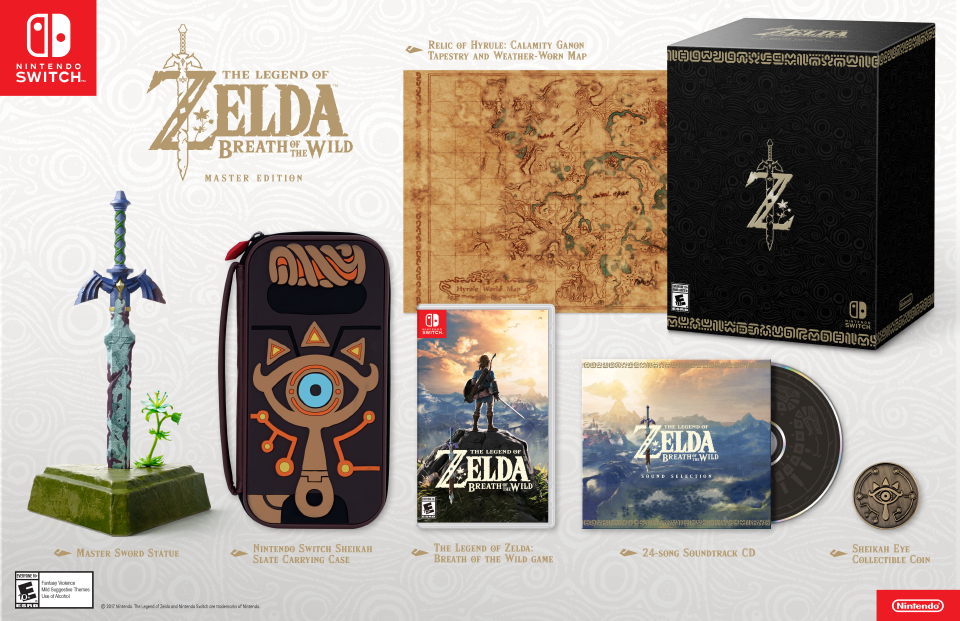 Check your regional Nintendo website for a list of games that will be available in your region at launch.

And so it begins
T

Can't wait to get started tomorrow. Bring on the Switch!
D

I'm in and excited.
L

NX is finally coming out.
T

Next gen begins now with the GOTG!

That EU Zelda cover is terrible
B

For some reason my Switch just arrived (Amazon).
P

Netherlands here, paid off my Switch, Pro Controller, Zelda collectors edition, 1-2-Switch and Zelda-guide. Will be picking up tomorrow morning, in 18 hours. Not long now....

I wonder if I should buy 1 in Hong Kong, or wait until I go to Chicago in March and buy one there?
N

The ride is over, it was a pleasure riding this hype-train with you guys!

(And now i need to save cash for a switch)
R

There is one little thing that remains added to the OP, but I didn't want to delay the thread too much. I need a direct link to an image on my Google Drive, but I can't figure out how to get the URL. With it you should be able to get a little surprise. Anyone can help?
S

Nintendo Switch |OT| The ways its meant to be played
K

I read the OT title in Cid's voice from Final Fantasy XV.
M

Was gonna pass on this and just get Zelda on Wii U, but the hype is grabbing me.
J

First midnight launch of my life. Excited to get this as soon as I can...and then take a nap while I download Zelda
B

Hispanic! At the Disco

Cant seem to find the answer and not sure where to ask. Can you share screenshots to people on your friend's list? I want to annoy my friends with zelda scees!
B

I haven't been this hyped for a new system ever.

Beginning of an era. (maybe)

My console's on a UPS vehicle for delivery now a day early. So pumped.
D

Got mine this morning. Here, my unboxing with gloves: 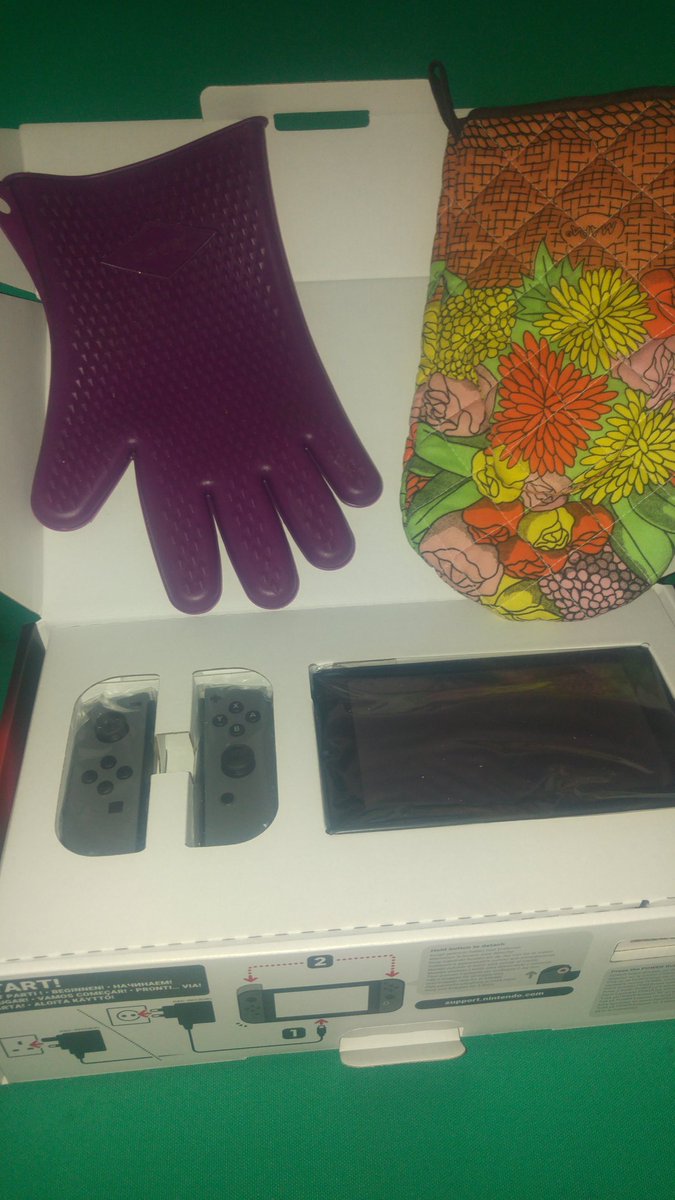 Is this the NX?
W

I like the idea of a console coming out of the box with multiplayer capability (assuming one has appropriate software), but the Joycons still don't look very comfortable to hold at all.

I suppose I'll see for myself.
M

Doesnt beat the Wii U cover! 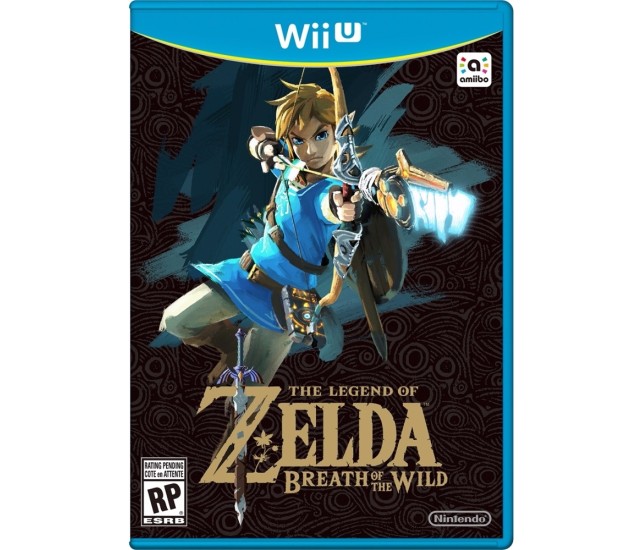 So no thanks for a console with 1 viable game with that price tag. $442 for Switch, Zelda bundle that some store chain runs with.
M

Amazing thread, thanks as always for your hard work Rösti!
N

It's Switchmas Eve you guys!! I haven't been this excited for a console since...the Dreamcast?
T

mcfrank said:
Was gonna pass on this and just get Zelda on Wii U, but the hype is grabbing me.
Click to expand...

I held out until this weekend. Was all ready to cancel my preorder and just wiiu zelda it, then I got the feeling wiiu zelda wasn't going to run well, and the final nail was the wife mentioned that our kids can play 1-2 switch with the grandparents when they come visit and I was convinced 100% thats what we needed to do.
B

Still can't get over the fact that I'm getting a new Nintendo system and a new, amazing Zelda tomorrow. Really hope that Nintendo can get over the initial bumps and make the Switch into one of their best.

So very pumped for tomorrow!
Z

That's not it. Final Wii U cover is the same as Switch.
N

here we go.... have to wait until Monday for mine since I had to import :\