Hardware up 42% year over year.

Strong new releases helped sales of Wii U software and Nintendo 3DS software in February increase by more than 180 percent and more than 25 percent, respectively, over the same month last year. Wii U software sales were driven by the Feb. 21 launch of Donkey Kong Country: Tropical Freeze, which sold more than 130,000 combined physical and digital units in its first eight days on the market. This helped sales of Wii U hardware increase by nearly 25 percent over the same month last year.

Other sales milestones achieved by Nintendo in February include:


*Data regarding physical sales of games in February are from the NPD Group. Data regarding digital downloads of games and combined physical/digital life-to-date numbers are from Nintendo&#8217;s internal sales figures. All numbers, unless otherwise stated, are specific to the United States only.
Click to expand...

February NPD Group figures released today showed that Xbox One continues selling at a record-breaking pace with 258,000 units sold in the U.S. in the month of February, surpassing Xbox 360 sales by over 61 percent at the same point in time.

With Xbox One and Xbox 360 combined, the Xbox platform sold more hardware than any other home console platform and held 43 percent of the home console market share in the U.S.

Highlights from February 2014 NPD include:

It&#8217;s been a big month for Xbox One, with the launch of a significant system update with improved matchmaking, party chat and friends features that make gaming on Xbox One an experience like no other, and the launch of Twitch and &#8220;Titanfall.&#8221; Xbox One is available in 13 markets around the world, with many more coming this year.
Click to expand...

Nintendo PR:
"This helped sales of Wii U hardware increase by nearly 25 percent over the same month last year."

Let's start the show!
A 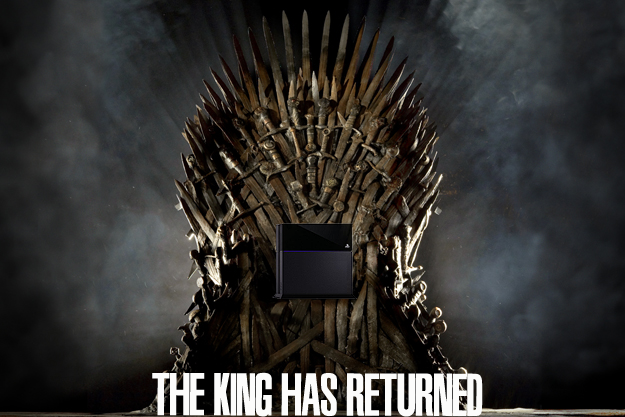 And here we go.
D

Venturebeat: "Bravely Default and Donkey Kong were the No. 2 and No. 4 best-selling games of the month."

Talking about individual SKUs I think.
B

Let's get this thing started!
D

Oh, and NPD says the PS4 led hardware sales, but only by a narrow margin. Xbox One unit sals were 90% of PS4.
T

Damn, Minecraft is still kicking. That game is insane.

I will never understand why Minecraft is so popular on consoles. ;-)
C

Whatever the numbers are, i'm happy Bravely Default made good numbers. I still don't have it, but loved the demo and looked like a good RPG; something we definitely need more!
W

"Oh, and NPD says the PS4 led hardware sales, but only by a narrow margin. Xbox One unit sals were 90% of PS4."

Xbox One sales 90% of PS4 sales?
Source to be trusted?

joining in on the epic moment.

I completely forgot about Lightning Returns, and I never imagined it would have been so high on the chart.
F

I hope the XB1 has a bump. If its still hasnt picked up any steam after January then thats worrying.
V

Return of the Xbone.
G

The lack of Major Nelson preemptive tweet feels kinda ominous for the XBO.

DK is going to struggle to get to even 500k. Looks like a 3DS port might be in the works already.
T

my predictions are so off
D

It always sounds good until we get actual hardware numbers.
A

Great sales for Bravely Default!
I

So these are ordered by sales ranking, right? It's interesting how the Wii U SKU outsold the Xbox One and PS4 SKUs.
S

Damn . . . it looks like all press about the Battlefield 4 bugs has taken a toll on its sales.
J

Minecraft literally prints money, it's ridiculous how much that game has sold.
F

DaBoss said:
Venturebeat: "Bravely Default and Donkey Kong were the No. 2 and No. 4 best-selling games of the month."

Talking about individual SKUs I think.
Click to expand...

Wonder what was the top individual sku. Thief for PS4 perhaps ?
U

I see a twitch!

For the first time in ages an NPD that tickles my pickle!
C

BB needs to outsell LR
B

This gonna be good
B

Dunno how legit this guy is, but tons of info here
https://twitter.com/iansherr
D

funkystudent said:
I hope the XB1 has a bump. If its still hasnt picked up any steam after January then thats worrying.
Click to expand...

It either had a bump or the PS4 supply and/or demand has fallen a ton.


Oh, and NPD says the PS4 led hardware sales, but only by a narrow margin. Xbox One unit sales were 90% of PS4.

ReBurn replied
Apr 9, 2022
Did anyone else think that the Nintendo Wii was going to be the best selling console ever back then?