NPD Sales Results for May 2010

"Although down this month, May sales reflect the third best-selling May on record after May '08 and May '09."

"The 360 platform, across hardware, software, and accessories, contributed the greatest share of revenue to industry sales for the month, and year-to-date."

"The PS3 platform has enjoyed the greatest percentage growth, with platform sales across hardware, software, and accessories up 32% for the month, and 28% year-to-date."

"The portable hardware category contributed the most to the decline in hardware sales for the month, yet the NDS is the best-selling hardware system for May."

"Console hardware unit sales are, in fact, flat to last year. Declines in sales result from a lower average selling price this year compared to last."

"Compared to April, both the PS3 and the 360 platforms realized a unit sales increase in hardware."

"Red Dead Redemption was the best-selling game for the month, achieving sales of 1.5 million units across both platforms. The game garnered spectacular review scores and in its first month at retail it has exceeded the lifetime sales of its predecessor, Red Dead Revolver, which was released in May 2004."

"In May, 8 of the top 10 SKU's for the month were new releases, which was the case with March 2010 as well. When more of the top selling games are new releases, it pushes up the average selling price for software overall, positively contributing to total revenues."

"We have started to measure the consumer spend outside the physical new retail channel. During E3, NPD reported that in 2009, there was an additional consumer spend in the range of $4.5 to $4.75 billion on games content via these other vehicles including used, rental, subscriptions and digitally-delivered content. Our Games Acquisition Monitor and other consumer tracking services will continue to provide clients insight into these other avenues of consumer spend on games content. Moving forward, we plan to release a limited amount of this information into the public domain, either quarterly or semi-annually."

"Another measure of the increasing importance of the digital world is reflected in the percent of sales comprised by online capable games. For May year-to-date, 43% of total software units sold were online capable, as compared to 37% for the same time frame last year."

"For the third consecutive month, the top-selling accessory item for the month is the Xbox Live 1600 point card. Video game points and subscriptions cards unit sales are up 12% on a year-to-date basis as compared to the same time period in 2009."
Click to expand... 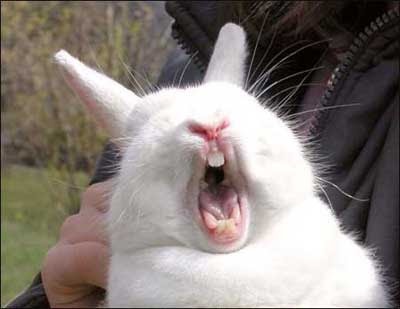 Nintendo #s -- not too far ahead of everyone else.


So basically it's just a slow boring month. Yawn.

Well Skate's a dead franchise. Blur....hmph. And S/S is Blackrock's second attempt, no? I bought it for 19.99 I think at gamestop the other day :lol

PSP STEP YO GAME UP
M

Glad to see RDR on top.

I want to see AW's numbers but at least it made the top 10, I feared worse.
Then again it must be sub 190K, deserves way better.
Aside from RDR, it was a pretty boring month.
S

It seems the Racing genre is dead.
P

Here are some of the titles released in May that did not chart in the top ten:

But that's what you get for not having multiplayer these days


Great numbers for RDR and Galaxy 2, the two best games so far this year for me
M

Interesting numbers all around, and it seems there were a lot of high profile bombs. :/

Gonna wait in hope for other numbers from other sites.
N

"We are recession proof!"

"You can feel the Playstation momentum everywhere!"

"This is the biggest year for Xbox yet!"
K

UFC way down on last year? How many days was it compared to last years?
S

Nice sales for RDR and SMG 2.

Again, weak ass SW outside the top 3, which is not healthy sign at all. No LP2 as I figured as well. I would have liked to see AW higher, but I figured it came in pretty low on the chart as well.

Oh yea and Rockstar has to be pretty happy about RDR sales.
M

Odd numbers after a "research update" -_-


This concrete proof that no games should be released outside the holiday sales window.
C

azentium said:
Here are some of the titles released in May that did not chart in the top ten:

PSP dieing a slow death , not bad for Wii .
DS is less than i thought .
M

Ouch at Alan Wake. I guess not as many comfy couches were required? Quadruply ouch at PSP, so pathetic those numbers are. Drop your price Sony!

No Lost Planet 2 in the top 10 either. Skate 3 barely makes it on one platform, bye bye franchise?

Wow outside of the top 3 the software numbers suck.
F

I wonder how much Alan Wake needs to sell to turn a profit. 4+ years of dev time no?
F

NPD day isn't going to be interesting until Move launches in September.
G

Like I said in the other thread Alan Wake is not a massive, massive Jonah Hex style bomb more A-Team style, but it's a bit disappointing.

But at Split/Second. Blackrock makes such awesome games, I hope they keep it up. To be fair though, I see a game like that having a relatively long life at 29 and 39 dollar price points or so.
L

No Split/Second, Blur, or ModNation Racers. Arcade racers ;_;
B

Wow, big numbers for Red Dead. I wonder how that compares with their expectations.
M

Alan Wake making it in top 10 is surprising. Most of us thought it bombed real hard.
K

The national news is saying that the economy is back down again. I wasn't aware that it had even gone back up...
Y

But at Split/Second. Blackrock makes such awesome games, I hope they keep it up. To be fair though, I see a game like that having a relatively long life at 29 and 39 dollar price points or so.
Click to expand...

This is really their second bomb. Maybe I'll get debated on "bomb."
W

Aren't those really low Super Mario Galaxy numbers, or were my expectations just wrong? I was guessing > 1 million...lol.
H Gamer @ Heart said:
I wonder how much Alan Wake needs to sell to turn a profit. 4+ years of dev time no?
Click to expand...

MirageDwarf said:
Alan Wake making it in top 10 is surprising. Most of us thought it bombed real hard.
Click to expand...

In all likelihood it sold less than 150k copies. Make of that what you will.
K

MirageDwarf said:
Alan Wake making it in top 10 is surprising. Most of us thought it bombed real hard.
Click to expand...

Based on those figures it could barely be above 100k or even below it. I really doubt it will have much semblance of legs either so it basically did 'bomb'.
S

no shockers in the top 10 software
D

People are disappointed at Alan Wake? I thought we were laughing at the idea that it'd be in the top 10 at all...
T

Thanks for posting the info!

Just wanted to make a point from the old tread:


burgerdog said:
Alan Wake is probably around 80-120k, dang that's not good at all. Five years in the making and this is all they could do?
Click to expand...

That is such a stupid thing to say, first off NPD is not the end all be all of data, its only 60% of RETAIL sales in the USA, and their is something that is called the WORLD they sell video games there to.
Second AW took 6 years with 30 people, I'll bet this game will to just fine over time.
I do think that it could have done a lot better if RDR did not came out in the same month.
Timeing is everything these days!
You must log in or register to reply here.