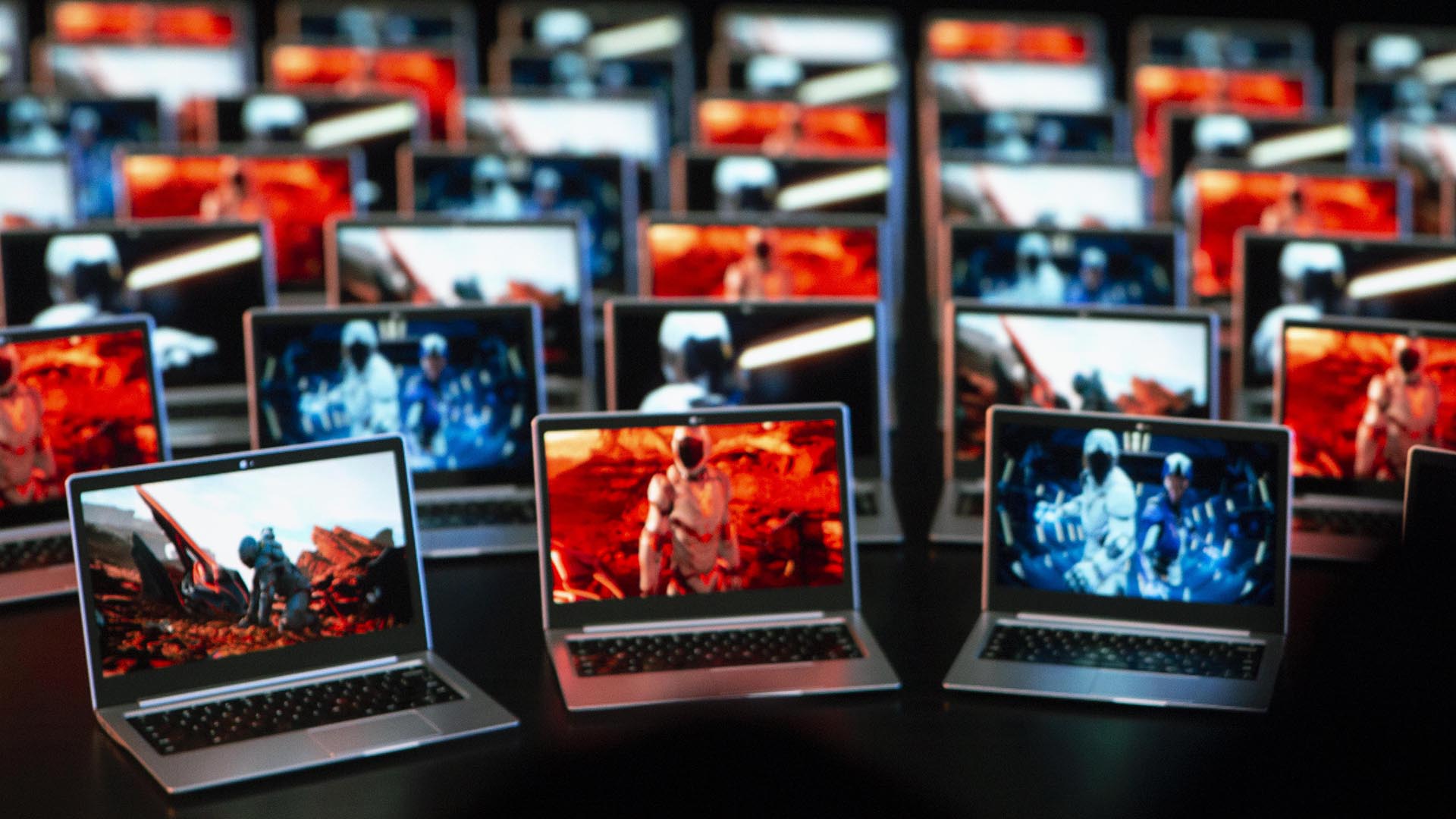 “…the amount of notebook sales and the success of Nintendo Switch has really changed the profile of our overall gaming business,” Huang says during Nvidia’s Q4 earnings call (via Seeking Alpha). “Our notebook business, as Colette mentioned earlier, has seen double-digit growth for eight consecutive quarters, and this is unquestionably a new gaming category. Like it’s a new game console. This is going to be the largest game console in the world I believe.”

“…the reason for that is because there are more people with laptops than there are of any other device,” Huang continues. “And so the fact that we’ve been able to get RTX into a thin and light notebook is really a breakthrough. And it’s one of the reasons why we’re seeing such great success in notebook.”
Last edited: Saturday at 12:00 PM
Reactions: Leonidas, TempleOfIron and Bolivar687

I had a gaming capable laptop in 2004 as a grad student. It was cool to be able to game in my office. I could have hooked it up to my TV too, but the VGA + RCA connection was a hassle. As was the low support in games from controllers. Today the last 2 issues are non issues.

Bottom line, if you need a laptop, like to game and want to balance cost and utility, a gaming laptop is a great choice.
Reactions: siekro1983
L

He is dreaming, they count as (portable) personal computers if anything, with all the implications.
W

Idk if it really fits 5he definition of a console.

I dont know, you seen the size of the original xbox? Its pretty large.

PC is the largest console in the world.

Mine is massive.
Last edited: Saturday at 1:55 PM
Reactions: V4skunk

No thanks. I'd rather stream my shit.
Reactions: FeldMonster, V4skunk, mickaus and 2 others

CEO says his product will be the largest and most successful.

I have a gaming laptop. Love it.

But these puppies aren't gonna be eclipsing consoles any time soon, tbh.

It’s not a console, clown.

While a love my Lenovo Legion laptop and do most of my gaming on it I don’t think it can be considered a console.

Even with the marketing spin I don't get this comparison.
Reactions: Elektro_Demon

No, they won't.
Reactions: Elektro_Demon
R

I just bought my dad a "gaming" laptop for his basic email and office work cause it was effectively the same price as all the other budget iGPU solutions. $399 for a 3550H, 1050Ti, 8GB, and 256 SSD. AMD has significantly lowered the price floor on lower end gaming laptops, which I think is what Jen would be referring to here, not $1500+ "desktop class" gaming laptops. The expensive gaming laptops will forever be a niche of a niche of a niche sold almost exclusively to wealthy traveling executives and professional tech pundits/journalists. They're simply a terrible value in terms of price and performance for both your everyday gamer and general computer user.
Last edited: Saturday at 10:14 PM

If you thought console fans are loud wait until you get a gaming laptop.

I think the gist of it is that it's a closed box system that will be more powerful than the next-gen consoles and can play all the PC games (which is much more than any of the consoles). He has a point, but it will depend on his target future hardware. The laptops would have to shrink a lot in costs.
You must log in or register to reply here.
Share:
Facebook Twitter Reddit Email Link
Top Bottom