Recently published (07.01.2021) SIE patent describes in-game messages players can leave for each other in both single and multiplayer games. 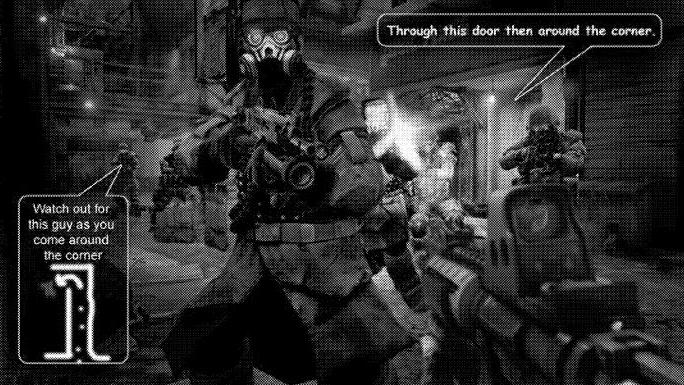 The generation, association, and display of in-game tags are disclosed. Such tags introduce an additional dimension of community participation to both single and multiplayer games. Through such tags, players are empowered to communicate through filtered text messages and images as well as audio clips that other game players, including top rated players, have generated and placed at particular coordinates and/or in context of particular events within the game space. The presently described in-game tags and associated user generated content further allow for label based searches with respect to game play.
Click to expand...


What do you think? Another upcoming PS5 community gaming feature? Can't imagine this to work unmoderated, I haven't read the whole document maybe there is more to it.
Last edited: Jan 12, 2021
Reactions: Arkam and Jethalal

Bartski said:
What do you think? Another upcoming PS5 community gaming feature? Can't imagine this to work unmoderated, I haven't read the whole document maybe there is more to it.
Click to expand...

but placed in the game world? I understand it's not restricted to your friends list, need to look deeper
Last edited: Jan 12, 2021
Reactions: Jethalal
A

The patent seems to indicate in games clues and message kinde like in the souls games but on a system level.

It seems like a continuation of the hint feature on the console but user generated.
Reactions: Jethalal

azertydu91 said:
The patent seems to indicate in games clues and message kinde like in the souls games but on a system level.

It seems like a continuation of the hint feature on the console but user generated.
Click to expand...

yeah but no preset restrictions like Dark Souls and also, voice. 2021 next-gen trolling

Soniiverse ?
Reactions: Arkam and Closer
A

Hoping there will be some form of moderation.

This picture. Mood of KZ2 was something else, man.

Wish they wouldnt give us hope with that kz2 screenshot.

This could be pretty useful if implemented properly in-game/at system level. I like the possibility of being able to draw something pre-game, then placing it on screen for other team mates to reference. I just wonder if things like that can be filtered so only selected gamers can see it on the screen. Looking forward to seeing how this all shakes out.

Great can't wait to play a game with the kids. Then touching a help box. And hearing the N word getting blasted on my surround system.
Last edited: Jan 12, 2021
Reactions: Dthomp and OneBigPuss

This will get abused in 10 seconds after launch.
Reactions: InDaGulag and Bartski
K

If it's anything like old Destiny 1 raids with randoms, someone will be playing music, another will be eating, and at least one will be yelling at their wife/gf/kids.

Seems like a cool idea but they're going to have to implement some heavy restrictions.

So, Dark Souls messaging, but on a platform level. As long as there is a way to permanently disable the "feature", seems harmless, if ultimately pointless.

Trolls, jokers, and toxic folks will have a field day with this feature.

Yeah but at least Souls message system forced people to be a bit creative. The "try holding with both hands" outside Gwynevere's chamber was very helpful.

PS5 is the Dark Souls of game consoles?

I can't wait to read "Hidden Path Ahead" next to walls in every single game.

Great. Can't wait to hear that with the PS5's 3d audio.
Reactions: Kadayi and Arkam
You must log in or register to reply here.