Super Smash Bros. Ultimate Fighter Pack 2 - Who do you want?

With the last Smash fighter for pack #1 in the books, we have completed the first fighter pack.

So, GAF, who do you want as your fighters in the next series of fighters?

For me and this is in no order:

I'll second Ryu Hayabusa. I'm playing The Messenger right now and boy it feels good to get back into that side-scrolling ninja action.

Waluigi because he'd be a hilarious addition, and not just for the memes. I imagine his playstyle being off the rails.

Minecraft Steve because, though I don't care about the character, Minecraft has earned a place in the celebration of gaming that Smash has become. 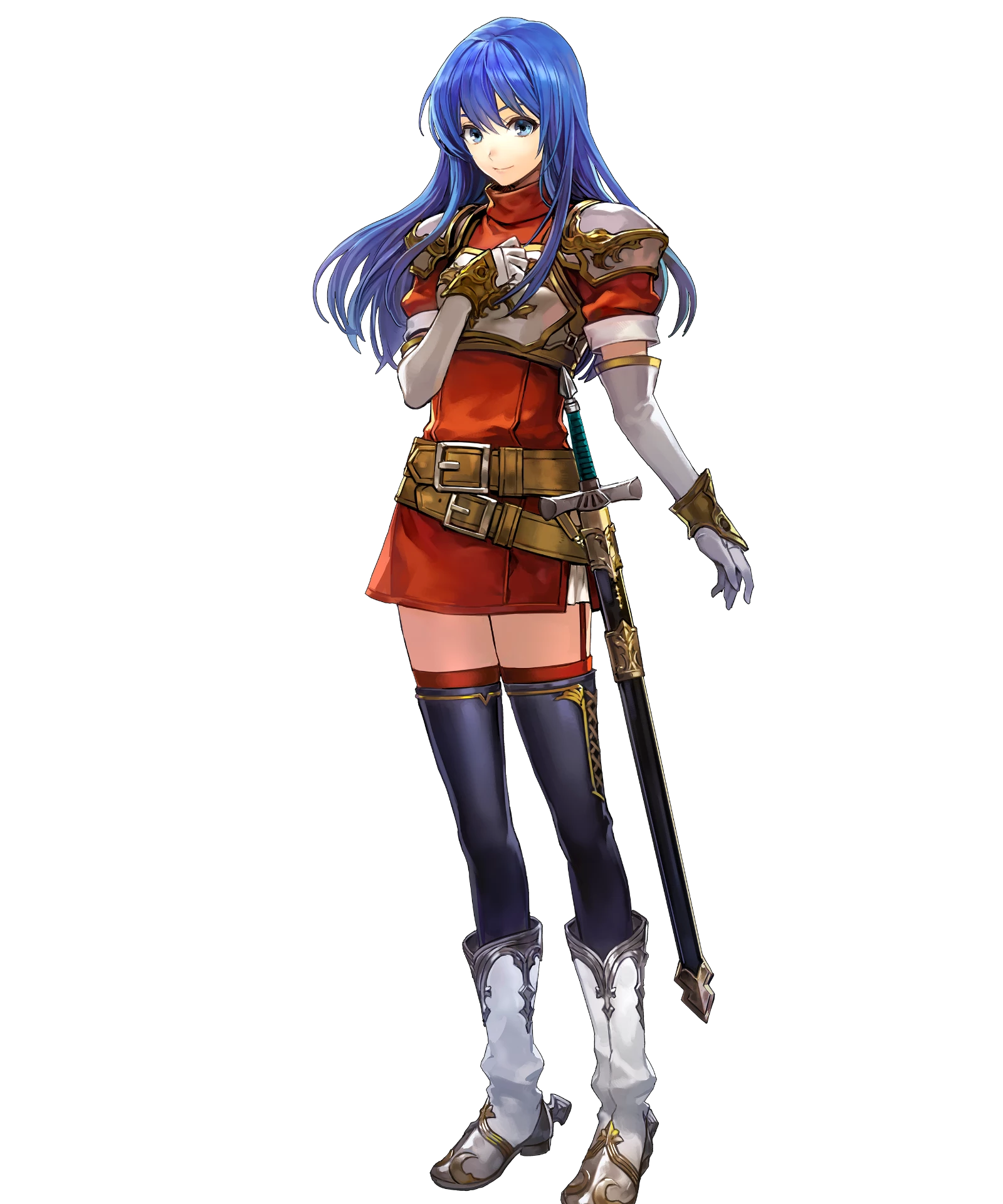 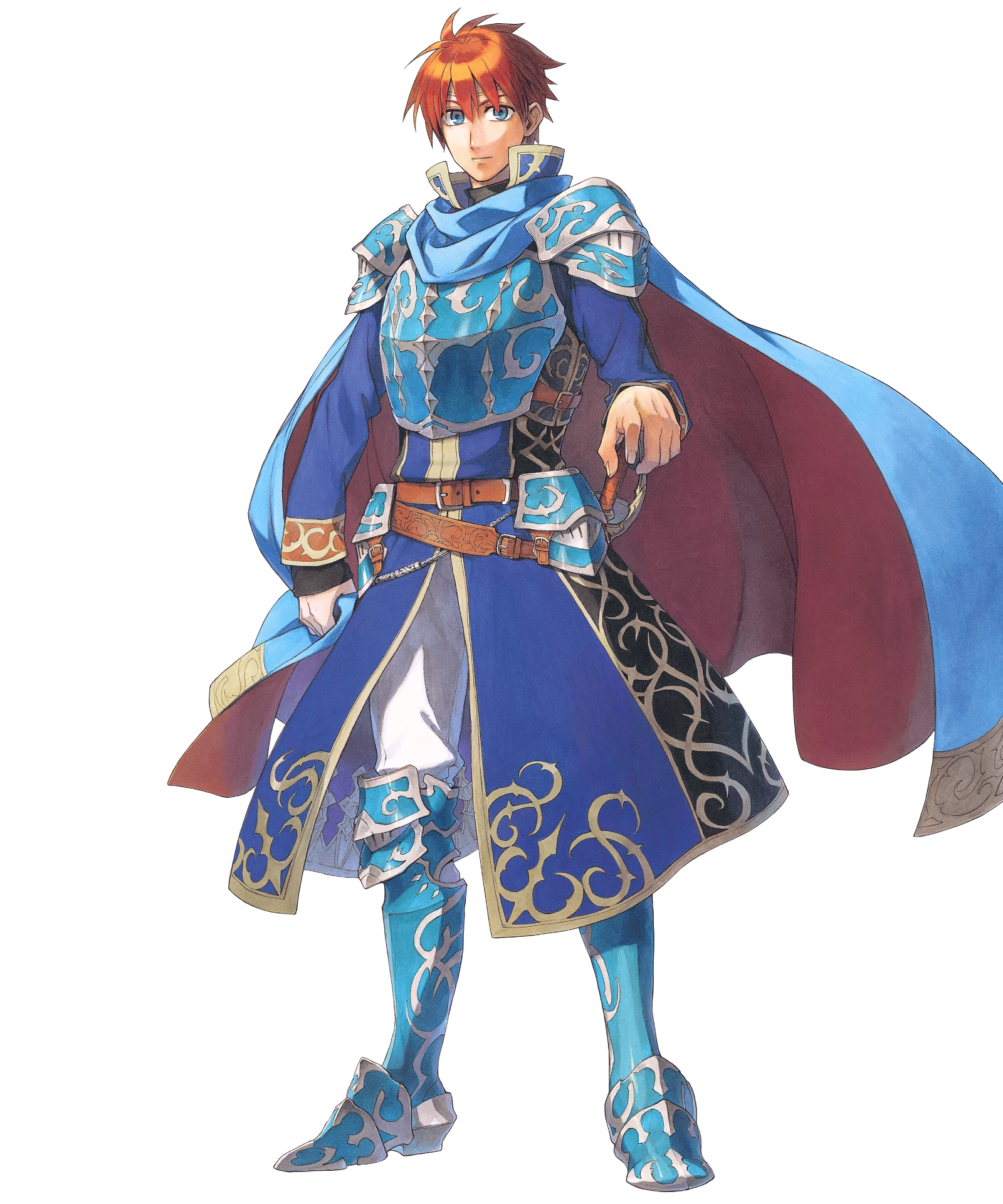 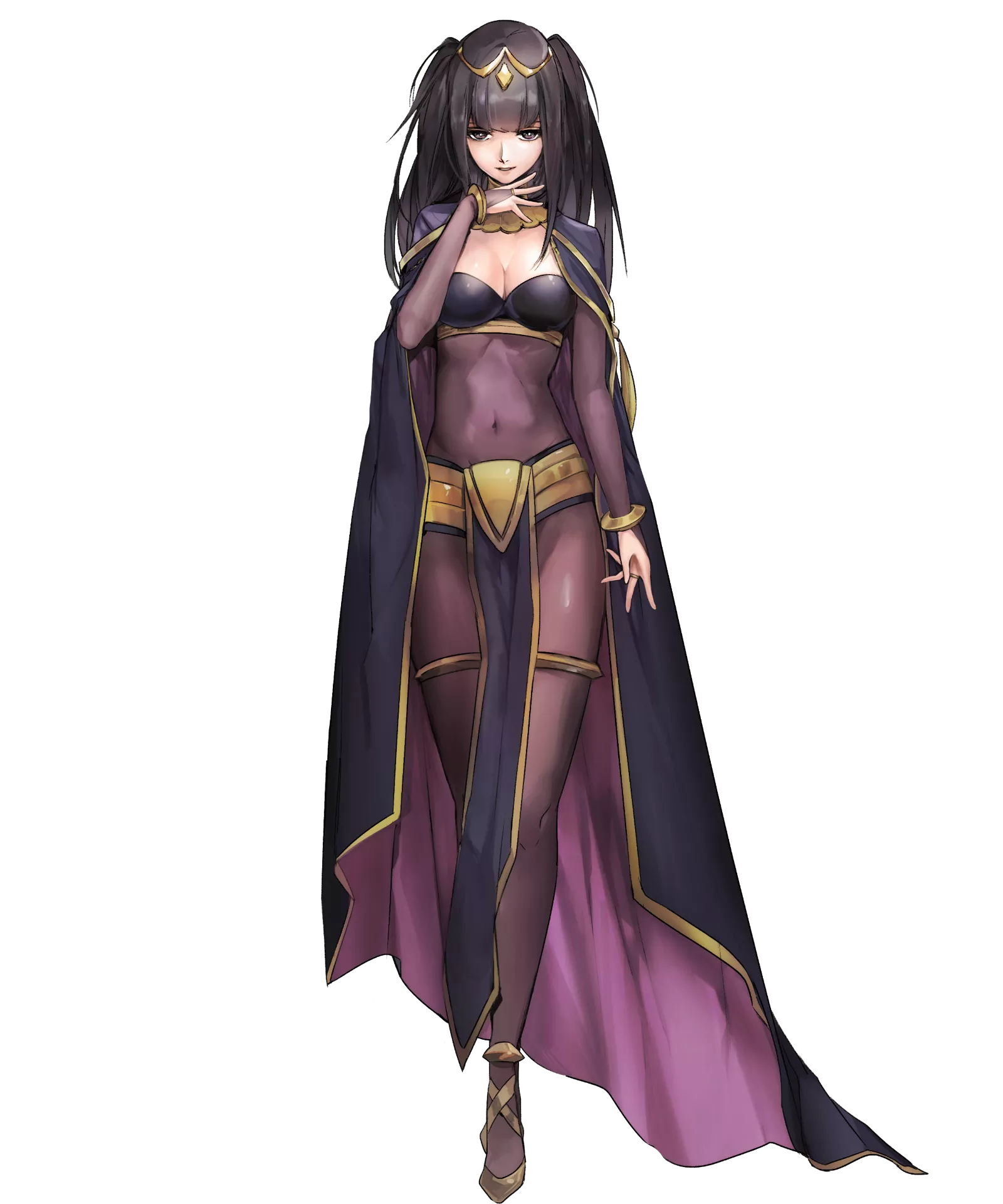 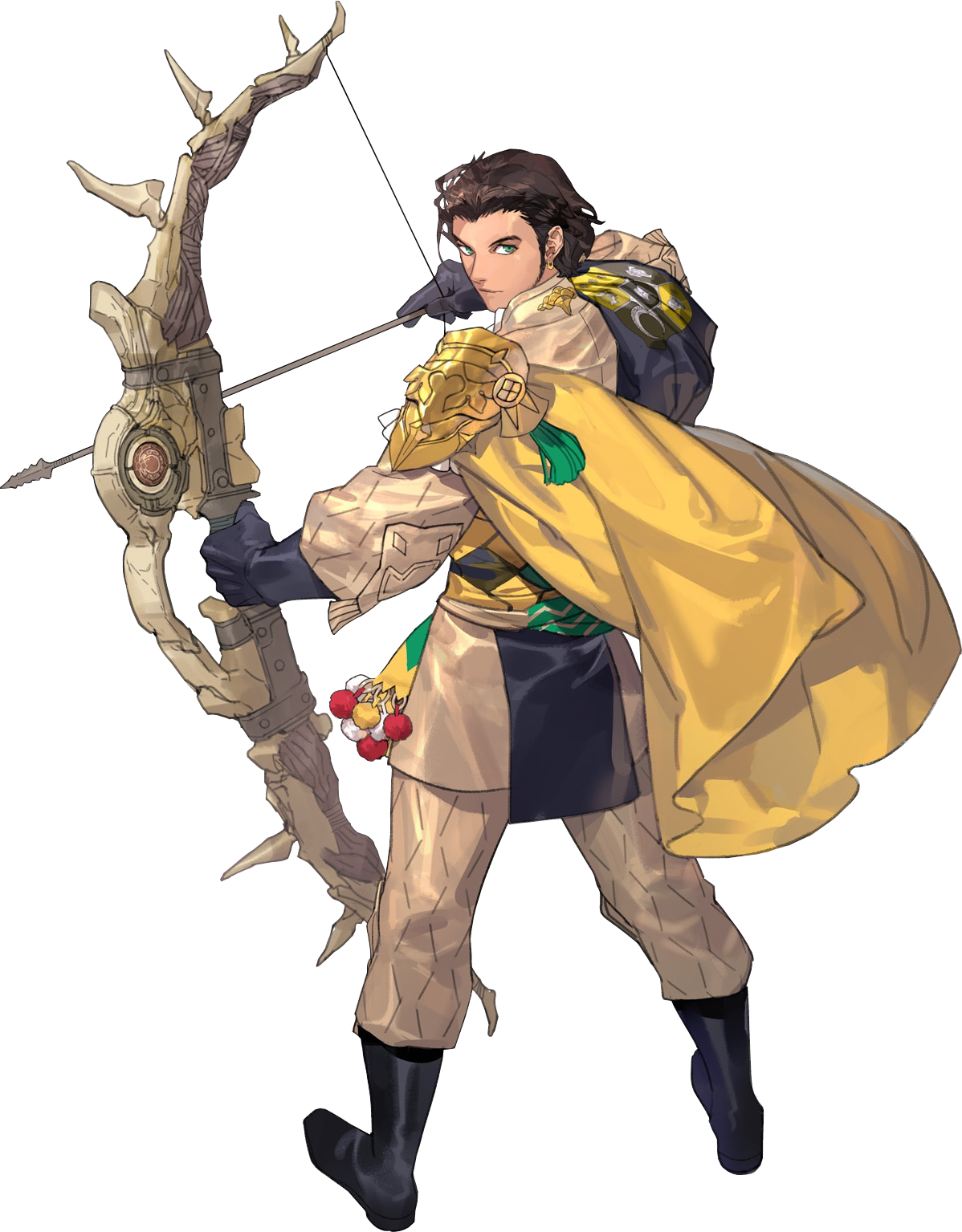 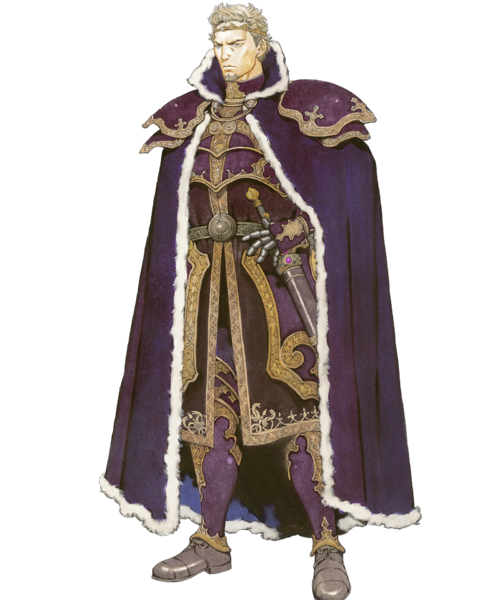 
And call it smash fire emblem cause i really don't give a fuck anymore
Reactions: Ryu Kaiba, Wolfgang Jr, Joelenheimer and 5 others

Travis Touchdown. Everything else is just gravy.
Reactions: chaseroni, Ryu Kaiba, bigDdestruction and 2 others

Alfonse or Sharena from Fire Emblem Heroes, because I want the internet to explode, bonus points if one of the costumes is Easter Alfonse.


I would actually like to see Travis Touchdown, Ivan from Devil's Third (yes i'm serious!) and Springman from ARMS

Vawn said:
L-piece (Tetris)
Click to expand...
I mean, I don't know, Sakurai is definitely capable of creating fighters of the most unlikely of characters but that might be an impossible task..
Reactions: Ryu Kaiba
P

Doesn't matter who we want, it's going to be whichever marketing opportunity is relevant at the time they're releasing.
And at least 3 Fire Emblem sword users
Reactions: Shaqazooloo

some of these have don't a chance but here's my dream list:
- 2B
- Steve & Alex
- Solaire of Astora
- Hatsune Miku
- Arle
- Crash Bandicoot

for the last one, maybe both on screen at the same time, aka Ice Clibers
Last edited: Jan 17, 2020
Reactions: iconmaster

Tecmo-Koei - Hayabusa or Kasumi although I'd personally prefer Angelique

Level-5 - Professor Layton or Yo-kai whatever

That would pretty much be a perfect roster as far as I'm concerned. 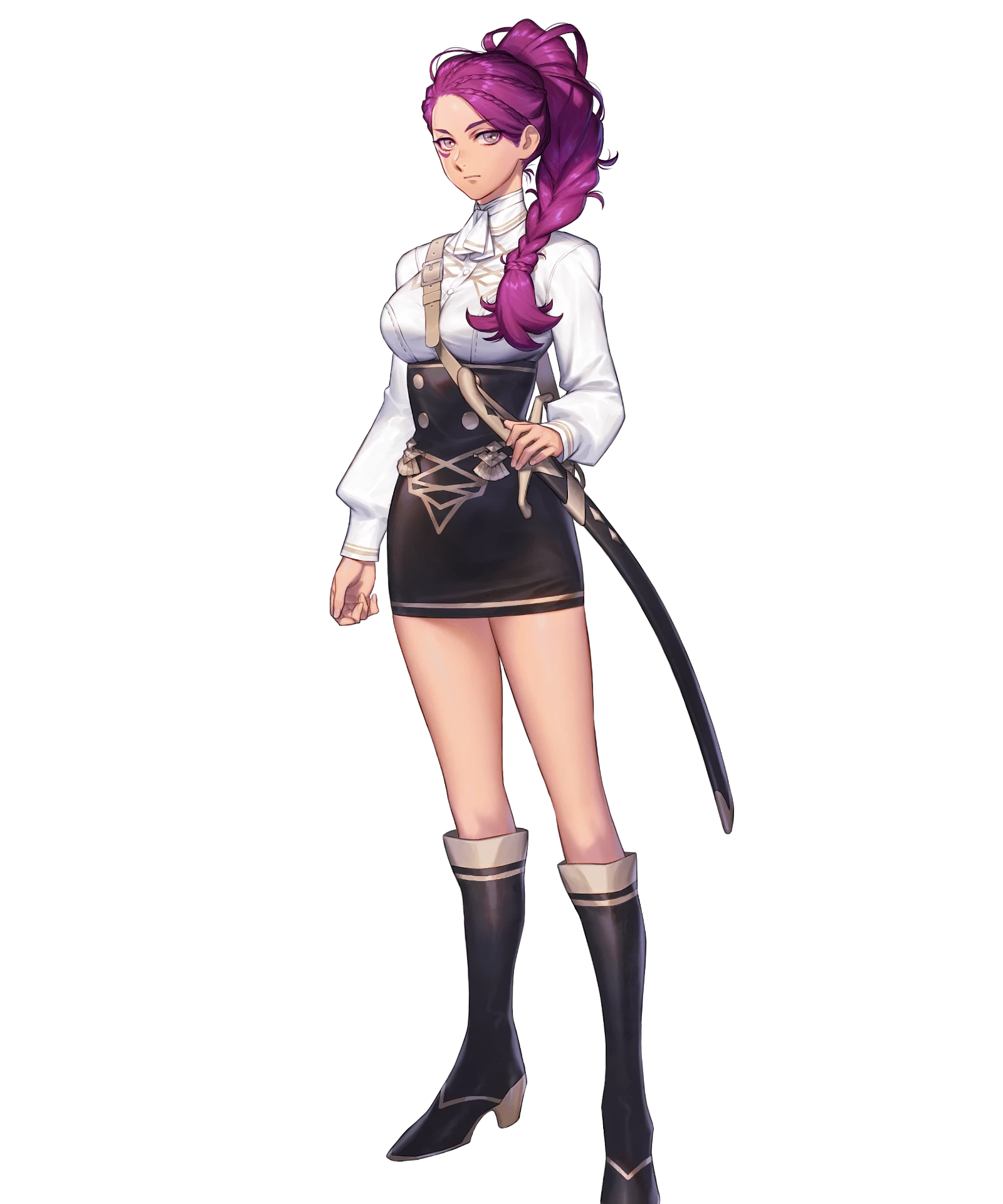 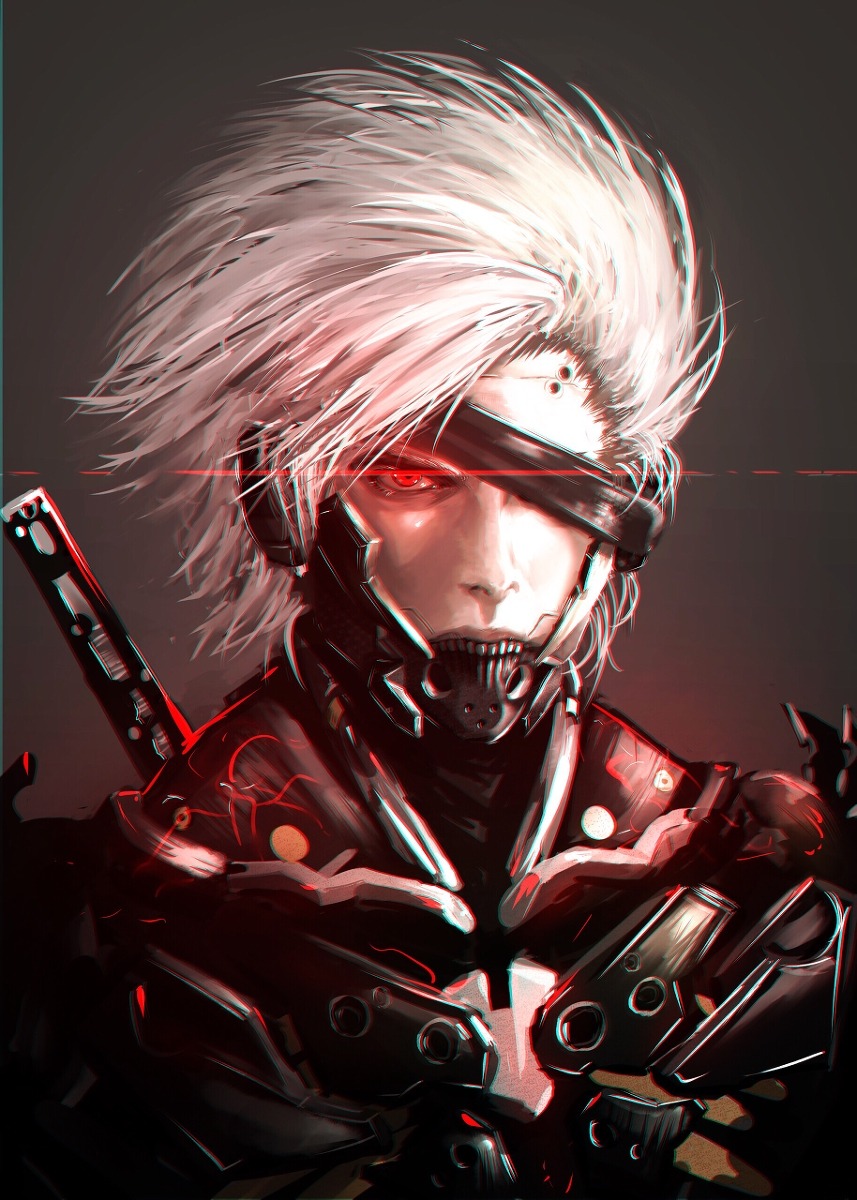 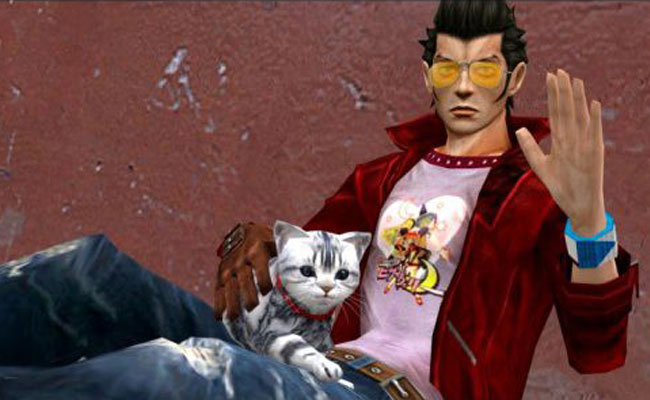 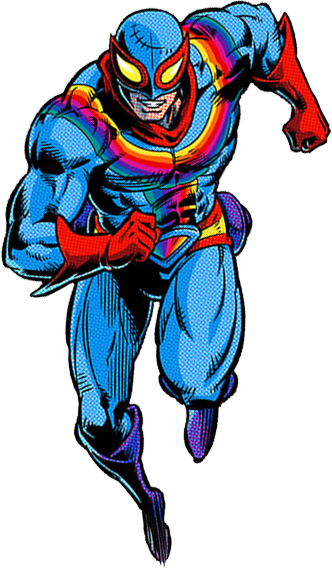 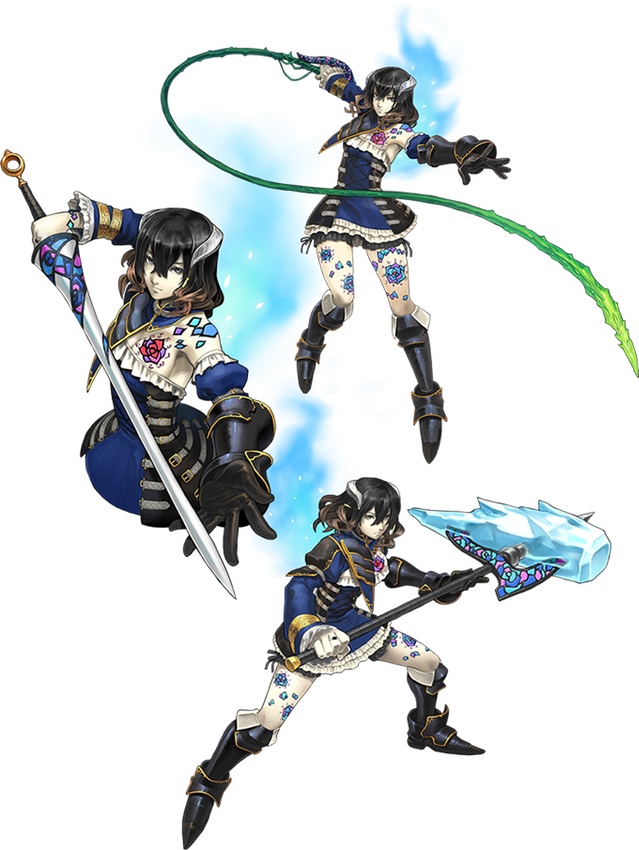 Pejo said:
Doesn't matter who we want, it's going to be whichever marketing opportunity is relevant at the time they're releasing.
Click to expand...
Ah yes, I remember that hot new Banjo-Kazooie game that came out last year as well.
Reactions: Shaqazooloo
P

ExpandKong said:
Ah yes, I remember that hot new Banjo-Kazooie game that came out last year as well.
Click to expand...
Are we being big brained and ignoring the other 4, or...?

Pejo said:
Are we being big brained and ignoring the other 4, or...?
Click to expand...
3? Terry Bogard hasn't been in any recently released games from what I can tell.

Pejo said:
Are we being big brained and ignoring the other 4, or...?
Click to expand...
I mean if you want me to break them down:

Joker: this one's arguable I guess because of Persona Q2, even though the stage is from Persona 5 which is as yet not coming to Switch at all (and P5 Scramble is coming out more than a year after Joker was added to the roster)

Hero: His primary skin and the stage are both from DQXI, yes, but try to tell me Dragon Quest didn't deserve a rep.

Terry: I guess KOF XIV is coming out on Switch this year? But watch that presentation again and listen to the way Sakurai talks about KOF and SNK and tell me it was a marketing ploy and not something he was super passionate about. They added 50 music tracks lol

Banjo: This one's purely to appease the fans.

Byleth: Three Houses came out six months ago and Byleth wasn't announced til yesterday. Pretty sure Sakurai is just a Fire Emblem fan and, like Pokemon, likes adding a rep from the newest game to each entry.


So the marketing angle is...I'd say arguable at best. The best example there is probably Joker but the idea that they'd include him to help sell a Persona spinoff on 3DS in 2019 or a Persona 5 spinoff on Switch more than a year later seems silly to me. 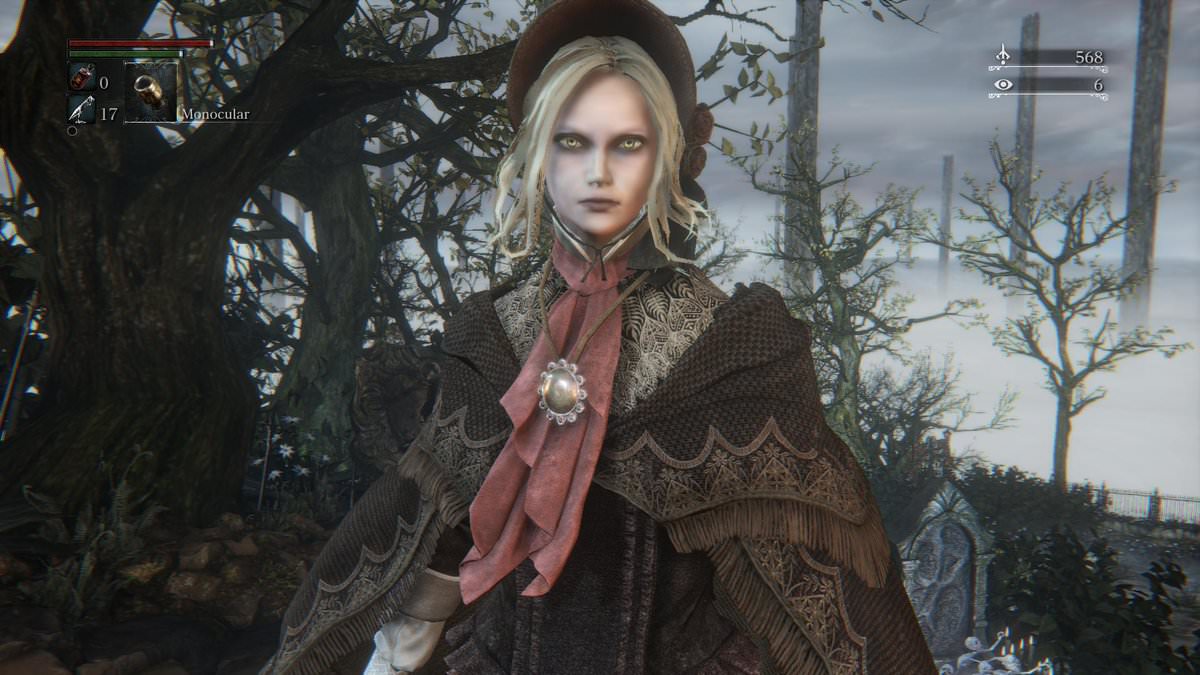 Interesting characters here, I'd like to see some classic characters come back.

Twinrova (TLOZ series)
Chris Redfield & Jill Valentine (Resident Evil)
Shy Guy or Boo either one would be great imo
Would love to see Master Chief but I doubt I'd play him much (Halo)
Geno (Super Mario RPG: Legend of the Seven Stars)
Last edited: Jan 17, 2020

I know it wont happen but playing as Marcus Fenix would incredible, even if he is largely out of place

He's so gruff and the ultimate soldier on so many levels, it wouldn't make sense to see him fighting somebody like Kirby or Puff haha

Really pushing for Resident Evil character and Geno though, above all, I want them joining the fight

its_Ditz said:
I´m open for pretty much everyone at this point. Would love to see Crash Bandicoot in here as he deserves it imo.
Dr. Robotnik would have been cool and interesting, but it´s doubtful as he´s already a spirit.
Since Isaac is also an Assist Trophy, maybe Felix could be added. I love Golden Sun to death as my personal best game of all time and believe it should be represented - best case scenario would be the announcement of a new entry.

Dante can also get in, sure. He would fit in really well imo and I think Phoenix Wright would be interesting in his moveset, unique and well deserved due to his history with Nintendo handhelds. Can you imagine the courtroom as a stage? Awesome.
Then there´s also Resident Evil. I hate that franchise cause I hate horror in general. But yeah, Resident Evil is kinda important to gaming and could bring a fun stage with it.

If they´re going to do another Fire Emblem character let it be Anna already. She´s the mascot of the franchise lol
Click to expand...
How can you hate Survival Horror? I don't believe it. You've never played a Resident Evil game?

Got my real wants long ago, so I'm fine with pretty much everything at this point. Even another Fire Emblem character. ... Maybe.

Old stuff like Bubble Bobble, Ghosts 'n Goblins and Kunio-kun would be neat and I can see those have somewhat of a chance, but I'm not really expecting or hoping too hard.

garballax said:
some of these have don't a chance but here's my dream list:
- 2B
- Steve & Alex
- Solaire of Astora
- Hatsune Miku
- Arle
- Crash Bandicoot
Click to expand...
Ya know what would be sick? if Crash got into Smash Bros. and his reveal trailer was that old commercial where he's talking smack outside of NOA, but it ends with a bunch of costumed Nintendo smash characters coming out to whoop his ass.
Reactions: its_Ditz, jadedm17 and iconmaster

Even in Playstation all Stars Battle Royale, Kat is the most powerful character.

i always pick her
Reactions: chaseroni, Ryu Kaiba and Danjin44

(Bomberman. I want Bomberman as a playable character.)

Despite getting Smash at launch I only play it on the holidays or two days a year now. Whatever comes out I prob won't even get honestly. So yeah one more year of rosterbegging threads across the internet. Sakurai is a troll.
W

Plus, we need to talk about Smash's problematic lack of lawyer representation. It's 2020, for crying out loud.
Reactions: its_Ditz 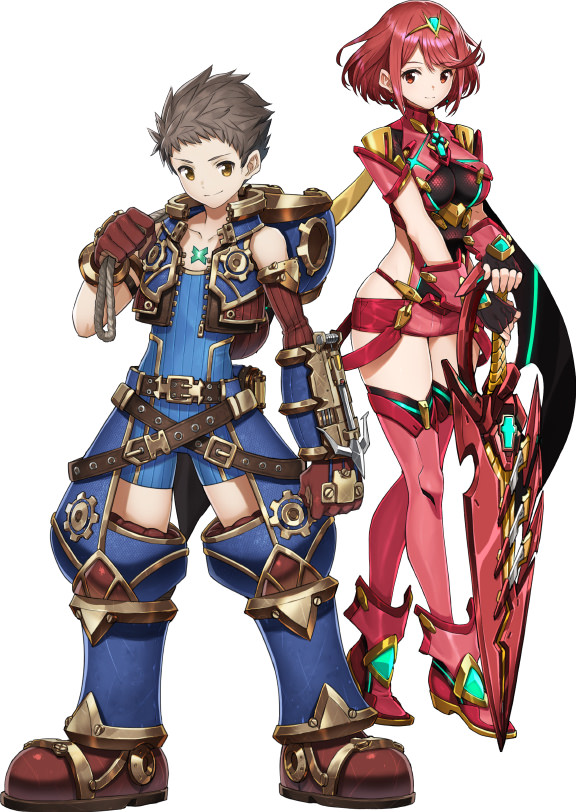 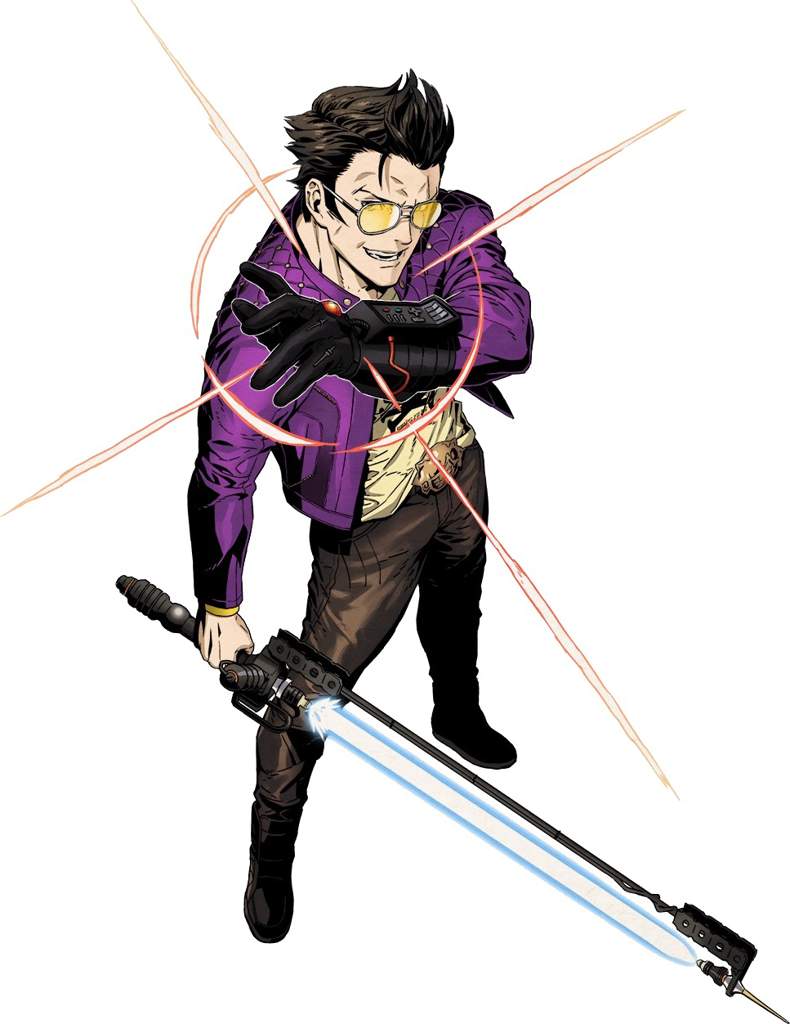 Itsuki (purely to piss people off) 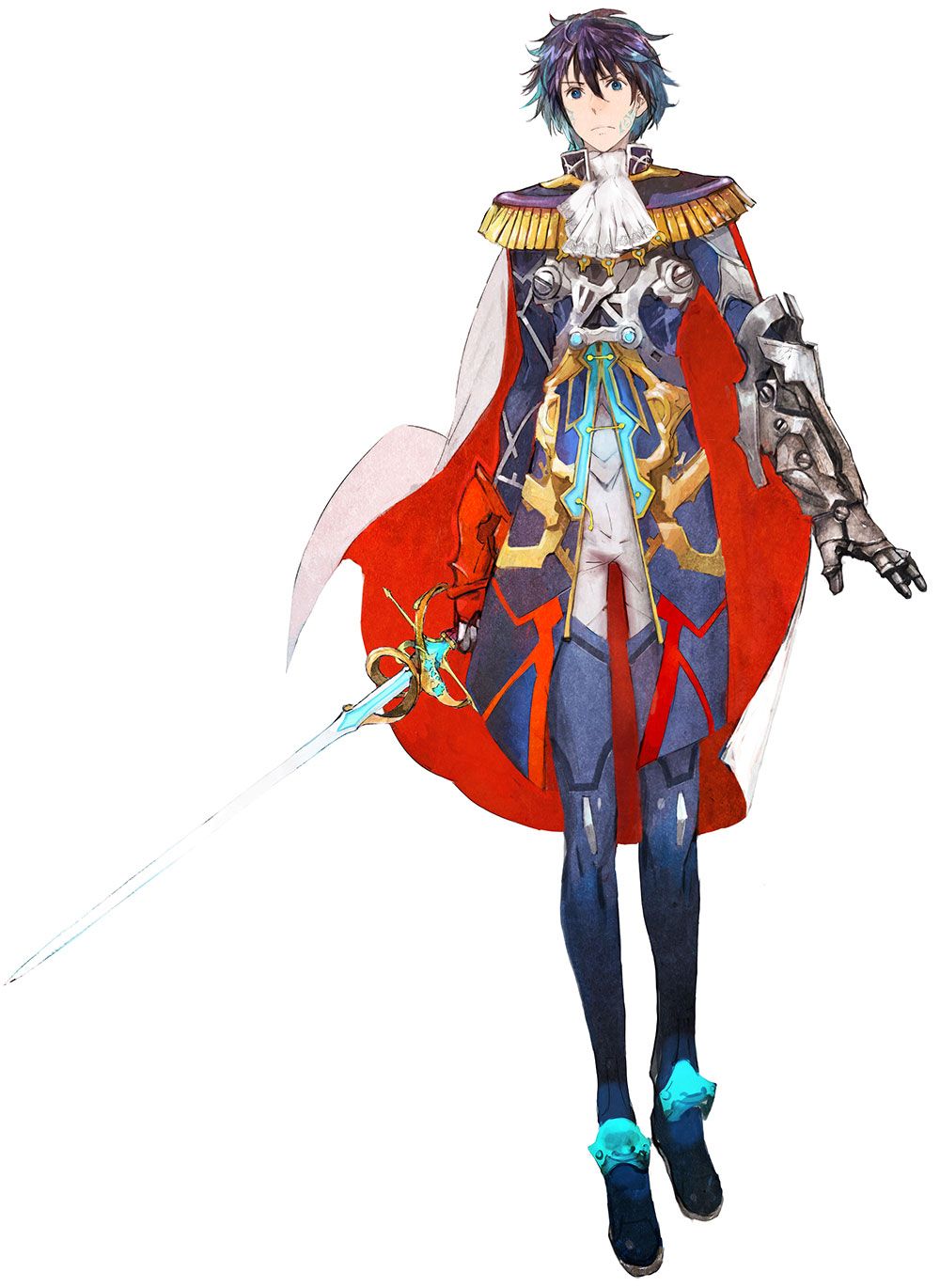 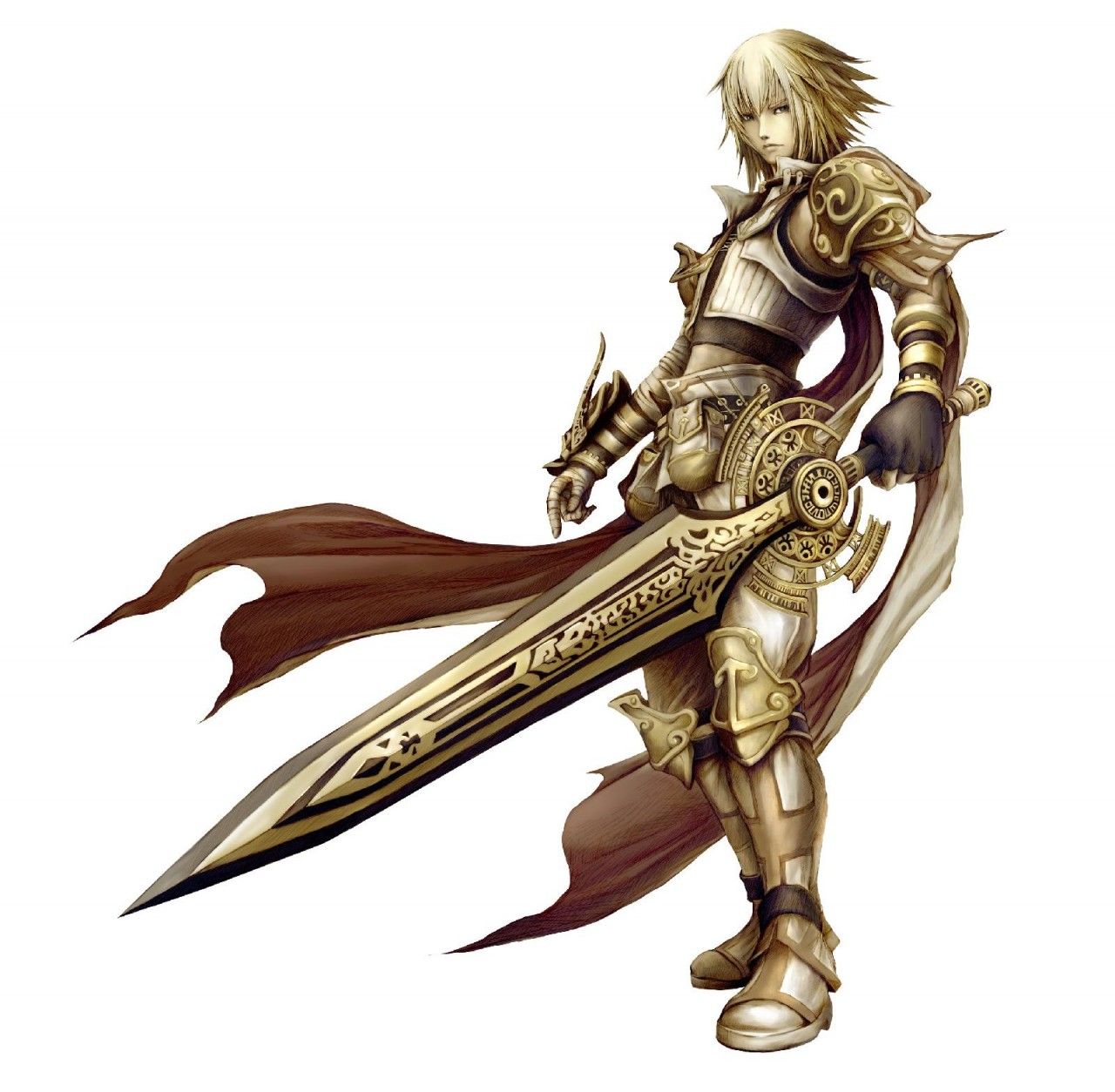 Just add Rex into the bloody game already. Or add Tiki if you must absolutely add another Fire Emblem character. At leas that way we actually get a character that'd play quite differently from all the sword lord characters.
Reactions: Shaqazooloo
You must log in or register to reply here.
Share:
Facebook Twitter Reddit Email Link
Top Bottom