Opinion The 11 Most Frustrating & Annoying Things Of This Generation

11. LawBreakers (2017)
After Cliff Bleszinski promoted Lawbreakers by being a dick, no one wanted to play the gravity-defying Lawbreakers. And no one did. Afterward, the developer, Boss Key, tried to make a Battle Royale game to keep afloat financially, but without the being-a-dick marketing approach, people didn't even hear about it. Cliff Bleszinski promptly retired from the video game industry altogether, vowing to never return. He has last been seen being interviewed in Animal Crossing: New Horizons.

10. Mirrors Edge Catalyst (2016)
After a promising first game, EA DICE set out to annihilate the franchise with broken combat and a dumb narrative. Mission accomplished.

9. Watch Dogs (2014)
Ubisoft made a plan to revolutionize the open-world genre, playing like a genius hacker, you were all set to stop evil and save the planet. The only thing they revolutionized was how many copies of Watch Dogs you could stuff in the discount bin.

8. Joy-Con Drifts (2017 til forever)
The Switch is cool, until the joystick starts to drift. Replace it with a new one and 2 days later it's back drifting. A lawsuit ensues, the fans won't let Nintendo keep manufacturing faulty products. Meanwhile, Nintendo is raking in so much cash they rather open up some budget sweatshops that take 4 weeks to fix the stick, rather than fix the joystick in the first place. They will probably add shitty joysticks on the Switch Pro simply to fuck with people.

7. Marvel's Avengers (2020)
After the excellent Rise of the Tomb Raider, Crystal Dynamics got the job of a lifetime, make an Avengers game. Not satisfied with simply cashing in on the movies, they opted to change the characters and make them all look like shit, so that no one recognizes them. And while they were successful in doing so, it meant even the most die-hard Marvel fan lacked the motivation to play this grindy-ass mess of a game.

6. Fallout 76 (2018)
Not happy with the bugs of Fallout 4, Bethesda set out to make a game so buggy it would boggle the mind of even the biggest Creation Engine apologist. As the game glitched its way into gamer's hands, Todd Howard knew he had to use the Creation Engine in all his future games if he ever were to make a game more broken than Fallout 76.

5. 343 Industries (2007 until Microsoft has had enough)
Why make a good Halo game when you can make Halo 5? that's the question 343 has been asking themselves the last decade. As Halo fans clamored for more Halo, 343 spent the last 5 years making Halo Infinite, a game featuring a new protagonist named Craig. Craig Infinite didn't quite capture the feel of Halo 5, so it was delayed so that Craig's features would be lit with some sweet-ass ray-tracing. The next generation looks bright for 343, as they plan to make Craig Infinite a 10-year project of mediocrity, which would be a step up from what they been doing for the last 7 years.

4. Stadia (2020)
Google was ready to enter the industry with a bang, make Nintendo, Sony, and Microsoft look like fools. But as they launched, they got bashed commercially and critically and was almost forgotten within the span of 10 hours. Impressive.

3. Tony Hawk's Pro Skater 5 (2015)
Robomodo (the developer) had a problem, the license for Tony Hawk was about to expire, so in a complete panic, they smashed together random elements of skateboarding games into a creature that would consume the entire "extreme sports" genre and violate the Tony Hawk name for 5 years until a remake of 1 + 2 made people get the revulsion of the worst cash-grab of the generation out of their mouth.

2. No Man's Sky (2016)
While it's a bit dumb to expect a small studio to make such an ambitious game, Sean Murray had a tendency to talk about features that were planned, but not yet implemented into the game. As it so happened, those features were not doable and the game launched without many of the cool things he hyped up. What followed was the annihilation of human decency as gamers collapsed into a clusterfuck of hate and uproar that engulfed the industry into death threats and online crying.

1. Bioware (1995 until self-destruction is fulfilled)
In the last generation and beyond, Bioware was a beacon of quality and loved by fans worldwide. A pillar of video games. This generation, Bioware has done their best to destroy their company. Inquisition was good, but some of their games got canceled, and what they did release, Mass Effect: Andromeda and Anthem, should have been canceled. Only the gods know how they still survive. The only hope they got left is to appeal to the shittiest forces in video games: Cheap remasters with no new content or fixes other than being bundled. That said, Bioware has wowed to re-work Anthem, something which firmly puts them back on the track of company destruction. Can they do it this generation? can they finally manage to self-destruct?
Reactions: BasedPrime, halfHedge, laynelane and 1 other person

list will grow as I continue to ponder.
Last edited: Nov 22, 2020
Reactions: hariseldon, Kayoba and SinDelta

12. RDR 2 - It was a big let down compared to RDR 1.
Reactions: intbal, The Infectious Paradox and Mr Moose

retsof624 said:
I thought the combat in Mirror's Edge Catalyst was much better than the combat in the first game
Click to expand...

I don’t blame crystal dynamics for marvel avengers. That game reeks of higher ups demanding multiplayer after some weasel consultants told them they would profit more if it had mp. You can even see when the stages that were well thought out for single player turn to horrible mp levels half way through the game.
Reactions: SinDelta

People rating games 0/10 to "punish" the devs/publishers for totally unrelated matters.
Reactions: balls of snow, laynelane, Kuranghi and 1 other person 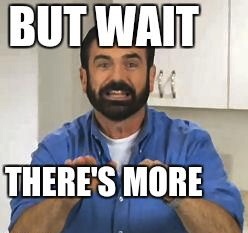 I didn't know about some of these things so thanks for the write-up. I agree on Fallout 76. I've pretty much given up on the franchise at this point.

14. RDR2 being a letdown deniers
You must log in or register to reply here.

Opinion Game Dev Halo Infinite will be made for fans and newcomers; Game Pass influenced the development

Jul 25, 2020 started IbizaPocholo
Jul 29, 2020
IbizaPocholo
Are you more excited for God of War: Ragnarök or Halo Infinite? Which game do you think will be bigger upon release next year?