Labolas said:
Also Miko started up a twitch channel. I believe it's only for watch alongs since I think Hololive got kicked off of billiblli.
Rumor has it that Watame and Ame are next since they both have old twitch accounts.
Click to expand...

Although I have Amazon Prime, I still find Twitch Chat a bit less welcoming than others.
Maybe Gura will also go on Twitch she had streams there as well in her other life

Still I don't want to miss out on streams because they are on Twitch.

I think Miko is a wildcard and like to push the borders so maybe Twitch is a good place for her to go nuts
Reactions: Labolas

The New Guy said:
I can see the appeal, but personally not something I'd watch. I already feel weird enough as it is just watching normal streamers play games. The closest thing I've watched to a character being played on stream is probably Dr. Disrespect. Haven't watched him since he got banned off Twitch though, as I don't use YouTube Gaming.
Click to expand...

many will fail down the rabbit hole

I have a feeling this video will also go private really fast so don't miss it, starts soon

Shaqazooloo said:
Honestly, that was a pretty good racist joke, I got to give her that.

I'm sort of on the same page as Omni, in that i'm not really offended or anything, kind of just found that funny (mostly because I don't mind racist jokes).

It's not really surprising though for China with a lot of the stuff that has happened this year. It's funny, I remember last year their was someone on the politics board staning for China trying to say they were one of the least racist countries for black people.
Click to expand...

Labolas said:
Yeah China's fuck up in general. This wasn't a surprise really.
Click to expand...

Yeah Racism can be funny, back in the day comedy use to contain many racist jokes towards a lot of people. I watched enough old Bugs Bunny to remember some of that old shit. I can laugh at that shit but after I stop laughing it is still fucked up to know China is still supportive of this shit. Seeing a vtuber go that far tells you the hate will never end. Seeing someone use new media and tech and that is one of the things they came up with, you can't help but laugh at how fucked up that thinking is.

Gura is so doomed she is too excited not pacing herself

edit: Gura got to confident and placed the level up to MAX Level

This is bad, Watame is singing until 600K

I have seen people reach 2K on a stream when they are 2K away from a milestone. Never seen something like a 5K gap.
Her music is good though.

edit: She did it

Shark is addicted to the wrong game


wait until she finds the rhythm game mode


Edit: The debut for Reine happened. Not feeling her vibe at all a little snobish type not willing to have fun, kinda wants to be your Mom or strict teacher. I'm sure some will like that type. Eww

Nice thing is she wanted to be a Peacock and her personality matches that bird, but her chat went straight to calling her a Turkey nice!
Last edited: Dec 6, 2020
Reactions: Stitch and Shaqazooloo

I have a lot more respect for Gura now

after all of that she still woke up for Yoga and kept it at level 30.

She deserves her sub count.
even took the time to sing her BGM

she is not afraid to play along with chat

even though the chat got a little out of hand with the "LEWD" during the Yoga stream she was not even mean about it. "Do I have to BOINK YOU?" is all she said.

give Gura another 500K

she keeps getting banned

Saw this the other day and almost died:

Reactions: Stitch and Smiles and Cries

Shaqazooloo said:
Saw this the other day and almost died:

after all this time she still can't drive lol

is this part of the Anti-Vtuber cult?

kinda puts her next stream into context

Kiara was so happy lately that she made it, it goes to show youtube can take it all away at anytime
Last edited: Dec 10, 2020
Reactions: Shaqazooloo

Ok how are there so many vtubers already.
Reactions: Shaqazooloo

blockhead77 said:
Ok how are there so many vtubers already.
Click to expand...

there are thousands of them, there have been that many for a few years. Lots of new fake ones too, those are people who set themselves up as vtubers but all they really do is get on a soapbox on twitter speaking about cancelling Lolies and Toxic vtubers for whatever reason. It has become something new to do I guess.

Calli's humor is still all over the place, she does so many weird things you never know when she gonna take a left

still not someone you want to go against

everyone is her Senpai now

she forgot about Calli in this rebirth
Last edited: Dec 10, 2020
Reactions: Shaqazooloo

Wow, that's a lot of vtubers.

Kiara is also close to 600K


good job Ollie you are going to survive little zombie 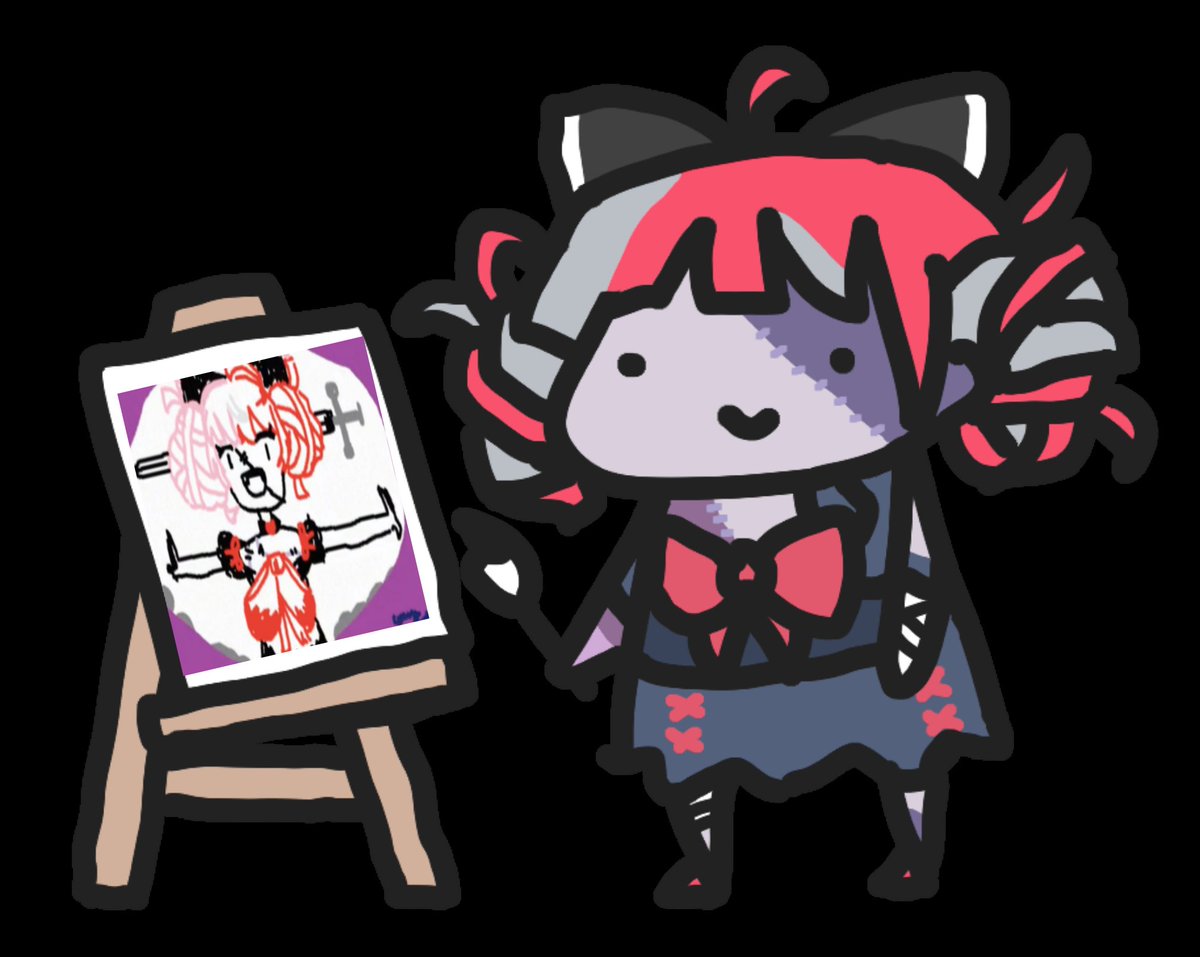 these are vtubers too right?


I love the first guy and the second one too
Reactions: ZZZZ, Stitch and Shaqazooloo

Smiles and Cries said:
these are vtubers too right?


I love the first guy and the second one too
Click to expand...

Yeah I remember seeing a bit from the Dino guy, he seems alright, the rotten... hamburger... thing creeps me out though...

Shaqazooloo said:
Yeah I remember seeing a bit from the Dino guy, he seems alright, the rotten... hamburger... thing creeps me out though...
Click to expand...


Shaqazooloo said:
Yeah I remember seeing a bit from the Dino guy, he seems alright, the rotten... hamburger... thing creeps me out though...
Click to expand...

I will admit I had this streaming on my switch and tv and Die Hard on my macbook going at the same time and it was fun watching along. It may sound corny but the watch along thing works out well. They were kinda quiet this stream due to not being able to see chat at the time.

Here is Pekora coming out to her Mom

I have not watched with Calli or Kiara they picked movies I just did not want to watch.

3 hours long versions of Lord of the Rings - Kiara

Kiara watch many of those long movies for members only

how come these videos are working when Youtube Kun is down? 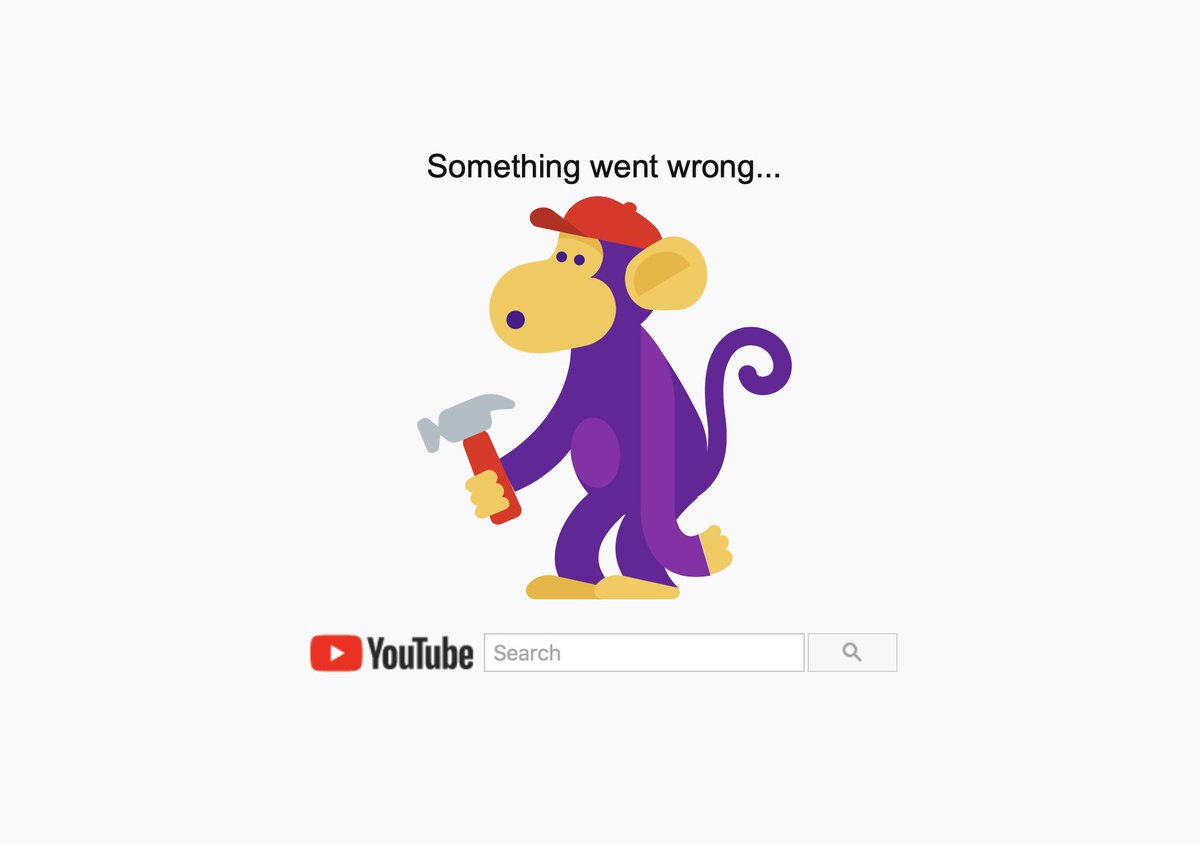 Is it just me or do the views during streams seem lower than what they usually are?
Reactions: Shaqazooloo

Even betas are laughing at this
Reactions: Shaqazooloo

Labolas said:
Is it just me or do the views during streams seem lower than what they usually are?
Click to expand...

INCUBASE said:
Even betas are laughing at this
Click to expand...

I am no longer a Haachama fan


I am no longer a Haachama fan

Amazing if she actually ate it, I'm sort of interested in where she's going with all of this or if this is a drama phase.

not really sure why Kiara bothers to use the beeps, sure it is funny but she still wants you to hear her F-bombs

Shaqazooloo said:
Amazing if she actually ate it, I'm sort of interested in where she's going with all of this or if this is a drama phase.
Click to expand...

she is weird would not be shocked if she ate it, not that people don't eat bugs routinely but still she is going for the shock and gross factor when she does Haachama Cooking
Reactions: Shaqazooloo

my macbook can't handle the chat when she reaches over 50k watching and tying on chat
Last edited: Dec 20, 2020

I gotta say if Botan had better taste in games I'd probably dig her quite a bit.

Also how do these people create these avatars? Does hololive do it for them or what?
Reactions: Shaqazooloo

I have come around on Ina quite a bit watching her Journey stream. She's practically the most seiso of the EN gang.
Reactions: Shaqazooloo

kunonabi said:
Also how do these people create these avatars? Does hololive do it for them or what?
Click to expand...

They have different Artists for them. People who draw Thumbnails and stuff like that and people who do the Live2D Models


one of those famous drunk song sung by Senz

I hope we get to see her cosplaying as Amelia Watson.

Reactions: Shaqazooloo, ZZZZ, Smiles and Cries and 1 other person

MayauMiao said:
I hope we get to see her cosplaying as Amelia Watson.

everything about Gura's design is really nice but I can't say the same about the tail or how it is drawn in fan art as real, it should be cosplayed as just a fake cardboard like her Live2D model

Question is did she go commando for the cosplay to keep with the Gura lore?
Last edited: Dec 21, 2020
You must log in or register to reply here.

May 23, 2020 started Punished Miku
May 27, 2020
triplestation
Opinion Immortals Fenyx Rising is the best ubisoft game in the past few years