Opinion Cringe Why There Are No More Marvel Cinematic Universe Games

Why There Are No More Marvel Cinematic Universe Games

Once upon a time, there were MCU games. (They weren't good.)

www.usgamer.net
Tonight, fans around the world will be funneling into movie theaters, clutching giant popcorn tubs in Infinity Gauntlet-gloved hands, with other Marvel-themed paraphernalia on their bodies. That's because it's the opening night of Avengers: Endgame, the long-anticipated finale to the Thanos saga, the eve of the end of Phase 3 for Marvel movies overall (which takes its final bow with Spider-Man: Far From Home this summer).

With all the excitement around Marvel, and specifically the Marvel Cinematic Universe (lovingly just called MCU nowadays), I've found myself sitting on a question I'm sure many have. Where the heck are all the MCU games?

While there's been a big resurgence of Marvel games as of late — with last year's excellent Spider-Man from Insomniac Games, the recent news of Iron Man VR coming to PlayStation VR exclusively, and the return of Marvel Ultimate Alliance — the games all share one big thing in common: they're not canon with the MCU. They are unique takes on the Marvel properties, nothing tying them to the famous faces we recognize on the big screen.

This wasn't always the case. In the early days of the MCU, Captain America had his own game in Captain America: Super Soldier, and Chris Evans even reprised his role as Cap for the video game. It received middling reviews though. Thor: God of Thunder, timed around the first Thor movie, also got its own action game. Its story wasn't canon with the MCU, but it still featured Chris Hemsworth and Tom Hiddleston voicing Thor and Loki, respectively. Some of its characters, like the DS version's boss Hela, even make appearances in Thor: Ragnarok six years later. (Hela, as you know, is the main villain of Thor: Raganrok.) God of Thunder reviewed even worse than Super Soldier.

After a bout of middling licensed games for major consoles (and sometimes Nintendo DS too), Marvel seemed to make a big shift. Iron Man 3, despite its direct predecessors being available on PlayStation 3, Xbox 360, and portable platforms, was a mobile-exclusive runner.

Since then, MCU-adjacent games have basically been nonexistent. In 2016, Lego Marvel's Avengers released, and like all Lego games, was perfectly fine and received middling reviews. Marvel Future Fight is a mobile action-RPG, and gets events tied to the films for movie releases. Otherwise, a lot of the Marvel games we see are completely standalone; featuring the familiar license, but not the voices or likenesses we've grown invested in over the course of a decade-plus of comic book movies.

Logistically, it makes sense when you look at the negative to so-so critical and commercial reception of the early MCU games. Most licensed games are a gamble, and triple-A scale games are more expensive to make than they ever have been before. (Thanks technology.) To sink resources into a movie tie-in game that might not only perform poorly, but be panned critically is a shot that Marvel Entertainment might see as a risk not worth taking.

As Marvel, and other movies frankly, have discovered, there is another option: the famed movie tie-in event. Insomniac's Spider-Man featured a suit based on Spidey's from Avengers: Infinity War. And today, Fortnite even unveiled its own Avengers event: a mode where Captain America's shield, Hawkeye's bow, Thor's hammer, and Iron Man's repulsors are weapons to use against an in-game Thanos and his army of Chitauri (which are also playable). Similar to last year, when Fortnite hosted another Avengers-related limited time event, players can even become Thanos upon discovering an Infinity Stone.

Monetarily, it makes sense to deliver on things closer to this, rather than full games. Theoretically, it's more cost effective. With Fortnite in particular, Marvel will be serving its Avengers-related shenanigans to a massive playerbase of 250 million registered players (and counting), instead of trying to build its own audience through the promise of just a Marvel video game. With a Fortnite event, it's two big sweeps in one.

There have arguably only been a handful of actually good movie tie-in games in the mid-to-late 2000s, like Scott Pilgrim vs. The World: The Game and The Chronicles of Riddick: Escape from Butcher Bay (arguably, even better than the movie itself). But when I look back on the 1990s, it's evident that lackluster movie tie-ins that became commonplace weren't always the norm. Once upon a time, there were even consistently good ones.

Disney movies, famously, had largely excellent movie tie-in games, like The Lion King and Aladdin for the Sega Genesis. The Nintendo 64-exclusive GoldenEye 007 is an all-time classic when it comes to first-person shooters. Even the Tobey Maguire-starring Spider-Man 2, another superhero game based on a movie, is still praised to this day for its excellent swinging mechanic.

But after having a good time with Spider-Man last year, I can't help but daydream about a world with, like, actually good MCU-specific games. Think of a game version of Spider-Man: Homecoming, paced like a Persona game with slice of life activities and teenage friendships in-between swinging around Manhattan to save the day. Or a city builder-management simulation set after the events of the original Avengers, wherein you rebuild New York City after aliens and Loki destroyed most of it. Or even, bare with me here, an Avengers-themed Musou game, with the likenesses of each character from the movies spitting out quips referencing their relationships as if they were in a fighting game that isn't Marvel vs. Capcom. It'd be the charm and chillness of Hyrule Warriors, but MCU.

Of course, action-adventure games like what Spider-Man and Iron Man VR are fulfilling will remain the easiest shoes to fill, but in a fantasy land, I'd like to think there would be some variety to MCU games.

The answer to the future of MCU games is likely still a bummer one. Marvel will continue with licensed games unrelated to its movie adaptations, like with this summer's Marvel Ultimate Alliance 3: The Black Order and Crystal Dynamics' long in-development Avengers game (which likely won't tie into the MCU). In the meantime, at least we can pummel Thanos in a battle royale.
Reactions: JareBear: Remastered, Belmonte and Darkmakaimura

Because shovelware have migrated to mobile.
Reactions: Orenji Neko, JareBear: Remastered, brap and 7 others

KiteGr said:
Because shovelware have migrated to mobile.
Click to expand...

I'm actually pissed you cant buy the Ultimate Alliance games anymore. I missed out the small (8 month?) window to buy the remastered re-releases. The first game was great, but I never played the second one.
Reactions: JareBear: Remastered, laser_printer and sol_bad

raduque said:
I'm actually pissed you cant buy the Ultimate Alliance games anymore. I missed out the small (8 month?) window to buy the remastered re-releases. The first game was great, but I never played the second one.
Click to expand...

Last I checked you could still buy the bundle for PS4 on Amazon, if you so desire.

I'm glad there isn't. Movie tie-ins were cool in the 8-16 bits days, where they could slap the actor's face in the cutscene, draw backgrounds based on the movie locations and call it a day.

Today, with the lengthy production, movie tie-ins means cuts in the game because they need to release it along the movie, lots of money payed to actors and even more streamlined mechanics.

Hey now, I enjoyed Captain America. It was a good Arkham Asylum rip-off I thought.

Thor on DS is aces too. It’s 2D goodness from Wayforward.

Rorschach's Journal said:
Last I checked you could still buy the bundle for PS4 on Amazon, if you so desire.
Click to expand...

Yeah, I saw that, and they are better with a controller, but I'd like to run the max settings and VSR on my PC.

What the other guy said about mobile. But also, there's mainstream games that all kids want to play now, so they don't see the shovelware at the store anymore and go I WANT THAT. They just want Minecraft and Fornite.
C

Thor on DS is aces too. It’s 2D goodness from Wayforward.
Click to expand...

Is the Thor DS game as good as the Alien and Mummy ones? The Mummy was a great surprise, it was short but sweet.
Reactions: Cravis

ClanOfNone said:
Is the Thor DS game as good as the Alien and Mummy ones? The Mummy was a great surprise, it was short but sweet.
Click to expand...

Definitely agree with you on the Mummy. That was a pleasant surprise!

Thor is more straight forward with levels and doesn’t have the Meteoidvania gameplay loop of those. I think it might actually be running on their Contra 4 engine because you utilize both screens like that one did.

Thor on DS is aces too. It’s 2D goodness from Wayforward.
Click to expand...

Thor: God of Thunder was good on the Wii version.

The PS3/XBOX ONE version was pretty busted I heard.

raduque said:
Yeah, I saw that, and they are better with a controller, but I'd like to run the max settings and VSR on my PC.
Click to expand...

I’ll save you the trouble. I got the pc rerelease as well, but it is riddled with bugs like a constant audio stutter. If you are dying to play them, get the console version.

KiteGr said:
Because shovelware have migrated to mobile.
Click to expand...

Rorschach's Journal said:
I’ll save you the trouble. I got the pc rerelease as well, but it is riddled with bugs like a constant audio stutter. If you are dying to play them, get the console version.
Click to expand...

Well that's lame ... thanks for the warning.
Reactions: Rorschach's Journal 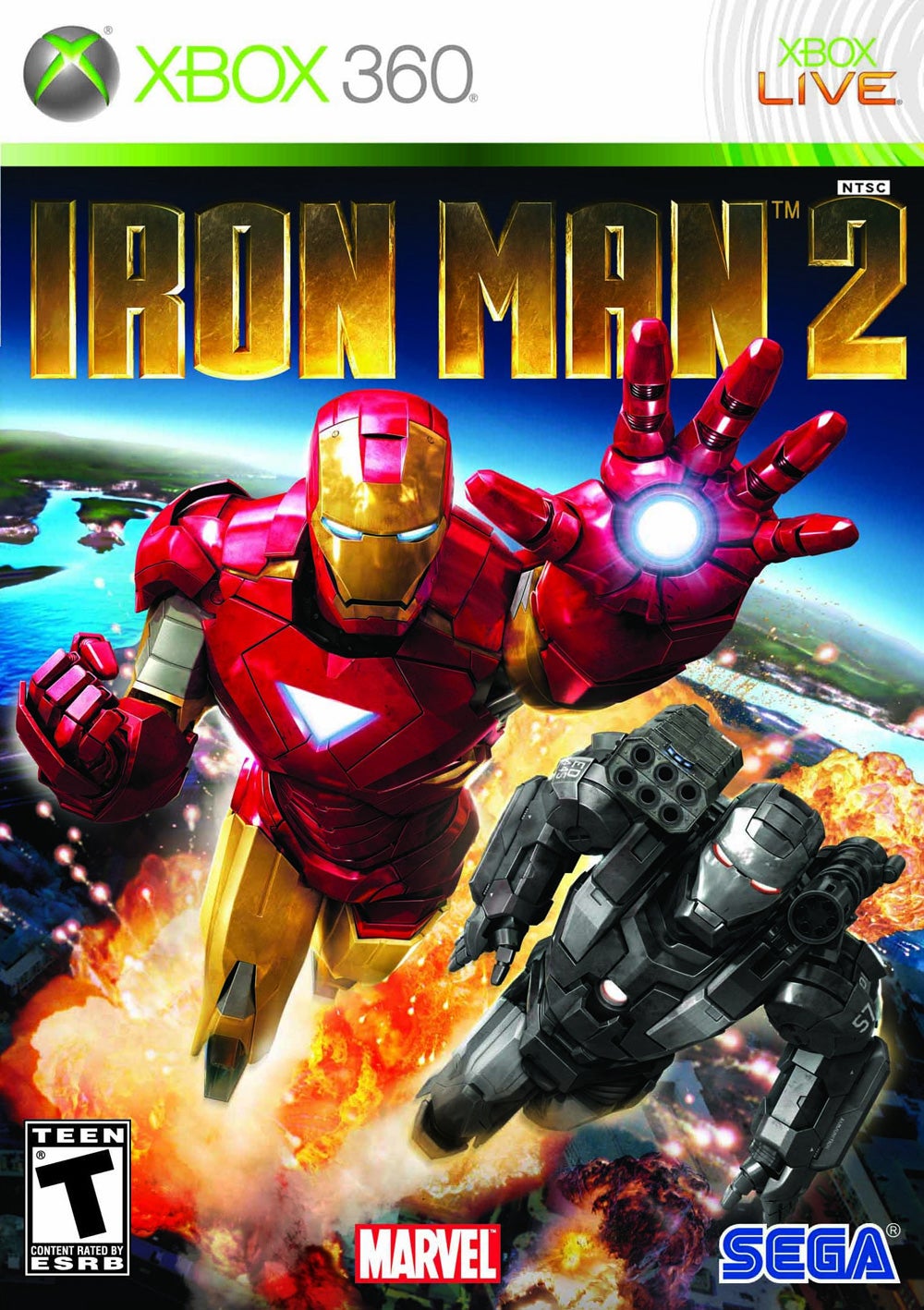 If they put quality studios that could inject the love and care that we got with PS4 Spidey, man, MCU games would be fuckin awesome.

I miss the old Hulk: Ultimate Destruction days. So much fun, SMASH everything
Reactions: Cravis

I'm pretty sure they plan to work on a Marvel vs Capcom 4 that I assume would be announced / released once Disney and Capcom see a good fit.
Last edited: Feb 1, 2020
You must log in or register to reply here.

Oct 11, 2020 started Darkmakaimura
Oct 12, 2020
Rorschach's Journal
As of Avengers: Endgame, who is the most powerful character in the Marvel Cinematic Universe?