Will you be joining PC gaming?

I own a more then capable gaming pc + Xbox one X, PS4 Pro and a switch. I dont even use my pc to play games anymore i just work on it, maybe a round of civ once in a while. Neither my ps4 i just turn it on to shoot the shit with friends in groups once a month. And neither my switch, only reason i bought is what that bayo 3 was announced. Thats just a a paperweight, only good game on it is tetris 99,

As a sony fan that loved the PS3 and Vita era i dont really care anymore about sony exclusives on pc (or on console for that matter) Only sony first party studio games i played this gen was Gravity Rush 2, Death Stranding, and Driveclub. Where the fuck is games like Folklore, Resistance, Tokyo Jungle, Motostorm, Puppeteer, something unique.

Same applies for xbox, only use it for the kodi app and 3rd party titles.

Got a pc already. I'll consider a switch when they release the pro. So far have saved $200 toward XSX and PS5.
Reactions: Cult of FartNoise, Hobbygaming and Bryank75

For the record I voted I’m getting an Xbox, but I also intend on getting a PS5 as well.
Reactions: Hobbygaming and Bryank75

I'm looking forward to PS5 exclusives coming to PC. There's no reason to buy a Series X and hopefully no reason to buy a PS5. I can play it all on PC without having to waste money on a console.
Reactions: DaveMorris, VFXVeteran and magnumpy

Already have a PC and I'll likely stay there.
Reactions: magnumpy

manfestival said:
Never will I join PC gaming. The base is stupid and the games are trash. Super expensive waste of money.
Click to expand... 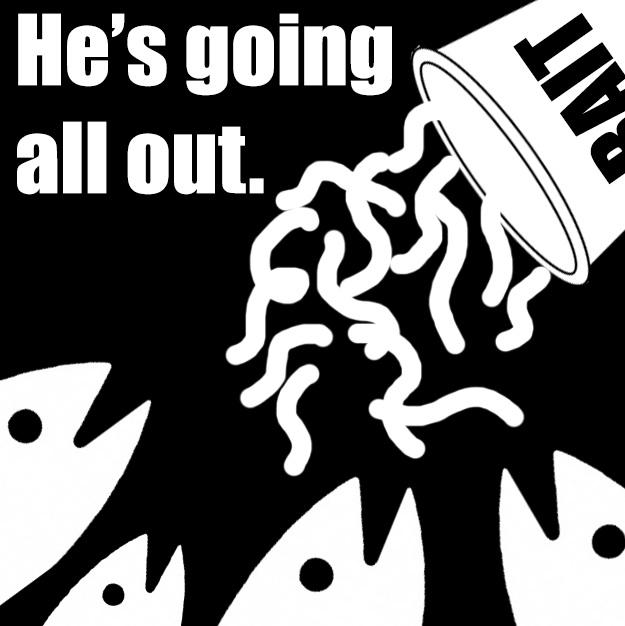 I already have a PC! Don't really want another console, though my PS4 was a nice media device

I can't fathom gaming on consoles in 2020 when PC gaming has proven itself so much more superior in just about every aspect.
Reactions: Graciaus

manfestival said:
Never will I join PC gaming. The base is stupid and the games are trash. Super expensive waste of money.
Click to expand...
Same here. 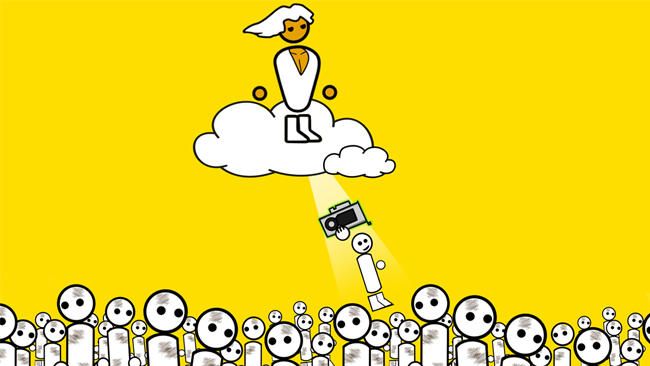 I don't game on PC for console ports.
Reactions: Hobbygaming and GHG

pr0cs said:
Where's the 'all 3 option?'
Click to expand...
Why would you need to buy another xbox and ps again if you can get everything covered on PC?

No. I spent all day in front of a computer & hunched up at a desk from work so I rather chill on a couch and play games. Sure, can do that with a PC but then it feels like I am not escaping from work. So console for me. Planning to get the series X.
Reactions: existensmaximum and Hobbygaming
E

I've been planning to do so for while actually, but I want to know the hardware specs for the PS5/XSX in detail before I start buying. Planning on a RYZEN 9 3900X / RTX 2070 SUPER (might be overkill but should be enough to keep me gaming on 1080p for a while!).

I have a PC, and was thinking about picking a PS5 next gen. Now I'm not sure.

If Sony is releasing its exclusive games after 1-2 years on the PC, I won't get a PS5. I don't care about playing them day one. Good games are always relevant.
Last edited: Jan 17, 2020
Reactions: DaveMorris, Monsterkillah, Aidah and 1 other person

I'll be looking at how Zen 3, RDNA2, and Ampere turn out later this year and then, decide my new build. Since I'm a slow-ass and rarely buy games at launch (the only I've done it this generation is for Persona 5), waiting a few years for Playstation 1st party PC ports is not a big deal for me.
Last edited: Jan 17, 2020
E

And use Windows for gaming? Ew, gross
Reactions: Blood Borne

I love the “plug and play” nature of consoles. Don’t care for PC at all.
Reactions: Hobbygaming and Radical Dreamer

I mostly game on PC. I might not buy the ps5 if Sony publishes all of their exclusives on pc.
Reactions: Hobbygaming

existensmaximum said:
And use Windows for gaming? Ew, gross
Click to expand...
There's a free version of Windows that you can install. The downside is that you can't change the desktop background.

Linux would be the OS alternative and while Linux gaming has made significant strides ever since Steam Play Proton, there are still a bunch of kinks to sort out. However, if more and more games utilize Vulkan, a lot of the work would be alleviated.
I

Already own a PC, recently upgraded graphics card to a 1080 so I'm set for a while.

No interest in new consoles until I know what's coming. I own a PS4 and Switch and are plenty occupied with those now.
Reactions: Hobbygaming
G

Bloodborne was the only console exclusive I feel was a must play. I'll upgrade my PC and continue gaming on it.

Plug into my TV and use a controller. Boom now it's a console but better.
Reactions: Hobbygaming and Aidah

I'd like to explicitly add- Some elements of PC gaming suck, like getting a damn controller to work like you want it to, but the added convenience of doing all my shit on one device, gaming and web browsing and any other computer-related stuff (obv.), is too good. I have a setup for my PS4, on my PC's second monitor, actually, and it's pretty neat but not quite as convenient as my PC where I have total control.

I can see why people like the convenience of console. Def a person to person thing.
Reactions: Hobbygaming

Already on pc master race. Not rich enough to own a modded sports car, so my zing'upd PC will do

Thanks Sony for going third party, i can wait 6-9 months to play your games on PC
Last edited: Jan 17, 2020
Reactions: VlaudTheImpaler
S

PS5 for me.
Reactions: Hobbygaming
T

PCgamibg is expensive so No.
Reactions: Hobbygaming

I'm definitely getting the PS5. Sticking with my Switch. Upgrading my PC once the 3000 series Nvidia cards arrive and more than likely I'll be getting the Series X, assuming Microsoft don't go all out with this streaming bullshit trying to take over what that Google shit is doing.
Reactions: Hobbygaming

too much eslim said:
PCgamibg is expensive so No.
Click to expand...
I'd say building a PC is expensive, but purchasing games CAN be extremely cheap on PC. Epic gives away a free game every week or so.
Reactions: Griffon

I plan to go PC + PS5 next gen
Reactions: Hobbygaming

Humdinger said:
No, I don't like playing games on PC. I prefer the console experience. It wouldn't matter if every Sony exclusive was released Day 1 on PC, I'd still be on console.
Click to expand...

Let everyone play where they want
Reactions: Hobbygaming and Humdinger

I'll upgrade my PC later this year, when the new cards come out. PS5 is a maybe, only if there's something worth getting it for. Series X is a never, it would be redundant. Switch Pro, day 1 if it's a significant upgrade.
Reactions: Hobbygaming

I currently run PC/Switch combo., I will probably get a PS5 for ReMake
Reactions: Hobbygaming

Will get a ps5, i have a good enough pc, but i prefer to get my games in physical form so i've just been getting them for my switch/ps4.
Reactions: Hobbygaming

already own a PC, it will get upgraded eventually I assume. own a PS4, will get a PS5 at launch
Reactions: Hobbygaming

Never will. I WORK on PC.

Click to expand...
So your APM should be amazing.

Plus, you know where the any key is.

AV said:
Already play on everything. If they port them to PC after a year or more, no, I'm not gonna wait, I'll play on PS5 so that I can actually talk about the game while it's relevant.

If they're on PS5 and PC on day one? And PC has an unlocked framerate? Sure, PC.
Click to expand...
Isn't a good game forever relevant though?
Reactions: DigitalScrap

I have had a PC for eons, so will proudly be on that PC.

That being said, I'll definitely be picking up one of the consoles. Won't know about which one until we get a lot more details and things pan out better. I wish I could just say it would be a hard one or the other, but I really don't know. Especially since my preferences went from PS2 -> Xbox 360 -> PS4. It's anybody's game!
T

MacReady13 said:
I'd say building a PC is expensive, but purchasing games CAN be extremely cheap on PC. Epic gives away a free game every week or so.
Click to expand...
Game pass has made gaming so much easier for me. I'd played games I wouldn't have spent money on.
E

The Mad Draklor said:
There's a free version of Windows that you can install. The downside is that you can't change the desktop background.

Linux would be the OS alternative and while Linux gaming has made significant strides ever since Steam Play Proton, there are still a bunch of kinks to sort out. However, if more and more games utilize Vulkan, a lot of the work would be alleviated.
Click to expand...
Oh I've got Windows on my PC. I just think it's really gross and unappealing in every way for gaming. Don't even get me started about Linux.

Quezacolt said:
Will get a ps5, i have a good enough pc, but i prefer to get my games in physical form so i've just been getting them for my switch/ps4.
Click to expand...
Same. I'm a physical gamer for life lol the day I can't collect and own my games is the day I quit buying new games

I'm very happy with PC gaming, it's better than it's ever been.

SONY fans should be outraged, exclusives going on PC is a problem for PS5 fans.

EverydayBeast said:
SONY fans should be outraged, exclusives going on PC is a problem for PS5 fans.
Click to expand...
Has this ever been confirmed?
I do most of my gaming on PC, PS4 and Switch , I don’t see it changing anytime soon.
Reactions: Hobbygaming

Depends on if I want to game at my desk or TV.

EverydayBeast said:
SONY fans should be outraged, exclusives going on PC is a problem for PS5 fans.
Click to expand...
How? Couldn't they just, you know, buy them for Playstation? Man-child syndrome must be real, the outrage is hilarious at best.
Last edited: Jan 17, 2020

I've done the PC gaming thing a couple times. It's just not worth the hassle imo. Too many things can go wrong.

I have a PC and a PS4. the thing is my PC hardware blows away my PS4, it's no contest really. but based on rumors and speculation (and my guess really) PS5 should blow away my PC, so I'm guessing much of my gaming time will be devoted to PS5. at least that's how its looking, I'm open to anything though
Reactions: dano1
You must log in or register to reply here.
Share:
Facebook Twitter Reddit Email Link
Top Bottom