lies. He is gone. Forever. 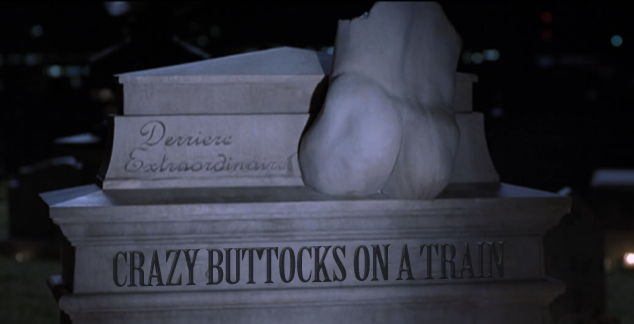 Jarmel said:
He must be very high up to get all this info.
Click to expand...

Agreed. The dude was believable until this second wave of stuff. This is just too much, I have a feeling that I'm going to wake up in the morning and there's going to be a whole lot of disappointment.
H

I feel like this has to be Phil Spencer or something crazy. He's been teasing so much on twitter since Mattrick left, I don't know how anyone else could know so much.
A

Jhriad said:
The only thing I'm interested in at this point is making sure CBOAT is okay. Someone assemble GAF Team Six and break him free. Maybe Russia will give him asylum.
Click to expand...

emiranda061288 said:
an accident of some sort can happen. Or maybe he changed his account.
Click to expand...

Source told me cboat is being waterboarded by MS board of directors.

Ballmer is watching from a distance it was his last wish as CEO, to find Mr Cboat.
M

Alright dude its been a fun night. Peace out.
I

Nub said:
Why isn't reach, CE, and odst in the war bundle?
Click to expand...

They aren't in the Master Chief storyline. At least that's what I think. Why muddle the story with those titles?
D

Pretty much lol with all this knowledge of various projects.
B

What is PG about?
D

Oh god you didn't bring up platinum... you just broke GAF. You did it. You broke everything #goodbyeservers #GAFisdead
I

i dont even know what to believe anymore

CBOAT JUST DROP BY AND SAY HI OR SOME SHIT FFS

ITADAKIMASU said:
The guessing on a $399 discless drive version seems silly. $100 shaved off due to that? No more "Xbox One, the all in one entertainment system?"

This is all hard to swallow, there is way too much coming out casually and suddenly. What kind of person in the industry would have dates for launch, games list, skus on things so far out?
Click to expand...

Consumer saves $100 but MS gains an all digital customer even with the slight financial loss on hardware. MS pretty much has EVERYTHING to gain in this case.
X

When can I buy my Kinect free Xbox One?
H

msdstc said:
Lol at the people thinking there's some major sting operation for CBOAT going on... definitely misinterpreted what was said.
Click to expand...

Actually, played for a fiddle implies that CBoat was manipulated. Ekim was scared of Microsoft for simply being outted to be CBoat's source. So scared he went to make a thread telling everyone that he was not CBoat. The new leaker also rattled the cage and tried to get CBoat to reveal the codename for BlackTusk's cancelled game.

The buttocks is probably in hiding again. We probably won't see him til E3.

As for NTkrnl, either he has a huge ass ego and is way more dangerous a leaker to MS (assuming he will also leak bad things), or he's a MS-backed leaker to take over Penello's job here. He's simply giving off too much information at any one time, which makes it easier for MS to triangulate his real identity.

I'm going with both. If his job was to smoke out Cboat, he probably failed. I guess we should watch the courthouses to confirm if Cboat makes it out alive.
T

Nagano at e3? Any idea of the concepts, themes or world?
R

March 2016 set in stone for the new exclusive Xbone platinum game as verified by the new insider. You can't make this shit up people! There is a firm and specific release month for a game not even announced and 2 years away.
K

This is just too much to take in.

Supposedly Spinal reveal on Thursday during an IGN livestream. This is tweet by the Double Helix Community Manager @Filthierich's Tweet: https://twitter.com/Filthierich/status/428731184693010432

Been watching Falling Skies and playing FFXIII-2 so been out of the GAF loop but what the heck is going on here? I read the OP, including the links and I still don't know. Who's this ntkrnl? Any quick summary/recap? I take it ntkrnl is a "leaker" with some inside knowledge?

I guess if true, Halo 2 would be seriously awesome.
N

Looks like I missed most of the fun and drama again :/
Thank you ntkrnl.

Now what do I want to know?
T

Who to believe... To get Hyped or get cautious
V

This seems crazy to me. I mean what is MS gonna announce at E3 for the next 2 years if we know all this already. How is this insider so knowledgeable in so many different areas of the xbox business? Games, operating systems, new skus, etc.
Z

Nags said:
March 2016 set in stone for the new exclusive Xbone platinum game as verified by the new insider. You can't make this shit up people! There is a firm and specific release month for a game not even announced and 2 years away.
Click to expand...

If you mistake that for anything other than a target date then you crazy.
D

imagine if the 360 lineup of games(halo gears fable crackdown) kept going on forever but you had to buy a new console to play them, and one of these consoles is cheaper but you dont get a disc drive and instead of backwards compatibility we get ports included in overpriced collectors editions
O

Style Fox said:
This seems crazy to me. I mean what is MS gonna announce at E3 for the next 2 years if we know all this already. How is this insider so knowledgeable in so many different areas of the xbox business? Games, operating systems, new skus, etc.
Click to expand...

You went to Wikipedia, you saw that Kamiya's been born in the Nagano prefecture and settled on that name, right?

Style Fox said:
This seems crazy to me. I mean what is MS gonna announce at E3 for the next 2 years if we know all this already. How is this insider so knowledgeable in so many different areas of the xbox business? Games, operating systems, new skus, etc.
Click to expand...

Style Fox said:
How is this insider so knowledgeable in so many different areas of the xbox business? Games, operating systems, new skus, etc.
Click to expand...

It's probably pretty easy to make things up and watch GAF meltdown.
R

How comes we have all these Microsoft leakers and no Sony leakers? I need to know what is up with The Last Guardian once and for all.
C

Marshall Lee said:
i dont even know what to believe anymore

CBOAT JUST DROP BY AND SAY HI OR SOME SHIT FFS
Click to expand...

I laughed for like 5 minutes at that. JUST FUCKING SAY HELLO
K


ntkrnl said:
Barney the Dinosaur is our lord & savior, arriving Q2 2015 to shepherd the faithful and reap the souls of non-believers.
Click to expand...

What is the closest official to be announced megaton in date that you can leak here ntkrnl? That way we can confirm your leaks as early as possible.
T

Kill it with HELLFIRE!!!
D

There really has to be no way...Could the mods be trolling us??? *runs to make sure its not April 1st*

How is it possible to know the exact release dates of all this crap!?? Like seriously......
D

Could you provide at least a list of any second/third party developers working on X1 exclusive IPs ( That would help a lot.No details on the games or anything, just the devs that might be working on them). Also, this means I will be getting an X1 no later than March 2016!
R

shungokusatsu said:
This is just too much to take in. 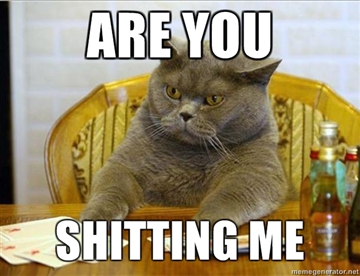 This is too much. I don't know what to believe.

Anyone else disappointed at XB1's Exclusives last generation?

Nov 22, 2020 started Bragr
Nov 22, 2020
The Infectious Paradox
Sony Doesn't Seem to be Marketing PSNow as much as they Should