You are using an out of date browser. It may not display this or other websites correctly.
You should upgrade or use an alternative browser.
I

J_Viper said:
Thor being a straight up comedy means there's no way it's hitting close to a billion

I'm sure it'll still a great film though
Click to expand...

jrush64 said:
Ive always maintained, if Justice League is received well, it probably will do a billion. At best it will do almost a million.
Click to expand...

I think coming later is better than coming first. I think Thor has more to lose here than JL, regardless of either film's reception.

That being said, I'm seeing both opening day/weekend. That being said, it may be time to exit the the thread for me, was hoping spoilers wouldn't drop until a week before the film's release.
J

lool. Yeah that was a mistake. I meant almost a billion.
K 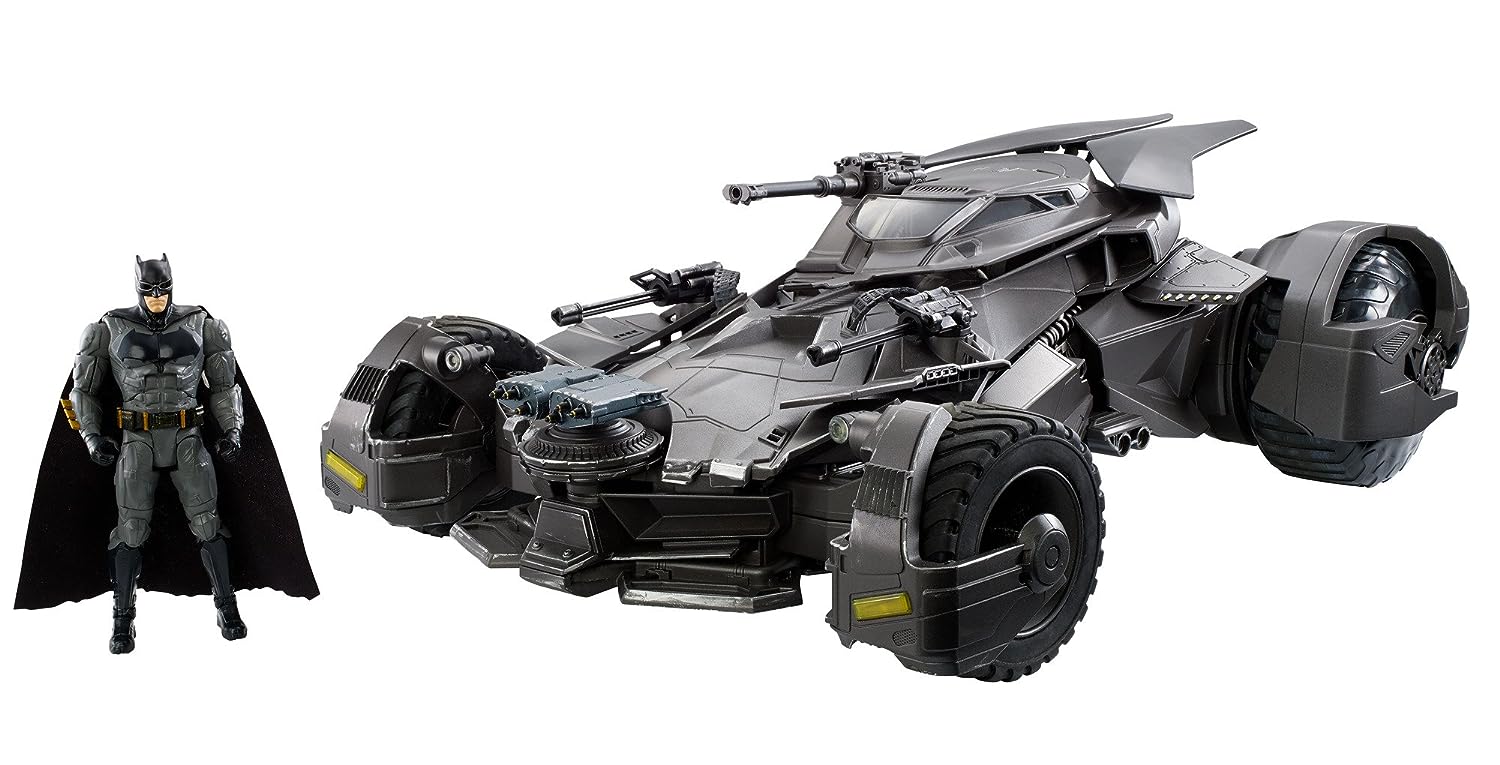 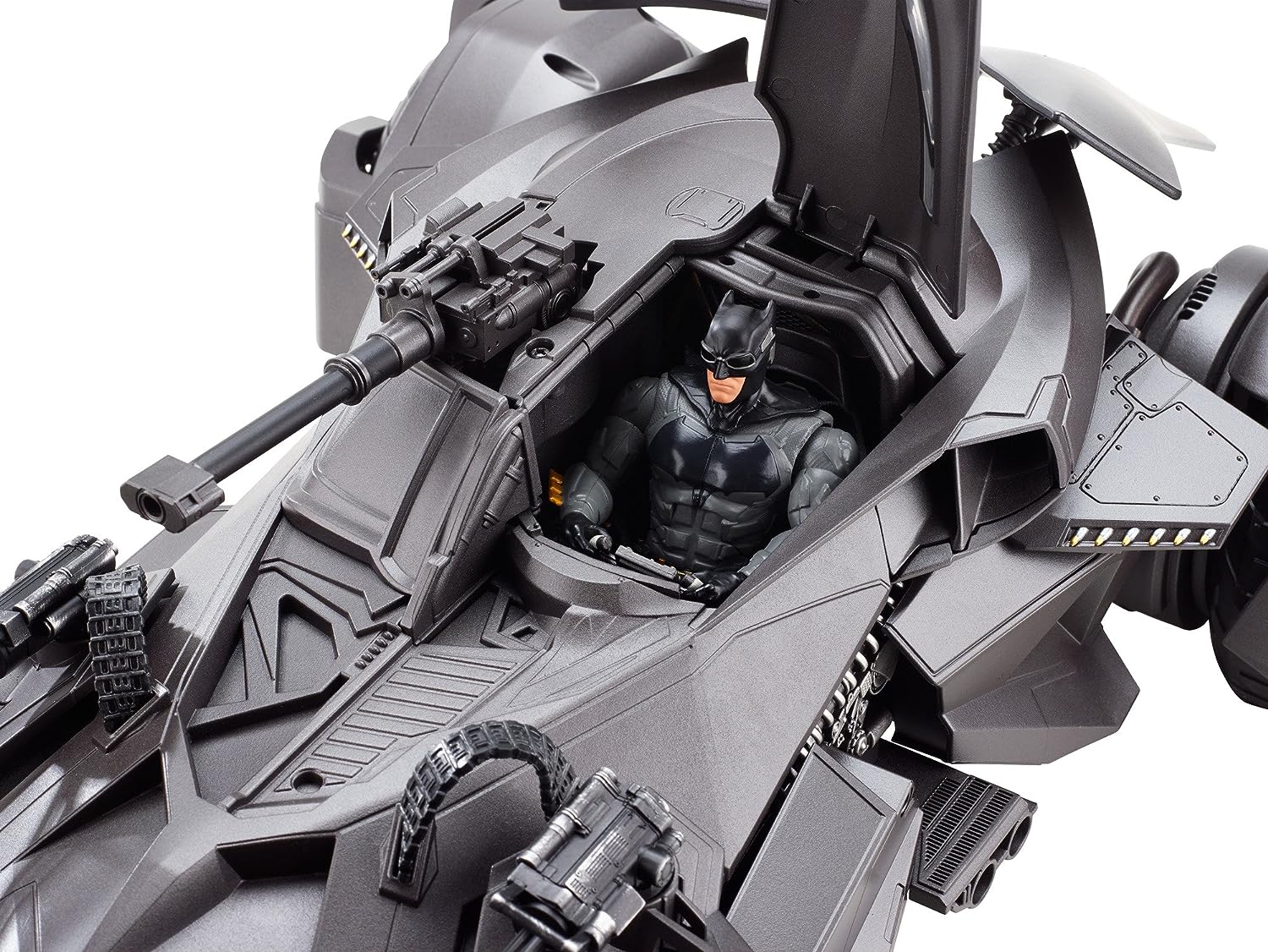 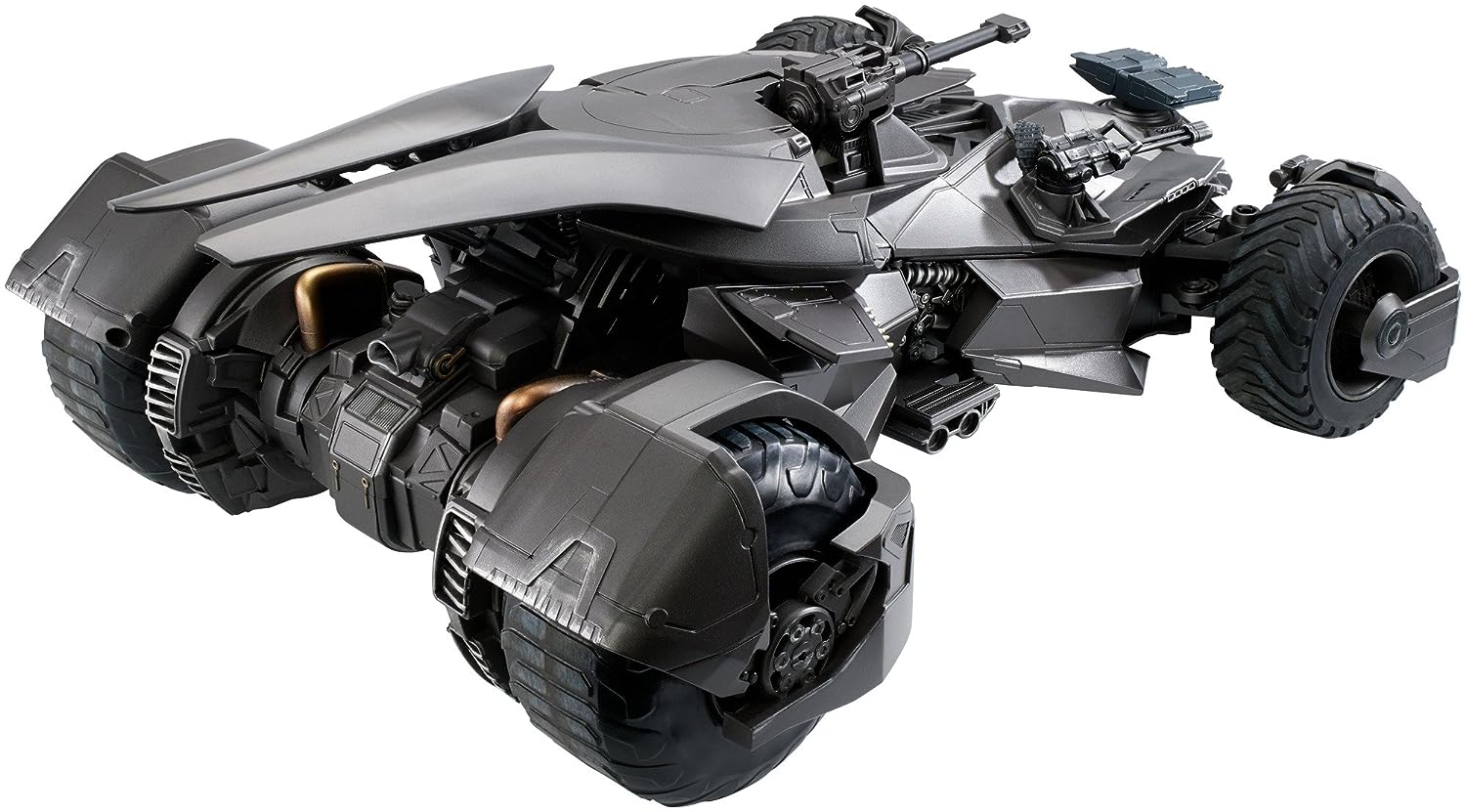 It's $60. There's also going to be the electronic version for $250: https://www.amazon.com/Justice-League-Batmobile-Collectible-Vehicle/dp/B06W56ZXFX/

There's also a smaller, less detailed kids toyline one that is $30-$40: https://www.amazon.com/Justice-League-Cannon-Batmobile-Vehicle/dp/B01N9FXIRZ/
T

Not confirmed. Lots of sites have different times.

And no real headaches but guess won't hear about that when folks say WB/DC are always in a crisis
Click to expand...

Just wait until next April/May when reshoots happen.

I've heard so many different runtimes at this point I am just not putting stock in any of them. Just let me buy the damn tickets.


It's $60. There's also going to be the electronic version for $250: https://www.amazon.com/Justice-League-Batmobile-Collectible-Vehicle/dp/B06W56ZXFX/

There's also a smaller, less detailed kids toyline one that is $30-$40: https://www.amazon.com/Justice-League-Cannon-Batmobile-Vehicle/dp/B01N9FXIRZ/
Click to expand...

The electronic one is too rich for my blood, as amazing as it is.
B

Been known but David Sandberg confirms Shazam is releasing April 2019. Don't know if it was a question with other dates shifting around.
B

Is there still a formerly-known-as-DCEU Discord?
S

broncobuster said:
Is there still a formerly-known-as-DCEU Discord?
Click to expand...

yup, need that discord. Mass panic is setting in at the OT and while everything will probably be fine for the site, I rather be safe and have a place to talk DC movies and comics.
P

Just wanna say DCEU gaf, i will miss the banter with you lot, love Marvel GAF
A

Quote for discord. Sites too slow to PM people

I could go for the link as well, in case we hit DEFCON 1.
S

It said it was expired for me.
J

The forums are so dramatic right now.

It's a message board. lol
M

Oh man this site is going down. It loads lime dogshit.

Get on that Discord boys this ship is sinking
A

Is it too early to joke about the fact that the DCEU outlasted NeoGAF?

Still here... How about the rest of you?
G

I hardly ever posted in this thread, but I did look at it for info on the DC movies.

Hopefully more gets posted here again or somewhere that gets known about that isn't some hate posting or whatever as it wasn't as easy looking over the DCEU reddit and whatever other site I tried to find.
M

Had a blast talking/getting to know many of you. Thanks for all the fun memories and acting as a support group at times. To all those who are leaving and are looking to meet up with the group a lot of us are over to the Slaent forums. To those who are staying, it's been real yo.

Wheres a Gaf is dead. Bury it gif when you need it?
F

hope everyone will enjoy justice league

I hope the rest of you aren't so hasty. Those other boards will probably last about as long as Jimmy Olsen in BvS.
K

Does DC-GAF have an Discord?
T

Glad to see a lot of familiar faces even if its just to say bye.

If there is a discord can I have a link?
J

this has never been more appropriate lol
G

Would also welcome a discord link if available.
R

Would love a discord link.
A

The Driver said:
Glad to see a lot of familiar faces even if its just to say bye.

I'm with the other guys. We're the damaged gentlemen after all

Ahasverus said:
I'm with the other guys. We're the damaged gentlemen after all

I saw a couple of you over at SLAENT, but are yall gonna head to Resetera when its up?

SLAENT has some peeps but highkey I gotta admit the site is fucking horrible on mobile. I hate little things like no new threads for weekly BO or when a OT goes for a certain length. I also dont care for how its organized.

Granted Reset is probably gonna be even worse initially but Im willing to stick it out if that becomes the main new gathering point.

Damn, just saw Disco did himself in this morning smh. One of my favorite dudes on this forum.

I... Don't know, truly. Most of us are just hanging out in discord and we'll see what happens, even here, you never know.
That's unlikely but still
.

Slaent is a chill place, but it's the guys who make the league. We'll see pal, we'll see.

In time everyone will join in the sun.
T

Smash me that mother effin Discord invite when yall get the chance homie. I wanna be there when JL hits after not swinging by here enough when WW dropped.
P

I'd love that Discord link as well. I didn't post much in the DCEU community threads but I lurked for quite a while. I was pretty active when it came to DC threads in the Off-Topic threads.
E

I'm hoping for the best, but I am also hoping we get to see the real cut of the movie on home release.
R

I'm hoping for the best, but I am also hoping we get to see the real cut of the movie on home release.
Click to expand...

This is the real cut. Warner Bros hacked nothing up.

How long do yall think it actually takes to introduce things?
S

I'm hoping for the best, but I am also hoping we get to see the real cut of the movie on home release.
Click to expand...

Some journalist who visited the set said that the movie was intented from the start by Snyder to be way shorter than BvS.
O

Don't count on this, I'm sure that we'll even have people thinking it's the same bad guy from Wonder Woman
S

The thread is finally back. Need that Discord link in case everything just goes away again.

I don't think i've ever posted in this thread, but... i'm back to keep on lurking
You must log in or register to reply here.

Opinion Rocksteady's upcoming game will NOT be a Suicide Squad game, but rather a Justice League game (Classic Bait & Switch marketing technique)