Sometimes the only humane thing to do is to put a dog to sleep. Just three weeks ago, Erica Daniel steeled herself to take that difficult step with Harper, a small puppy in her care. Daniel, 26, fosters dogs that need serious help, and Harper had come to her in the most desperate of circumstances. On Aug. 31, a woman in Sanford, Fla., first encountered the little dog when she spotted a squirming garbage bag. There was a man outside the Save-A-Lot selling pit-bull puppies for $50 a pop, Daniel explained. This woman approached him and noticed a noise coming from a garbage bag he was holding. She asked him, Whats in the bag? and he said, Dont worry about it. 

The woman pressed the issue and the man opened  and gave her  the contents of the bag. Inside was a puppy so deformed that it couldnt walk or hold up its head. Shelter workers and veterinarians grimaced when they saw the dog and came to the same conclusion: It really should be euthanized. Thats when Daniel, a regular at the local animal shelter, stepped in. She decided to take the puppy home for one full and final day of unabashed affection. I had to show her what it was like to be loved, Daniel said. Id planned on taking her home that night, letting her sleep in bed with us, and having her humanely euthanized in the morning. What a difference a day can make. Today, Harper is not only alive  shes thriving. The frisky gray puppy is gaining more and more mobility each day, to the astonishment of onlookers and medical professionals.

Harpers rapid recovery began on that initial day with Daniel. The puppy had been born with a condition commonly dubbed swimmer puppy disorder, and most dogs afflicted with it dont survive. The formal name of Harpers disorder, pectus excavatum, causes puppies to lie flat on their chests with their legs perpetually splayed out, as if they were humans  or perhaps frogs  swimming through water. The longer she was like that, the more she stayed in that position, Daniel said. It felt like rigor mortis  like her legs might break. Despite that, Daniel kept massaging Harpers tight muscles, hoping to alleviate at least some of her stiffness and pain. Within just a few hours, Harper started lifting her head and looking around. Her front legs became more limber as well, so much so that she tried using them to walk and pull herself around. Daniels reaction: WHOA.

Convinced that this determined little dog needed a second opinion, she canceled the following mornings appointment and made a new, hopeful one with a veterinarian at the University of Florida. At first, the vet described the reasons Harper probably would need to be put to sleep. The list included the likelihood of degenerative bone disease, brain abnormalities and a severe heart murmur. They decided to do a few tests just to be sure. And, as it turned out, the rumors of Harpers demise were greatly exaggerated. Her organs were functioning just fine, and she had no heart murmur or serious brain abnormalities. The medical conditions she did have required treatment  but nothing that warranted putting her to sleep. Some nice people at Hip Dog Canine Hydrotherapy & Fitness in Winter Park, Fla., heard about Harper and donated free hydrotherapy and massage therapy to the puppy. Harper responded remarkably well, and before long she actually started walking.

She started out on grass, then carpet, then concrete, Daniel said. She still cant walk on tile or hardwood floors, but shes getting there. Bev McCartt, a Hip Dog therapist, explained that swimming has helped teach Harper what her natural gait should be. Her brain kicked in and by the end of her first session, she was like, Oh, I can do this,  McCartt said. Shes a walking miracle. Shes a real testament to a dogs determination to get up and just go. Today, Harper is about 11 weeks old, and shes holding her own playing with the seven other dogs at Daniels home. Daniel estimates that Harper should be ready to be adopted in about a month  that is, if she can handle parting with her. Right now were saying that eventually shell be available for adoption because we havent made any decisions, Daniel said. If I give her up, that will make it possible for me to foster another dog. But shes like a baby to me. I just dont know!

This is not the first time Daniel has taken on an impossibly sad case and witnessed an incredible transformation. In April of last year, she began fostering Dolly, a pit bull that had been used as a bait dog in a dog-fighting ring. Dollys injuries were severe; her mouth was so swollen that she couldnt eat. With careful attention and lots of love, Dolly recovered. Today shes a happy girl and an American Kennel Club-certified Canine Good Citizen. (You can watch a YouTube video about Dolly here.)

Dollys saga prompted Daniel to establish Dollys Foundation on Jan. 1 of this year. The organization rescues and rehabilitates homeless, neglected and abused American Pit Bull Terriers and other bully breed dogs, and it has plenty of puppies and dogs available for adoption. Theyre just dogs, Daniel said of pit bulls, noting the breeds negative image. Dogs need love, and they need homes. Thats certainly proven true in Harpers case. The whole world was against her, but shes such a fighter, Daniel said. Shes a blessing. Shes awesome.

Can't wait to see him grow up to his full potential and chew a baby's face off.
A

Also, this is not a stealth Dog > Cat thread. Really.
R

Mother of God that is an adorable puppy
P

Yup, they always do
C

This guy will have a great time with that puppy

needs to be quoted again.

Selling pit bull pups for fifty bucks a pop? Scumbags like that are what causes those pitbull horror stories.
W

They had this dog on the Today show like a month ago. Very cute.
K

I am having a cute breakdown
D

I got genuinely happy after seeing these pictures.
A

Here's a picture of my doggie, same color except with some white thrown in. 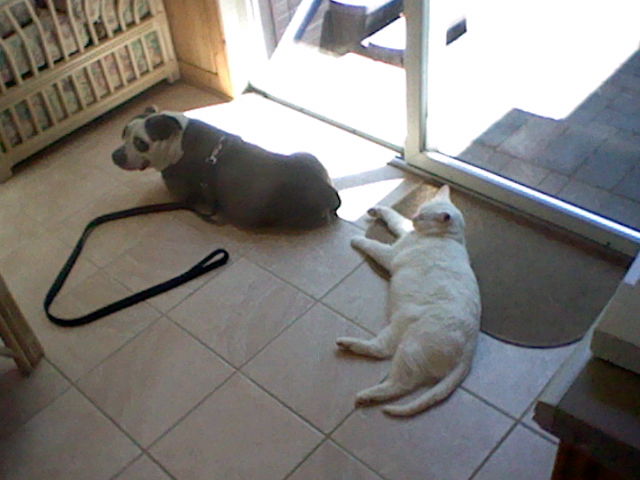 The picture was taken with my 3DS so its not very good quality.
G

That puppy is evolving into a man.
B

Sure a cute dog and such an amazing person for stepping in.
I wish more people was like this, more people having compassion equals a better living for all
J

Would anyone be so kind and avatar these for me?

Those are some of the most "human" like eyes I have ever seen on a dog, too cute....
K

How could anyone just throw something like that in the trash? Such a cute dog.
J

i read title as "learn to talk"

This guy with a face tattoo apparently fears all pit bulls including puppies.
C

why is it so happy?
A

colt45joe said:
why is it so happy?
Click to expand...

Do you mean because he's smiling?

That's how they look with their mouth open.
F

Heartwarming thread. Thanks for posting this.
J

Darklord said:
How could anyone just throw something like that in the trash? Such a cute dog.
Click to expand...

Same kind of douchebag that sells puppies outside a Save-a-Lot for $50.

Can't wait to see him grow up to his full potential and chew a baby's face off.
Click to expand...

Yup, nothing to do with the environment. Its all biological. /sarcasm
S

This is one of the happiest looking dog evr.
T

This and the calf-rescue story have made my day. Thanks for posting.
P

colt45joe said:
why is it so happy?
Click to expand...

I'd be happy, too if someone took the time to heal me me rather than stuff me in a plastic bag.

I'm not knocking you, colt, but that dog has every right to be that happy. This story made my somewhat crap day significantly better.

I own a pitbull-type dog and I dread/typically avoid any threads that mention them due to some of the comments people make. This thread, as well as most of the responses, have been refreshing. Thanks guys.
Q

That guy selling the dogs needs a visit from Batman.
J

Thanks OP Brightened my day.

That has to be the happiest damn puppy in the entire world.
Q

Jay Sosa said:
Would anyone be so kind and avatar these for me?

Who is cutting onions around here?

Geez, what an awesome will to live!
J

This story makes me so happy. I love you OP!
D 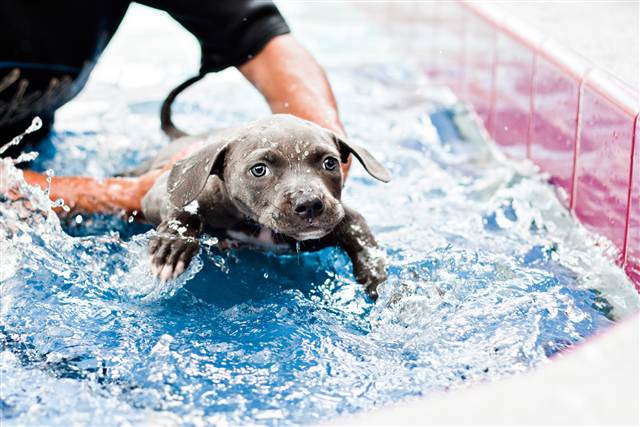 Ownage replied
Oct 15, 2021
Can that shot give my dog autism? Anti-vax movement spreads from children to pets.
2 3

PayOffWizard replied
Feb 10, 2017
Harper tried to build a big tent party. His successors are burning it down.