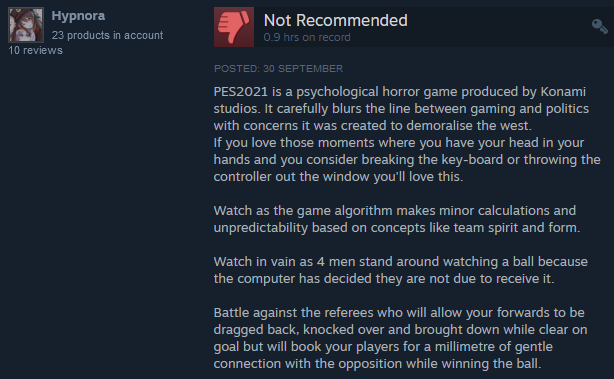 Konami has just launched eFootball 2022 on Steam and in just a few hours, the game has received over 2000 negative reviews on Steam. We usually don’t share such stories but this is an exception as eFootball 2022 is a brand new game that has just been released.

According to Steam, there are currently around 2400 reviews. Among them, only 8% are positive reviews. The game has currently an Overwhelmingly Negative rating, something that reflects how most PES fans feel about the franchise.

eFootball 2022 is a free-to-play soccer game that uses Unreal Engine. According to Konami, this first release is basically a demo release as it lacks a lot of content. It’s also worth noting that the game does not feature any Master League mode. Konami plans to add it as paid DLC in the future.

A lot of the reviews mention some weird character animations and physics. And… well… as I wrote when Konami released its first gameplay trailer.

“Now my biggest gripe with it is that, and similarly to previous versions of both PES and FIFA, the players feel like sliding on ice. Their movements do not appear to be natural and lack weight. This, in my opinion, is a major issue and from the looks of it eFootball does not address it.”
Click to expand...

From the looks of it, I was right. So yeah, don’t expect any major gameplay improvements in eFootball 2022. Not only that, but PES fans have waited two whole years for… this. How the mighty has fallen.

But anyway, you can go ahead and try eFootball 2022 as it’s available for free on Steam!

We are doomed to play FIFA to the end of the world then.
Well howbout sensible soccer?
Reactions: ChoosableOne, DarkArterialGore, SEGA_2012 and 6 others

How have they managed to screw it up so badly?
Reactions: SEGA_2012

Only on Steam so far?

Jesus..... that bad huh, well this ain't going to force EA to try next year.
A

I played some games and deleted this thing , they fucked our PES.
A mobile game.
Reactions: Phase, DarkArterialGore, synchronicity and 3 others

Didn't they even take an extra year for this? :/

We waited 2 years for this crap. . Honestly someone responsible for this crap needs to get fired
Reactions: SEGA_2012 and Achille0s

Klik said:
Honestly someone responsible for this crap needs to get fired
Click to expand...

Konami should send them to the pachinko division.
Reactions: Rentahamster, Hawking Radiation and SEGA_2012

That first line killed me lol

I'm so confused... the main competitor to FIFA goes free to play (???) and then they launch out of nowhere (to me anyway) only on Steam (??) and the reviews are negative across the board?

so..is pc version on par with console next gen or do we get the same false advertisement treatment from fifa 22?

VN1X said:
I'm so confused... the main competitor to FIFA goes free to play (???) and then they launch out of nowhere (to me anyway) only on Steam (??) and the reviews are negative across the board?

Its free on consoles as well. Can download it now.

Negative reviews on steam don't mean much honestly. I remember they were negging monster hunter because they didn't like the movie. A game not getting negative reviews is far more impressive.

This is sad. We stuck with EA or watered down Konami.
Reactions: SEGA_2012

It’s free to play everywhere and cross play with Mobile, so I guess it’s gonna be on parity with Mobile

well back to FIFA then, at least I have fun not spending on MTX, I prefer it

Bullet Club said:
From the looks of it, I was right.
Click to expand...

Actually no. FIFA is ultra skatey while PES (efootball) this time isn't. In fact it feels too heavy. Players feel too weighty and sluggish. They need to loosen them more but not make them skatey. I had to play it on +2 speed to make it less sluggish and more responsive, and players still felt too weighty.

There are definitely issues with the physics though. The game is too physical which is cool, but it feels buggy and incomplete. Players leaving the ball to shield 2 metres away from the ball is very wrong. I've seen many weird animations happening.

The game shows it's version 0.9, which obviously shows it's unfinished. I don't know why they released it in this state.

When they fix these issues the game will play much better. Shooting actually feels very satisfying.
Last edited: Sep 30, 2021

Farewell, was nice knowing you. This sort of damage will be impossible to overcome given the already small user base, the only thing it had going for it was ‘slightly better gameplay than FIFA’, and now they’ve fucked that up.

The Fox engine was heralded as a great thing for PES, and now they’ve changed to UE?

jonnyp said:
How have they managed to screw it up so badly?
Click to expand...

Are we talking about the same Konami that few years ago didn't even allow it's devs internet access at work? That's how.
Last edited: Sep 30, 2021
Reactions: darkangel-212559 and keraj37 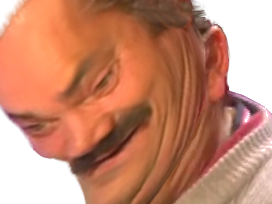 Somehow it's worse than I expected.

NiiloPielinen said:
Are we talking about the same Konami that few years ago didn't even allow it's devs internet access at work? That's how.
Click to expand...

Still doesnt explain this shit. They even had an extra year
J

I'm all in for the end of annual releases, but Konami being Konami, i don't see this release being anything but monetization galore for every basic feature.

What a sad demise for PES, which was once the greatest football game around

He should learn from cats how to land falling from the sky, on his four limbs.
Reactions: Hawking Radiation and Evilms

I miss this one so much 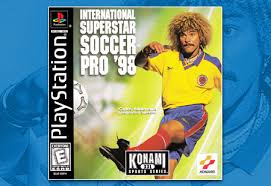 Why does a GaaS game have the year (2022) in the title? I don't think they even know what they're doing.

€ football won't be getting any €s from me, that's for sure.
C

And with that, the illustrious PES franchise died with a whimper. Jesus what a waste.

Down Syndrome edition?
Reactions: DarkArterialGore, Zelphyr, cormack12 and 1 other person

This is what happens when you take a simple concept, football, and try to rinse the absolute fuck out of it for money

'Fuck gamers, fuck football, you like football? fuck you! we want money and we'll fuck everything to get it' 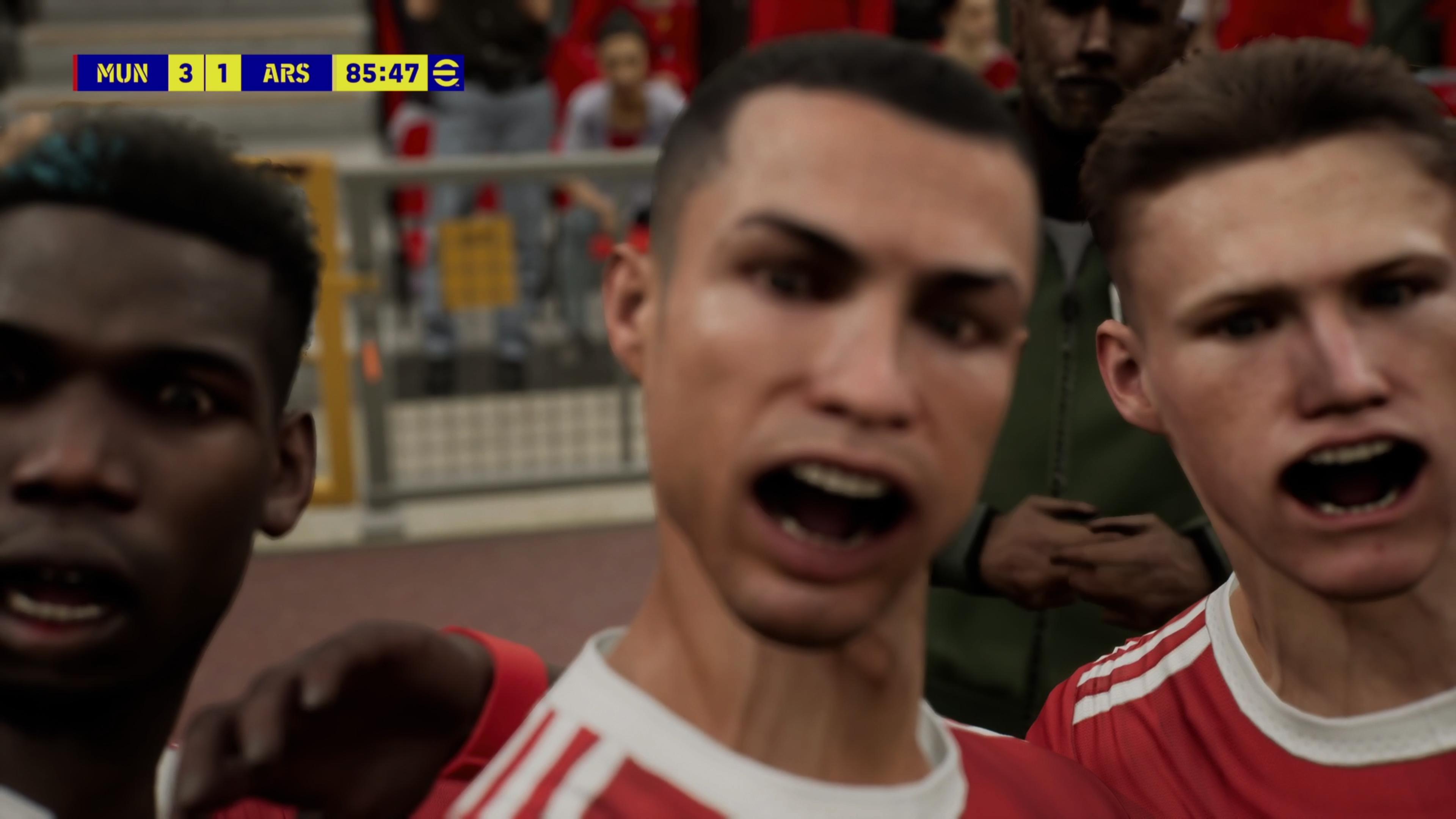 The way to go is 2021 with mods for another year. What piss me off the most is the graphical false advertising, last year there was that CGI Messi that now revealed to be exactly what it was: CGI. Really shit! I hate this false next gen, I don't even blame too much Konami for this, but the big console makers. They f****d up really wrong this time around with this alleged "next gen consoles" which are just an UPDATE of the previous gen pro versions. 4k, HDR, 120hz how can you support this with 10/12 tf toys? So far ridicolous, I'm still waiting for a next gen game? When? I was expecting much more from this given the 2 years gap, I thought they were really pushing on a truly next Gen experience given the importance of the franchise. So disappointing
Reactions: Cattlyst 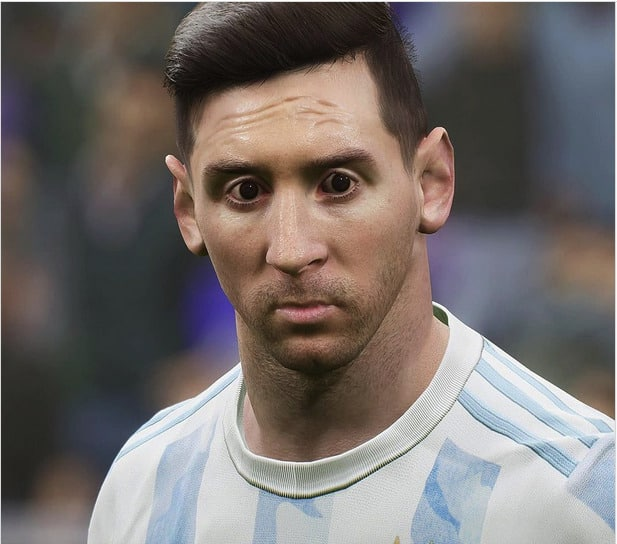 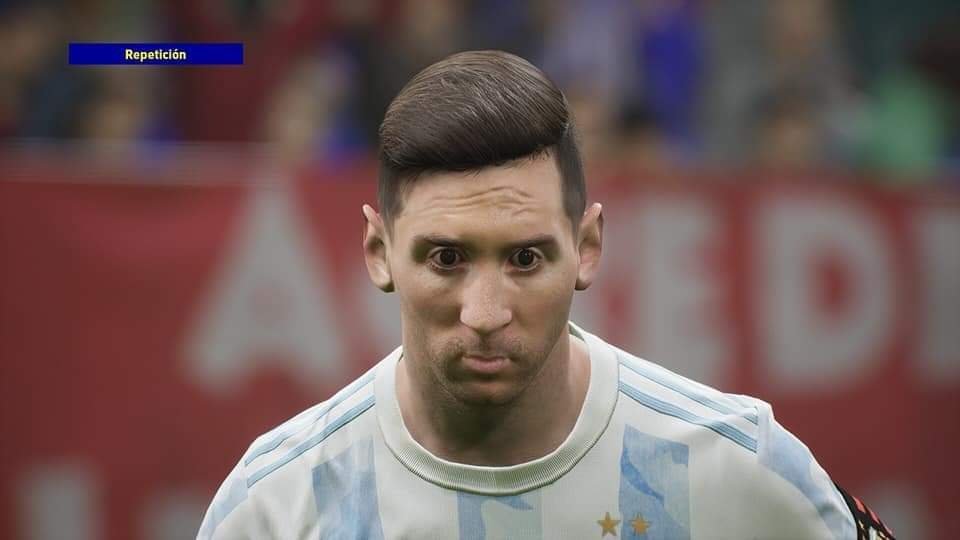 Reactions: Self High Five, NickFire, Shane89 and 6 others

It's the best thing i've seen this week

'There was a game here once'

"Radio face? Whats going on with that radio face... *static*'

How can you fuck up football this badly? It's the worst rated game in Steam's history.

2 years and then we get this.. Im a big PES fan but this is over for me. Im done with them. I dont care about graphics but gameplay is terrible. You have like 30% of control what player do
Last edited: Sep 30, 2021

Craig is finally dethroned. It's sad because a lot of us stuck with PES based on the new engine promise. And this is the shit they put out. Terror fuel for the eyes? Looks like they are not just using fake team names now but fake faces as well.

Really sad to see this.
C

Gamezone said:
How can you fuck up football this badly? It's the worst rated game in Steam's history.
Click to expand...

So gutted. PES 20 is still one of my most played games. Was hoping 22 was going to be the best thing ever. Fuck Konami.

I miss the glory days of PES, but I still have many old versions to enjoy. I'll just pretend they stopped making the game. (I guess they really did. )

FucKonami!
Reactions: NiiloPielinen, Hawking Radiation and Hydroxy
You must log in or register to reply here.