Eurogamer: Quantum Break is Remedy's most fascinating work to date

As stupid as the SJWs on the other site sound, you quite possibly sound even dumber.

If you were just making a joke (I hope), it went over my head.
Reactions: EverythingsOverrated and Fbh 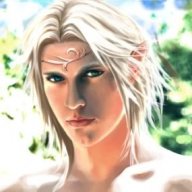 This was the first game I picked up when I got a decent PC. It was ok but ultimately disappointing.

My biggest issue with it is that they make you sit through these long and boring live action episodes which tell a mostly inconsequential side story, but then there's a whole other side to the plot with twists and revelations that's hidden within pages upon pages upon pages of documents and emails. Why not tell that much more interesting story with the episode instead of the borderline filler crap they did? Also, please choose one, either I have to watch 40 minute episodes or I have to spend 20 minutes in every level reading every email on every computer in every room, if both are required to get the full story then the game reaches a level of non interactivity that is tiring.

The TV show bits were cool too. Liam is a badass motherfucker and how can you go wrong with The Wire's Daniels and Carcetti?

feeling so extra manly i might even pull an all nighter

rad. I still dont know how they pulled off the 3rd chapter, that whole stuttering fireworks was beyond nuts


Control largely has the same problems than QB, namely focusing on a particular kind of enemies (which makes the combat redundant even if you spice it up by changing your loadout / playstyle every other fight) and being a little too shy with huh, a lack of last boss fight (whereas you get some pretty fun side bosses). I guess people got farmed so hard by QB's one they didnt even bother putting one this time around but yeah
Last edited: Aug 29, 2019

It was the sole reason I made the jump to next-gen (got the all white QB Bundle) I was perfectly happy with my Wii U at the time since my gaming habbits had slowed down. I was also a huge fan of the concept of a tv show built into the game. The enite idea of Quantum Break was outstanding and I regret NOTHING.

Quantum Break was my "chill game". I'm a pretty competitive player...usually more drawn to games like darksouls and apex. But when I wanted to just chill and play, Quantum Break was the perfect fit. I actually enjoyed the show for what it was. It had some actors I liked, the show was dictated by my choices. I mean it was pretty cool to be honest. The game itself was nothing spectacular in terms of it's gameplay loop. I wasn't necessarily looking for an Uncharted-esque gameplay experience...so with that, I was never let down by it.

Where I did have expectations was that the game would be much darker given Remedy's pedigree. I didn't get that and that was disappointing. Quantum Break's show itself was pretty tame given the boss fight of Max Payne chanting the devil's many aliases as you approach the room in which you are to do battle. Its been what, 20 years almost since I've played that game, and that boss fight still sticks with me. Quantum Break lacks that type of effect. I honestly don't even there was a real "boss" fight per se.

The weapons are uninteresting and I suppose that's because the time control mechanics are suppose to be the star of the show. Those mechanics are indeed phenomenonal but I don't feel they can really carry the entire game without getting old. There's basically 4 of them, a shield, a time dash, time stop and...time reversal...that only works out of combat and usually used to aide traversal in some way. Those skills do modify a bit as you go but are in largely uninteresting ways. There are so many implications that control of time could present, it's a shame there wasn't more creative muscle put into fleshing out other powers.

It lacked Boss Fights and I really didnt like that.

No, Control is miles ahead of Quantum Break in fascination department.
M

Agreed. Tbh I haven't finished Control, but if it doesn't become greatest game ever past mid game then how tf is it geting such good reviews?
M

In fact I don't even wanna continue playing it.
You must log in or register to reply here.

Control developer's games for Epic are set in a "shared universe", not being developed by the Control team (Remedy working on 5 different games)

Jul 1, 2019 started CyberPanda
Jul 1, 2019
Oner
Opinion Alan Wake is right up there with Silent Hill 2 as an all time horror great!