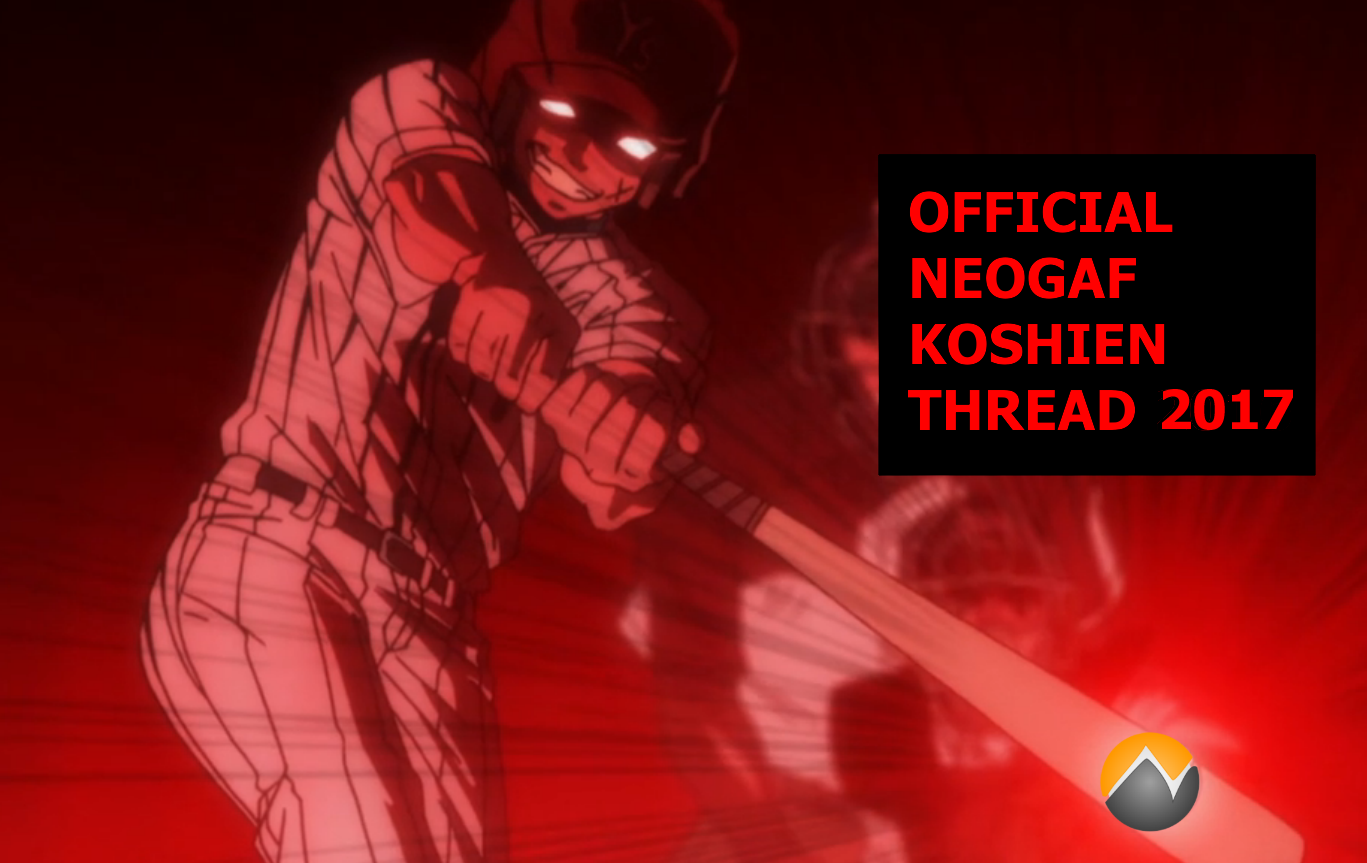 The tournament starts at 8pm ET tonight and will be streamed live at Asahi's site (http://www.asahi.com/koshien/). The first game is at 9:30ET tonight.

This year is the 99th tournament.

Every player on the field has been dreaming of getting to this stage and as a result the games are high drama with lots of emotion. Plus youre pretty much guaranteed to see players who will be drafted out of high school to play pro ball in Japan and eventually make it to the US (like current Yankee ace Masahiro Tanaka).

In the first few rounds, there are three games per day. You can see the full schedule here (start times are local Japan time).

You can watch all the games at Asahi's Koshien site: http://www.asahi.com/koshien/

Asahi has apps for watching on your phone. (Links to be added later)

If you want to watch a full game replay, go to:

Your absolute best source for information about the tournament is @eigokokoyakyu on twitter + blog at https://eigokokoyakyu.wordpress.com/

Also, YakyuDB.com will have full schedules, results, and stats for the tournament. The broadcasts will be in Japanese, but its not too hard to follow.

When youre looking at stats, some quick things you can look for:

Some things youll hear during the broadcasts:

For position players the broadcasts tend to use equivalents to the US terms rather than the native Japanese, so I wont list those because its pretty easy, like sentaa is the Center Fielder and shorto is the Shortstop.

Sadly I haven't had time to do a "teams to watch" preview this year. I have my eye on Yokohama and, of course, Osaka Toin. As always, I'll be rooting for the Hokkaido teams as well.

But never fear: eigokokoyakyu has put together an extensive preview and a tier list to help you out!

(More resources to come via edits.)

Enjoy the tournament everyone!
L

Thanks for the thread. Four minutes until the opening ceremony. Here we go.
B

It's pretty cool that the JWBL sponsored girl's baseball manga Karin Mound is getting promos this year.
L

Can't see that since my screen is black...but at least I have sound.
B

If you have an ad blocker try turning it off, that's been an issue in the past.
L

Ha, it was actually an issue with the ad never loading (despite disabling all my addons) in the first place and me probably clicking on the "play" button too quickly.
S

Cool, thanks for this. Loved going to ball games in Osaka. First time watching this tournament though.
A

has a public school ever won the tournament?
E

sealed with a kiss

Hopefully stream works for me this time around
B

Here we go, game one starting up now
L

That catch was sick
L

Yeah, the actual opening of the tournament was way better.
B

The mobile app is way better for me than the site, as per usual. The app's features in general are way better.

The koshien, presented to you by Coca Cola®
L

Beckx said:
The mobile app is way better for me than the site, as per usual. The app's features in general are way better.
Click to expand...
Works as usual for me...also still way better than what we had some years ago.

And damn, that Touch music.
B

First HR of the tournament

edit: and Hamada captain nearly got the second
L

Damn, first HR of the tournament. And he also looked like he would hit one beforehand.
M

And 1-1. Would have been too difficult to get out of this situation, I guess.
S

What an optimistic go for the third base.
B 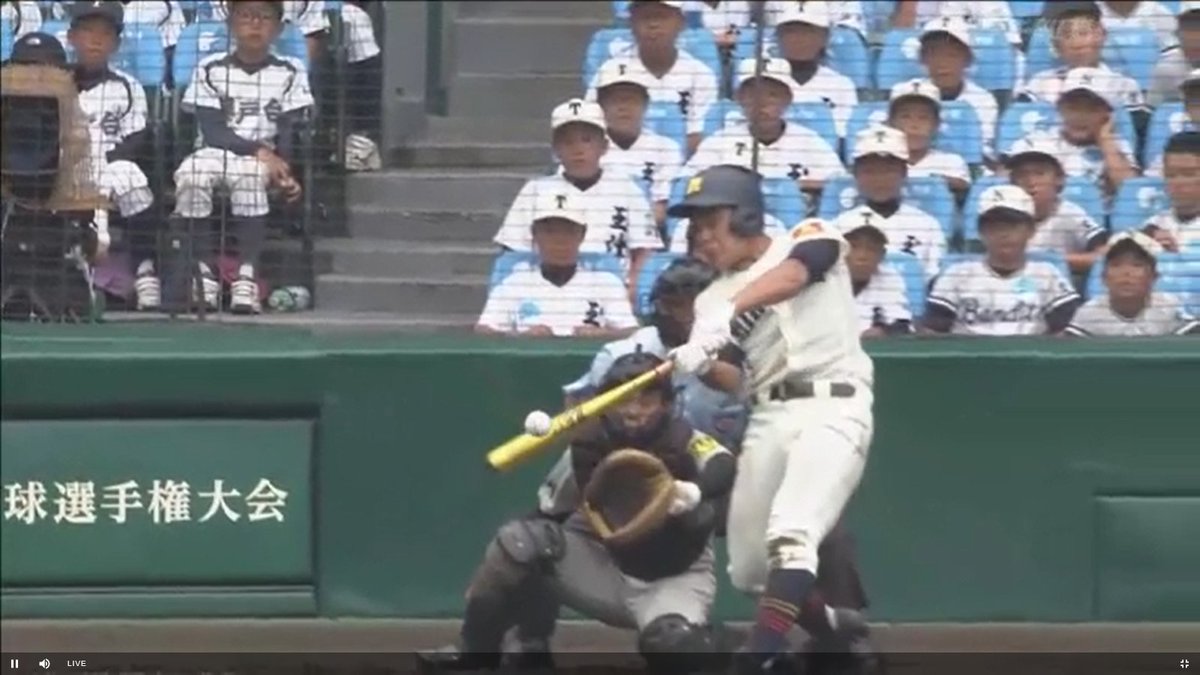 This game is intense!
Y

Sigh. Damn player problems in the final inning and now I can't even reach the website (An error (502 Bad Gateway) has occurred in response to this request.)

/edit: Looks like they equalized and I missed it...
O

Tied game in the bottom of the ninth, one out to go.

I will say it's great seeing how happy these kids are to be there compared to the grumpy old dudes that populate MLB. lol. This is my first time watching this.

Damn, that was a great opening game!

Beckx said:
Damn, that was a great opening game!

I'm exhausted though, going to sleep now. See y'all tomorrow.
Click to expand...
Thought the same, definitely not an unentertaining one.

Ottaro said:
Tied game in the bottom of the ninth, one out to go.

I will say it's great seeing how happy these kids are to be there compared to the grumpy old dudes that populate MLB. lol. This is my first time watching this.

Edit: Incredible finish.
Click to expand...
Yeah, I only ever watch Spring/Summer Koshien with the occasional NPB game every blue moon.
M

What an error. Now no outs, bases loaded instead of two outs, third base loaded.
S

That was rough. Should've had the easy out, instead it's a run.
L

Wait, I went to the bakery for a moment and now it's raining like crazy? I apparently also missed 3 runs by Tochiku...
S

Yeah they had a big inning and then the rain hit.
L

Damn, at least I should be able to watch the highlights in a bit...which they just showed as I was typing. Nice HR there. I hope they will continue. Games during rain are always fun.
Y

time for some koshien

runners on 2nd and 3rd bases but relief pitcher managed to clinch the 3rd out :>

Sounds like i missed a crazy game. 3rd game at the top of the hour, thanks rain for not making me miss 2. xd

edit: whats up with the music for the recap at the end, lol.
S

It comes around so quickly.
Y