time of day system, where as time goes by the lighting changes
playable with gamepad,says even with keyboard and mouse you'll still be able to play well
weather changes, some monsters will have different skill sets depending on the weather
sword and shield has a new jumping slash move
greatsword has a new horizontal slash, it's mainly for monster parts that are very tough/hard, maybe has low chance of the sword bouncing
longsword has 2 staged circular slash, wastes a lot of stamina
special move system
after meeting some battle requirements, you can unleash this move
light bowgun's special move is insta-paralyse shot, you fire a shot that sticks on the enemy, and melee attacks needed to detonate the shot for it to activate
longsword's is a jumping downward stab move, but the article says the sword stabs the ground, so maybe there's some aoe effect?
will have battles on transport vehicles, mentions water battles and air battles (battle on airship perhaps?)
unlike MH frontier, this game will have a city/ main hub?
will have plenty of monsters, both from the old and new series, even those from MH frontier
24 player required monster, &#22823;&#23721;&#40857; which basically means big rock dragon
Click to expand... 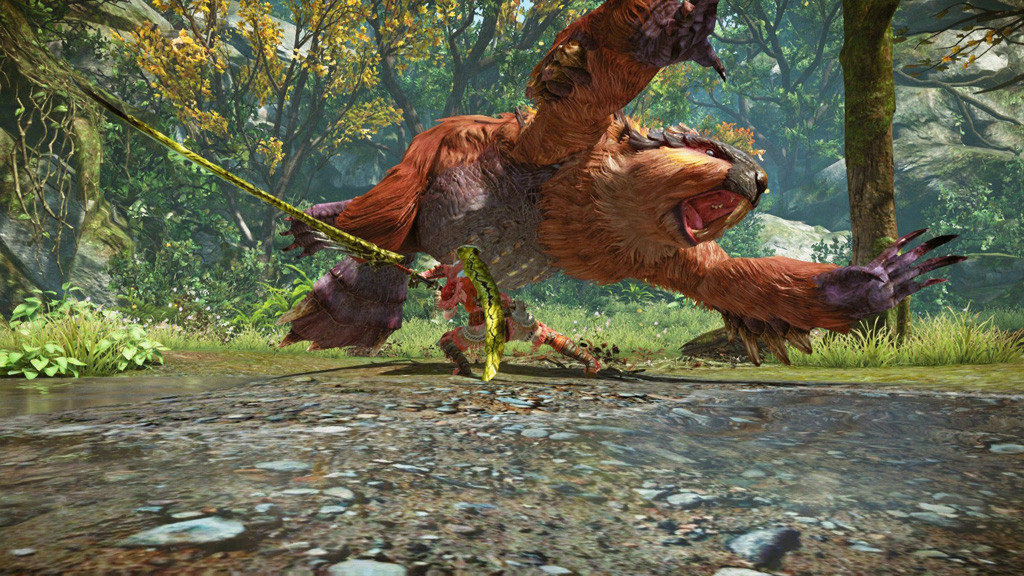 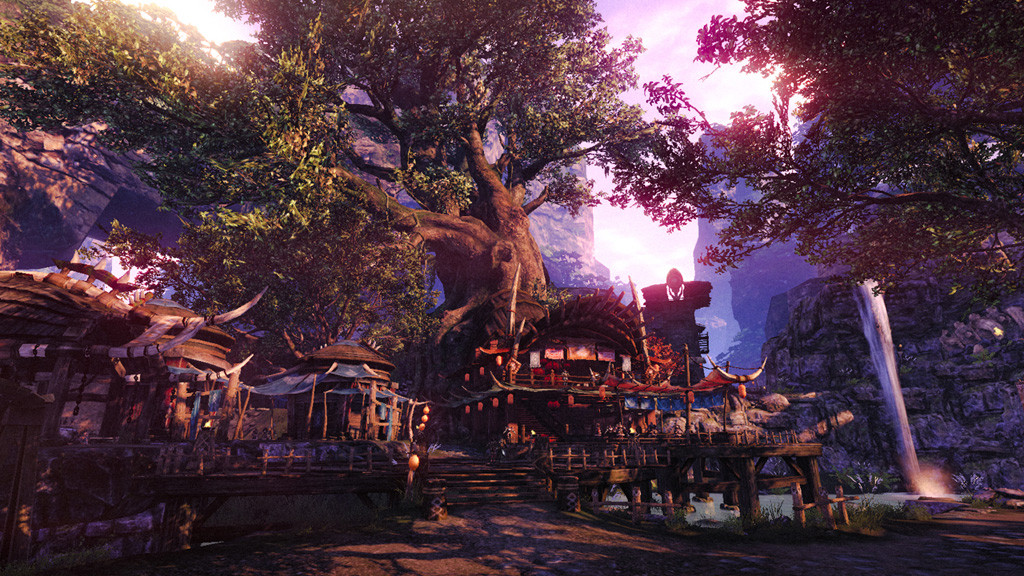 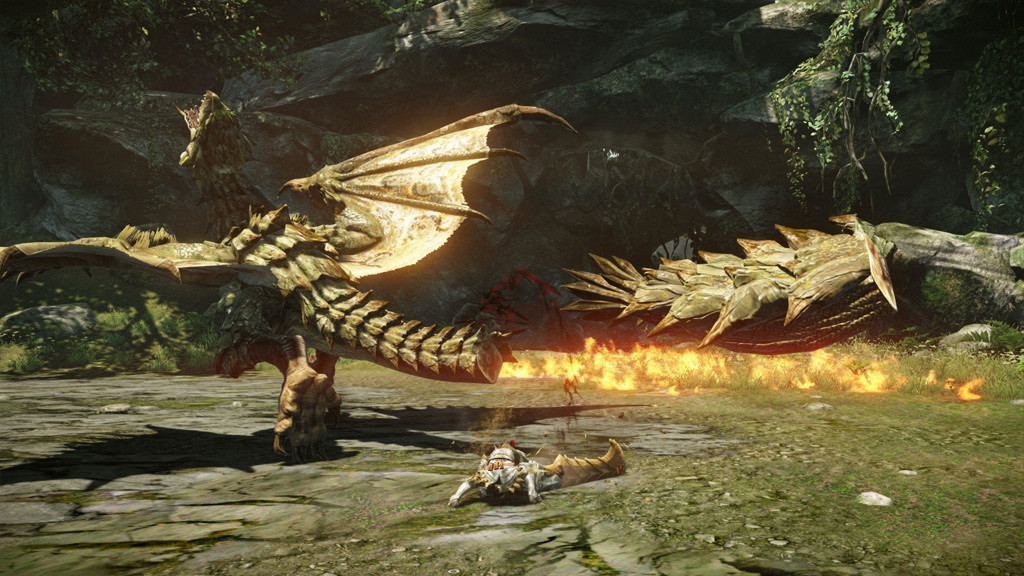 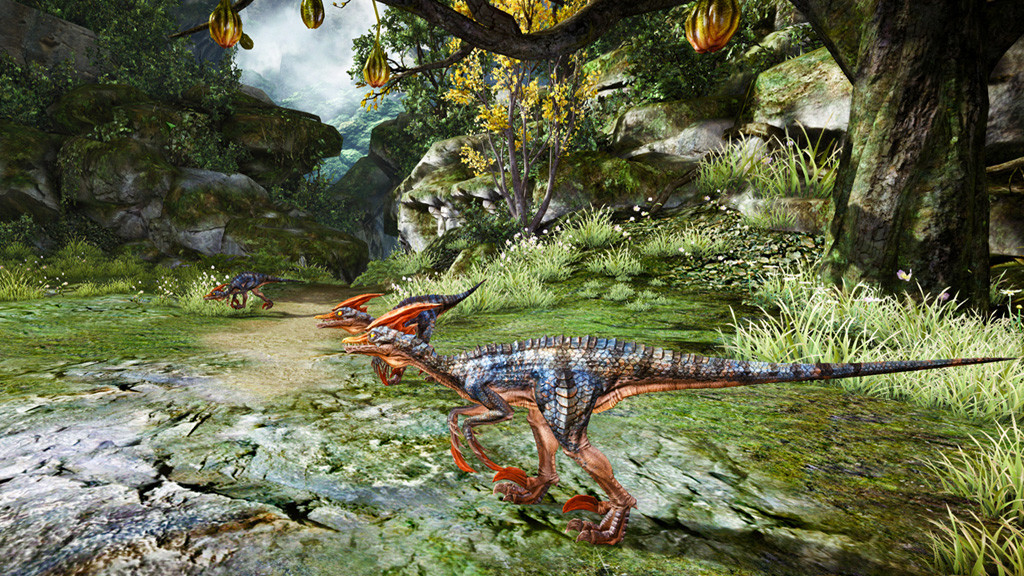 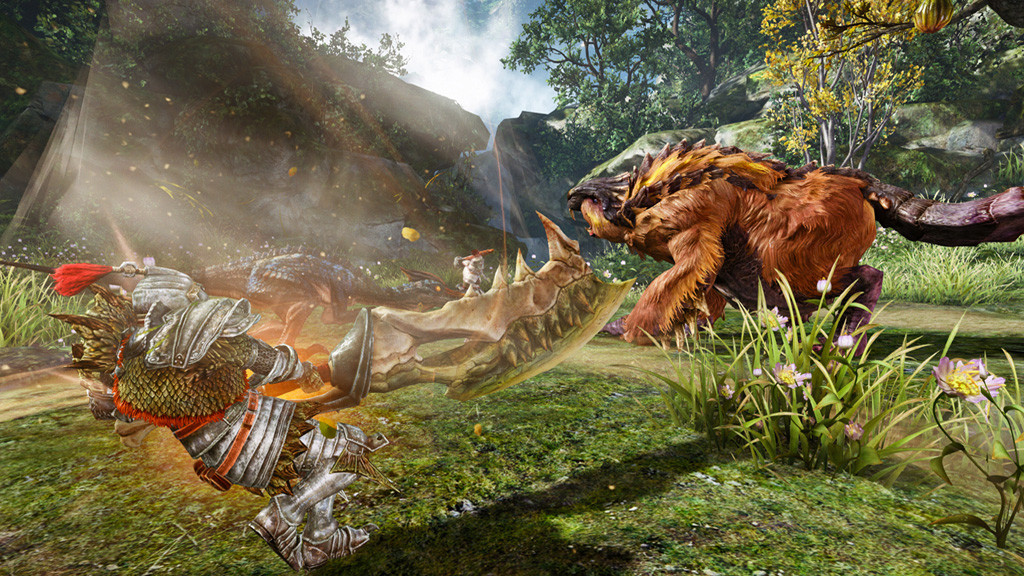 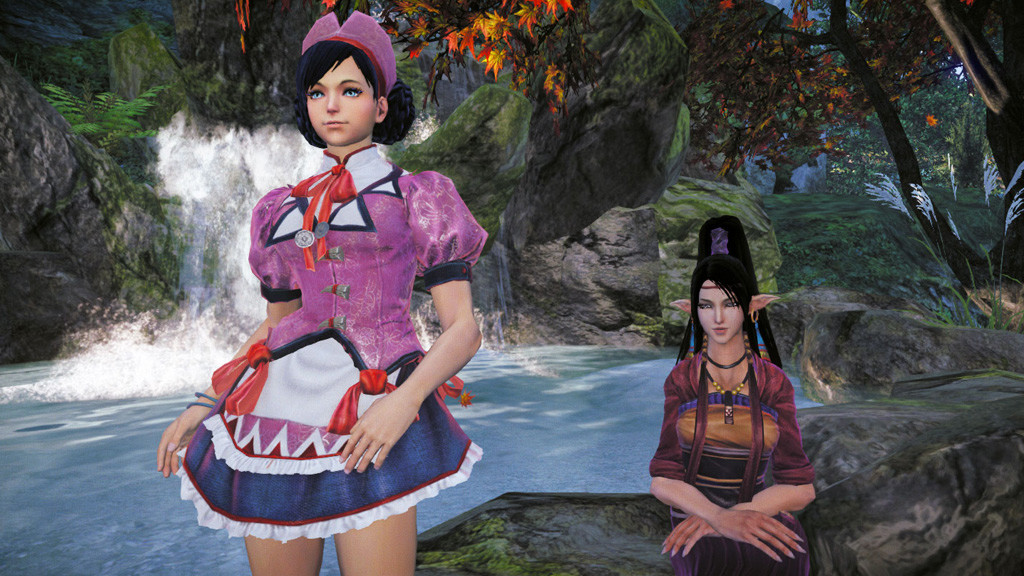 holy shit wat
this is huge
and since it's with a chinese company, really really hoping it's f2p

from tencent as well.

i think that poster isn't very clear, but this MH online is an official joint effort with capcom
testing starts june in china
V

Whoa, that is cool.
W

Well someone should go make a thread....also holy shit!
Q

Yeah this is huge, definitely deserves a new thread
N

I don't trust Tencent, but will keep an eye on this.
J

Please come to the US.
P

Wait, what is happening.
M

Is this going to be one of these games that only stays in China?
Z

I did not plan on updating my laptop before going full tablet.

Unless it comes to consoles.

EDIT: I hope general console port begging is allowed. I need this.
G

The first Monster Hunter to not look like a PS2 game.
K

Tencent made the clone that was taken down right? I'm glad they get to work on the actual thing.
T

Probably China-only given Capcom is about to release a big upgrade to Monster Hunter Frontier.

I wonder if it's going to be released on this side of the globe. I'd play a lot of that (since PSO2 seems to be out of the question).

I was starting to lose interest with Monster Hunter. Since everything they produced or announced since Tri was pretty lame. But this has be excited to be a MH fan again!
A

Really hoping it's at least solid and if so then is also brought to all the territories.

Nobody can provide any such information yet? No translation of that page?

I was starting to lose interest with Monster Hunter. Since everything they produced or announced since Tri was pretty lame. But this has be excited to be a MH fan again!
Click to expand...
That's weird, I don't see anything hinting at any super new advancements/changes other than the graphics. Well, I guess the end could hint at stuff but it could just as well be a gimmick like the ship in Tri.

I mean, I'd love if this thing made it so I don't have to get a console/handheld for my Monster Hunter fix but since it's both outsourced and a Frontier successor I have my doubts.

But I don't get what makes you so excited. Not even any new monsters or weapons. It looks like it could well end up being Frontier with new graphics, or worse.

Hopefully future information and media prove it's not. I'm hopeful, sure but see no reason to get excited at this point.

It seems you're just looking for excuses to bash real Monster Hunter, to be so overeager to praise this for nothing.

I don't think the art is very good looking either, at least where they haven't copied previous games exactly.
T

Please tell me this is for the PS4? Not a fan of mouse and keyboard for Monster Hunter
N

TheHater said:
Please tell me this is for the PS4? Not a fan of mouse and keyboard for Monster Hunter
Click to expand...
I'm sure you can use a gamepad on the PC version.
S

When we told Capcom we wanted HD MonHun in the West, they went billy berserk. CE3 and PC? That'll do pig, that'll do.
T

And I thought GT hiring Wario64 came out of nowhere.
S

"Your face when it won't be localized."
S


Finally FINALLY HD monster Hunter... I may actually jump on board now
J

Not sure I want a Chinese-developed Monster Hunter. Is this just another one of those weird Asian license deals that flops and disappears after like three months or what?
M

drizzle said:
I wonder if it's coming to non-moonspeak countries. I'd play a lot of that (since PSO2 seems to be out of the question).
Click to expand...
I still don't get why this is tolerated.
M

A monster hunter that doesn't look like ass? Huh.

Gonna start studying up Chinese again in case this doesn't get localized.
Q

Finally, a MH title with respectable graphics. I'm surprised it took this long.
I

I can't tell if this looks good or terrible.
S

dragonlife said:
Please come to the US.
Click to expand...
What are you drunk?
D

Isn't this only for China at the moment?
D

lupinko said:
I still don't get why this is tolerated.
Click to expand...
It isn't? I don't know of such a thing.

I'm studying japanese for the past 2 years (one and a half, actually), so I'm not averse to the language at all.

I'll edit it out if it's offensive in any way, but I didn't know about that.
S

Wow, this was unexpected. It looks really good too. We finally get an HD Monster hunter.
G

UGH. Did you see those ground textures?