the fact that I don't really know games with traditional controls are gonna work with this kind of controller actually makes me really look forward to E3 and how Nintendo is going to explain and market this. they're going to have to get super creative with what's on the screen
7

Well maybe after this nonsense bombs Nintendo will come around to games on PC. It's the natural best route for them to take and I wish they wouldnt fight it.

Nintendo are usually extremely good about ergonomics, so I really don't know why they would go with the shape of 1 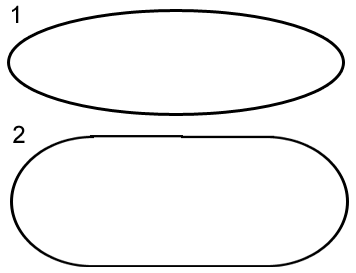 So I come back and apparently GI guy is backing this up.

Looks amazing to me honestly!! Though I think I'd prefer it had grips. I just hope the final design is sleek. The Wii u game pad has always looked a mess to me, but it does feel amazing so I see why they went with that design too.
K

As long as it has good games it will be worth it.

Of course buying a console just for Nintendo games isn't what most people are willing to do as the Wii U showed.
Y

3. It's quite literally impossible to gauge the comfort of using the controller based on pictures from an unfinished design.
Click to expand...
1. yes they are

2. ok then the screen is wasted. why even both with the design in that case?

3. I can only judge on what I see. hopefully the final product is improved but what I'm looking at looks like uncomfortable garbage.
M

Guevara said:
Look at the reflection in the first image, then look at Massive's HQ in Sweden

Kelegacy said:
I hope this is real because after this flops Nintendo will be forced third party.
Click to expand...
They will probably go mobile, there's no way it's good.

Kelegacy said:
I hope this is real because after this flops Nintendo will be forced third party.
Click to expand...
Great
B

Wonder if Nintendo is going to have to come out and address this now. If this thread is any indication, sentiment for the NX is plummeting.
A

Ahh yall need to chill out.

We're all going to end up buying the NX Classic Controller with buttons.
J

It simply does not look fun to use. Ergonomics don't seem existent, your hands are going to cover up a chunk of the screen, and the lack of buttons kills physical feedback.
S 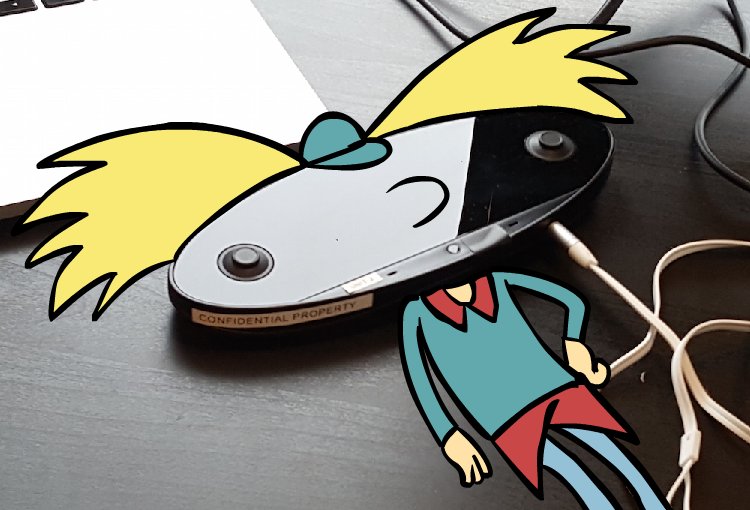 Fake leaks to sink expectations so that more people will be blown away and impressed by the real thing. Smart move, Nintendo.
G

Aaronrules380 said:
The ability to add extra buttons for games that might need it. The ability to customize the exact button configuration depending on your individual hands to adjust ergonomics. Because not everyone has identically sized hands. Also, if you prefer a and b (because of their typical function in games) to be one above the other, or one to the right or left of the other, you can do either. And this can make button remapping a lot easier and system wide as opposed to something you need to do for each individual game
Click to expand...
This doesnt make sense. More buttons? If you have more than 2-3 on this touch screen, youre gonna be fighting for screen space with buttons vs gameplay. Not to mention, your hand is going to be also covering some of the screen.

I get the idea.. but it just doesnt seem like a practical solution given the size of this unit and the lack of any buttons period (other than the L and R that has been mentioned).
G

I'm a pretty big handheld gamer and a lifelong Nintendo lover, but if there's not a typical number of physical buttons, I'm out.

At this point, this appears to be the stupidist fucking move ever. What group of people is this meant to appeal to? Who will buy this, other than the same group who bought the Wii U?
C

not tryna be dumb but why are people overlaying game footage on the controller? aren't you playing the game on your TV and using the controller display for interface info?
C

God, I'm going to laugh so much if they announce this monstrosity.
K

If this thing is what it looks like at face value then this is the end for Nintendo.

Click to expand...
"I find your lack of buttons disturbing".
A

Mesoian said:
There's no way it has this and stays affordable.
Click to expand...
$599
J

Nirolak said:
Let's say this is real for a second, and it's a controller for the home console.

Are you expected to just memorize where the virtual buttons are, or do you only play the console on the controller?

Presumably they can move between games, so it's not always the same spot.

I guess you could try to hold your controller below the TV you're looking at so you can see both at once until you learn it?
Click to expand...
Maybe the buttons are on the back?
D

This controller is going to be so expensive again!!!!
Click to expand...
Yup

How do they keep the machine itself powerful and competitive and keep the price within reason?
O

hwy_61 said:
What is appealing about this? You still have the issue of the analog buttons covering part of the image, now add to that human hands. I just don't get it.
Click to expand...
There is no appeal

Who is this aimed at? Core gamers? Mobile gamers? Just people who both love Nintendo games but hate buttons? That must be a pretty small demographic

Even the number of people who put up with Nintendo's crap because they love Nintendo games, will fall

Nintendo make great games, that is why they are loved, the last few systems have been great in spite of the controls, not because of them, it's insanity they're doubling down on the one thing no one gives a shit about
E

I remember years ago (before N3DS was released) Nintendo registered some add-ons for a portable console.
Maybe is this a "create your controller"?
C

DarkChronic said:
I've never used a haptic feedback device before. Can you compare it to anything? Will it really feel like pressing a physical button? Seems like science fiction technology lol
Click to expand...
Do you have a smartphone? If so it probably has s haptic feedback implementation for things like the keyboard. Those little vibrations.

It will be something along those lines.
S

MrCunningham said:
Honestly, I feel like Nintendo is going to set a trend for the future shapes of smart phones.
Click to expand...
What a disaster that'd be
I

Wow this is insane. Their final step before going full mobile dev.
G

jond76 said:
Like I said before, Nintendo needs to speak up. The air is leaking out of the balloon.
Click to expand...
They don't really need to speak up at all, we're creating the buzz for them lol.
T

Y2Kev said:
No triggers, just mouse wheels. OMG.
Click to expand...
You will shoot while scrolling the wheels. SWEEET!
O

It's different and looks pretty slick. I'll give Nintendo the benefit of the doubt and wait to see what the final controller looks like.
G

This controller is going to be so expensive again!!!!
Click to expand...

Too thin to have triggers.
R

Analog nubs instead of proper sticks, and no buttons. Not promising. Haptic feedback can't replace physical buttons.
A

I wonder if we have a Wii/Wii U situation where you can either use your existing controllers or use that one.
I

LordRaptor said:
Nintendo are usually extremely good about ergonomics, so I really don't know why they would go with the shape of 1

(shitty mockup)
Click to expand...
If they were really set on this style controller, they should have at least gone with a superellipse.

Click to expand...
Prototype and all that, but how do you actually play the games? That makes absolutely no sense and seems like it would be a clusterfuck for non simple games.
E

Honestly, my only complaint about touch controls is the lack of feedback, and if Nintendo found a good way to give your fingers feedback when you press a digital button, I'm on board. Touch screen controls aint that bad once you get used to them.
B

Carry for mobile, insert into dock controller with buttons at home.

When people say they will have their hands covering their screens, do they seriously use their whole hands when playing handheld games or just their thumbs?

No buttons? I don't want to live in this horrible button-less future.
P

crooked spin said:
not tryna be dumb but why are people overlaying game footage on the controller? aren't you playing the game on your TV and using the controller display for interface info?
Click to expand...
This is actually a good point. If the controller is only used as an interface display, then it all makes sense.

This controller is going to be so expensive again!!!!
Click to expand...
That's my biggest issue. Sticks and buttons wear down overtime.
A

TimeEffect said:
Paddles are much better for extra buttons though. Because you dont need to move your thumbs.

Is haptic so good as to make it possible to allow like 6 buttons without it getting confusing? Wouldn't this be incredibly opposite of making a simplified controller?

Button remapping could be done easily with OS settings. I can switch X and O or B and A on Xbox through the settings.

As for ergonomics, that's understandable. That's the only benefit I can imagine. But what good is adjusting the spacing of buttons for a 4 yr old and a 35 yr old if the physical controller itself is the same size?

Wouldnt it be much more sensible to have a XL controller series for bigger people?

I have to seriously question the benefit of haptic feedback if spacing buttons is the big seller.

And yet, I cant think of another reason why this is better than buttons

And at the end of the day, it's not the wow factor, or the technology of haptic feedback that matters

All that needs to be asked is, is this better than buttons? And I cant see that

The ONLY reason I imagine is that Nintendo really wanted to appeal to the market they lost: young gamers who now start gaming with iphones

Is there any reason for this controller other than that?
Click to expand...
Why do you think this is necessarily a simplified controller. And I'm not sure how far haptics have progressed at this point, or how well they'd work on this controller if its real, which is why I'm saying to wait and see. In theory there's no reason you shouldn't be able to create as many distinct buttons as you want with haptics, but obviously I have no idea how far the tech right now would allow this. Hence my attitude is "Wait for actual details and impressions before panicking)