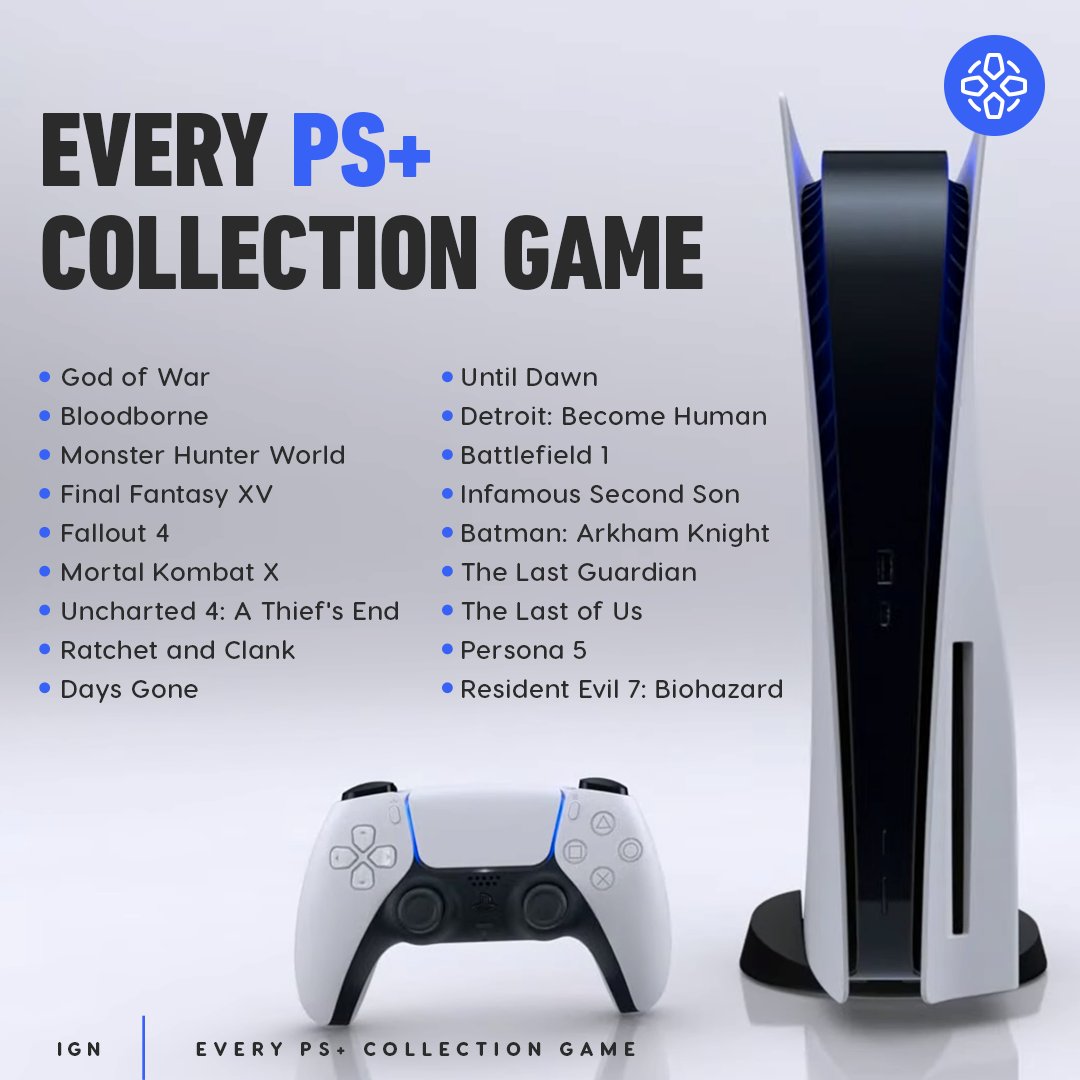 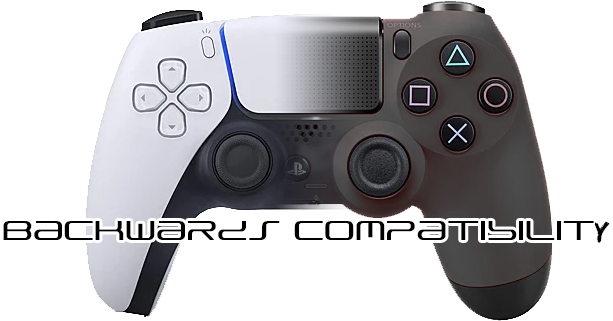 According to Hideaki Nishino, Sony's senior vice president of Platform Planning and Management, the PS5 is designed to be backward compatible with more than "99 percent" of PS4's 4,000+ game library, playable from launch day.The console is compatible with PlayStation VR.Because of PS5's high-speed SSD and increased processing power, many PS4 games gain from improved loading times or gameplay speeds "so that they can benefit from higher or more stable frame rates and potentially higher resolutions".

Players can synchronize their saved game files through cloud storage or transfer them using a USB storage device so no progress is lost. Backward compatibility is enabled in part by the similarity of hardware architecture, such as "extra logic" in the RDNA 2 GPU that ensures compatibility with PS4's GCN-based GPU. Mark Cerny explained during a March 2020 presentation and later in an interview with Digital Foundry how CPU clock timing required particular attention.

Although the Zen 2 CPU has an instruction set to handle the PS4's Jaguar CPU, their timings can be very different, so Sony worked closely with AMD when developing the Zen 2 CPU to more closely match the Jaguar's timings. PS5 backward compatibility may exhibit errors with some PS4 games, and does not include previous generations. The PlayStation 4's Share menu cannot be displayed but the Create button can capture screenshots and access the Create menu.On October 9, 2020 Sony released a list of ten PS4 games identified as being incompatible with PS5. [FROM THE WIKI] 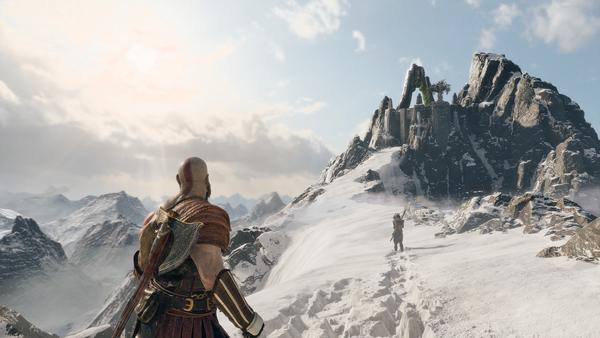 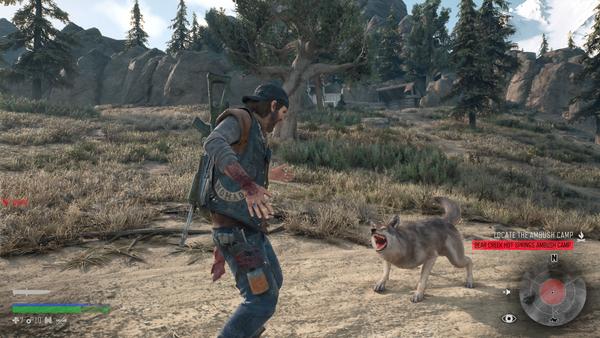 ​
Games That May Exhibit Errors on PS5 [FROM PUSHSQUARE]

While the vast majority of PS4 games will work on PS5 without any errors, Sony has marked some games on the PlayStation Store with the following warning: "When playing on PS5, this game may exhibit errors or unexpected behaviour and some features available on PS4 may be absent." It's important to note that any PS4 games carrying this message will load and be playable on the PS5, but they may exhibit errors like minor graphical glitches or bugs. The full list of all PS4 games that may exhibit errors on PS5 is as follows:

Excellent OT. See you all next Wednesday when mine finally arrives.
Reactions: Evangelion Unit-01, SynTha1, 3liteDragon and 3 others

MasterCornholio said:
Hopefully I can manage to get one before 2021 but I have my doubts.
Click to expand...

Rooting for you man! You're one of my fav Sony posters on the forum haha If i hear/see any deals online i'll let you know if it will help at all.
Reactions: B_Boss, havok75, darkangel-212559 and 3 others

splattered said:
Rooting for you man! You're one of my fav Sony posters on the forum haha If i hear/see any deals online i'll let you know if it will help at all.
Click to expand...

Well I can always buy some power tools and borrow the display models until I get one.
Reactions: SynTha1 and splattered

Thanks so much for the mention

You did an excellent job with the OT, it's really fantastic and it will be a great place to discuss and get hyped for the launch / launches (since we have two... 12th and 19th).

I've been a gamer my entire life and never had a console at launch before. I can't wait for my pre-ordered PS5 to get here!
Reactions: Shaqazooloo, Pietanic, JONEZZEEonGAF and 6 others

Reserved for I have 5 PS5's
Reactions: ANIMAL1975, Evangelion Unit-01 and MrS

MasterCornholio said:
Well I can always buy some power tools and borrow the display models until I get one.
Click to expand...

Just don't grab one from Best Buy, i hear their display models aren't doing so well

I probably will since nobody thinks it's working.

It was fake BTW

i wonder if their strategy is to make the disc version uglier than the digital version to slowly subconsciously push users in that direction.

Unless your an influencer don't expect a free console.
Reactions: Shaqazooloo, Goncas2, reinking and 2 others

Tag line reminds me of i think its batman begins when bruce wayne says "batman has no limits"
Reactions: SynTha1

Since Gran Turismo 7 doesn't come out for a while I plan to start with some PS4 games since my last console was a PS3. When does the PlayStation Store's Black Friday event start? I'll probably grab some games then.
J

I hope I can play Demon Soul's Thursday night. I have a feeling it will still be downloading on Friday afternoon.
Reactions: Shaqazooloo and SEGA_2012

Amazon better not pull an xbox day of release. I want my demon souls!

I pre-ordered mine in April, now I won't be getting it until the 13th of December at the earliest. Sony better kick TSMC's ass and get that yield and production up already!

jonnyp said:
I pre-ordered mine in April, now I won't be getting it until the 13th of December at the earliest. Sony better kick TSMC's ass and get that yield and production up already!
Click to expand...

How and from where?

Iorv3th said:
How and from where?
Click to expand...

One of Norway's largest electronics retailers. They obviously vastly over-estimated their allocation from Sony. But again, most people who want one here will have to wait until next year and even next summer to get a PS5 so I guess I shouldn't complain too much over an additional 3 weeks of waiting.

Reactions: Vick, phaedrus, Tesseract and 5 others

OT is just as sleek as the console.....Welcome fellow PS gamers to another generation of awesome games and content.....Greatness Realized indeed......
Reactions: ANIMAL1975, mejin, SynTha1 and 2 others

Excited to pick mine up Thursday at GameStop after work.

I got my LG OLED and new Sound System ready to experience next gen in all its glory.

And I'm planning on replaying a ton of old games and see all the 4k/HDR I missed out on last gen.
Reactions: SynTha1, Phunkydiabetic and FrankWza

The PS5 made me say matte
Reactions: Tesseract and SynTha1

Reactions: PuppetMaster, Durien, MrS and 6 others

I really hope I will get the console and miles Thursday. So far walmart has a Nov 13 pickup date
Reactions: SEGA_2012

Good chance I'll be picking up my console in the middle of a tropical storm. Worth it.
Reactions: Knitted Knight and BlvckFox

This has been a long journey friends, but we are almost at our destination. One more day.
Reactions: PS I Love You, MatrixReloaded101, SynTha1 and 2 others

Bryank75 said:
Thanks so much for the mention

You did an excellent job with the OT, it's really fantastic and it will be a great place to discuss and get hyped for the launch / launches (since we have two... 12th and 19th).

Maybe someone could start a hype train?
Click to expand...

Two launches.. for twice the panic about getting pre order shipments on time or day one some other way.
Reactions: Bryank75

Sony are going to see a huge surge in PS+ yearly subs
Reactions: Mahavastu, Bryank75, SynTha1 and 1 other person

Why no Demon souls and Godfall reviews? Surely sony is not going to leave it until launch day?
Reactions: Bryank75

Vtecomega said:
Why no Demon souls and Godfall reviews? Surely sony is not going to leave it until launch day?
Click to expand...

I hope so for Demon Souls (since it just got a patch). Godfall being ready for a while now. That one should be out tomorrow.
Reactions: Vtecomega

So you guys think Demon Souls is the best looking videogame of all time?

As of right now, pound for pound, Spider-man Miles Morales.

Feel free to use these screen grabs I took for the PS5 OT. 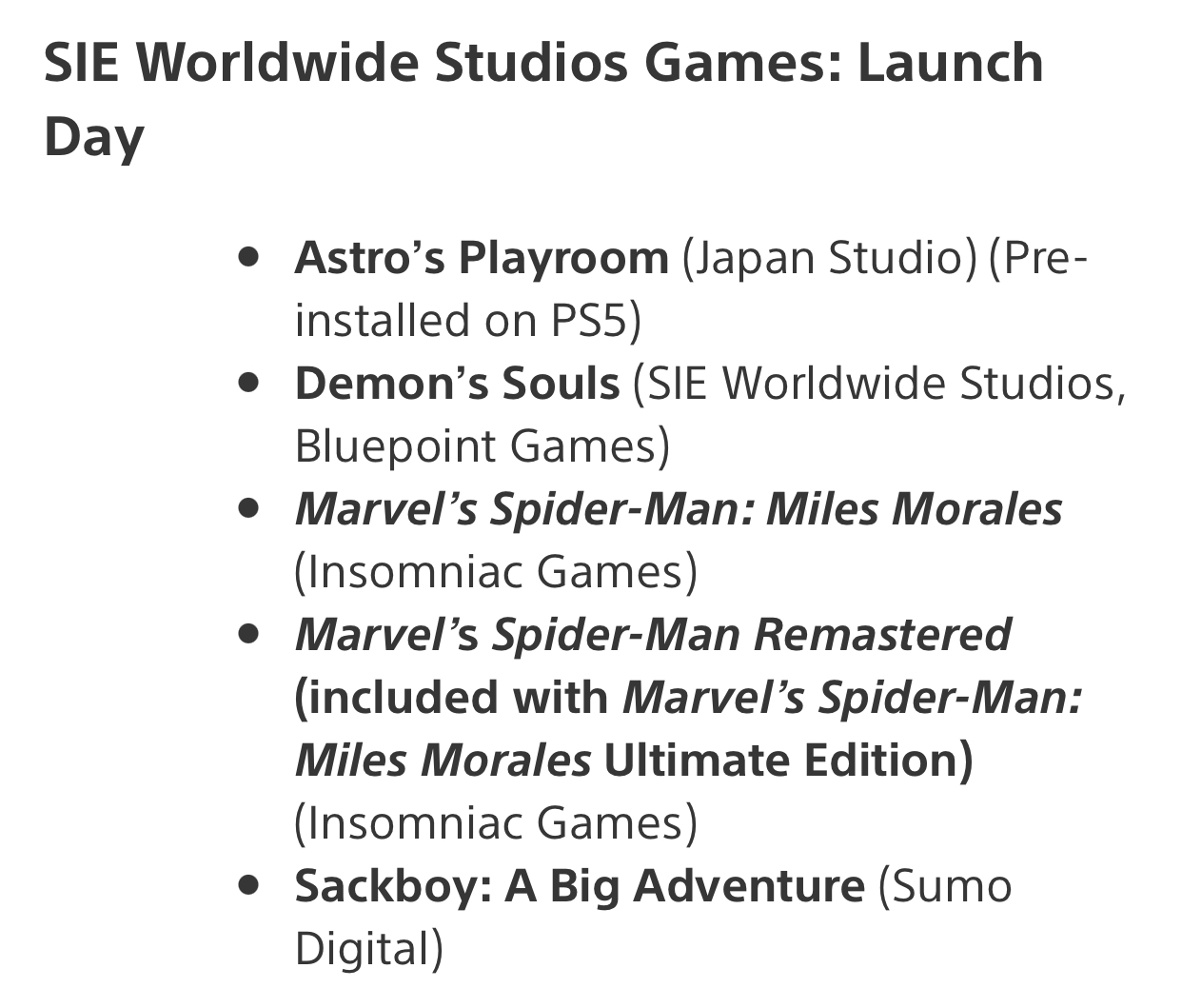 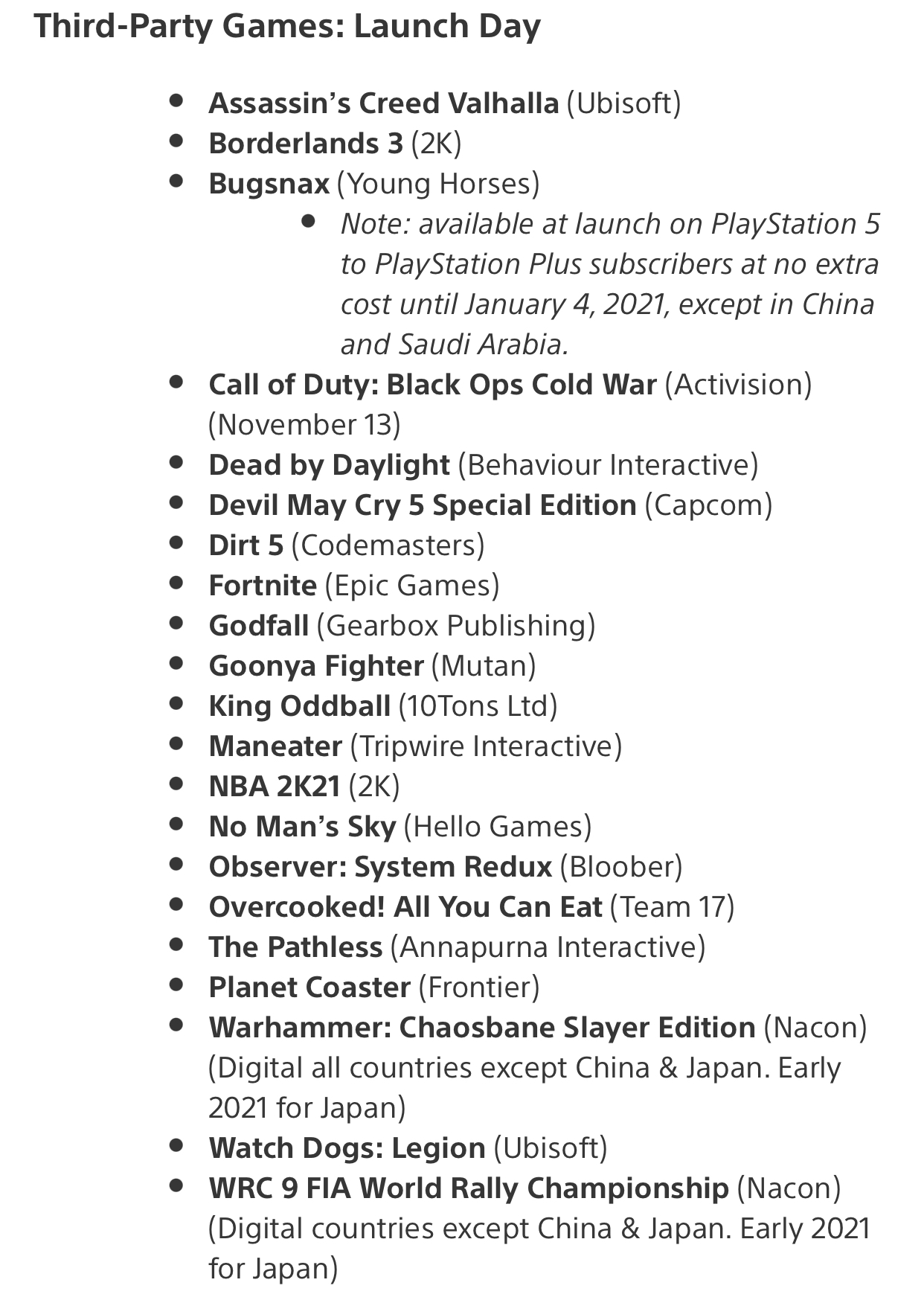 Reactions: PharaoTutAnchAmun, Dackelbein, Kerlurk and 2 others
You must log in or register to reply here.

Nov 8, 2020 started Komatsu
Dec 31, 2020
pasterpl
4 5 6 7 8
It was nearly impossible to buy the PlayStation 5 at launch thanks in part to resellers using the same type of bots that snatch up Yeezy drops