Rumor: Crash Bandicoot is back... In Skylanders

A retailer based in Singapore named Qisahn has a listing up featuring a Playstation 4 exclusive &#8220;Crash&#8221; Skylanders Imaginators Starter Pack.

Saying the &#8220;Crash edition content to be announced later. this is a Playstation 4 exclusive&#8221;.

Now, Crash has been long speculated to come to Skylanders, but recently has picked up more steam. Especially after it came out that Activision still owns the rights to Crash Bandicoot.

Game Informer even put in their article (but then quickly deleted) that there was another Guest Start to come to Skylanders Imaginators (like how Donkey Kong and Bowser came to Superchargers).

Obviously it&#8217;s not as legitimate as your big box stores like Amazon, Best Buy, etc. But we&#8217;ve had some leaks from random retailers across the globe (how many times have you heard a South African retailer leaking something?). So it is possible. This company also has some store fronts, so it&#8217;s not just an online company. There are even some interviews on Yahoo and other places with the owner of the store.

So the store itself is definitely legitimate, whether it&#8217;d have access to this kind of information, that remains to be seen.
Click to expand...

This is the end of our hopes and dreams.
G

Perfect. This is your monkey paw wish coming to realization.

(maybe this is what they use to gauge interest)
S

Lmao this would destroy gaf
X

Haha, if true this would make my day - not exactly in the greatest way possible, but it would be hilarious.
P

Gonna bet that this is real. Hopefully there is a Crash announcement accompanying his guest star status in Skylanders....But the future does not look bright
H

Singapore retailer and a site that literally only posts about Skylanders all year round.

Says HUGE PINCH OF SALT RUMOR in the title.

Also if this is real, he's PS4 exclusive for some reason. Could be a DK/Bowser situation?

It only makes sense.
G

i would laugh so much
B

sappyday said:
Lmao this would destroy gaf
Click to expand...

*exclusive to Wii U
L

Yeah this is totally possible.
I

This would be pretty funny.
N

If this is true

What about pog form?
S

I swear to fucking Christ this better mean there is a game as well, otherwise people are going to be pissed.
K

Bowser and Donkey Kong at least had their own games in recent history.
Z

If this is the only Crash related thing happening at E3 I will laugh so hard. No offense to people wanting a new Crash. I would be sorry for your loss, but I'd still find it quite hilarious.

Don't hurt me
A

hope its true just for the meltdowns
T

The meltdowns would be great.
C

At least it's not the Young Crash Edition.
S

This would be hilarious.
S 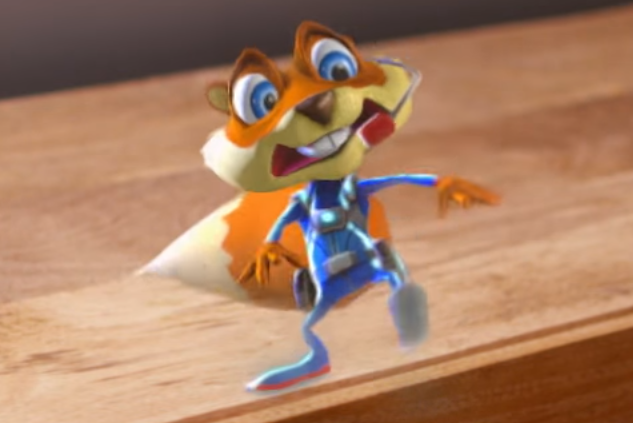 Where it belongs.
R

Lmaoooooo I want this to happen just for he reactions!
G

Says HUGE PINCH OF SALT RUMOR in the title.

Also if this is real, he's PS4 exclusive for some reason. Could be a DK/Bowser situation?
Click to expand...

Why would he be ps4 exclusive? The last crash game was multiplatform.
F

If this gets revealed on the Sony stage, I legitimately want audible booing from the audience that's there. I don't care how immature it is.

If THIS is what all the teasing from Sony led to, they deserve it.
You must log in or register to reply here.

May 24, 2021 started IbizaPocholo
Aug 27, 2021
IbizaPocholo
News Platform PlayStation Studios: All Sony First-Party Developers and What They're Working On

May 17, 2021 started Isleofsancroy
Jun 11, 2021
Isleofsancroy
2 3
Community Game Dev Naughty Dog is the most critically acclaimed studio of all-time, dominating a decade, releasing 3 straight concensus GOTY, w/ 4 out of their last 5!