On the latest WhatTheTech podcast, Paul Thurrott weighed in on the NeXtbox rumors shared some info from his sources. Apparently Microsoft is launching a 99$ Xbox 360 codenamed "Stingray" this November alongside of the Next Xbox.
According to Paul this is because the next Xbox isn't going to offer backwards compatibility for 360 games.

He mentions that it's going to be expensive. Apparently around 500$ for a normal unit, or 300$ for a subscription model.
It was also relayed to him that the device does indeed require a constant internet connection to function, although that is better discussed in this dedicated thread.

He also mentions that nothing that he has read about the next Xbox sounded negative to him.

Props to the guy bringing this up in the other threads


Salromano said:
"The next Xbox is code-named Durango. And we have talked for a while about this notion that there might be another version of the Xbox that was just aimed at entertainmenta non-gaming device. That device was code-named 'Yumo' and they're not making it. They may make one in the future, but it's not happening this year.

"So the new Xbox that comes out this year will just be the Xbox. And I mentioned before they're also going to sell a new Xbox 360 code-named 'Stingray' that will be $99. And you might look at that as two things: backwards compatibility, obviously, suggestingI don't actually know this for a fact, but based on the fact that they're making oneI don't think that the new Xbox will play 360 games. But that I don't actually know, that I'm guessing. But, the other one is that, $99, that's a real coo price. And so we know that the Xbox 360 does Netflix, Hulu Plus, yada yada yada, and you can make the argument that's kind of a low cost entertainment device, too.

"Durango is going to be expensive [laughs], you know $500, $300 for the subscription, that kind of thing, but you know, Blu-ray, blah blah blah, but the thing that interest me, going back and looking at some of the stuff I got a long time ago, it actually says 'must be internet-connected to use' in the notes. And that's all I have, but it does say that.

"I don't know because I don't know what it means. You know, when you look at some of the stories that were coming out this week about, you know, I saw a headline that said something like 'Next Xbox could be okay without an internet connection for as long as 3 minutes' or something like that. I don't even know what that means, so for me, Xbox 360 is almost entirely an online experience. Most of the games I play are multiplayer, where you're playing against other people online. Or you're using it as an entertainment device when you're connected to a service like Netflix or Xbox video, so that is an internet-connected device. In this phrase, it says 'must be internet-connected to use', you know, that suggests that you can't even boot into the UI and playI don't know, I don't know, I don't have one.

[And it's a fourth quarter release, right?]

"Early November, yeah. E3 is going to occur. BUILD is going to occur in San Francisco in June when they're going to talk about the developer story because it's a Windows 8 device. It's going to have the same, or basically the same, developer tools and developer APIs and all that kind of stuff. So I think there's a lot information to come, but I look at all this stuff that I've seen about Durango and I think, 'it's all positive.' I don't really see any bad news here at all. Like to me, everything I've seen about this is really positive. It's amazing to me that, based on like no information at all, everyone is like freaking out about everything. Aside from this online thing, by the way, the number one question I've gotten from people is, 'What does it look like?' Who gives a shit what it looks like?

"I've actually heard from, by the way not one or two people, several people who've said, 'based on what I've seen, Sony is going to blow them away.' Based on what you've seen? You've seen nothing. What are you talking about? No, but you've seen literally nothing from Microsoft.

[I don't think that's even a possibility considering how many people use Xbox LIVE... You're not going to have this mass Xbox audience jumping to Sony.]

Hoo-doo said:
He also mentions that nothing that he has read about the next Xbox sounded negative to him.
Click to expand...

Then he hasn't done a lot of reading lately.
X

Will wait, a year after launch to see how all this is turning out.
B

So I need to move and get a second job?
T

I still think the next Xbox will sell out on Release Date. I don't think the always online functionality will be marketed negatively.
I

500$!? I guess Kinect 2.0 might really be included in the box and is pushing the price up
B

Premium price for a premium brand - Deal with it
P

Tagg9 said:
Then he hasn't done a lot of reading lately.
Click to expand...

Or maybe he knows stuff you don't?
H

Same price as a launch ps3.

And apparently worth exactly $0.00 without an internet connection.
S

No BC is fucking dumb.
J

i've lost it if people buy this.
M

He also reiterates that Next Xbox will REQUIRE to be connected, as he already did in his article that generated the other thread.
O

ekim said:
Premium price for a premium brand - Deal with it
Click to expand...

Dealing with it is easy.

FateBreaker said:
Or maybe he knows stuff you don't?
Click to expand...

So then always-online required is true!


ekim said:
Premium price for a premium brand - Deal with it
Click to expand...

Into said:
500$!? I guess Kinect 2.0 might really be included in the box and is pushing the price up
Click to expand...

Microsoft sure know how to dump my business!

Always on internet is negative. Did he not read that?

My internet went out twice this weekend. This is unusual but that is a moot point because there is no good reason to make a system that can't play games off line.

Also I think the open publishing model of PS4 is getting a lot of developers ready to make indie games for the system where I have heard some very reputable people like Andy McNamara and Jeff Gerstmann saying that they've heard from developers that the new Xbox is going in the opposite direction in that respect, to a more closed off publishing system.
C

And yet, Microsoft sits idle waiting for their big reveal... sticking to their guns.

All press is good press! And nothing a huge marketing budget can't erase from our memories.
R

Hoo-doo said:
On the latest WhatTheTech podcast, Paul Thurrott weighed in on the NeXtbox rumors shared some info from his sources.

Apparently Microsoft is launching a 99$ Xbox 360 codenamed "Stingray" this November alongside of the Next Xbox.
He mentions that it's going to be expensive. Apparently around 500$ for a normal unit, or 300$ for a subscription model.

He also mentions that nothing that he has read about the next Xbox sounded negative to him.

Props to the guy bringing this up in the other threads!
Click to expand...

I actually wouldn't mind this if they were using the 360 for all the services and social shite (like that Microsoft guy did actually say) and the 720 was a pure gaming powerhouse but thats probably wishful thinking.
K

I can't imagine the PS4 being much more expensive than $500. If that's the case, the decision to swing PS4 this gen is even easier.

bananas said:
So I need to move and get a second job?
Click to expand...

Pretty much. Nobody in Canada offers the caliber of Internet one would need to support an always online platform like this one.

I will need to socially network over Xbox LIVE to find an American wife I can marry so I can move and use their functional Internet.
U

I hope that $500 model comes with a free year of Live or something.
S

This gen going to be a no brainer for me.
W

I'm guessing people will see the $300 price, see that you have to subscribe to XBL for x number of years, see it as a good deal because they would get XBL regardless
R

$500 seems way too high, even if Kinect 2 is included. $300 with the subscription model is pretty nuts too.
W

I think the PS4 and the Durango will have comparable prices i.e. expensive.
B

Sony is basically being set up to win at this point if they don't screw it up.

He said he has no info on that, that it was a guess.
M

bananas said:
So I need to move and get a second job?
Click to expand... 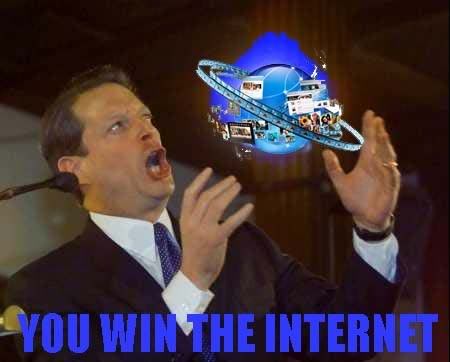 Added to the OP. Thanks!
W

Really wish I could just go ahead and pre-order a PS4 now.
T

I'm willing to bet for most people, the price elasticity between 449 and 499 is negligible.

threetri333 said:
I still think the next Xbox will sell out on Release Date. I don't think the always online functionality will be marketed negatively.
Click to expand...

I do think it will be marketed, full stop.
U

hahahahahaha, $500 - unless there's some phenomenal feature(s) that hasn't been revealed yet, no chance I'd spend that much, and if the always online is true then I won't be buying one anyway.
G

No way MS goes that high with no BC and always online .
If all these rumors are true the only place the next box going to sell is NA .
And depending on what Sony do it going to be a hard fight .
B

Wow. Never thought I'd see the day a contract model would come to the console space.
D

Like I said in the other thread, this doesn't instill confidence in me regarding the PS4's price. :/
P

Wario64 said:
I'm guessing people will see the $300 price, see that you have to subscribe to XBL for x number of years, see it as a good deal because they would get XBL regardless
Click to expand...

indeed. Seems akin to buying a cell phone on contract vs unlocked. Normal consumers love their subsidies and will ignore/deal with consequences later.
K

my name is Ted

if this is ture goodbye MS. the 360 will be the last MS system i own. i just hope the ps4 is at a good price. lately MS is doing everything wrong....i wish bill was the big boss again.
T

Hoo-doo said:
Added to the OP. Thanks!
Click to expand...

You still need the always online required connection to function.
You must log in or register to reply here.

Doctor Who game dev unveils new custom Xbox Series X console based on the series. 28 days to enter and win.

Eddie-Griffin replied
Nov 22, 2022
Xbox players need to realize that JRPG developers (and by extension, the rest of japan) do NOT care about Xbox.
2 3

CatLady replied
Sep 14, 2022
Phil Spencer: Xbox Has Been Growing in Asia, Half of Sales Have Gone to First-Time Xbox Owners, largely because of Series S