A couple of users on the Xbox Support forums are complaining about quite an unusual issue with their Xbox Ones. Their Xbox Ones were allegedly leaking a liquid that was leaving a milky-white residue, from inside the console itself.

From all accounts, it seems that it could be the thermal compound leaking out (a heat-conducting compound that sits between a chip and its heatsink, to help channel generated heat from a graphics/CPU chip to the heatsink to dissipate), though the compound itself would have to have been applied quite liberally to leak out. Seeing as the Xbox One&#8217;s huge heatsink-fan assembly sits at the full right-front of the console, near the vents, it wouldn&#8217;t be much of a stretch for the compound to leak out if too much was accidentally applied during assembly.
Click to expand...
More at: http://www.spawnfirst.com/news/rumor-xbox-one-leaking-liquid-two-issues-reported/

Xbox One is leaking ectoplasm confirmed. I knew these things were possessed by unholy ghosts. Exorcism revision incoming.
B

Maybe they just masturbated on their Xbones
G

here is one that smokes

A month out we'd be hearing a lot more cases if this were a real issue.
S

Super fucking strange. My launch unit is fine but damn how odd.
G

No guys c'mon, let's not blame microsoft. They're trying to help us out here, finally we can stop lining those greedy dairy farmer's pockets and make our own milk!
B

maxcer0081 said:
here is one that smokes

Really? Really Microsoft? After everything you went through with RROD, this is your latest oversight?
A

I think someone at the factory put some extra special sauce in those if you know what I'm saying.
W

Ah, memories. I'd forgotten about that...
G

Power of the
rain
cloud.
C

Yeah, it happens. I had a PS3 that was overheating. Took it apart, and there was thermal gunk all over the place. No idea why they don't have preapplied pads like they do on retail CPU heat sinks. Would certainly speed assembly, and prevent stuff like this.

JoeTheBlow said:
Thermal grease can't turn into vapor and condense on anything, that's gibberish.
Click to expand...
....unless it is being run upside down. Which sounds stupid, granted.
E

F0rneus said:
Xbox One is leaking ectoplasm confirmed. I knew these things were possessed by unholy ghosts. Exorcism revision incoming.
Click to expand...
That's just the DRM ghosts leaving, they got a late notice. Nothing to worry about.
A

Maybe they were using it upside down.
P

Mondy said:
Really? Really Microsoft? After everything you went through with RROD, this is your latest oversight?
Click to expand...
Two cases.
R

That Xbox in that picture is dirty as hell and so is that table, yuck.
D

maxcer0081 said:
here is one that smokes

http://www.youtube.com/watch?v=tkVJ-wqK9wk
Click to expand...
Uh oh, smoke is coming from the same place that liquid is in the other pics. Definitely overheating. They are fucked if they have another RROD situation. If that is the thermal paste it means the cpu/gpu won't get proper cooling and the system will overheat and be fucked.
B

It's probably the thermal compound leaking, result will be a dead console.

EvilKatarn said:
That's just the DRM ghosts leaving, they got a late notice. Nothing to worry about.
Click to expand... 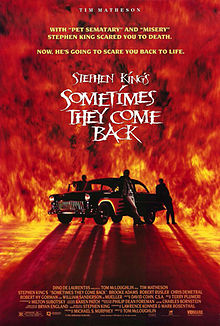 This thread should be good
G

GDGF said:
White Cream of Death?
Click to expand...
It's official from now on.

Gnub said:
Power of the
rain
cloud.
Click to expand...
When it rains it pours
F

Did they have their Xbox One's upside down? Am I missing something?