So, uh, the crazy buttocks on a train (CBOAT) is back?

crazy buttocks on a train said: 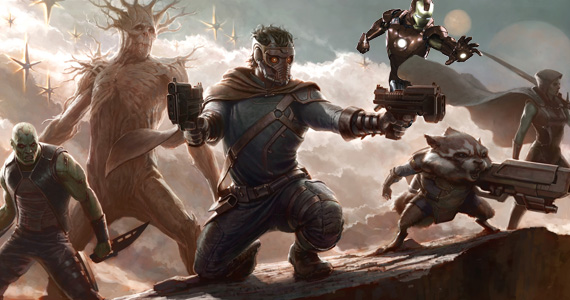 Click to expand...
Don't ask me. I have no idea. Literally as context-less as you can get.

Please tell me there's not going to be a cross promotion with GOTG for Halo 2A/5.
R

I didn't know it was possible to become MORE confusing. Unless CBOAT is doing movie leaks... in the halo thread.
N

6-player co-op for the Guardians of the Galaxy game? I dunno.
K

I dunno what to make of it.
B

And Shinobi is hinting at something Halo 5 happening tomorrow on his Twitter.
R

superpickleman said:
That's an old teaser image for Marvel's Guardians of the Galaxy movie.
Click to expand...
I'm guessing IM was shopped in then?
M

This was rumoured multiple times already (even besides the fact that it's in the latest run), but also may have already been hinted at from Infinity. Copy paste from a post I made in the GotG thread:

So, since Marvel Super Heroes for Disney Infinity was unveiled today, I caught this in the press release:

Click to expand...
"Try the Mark 42 on for size! Use Iron Man's black and white special edition Guardians of the Galaxy armor with added boom!"

Now, aside from the fact that the B&W armor isn't the Mk42, they italicize GotG, which means they're referring to the movie. Does this mean we'll see Gemini and RDJ make a cameo in GotG?

Oh, also the trailer featured the Avengers Tower as well. They seem to be integrating a lot of MCU elements, for obvious reasons.
K

what could it mean?!
A

at least he's not dead!
P

Is that an ent
R

Guardians of the Halo
S

Marvel is going to make the Halo movie.
F

shinobi is Tweeting about this, Halo 5,

with a hashtag of #tomorrow

he linked this image too
http://imgur.com/6lI8tUa
P

Fuck dammit. I wanted a leak-free E3 this year.

Why the hell can't we have nice things?
C

superpickleman said:
That's an old teaser image for Marvel's Guardians of the Galaxy movie.
Click to expand...
Yeah. With Iron Man. In a Halo thread. With no context whatsoever.

Hip Hop said:
shinobi is Tweeting about this, Halo 5,

with a hashtag of #tomorrow

he linked this image too
http://imgur.com/6lI8tUa
Click to expand...
(Posted in the other thread)

Chettlar said:
Whoa, what, why?

And what the HAYEYLLLL does GotG have to do with Halo 5?
Click to expand...
J

Don't know if it's related but Shinobi is on twitter saying there is Halo news coming tomorrow.
A

Oh that'd be interesting. Microsoft is pulling out some meaaan stops.
M

6 players? One out of place? Original concept? I don't know
N

Microsoft is so desperate.
T

I want to half-bet that buttocks is just messing with us.
But it's probably supposed to mean something.

Iron man could mean there's a crossover involved, since he's not a part of the guardians (at least in the movie anyway, idk about the comics)..
A

Dual wielding is back in halo 5?

Halo 5: Guardians of something or other
P

probably the return of sgt johnson.
B

Cboat has returned. And all's right with the world once again.
S

Amir0x said:
Oh that'd be interesting. Microsoft is pulling out some meaaan stops.
Click to expand...
Companies are best when they are down and need to get back up.
O

will it have alpha textures?
W

Does CBOAT only does Microsoft leaks?
C

jbug617 said:
Don't know if it's related but Shinobi is on twitter saying there is Halo news coming tomorrow.
Click to expand...
Not News. Stinkles said that the page before CBOAT's post, so this is unrelated to Shinobis post (As far as I can tell).

Just reading the legendary Buttocks name makes me moist.
Bring in the leaks!
A

MASTER CHIEF IS A GUARDIAN OF THE GALAXY.

That's why he posted that image. To say that Chief is coming.

N.Domixis said:
Microsoft is so desperate.
Click to expand...
What does this even mean?
J

So he posts concept art of some weird monsters fighting with a photoshopped Iron Man in a Halo thread?

Call my cynical, but CBOAT truly has fallen. Lol.
S

Go to 7-11 this summer to load up on some Doritos Jacked (now with more Iron) and don't forget to fill up on Gamerfuel in an exclusive 100oz GotG cup that also has a code for double XP in Halo 5.
N

Surface of Me said:
Marvel is going to make the Halo movie.
Click to expand...
Sargent Johnson sustained amnesia after hitting his head from falling off the holo-bridge, the power of Halo sent him back in time to 2012 where he assumed the identity of Nick Fury.
T

Revolutionary said:
Halo 5: Guardians of something or other
Click to expand...
Halo 5: Iron Guardians
D

But seriously, I don't get what he's hinting at(if anything).
S

Hell yes! I'm saddened by the confirmation that Gears is far far away, but this news may help satiate my hunger.
W

Ooooh, so THAT'S what CBOAT stands for.
R