Speculation: Nextgen to be 30TFLOPs+?

Feel free to shut this down with facts I'm not understanding cause these estimates sound crazy.

Navi will be arriving in a single- and dual-GPU card with Navi 10 and Navi 10 x2, with the dual-GPU variant set to be an absolute monster.

Dual Navi 10 Estimated Specifications This is just nuts, maybe some of this will hit - with my estimates, it'll be interesting to come back to this in 2 years time.

Why would nextgen consoles get Navi?
Well, there really is nothing else. 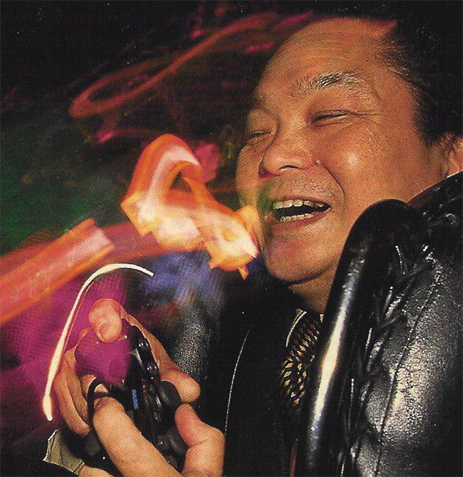 I highly doubt that. I'll believe it when I see it.
C

You'll take a custom Vega and enjoy it.
N

60TFLOPS is what is necessary to survive the next generation
S

Just look at that space background. This future is now!
I

Why is this 9-month-old post being brought up now?
L

Was just going to ask this.
O

With that roadmap? Probably not if they plan on launching them in 2019.
D

30 TFLOPs is a bit short of what Tim Sweeney thinks we need for incredibly realistic graphics in completely dynamic environments.

He thinks we need at least 40 TFLOPs for that!


In Before Lock
M

If you glue a PS5 and an Xbox Two together, maybe?
L

I'm hoping their GPUs are capable of 16 or above TFs if they're releasing in 2019 and on wards, however I don't know how plausible that is. I think that them having GPUs that are capable of at-least 10-12TFs is quite plausible but of-course we don't know for certain. IMO that kind of increase seems a little low though coming from mid gen machines so ideally I'm hoping for 16 or above TFs with 24GB or more memory, I think somewhere between 12 and 16 TFs is quite likely though.

If their flops are comparable to Polaris, a PS5 with a 16 TF GPU would be a huge upgrade from the base PS4 as it would be theoretically over 8.5x faster, a PS5 with a 10-12 TF GPU also still be a sizable upgrade as the GPU is theoretically around 5.4-6.5x more powerful but as I said before this kind of increase seems a little low IMO.

Fortunately the CPU and memory the new consoles will have are huge factors which contribute to the power and capabilities of the machines as the GPU power doesn't necessarily tell the whole story, although it is very important. So in the event that the new consoles launch with GPUs that are a bit lacking they'll hopefully be huge improvements to their CPUs and memory systems. With faster CPUs and more memory you can create larger worlds which are more advanced and more detailed on a simulation level among other things!

After thinking about this more I think a console with a 12-16TF GPU is the most plausible outcome for a 2019 next generation console launch, above 16TFs may just be wishful thinking on my part but it will be interesting to see how GPU technology develops over the years and what tech becomes available for PCs and Consoles. There could be some really nice architectural improvements from newer GPU technology in 2019 and onwards.

How many flops do you get per gallon?
P

10 Tflops would be already a miracle...
H

kromeo said:
How many flops do you get per gallon?
Click to expand...

Future consoles will run on solar energy and the tears of its owner.
K

Entirely depends on how long they intend to ride the current half step and whether or not GPUs will stick to the roadmap.
C

Who wants to bet Raja isn't even coming back?

Lol. You'll get your shitty cheap budget machine and like it, son.
C

Probably more like 10TF, 15TF at most. AMD Terra-flops at that, even then the CPU's will still be meh.

If Vega is too large for consoles then Navi used in consoles will likely be more or less Vega 10 shrinked down on 7nm to become smaller (meaning - cheaper). This in turn means that it won't have 128 CUs and whatever performance it may gain over Vega will come from lower power draw and a possibility of higher clocks. If they will be able to push it to a somewhat stable 2GHz then we're looking at ~16.5TFlops which is about half of what you're saying. And that's a highly optimistic scenario for a nextgen GCN GPU based on 7nm.

Less than 10 TF for PS5 seems like a very small step in that case...
L

This specs are really good. I don't know why.. It reminds me that Polygon MK8 pie chart.
R

The prettiest games you've ever seen capped at 30fps with bad frame pacing.

Maybe it'll be enough for 16x AF though.
E

I fucking wish. At this point I'm thinking 12.
O

Less than 10 TF for PS5 seems like a very small step in that case...
Click to expand...

But the pro is already a half step. The regular PS4 is less than 2, so give or take 10 for the PS5 seems about right?
You must log in or register to reply here.