What can Resident Evil 4 Remake do to surpass the original?

Better graphics are a given, but what can Resident Evil 4 Remake do to surpass the original? 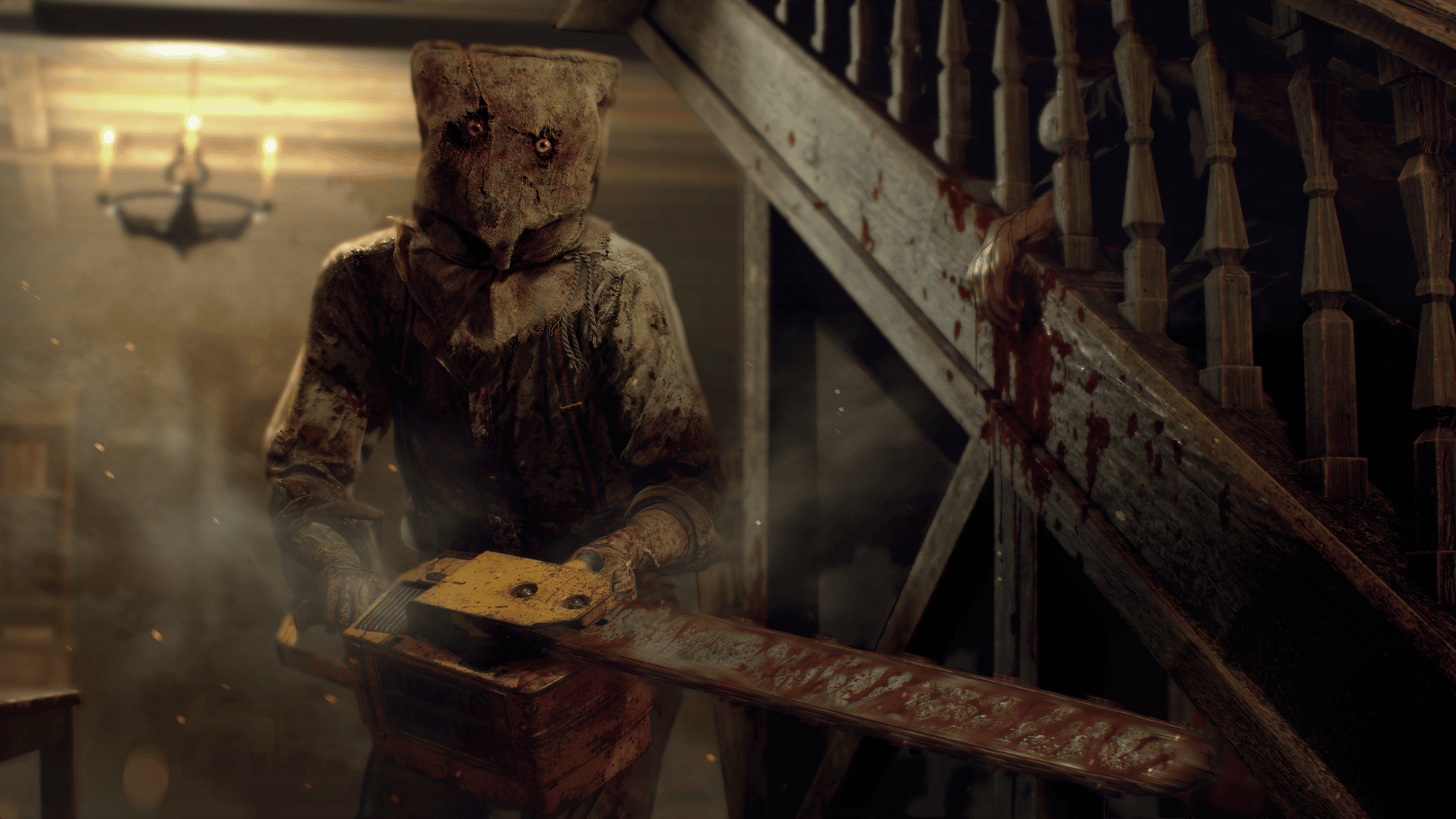 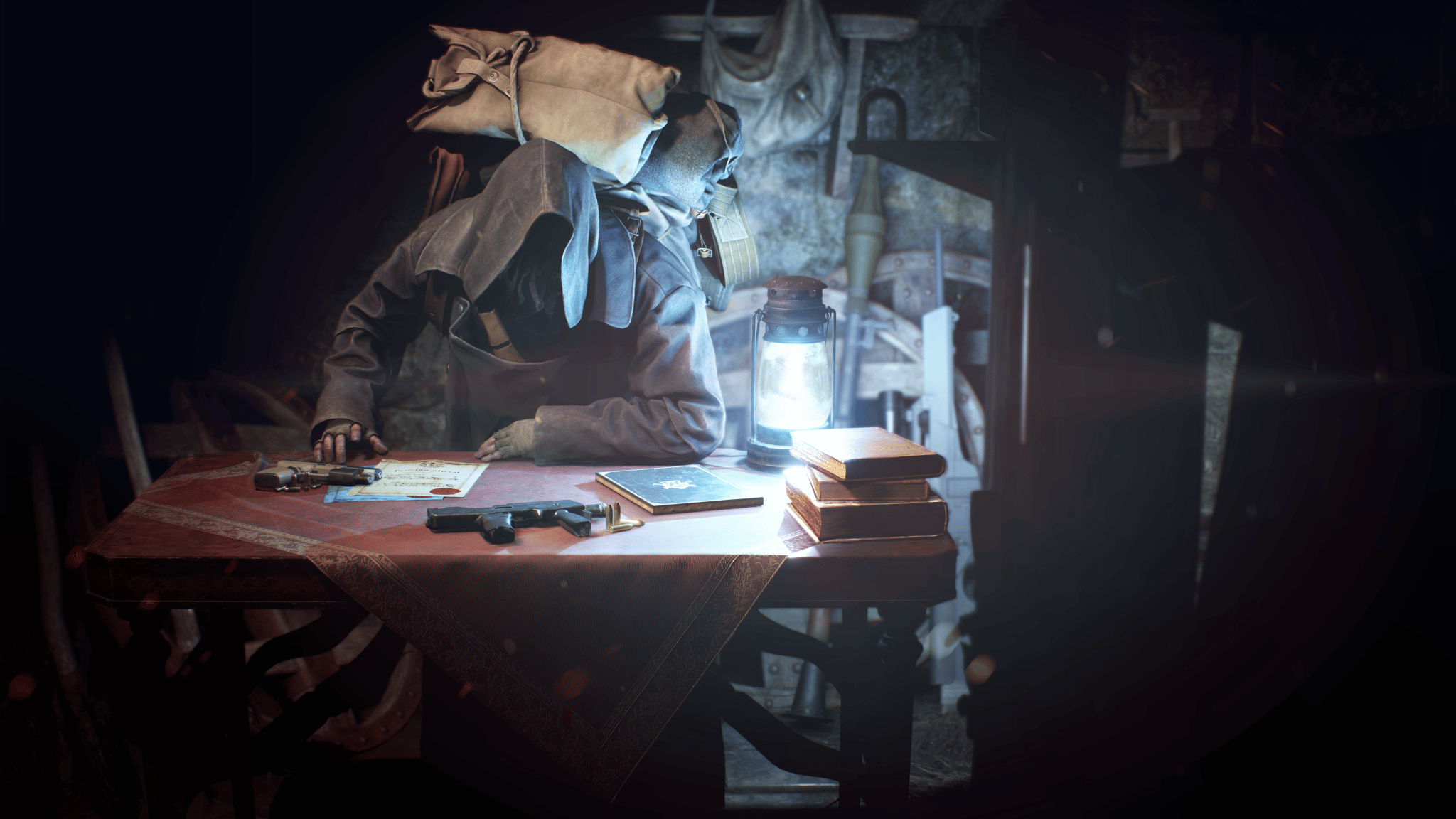 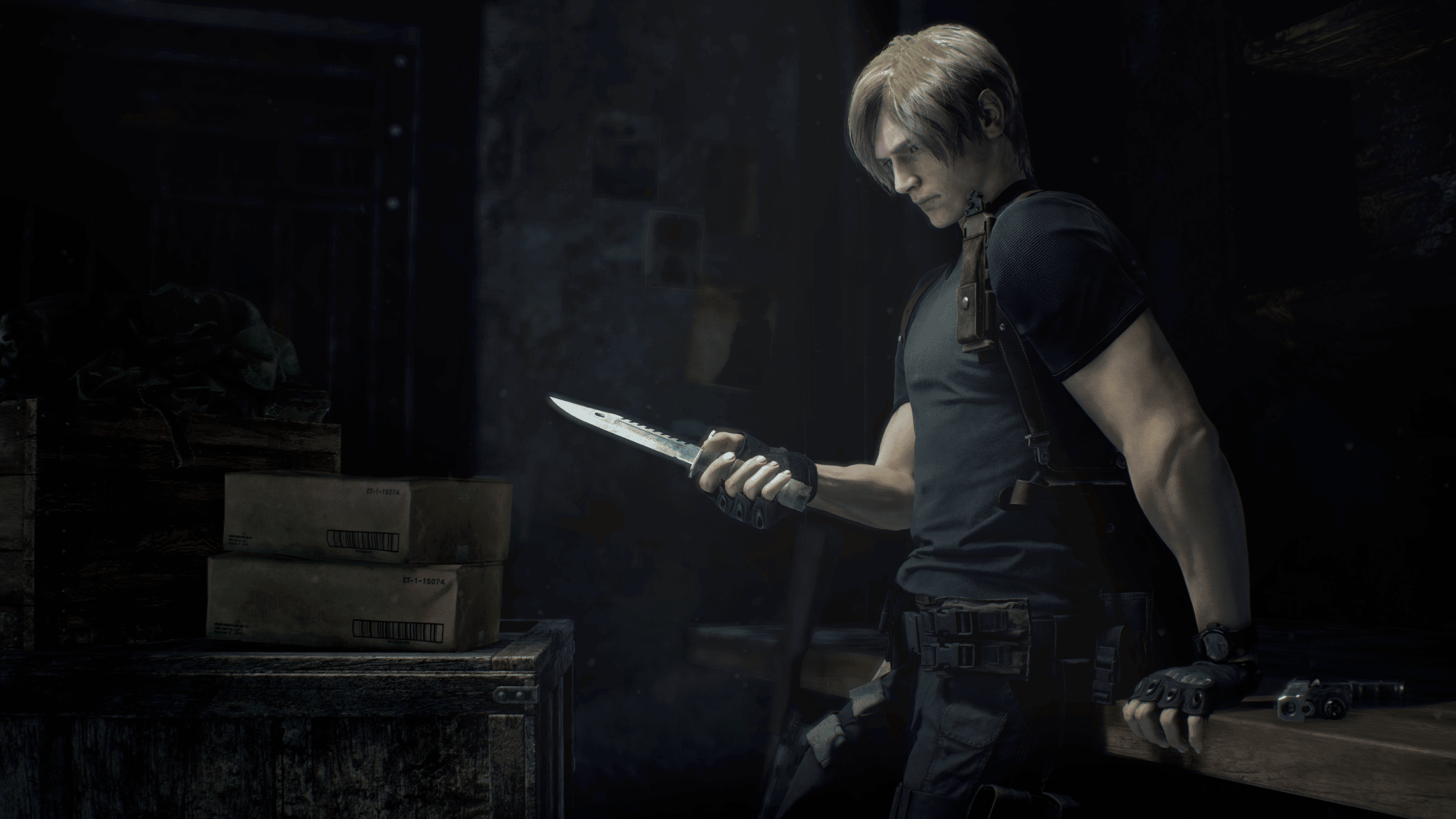 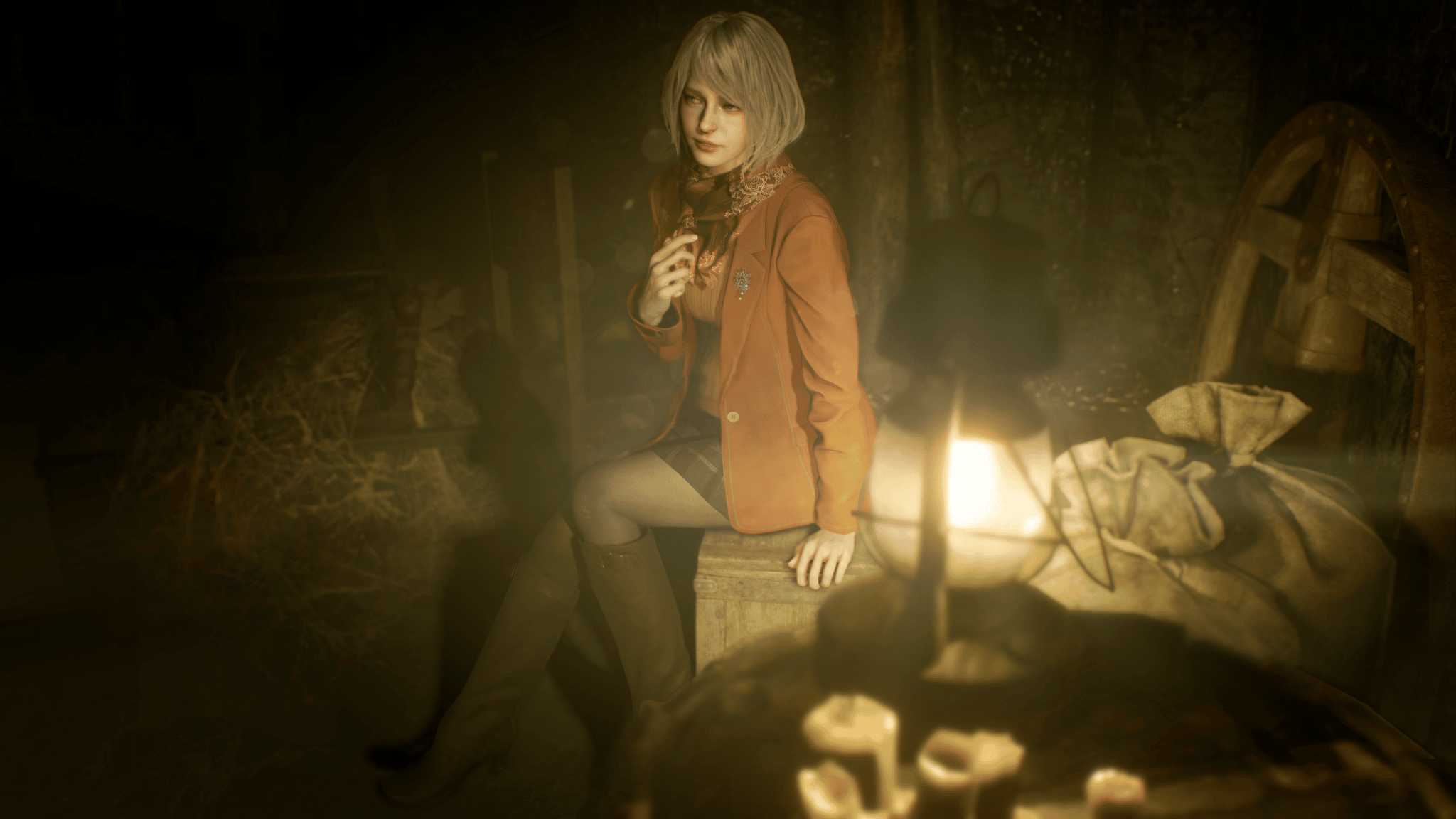 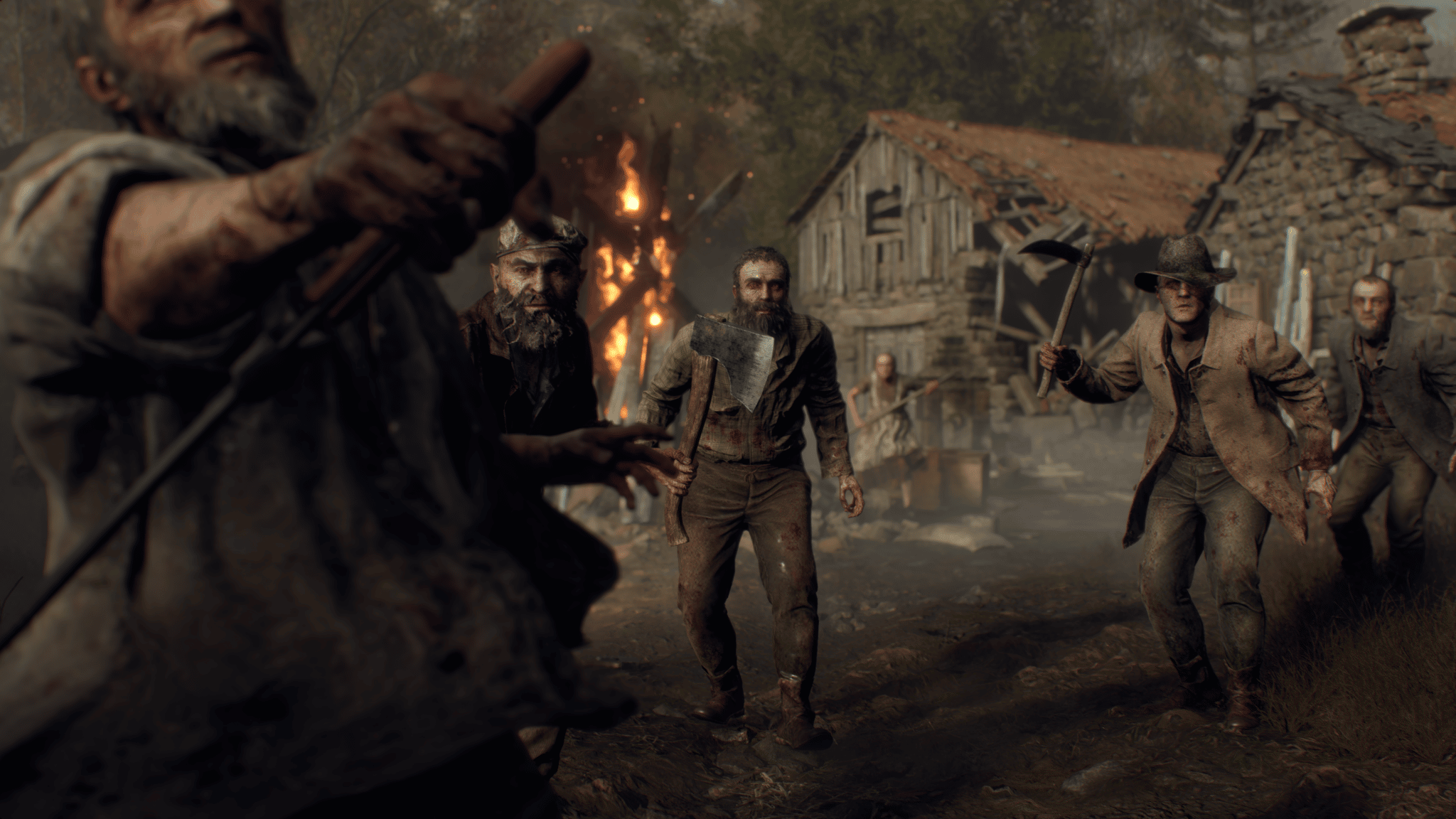 Add Item Box so players don't have to sell upgraded weapons and go through the hassle of upgrading them again if they want to re-purchase them.
Last edited: Jan 7, 2023

Suplex off a roof to the ground.
S

I would like them to just add bunch of modes.

Original is great, but sometimes I would like to play it with more scarse ammo and weapons and fewer item slots, but that would require either less enemies or slower ones. So if tgey add such "survival" mode that would require balancing.

If possible to add 2nd run with different progression, that wpuld be sweet.

"Surpass" is a weird one. I think it'll be much like REmake 2 where it feels better to play, but the original remains a classic that's worth going back to for various reasons.

No need to try and outdo a classic, it will never have the same impact. Just tighten it up and give it a fresh set of wheels.

Ditch the handhold missions with Ashley.

No matter what it does it will never surpass the original. You cannot improve on perfection.

No because it is probably a quick cashgrab by capcom.

If 2 can surpass the original than it's not hard for 4 to.
J

From what I've seen so far, the remake has already surpassed the original.
Last edited: Jan 7, 2023

Improved visuals and QoL changes is all I want. Keep it simple and don’t stray too far from the original.

Leon smashes at the end.

Nothing.
Because it won't.

Nothing, this project is redundant. Should've spent the time on a killer RE3make instead.
Last edited: Jan 7, 2023

Restore all the flirtatious dialogue that they censored in RE4 VR because the producer of that version is a white knighting cuck.

Give us a proper option as to whether or not we want to do “some overtime.”

begotten said:
If 2 can surpass the original than it's not hard for 4 to.
Click to expand...

So it won't then.

I think the animations for the enemies could be a huge improvement, seeing them communicate and organize with seem-able gestures, maybe add reactions when they see you or let them take support using walls or the environment, kinda like most games do with your character when he is close to a wall and he touch the wall, get the idea?

Little touches like this go a long way in making each encounter unique and believable, for me it's what made RE4 unique and new in 2005 but now we need animations on par with the new coat of paint the graphics will bring to the table, where are the procedural animations and the awesome scripts ala FEAR for the AI behavior?

Will it have adaptive difficulty? I don't really like it.
L

I just hope they don't tone the game down for the "modern audiences".

Remove silliness like the giant walking Salazar statue and lave rooms in the castle.

I think that in addition to update the visuals, they should update the controls/gameplay, something I assume they are already doing.

And keeping the same structure and style keeping the same sections, add a few minor changes and additions here and there for the scarejumps and enemy locations to make sure players of the previous game also get suprised/scared.

I'd also push a bit more the horror/dark side and puzzles to make it a bit closer to the RE1-3 & CV games: more horror, less action.

It has been already announced to have PSVR2 support, but maybe not at game launch.
Last edited: Jan 7, 2023

dDoc said:
Remove silliness like the giant walking Salazar statue and lave rooms in the castle.
Click to expand...

Gimme dat sweet, sweet cheesy weirdness. Even more of it would be welcome.
Last edited: Jan 7, 2023

I think it's going to be just as good. One very minor thing I'd like though is to have other stuff unlockable by shooting blue medallions and they shouldn't appear on the map.

begotten said:
If 2 can surpass the original than it's not hard for 4 to.
Click to expand...

It didn’t surpass the original.


I think a good improvement for me would be RE3R/Village style point progression. Like challenges that lets you accumulate points for new game plus goodies.

The original is nice and all but most of it is just accumulating money or finishing side stories like Separate Ways. I dislike that the Handcannon is locked by 5 starring everyone in mercenaries as well. I love mercenaries but I don‘t particularly like main campaign stuff being locked behind a bonus mode. Keep them exclusive with each other.

I would love more costumes but please lock the mafia/knight costume from new game. Professional mode is like 50% easier when you use that combo costume in a new game. Make it only usable in new game plus. Also please allow us to go straight to professional mode without beating normal mode which unlocks the aforementioned costumes.

Some stuff I wish would return or just allude to them retconning or making the sequels canon is the OG RE3 style epilogue bits just to make replaying more worth it. Like maybe even add epilogue stuff for Hunnigan, Ada, Ashley, Wesker, and maybe even HUNK since he’s there at mercenaries mode.

Other small stuff like rebalancing the mine thrower since I think it’s pretty useless. The best thing you can do with it is buy it so you can sell its expensive ammo and never use it. Matilda as well since for a new game plus unlock, it honestly has worse bullet economy and you can’t even make it have infinite bullets for such a resource hog.

Not sure if it’s good or bad but I like having the armored vest upgrade. It isn’t available in Professional difficulty because it makes it easier but maybe allow us to keep the look. I think it looks great visually so I’m bummed out I can’t use it on higher difficulty. Maybe allow it to be an unlockable costume instead?

Some other minor stuff that’s more like nitpicks for me is the camera I guess. Sometimes it’s too close and sometimes it’s so far back. It honestly depends on the enemy type in that area like it pulls back out if you’re like fighting an El Gigante and closer for just ganados or something but I would love a more consistent camera distance.

All it has to do is be the best game ever made.

dDoc said:
Remove silliness like the giant walking Salazar statue and lave rooms in the castle.
Click to expand...

Give Shinji Mikami the Director role, let him and his dev team go HAM with it!

They already kept the merchant so I doubt they're making any of the changes really needed to fix it.

Better AI for that chick.

Don’t add enemies you can’t kill, or ones that follow you throughout the whole map.

yurinka said:
It has been already announced to have PSVR2 support, but maybe not at game launch.
Click to expand...

They said it will have PSVR 2 content. Doesn't sound like the whole game is playable in VR.

Make the villagers say more than a couple of annoying lines over and over. Other than that, it already looks WAY better.

If it has any cut content compared to the original it’s already worse off (except maybe assignment Ada, since Seperate ways made it a bit redundant). What they could add though is perhaps co-op for mercenaries.

Also maybe they could expand on the whole operating-chair-that-removes the plagas thing. Like make it really clear in the story that the cure is on the island. In the original they just happen to stumble upon it right before the last boss and it’s kinda ex machina-ey.
Last edited: Jan 7, 2023

Don't get me wrong, i love the sillyness in Resident Evil 4,its a mix of goofy action + Horror, but it seems the Remake goes in a slightly more serious and darker direction, wich is perfect for developing the characters and narrative. When RE4 came out, it was so disconnected from the rest of the series i want to see what they can do to place RE4 in the same lineup as RE2R, REmake and RE7.

other than that, a more cinematic experience, higher quality animations and more developed combat
I don't expect to play a total revolution, just an awesome upgrade

Holy shungus I hadn't seen that merchant screenshot yet, it just made me triple excited.

I think an item box could be good as

SnapShot says, I wished in RE8 you could store guns instead of having to sell them, each one up was generally better in every regard but not always and would've made repeat runs more fun to just choose whatever gun but with infinite ammo like when you fully upgrade in 8.

Maybe make it 2nd run+ only if they want to balance the game around choosing between guns even once you have all attache cases. Although I think they'll get rid of the case upgrades