Chris Avellone is getting cancelled

No idea if there's anything to it or if he's getting painted,

He would disappear with one or another, come back, then come back to me. The entire con. I did not get drunk with him again, and he was a gentleman-

-about my refusals, including the one where I was drunk off my ass, and when he escorted me to the subway station at 4:30am the morning I left to go home. That kind behavior is what not only kept me in denial about what was actually going on, but drove me to introduce him to-

-one of my best friends, who then endured over a year of heartache, gaslighting, and emotional abuse at his hands. It was much easier to see then, and ALL of us who knew what was going on told her to get out. Eventually, she did, but not before he raged out of a restaurant-

-drunk as fuck (as usual), leaving her behind, after which point she wandered the downtown streets of a major convention city late at night, ALONE, looking for him because she was worried he would get hurt due to how drunk he was. This was my breaking point
Click to expand...
Reactions: FloatingIslands, Stiflers Mom, Abear21 and 14 others
E

And she starts off by brigading?
Reactions: saintjules, Kadayi, TheSHEEEP and 3 others

he'll survive this no doubt.
Reactions: Devilich, JoduanER2, Griffon and 2 others

Oh fuck, not heartache and emotional problems! The bastard!

I just read that once he was mad at a restaurant while he was drinking, then he got up and left!!! I'm so angry at this guy I'm literally shaking.
Last edited: Jun 20, 2020
Reactions: saltinekracka, ambar_hitman, saintjules and 85 others

I know I'm always gonna be a minority in this, but I stopped reading as soon as I read she was blaming him for something after she got drunk....I mean, after "he got me blackout drunk"...so I guess he was shoving a bottle down her throat.

I am so tired of hearing these god damn stories where women are not supposed to be held accountable for what they do while drunk, yet men are. That's not EQUALITY if things aren't equal. Fuck off.
Reactions: Nizz, Liljagare, Mister D and 96 others

So he was a drunk gentleman who respected her boundaries and caused one of her friends heartache and emotional pain? Am I reading this correctly?
Reactions: Liljagare, Chava, FloatingIslands and 54 others

I noticed she had her pronouns on her Twitter page, lost all respect.
Reactions: Phase, Replicant_Reaper, saltinekracka and 49 others
M

She's so brave
Reactions: BaneIsPain, Andrew Evenstar, Devilich and 10 others

Why bother going to the authorities when you can just post accusations on twitter with no evidence.
Reactions: saltinekracka, Nydus, Duallusion and 31 others

Sort this out over an email. This isn't our business.

If someone who has pronouns in her bio, trendy Twitter name changes she virtue signals in, and transparently, desperately wants to be important, can even be trusted.
Last edited: Jun 20, 2020
Reactions: saltinekracka, sandkiller, Sleepydays and 22 others

Honestly, even if she's telling the truth, her Twitter bio makes me not really care.
Reactions: SeanTron, Stevonidas, Shadowstar39 and 6 others
A

Expected since he is working on an xbox/PC game. Since Reset era is on Sony's payroll the story is getting some major traction there
Reactions: FloatingIslands, Godzilla Emu, Stevonidas and 2 others
T

What exactly is the problem here?
Click to expand...
Resetera to the rescue

I don't think this needs much introduction. As a content warning, this is a story from a survivor of sexual assault. The stories she reports took place from 2013-2015 (during his time at Obsidian), but her friends have witnessed him continuing his predatory behavior up until 2018 (when he...

I thought the metoo movement was addressing sexual assault and rape

Chris sounds like an asshole at times. But doesn't sound like he did anything illegal. I don't get the underage comments when she was about 30.
Reactions: Amish Prince, Griffon, llien and 4 others

Click to expand...
Gotta love the nice guy Male ally showing how offended he is in a desperate attempt to get some.
Reactions: Nizz, FloatingIslands, Kadayi and 21 others

Reactions: BadBurger, Nydus, polybius80 and 26 others

Guy is only human and has moments where he's not at his best, as we all do.

This need to stop. I hope avellone will sue her for defamation
Reactions: Kadayi, Godzilla Emu, Shadowstar39 and 9 others

Women and drama. Who'd of thunk it. 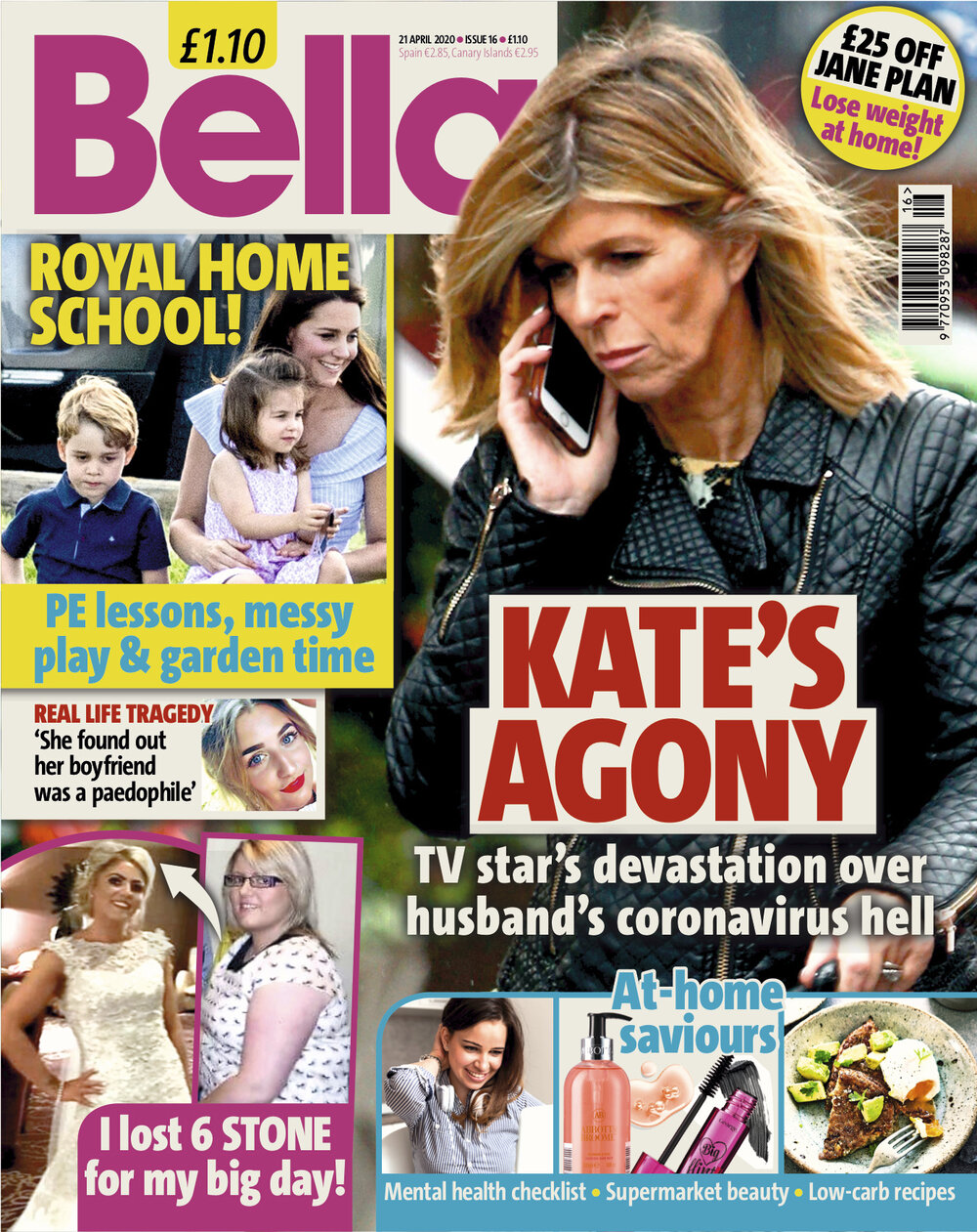 Based Chris, giving us the best characters in gaming for over two decades and being a gentleman to the ladies, even if they don't really deserve being called that.

What a thot. How anyone can come to the defense of trash like her is disgusting. She actually said in Twitter that the ONLY reason she was able to turn him down was because she was on her period and then goes on to chastise the world for menstrual shaming. What a piece of work.
Reactions: Duallusion, Godzilla Emu, Iorv3th and 13 others

No idea if there's anything to it or if he's getting painted,
Click to expand... 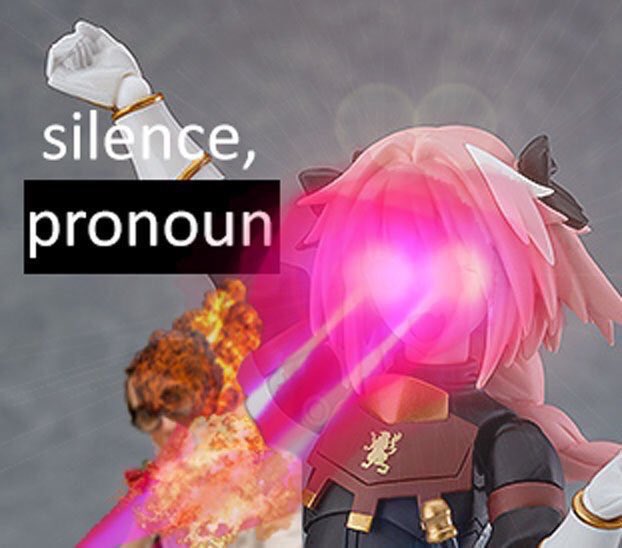 Who wanna bet Trump bad somewhere there too?
Reactions: Duallusion, Godzilla Emu, Lordani66 and 7 others

Ohyeah, she probably forgot to mention she's the instigator. There's always two sides to a story.
Reactions: Greatest Of All Time, Amish Prince, Dr. Kitty Muffins and 1 other person

drganon said:
Why bother going to the authorities when you can just post accusations on twitter with no evidence.
Click to expand...
This is the bit I never understand. If something like this happened, go to the authorities. If someone is a predator they need to be punished to the full extent of the law. We are way past the idea of police not taking accusations seriously.
Reactions: Amish Prince and CoolZombie360

Ass of Can Whooping said:
This just sounds like relationship issues lmao
Click to expand...
He's hanging around with the wrong type of women obviously.

lmao if thats all thats needed to be canceled in the states i would not even be able to get work as a janitor
Reactions: FloatingIslands, sandkiller, Duallusion and 11 others
S

Why is everyone suddenly using the term 'gaslighting?' What does it even mean?
Reactions: saltinekracka, sandkiller, EverythingsOverrated and 3 others

Well he already apologized via Twitter it seems. Having now capitulated to the mob, his reward will be his continued social evisceration.
Reactions: HellforLeather, saltinekracka, Golgo 13 and 6 others

CAB_Life said:
Well he already apologized via Twitter it seems. Having now capitulated to the mob, his reward will be his continued social evisceration.
Click to expand...
That was a dumb move. Nothing is ever good enough for the twitter Gestapo. Might as well have cut yourself in shark infested water.
Reactions: saltinekracka, Krapalicious, Duallusion and 9 others

drganon said:
Why bother going to the authorities when you can just post accusations on twitter with no evidence.
Click to expand...
And now he is alreagy pronounced guilty on certain forums..
Reactions: Amish Prince and brokenduck

I know I'm always gonna be a minority in this, but I stopped reading as soon as I read she was blaming him for something after she got drunk....I mean, after "he got me blackout drunk"...so I guess he was shoving a bottle down her throat.

I am so tired of hearing these god damn stories where women are not supposed to be held accountable for what they do while drunk, yet men are. That's not EQUALITY if things aren't equal. Fuck off.
Click to expand...
This. so much.
If women want to get taken seriously, they should stop behaving like children and take responsibility for their own actions.
Reactions: Godzilla Emu, hariseldon, NeoIkaruGAF and 4 others

Leyasu said:
And now he is alreagy pronounced guilty on certain forums..
Click to expand...
Resetera: Guilty until proven innocent. Unless it's in the case of Joe Biden or someone else we like. Then due process all the way.

ACESHIGH said:
Expected since he is working on an xbox/PC game. Since Reset era is on Sony's payroll the story is getting some major traction there
Click to expand...
Which game is he working on?

To be honest, these daft women need to be sued.

There’s no crime here. Nothing even approaching substantive allegations. She’s simply slandering him.
Reactions: Replicant_Reaper, saltinekracka, Sleepydays and 16 others

I am livid, shocked and I feel deeply saddened to hear this about Chris and I will always believe accusers no matter what, said no mentally stable person ever.
Reactions: FloatingIslands, Replicant_Reaper, Duallusion and 13 others
K

This shit is getting beyond a joke now. "I want some 15 minutes of fame, let me slander this famous person."
It's never 'billy bob down the street touched my no-no place', it's always some celebrity, supposedly.
Reactions: NeoIkaruGAF, zeioIIDX, SynTha1 and 3 others

I don't believe a single word of the accuser. Fuck that bitch.
Reactions: Godzilla Emu, JoduanER2, mcjmetroid and 7 others

console wars 2020 - participant. Has behaved since

Thanks Chris for making Alpha Protocol. The game is awesome.
Reactions: Gashtronomy and Handel

Isn't this cuck in an arranged marriage? Always see him leading the charge with whatever Resetera is screeching over at the moment. Just a tad hypocritical. I feel bad for that poor woman being forced to marry this clown. Imagine having to deal with a personality like that 24/7.
Reactions: Nizz, OZ9000, GHG and 19 others
B

Looks like the only thing Chris did wrong in this scenario was get involved with this twitter hag.

Cancel Culture is bad. BUT it doesn't mean we just accept shitty people in the things we want to support. I wouldn't want to financially support a lot of artists, whether they are 'canceled' or not (Tekashi 69, Bill Cosby, Woody Allen, for various different reasons)

1. Not supporting games which are made by hundreds of people over ONE person is stupid (same could be said about movies but arguably if the person is a director or lead actor a lot more of 'them' is in it, games are inherently more collaborative in this sense)

2. This guy has not been accused of rape, or assault. Maybe of being a bit of a douchebag? Like a shitty boyfriend or date? Maybe needs to not drink so much? but did her hit her? the girl he ABANDONDED IN A CITY could've just called a fucking cab to get home.

3. It's one person. If he had a laundry list of people accusing him it's different (still... not like what he did was illegal or even 'wrong' morally or ethically... just a bit of a dick from the sounds of it. IF it is true)

This sounds like Azis Ansari all over again.
Reactions: Garnox, Piku_Ringo, sandkiller and 9 others
T