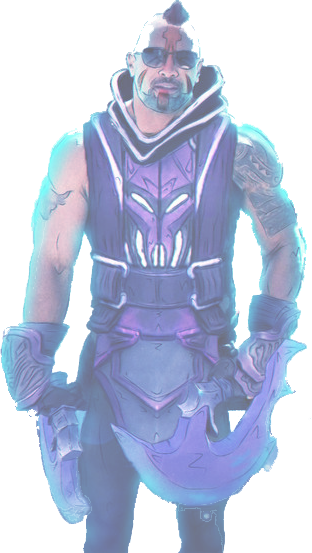 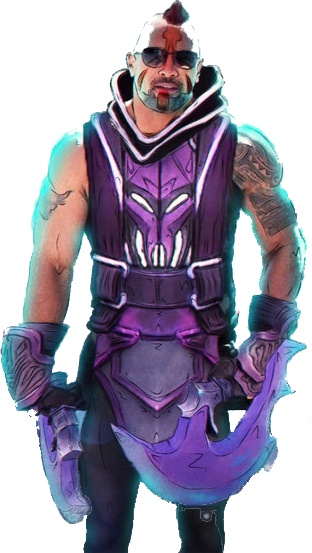 Bull on a Donut

The amount of anime In these OTs is disheartening...
B 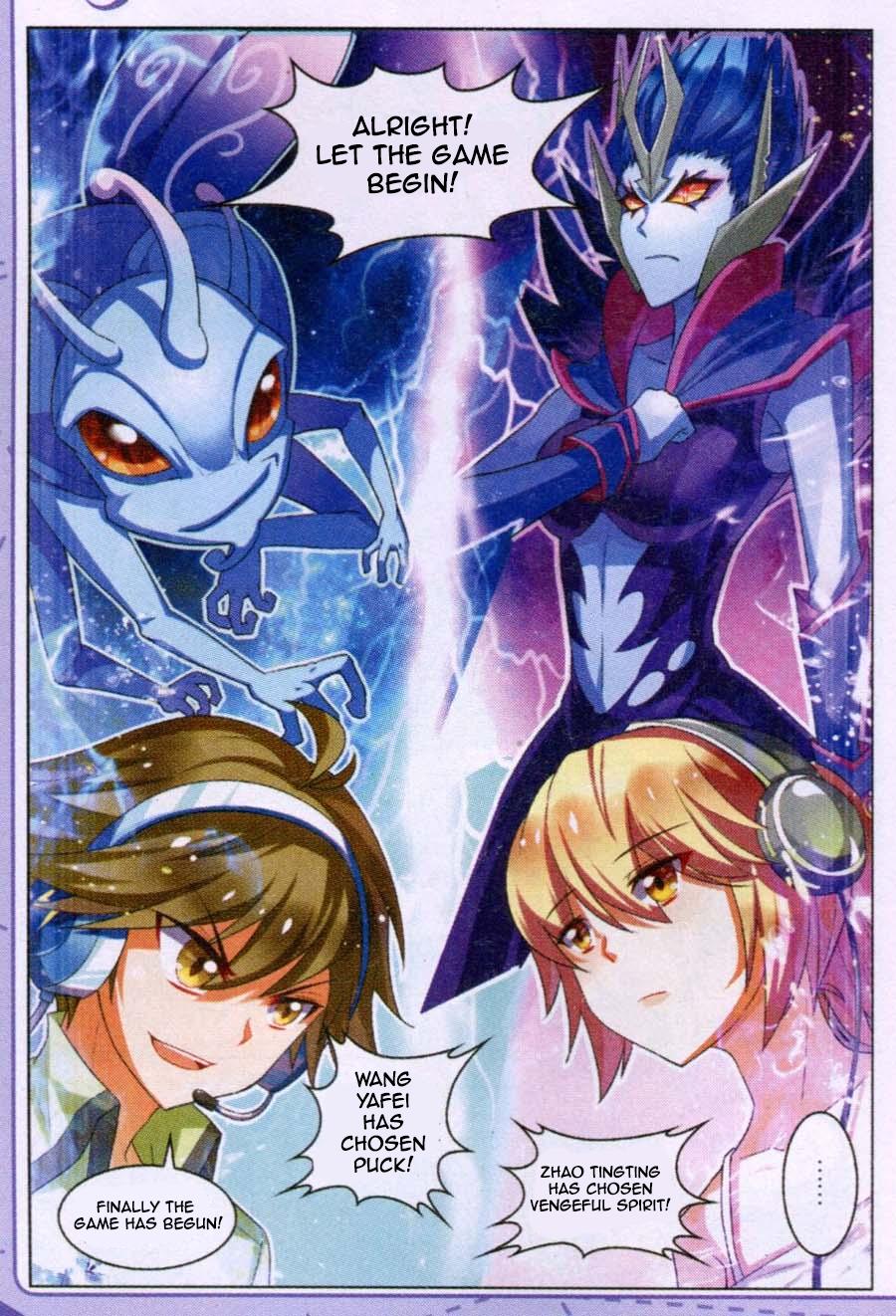 i'm excited to talk about anime with all of you
L

The dream is still alive for my boy Synderen!
G

Is that really the rock? He got slimmer.
M

Synderwin with the fantasy points
D

You forgot this on the OT milk

SnS are usually pretty bad raw damage wise but there is a big selection of status effects they can inflict, and they can use items without sheathing the weapons, making them probably the best support weapon out there. Tehy can also use Blade coatings in Cross

Dual Blades are fast hitting, all offence weapons that specialise in elemental damage. They have zero defence, but a pretty nice dash. You can go in an alternate stance called Demonization where you have a new selection of moves, and charge aup a bar that, when full, lets you turn off demonization and go into Arch Demon mode without draining stamina. They have zero reach though, and require you to be constantly in the monster's grill. They eat through sharpness.

Greatswords are probably the best Weapon. They have unparalelled power and mobility, due to how one of your strongest attacks is the unseathe charge move. Should things get hairy, you can sacrifice sharpness to block a move. Raw pwoer above all else. Great sinergy with many skills like Critical Draw, quick sheathe and Punishing draw. Good reach, but you want to hit with the middle of the sword.

Longswords are the most annoying weapon. They are very combo heavy, and rquire constant agression. As you hit mosnters you charge a bar that when full can allow for a auto combo that, if finished, icnreases the power of your weapon. This can be done up to 3 times, after which you must start from zero. Usually elemental heavy, but they also need a hefty raw. Great reach, but due to how wide it's attacks are you0'll end up tripping your team mates, specially if they are lance users.

Hammer is one of the toughest weapons to use. Since they are blunt weapons, they usually have very little sharpness, especially in the early game. You NEED to be targetting the head, which boosts your damage output massivly and allows you to stun monsters, which nets you and your team like 8 secs of free damage wherever you want. If you hit the body instead you'll build up fatigue, which will slow down the monster. You'll be bouncing a lot, which coupled with the playstyle of always being in the line of fire means you must know the monster's behaviour or you'll eat a lot of damage. Evasion skills are needed unless you play adept style in cross. Best move is the Golfswing which has 6 seconds of setup time. Super Pound is a fine, easier alternative which is both faster and more leaning on the recovery, but you need to chage it before hand and can't combo after. Medium reach and low sharpness consumption.

Hunting Horn is a weaker Hammer in terms of damage but you can buff your team mates. Everyone likes a horn on their team. Infinite Stamina and damage boosts are the best songs, followed by Wind Resistence and Earplugs. Very wierd move set, attacks go in all sorts of directions. Should focus the head. Good reach.

Lance is unrelenting agression coupled with the best defence. One of the most satisfying weapons to learn. Amazing reach, needs good raw and elemental. Tripple stabing, dodging, stabbing again, countering constantly to keep yourself moving forward. Evasion skills are great with this. Eats through sharpness. Good starting weapon. Slow walk speed, backstepping is a better way to mvoe around unless you want to sheathe.

Gunlance has been massively reworked so what I say may not be applicable to Cross. Odd version of the lance. Good defence, nice offence. Blast damage is fixed so tis not reduced by hardness and whatnot, but it eats your sharpness. 3 styles of lance in Normal, Wide and Long. Long boosts Dragonfire, Normal normal shots and Wide charged shots. Also known to knock team mates around.

Switchaxe has two modes, axe mode and longsword mode, both with different walk speed, moveset and transitional combos. Good evasion options, zero defence. Power phials are pretty much the best. Axe mode is a slow weapon with nice flowing combos, Sword mode unleashes the phials for damage/elemental boost and constant aggression. Can unleash a Phial blast for decent damage, but it takes a while to finish. Medium sharpness useage. Best Reach in the game in axe mode, stubbier in sword mdoe. Sword mode doesn't bounce off monsters hard parts, but it still takes a damage and sharpness penalty.

Insect Glaive is a Longsword-style weapon with great, constant combos, but coupled with the mounting ability and the benefit of not tripping your team mates. You need to shoot a bug into the monster to get buffs, otherwise you're very weak. Head and claws usually give red buff, an offensive buff that extends your combos and damage. Back and torso usually gives orange, a defensive buff that gives earplugs and def up. Legs and Wings give White buff, which buffs your movespeed and extends the other buffs. If you have all 3 you enter a special mode where everything is buffed even further. Tails give an optional green buff that heals you a bit. Hard weapon to upgrade. Uses a lot of sharpness, decent reach. Was better in 4 where mounting was OP.

Charge blade has 2 modes, SnS and Axe. SnS mode has the decent offence and lets your charge phials to use in Axe mode. Blocking costs sharpness like the GS. Axe mode has as much reach as SwitchAxe's axe mode, and you can use the phials you stored up to unleash specials mvoes thatd eal stunning or elemental damage. If you have all phials stored up, you can do a super burst to deal even more damage or you can cancel it into a buff that boosts your damage, which is reccomended. This weapon has th best defence in the game known as guard points. If during an attack animation the shield is raised, you will automaticly block the monster move, unless a small burst, and gives you the option to cancel into a superburst. Beyond OP in 4G, it's quite bad now aparently.

LightBowGun focuses on Rapid Firing elemental, status and explosive shots. Real fun to use, even if the aiming is clunky. You need to be eithe rapid firing or shooting status shots, preferably both. You need to make your own ammo if you want the best dps. Boomstick is always fun. Note that gunner armour is very frail and has half the armour value of the blademaster's counterpart.

HeavyBowGun Is all about the raw. Slow weapon, massive dps if you have decent lockdown in Hammers, Mounting, Traps or Status. Pierce are usually the best ammo, but never discount the power of normal shots. Never use pellet. Evasion and Evade extender and grat skills to have to help with the mobility.

Bow is a more unrestrainged ranged weapon. You can coat your arrow with status or damage buffs, but element is bound to the bow itself. Load up and Focus are almost essential skills. Evaision helps too. There's usually only 1 bow worth using in every game. In 4G it was Seregios. In Cross it's Teostra. Never the ebst weapon, but it's fun to use.

Additionally, in Cross you have 4 styles that change how you play the game on top of special hunter arts (basicly super moves)

Aerial sacrifices your roll dodge but gives you a springboard jump siilar to insect glaive, but you need a monster, team mates or a barrel to jump from.

Adept is beyond OP and gives your roll a lot more invincibility frames, puts you in a run state, and allows you to use a few new moves.

Note that all styles apart from guild remove certain moves from your weapon (example, you can't uppercut with the hammer or do a guard point discharge with a charge blade)
K 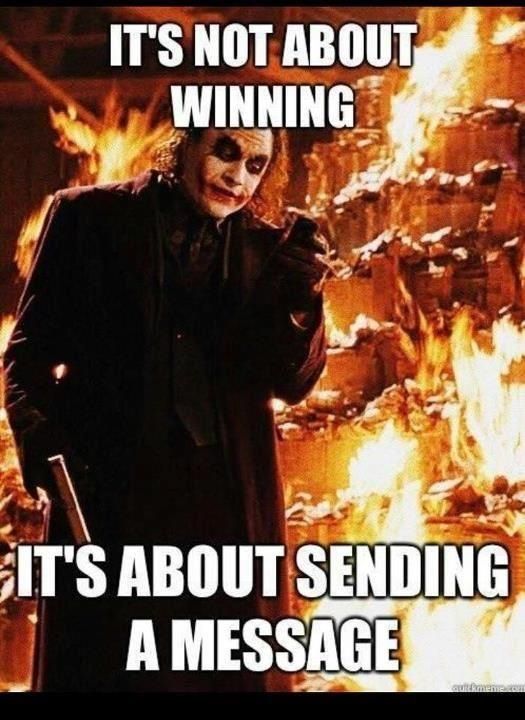 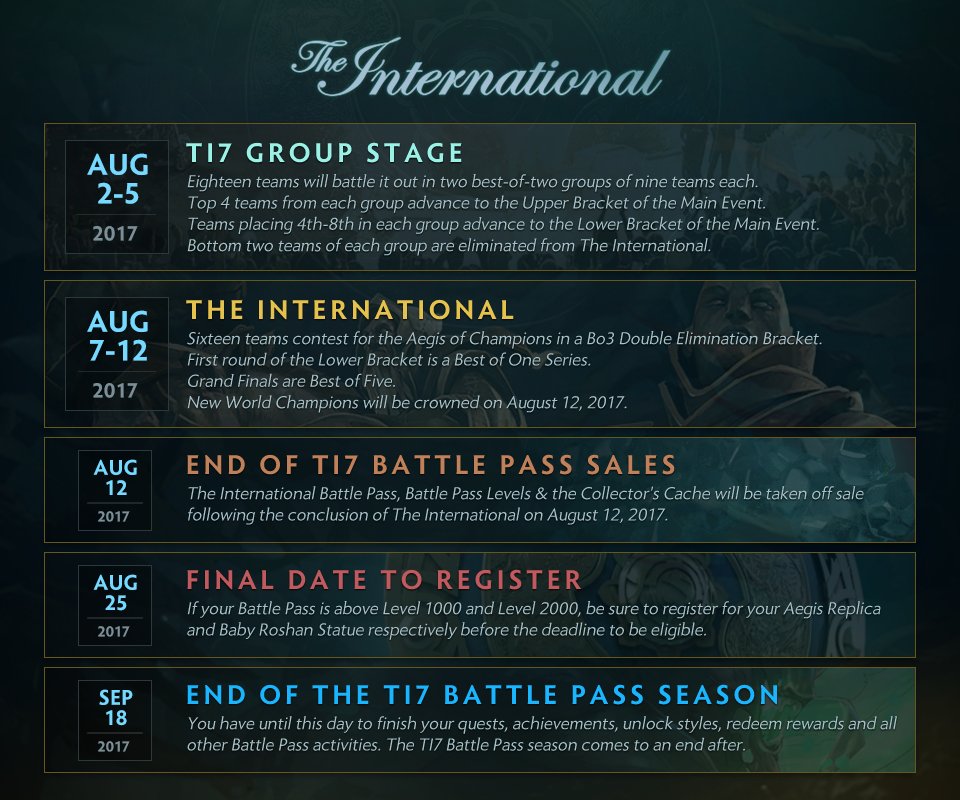 Demoli said:
Hammer is one of the toughest weapons to use. Since they are blunt weapons, they usually have very little sharpness,
Click to expand... 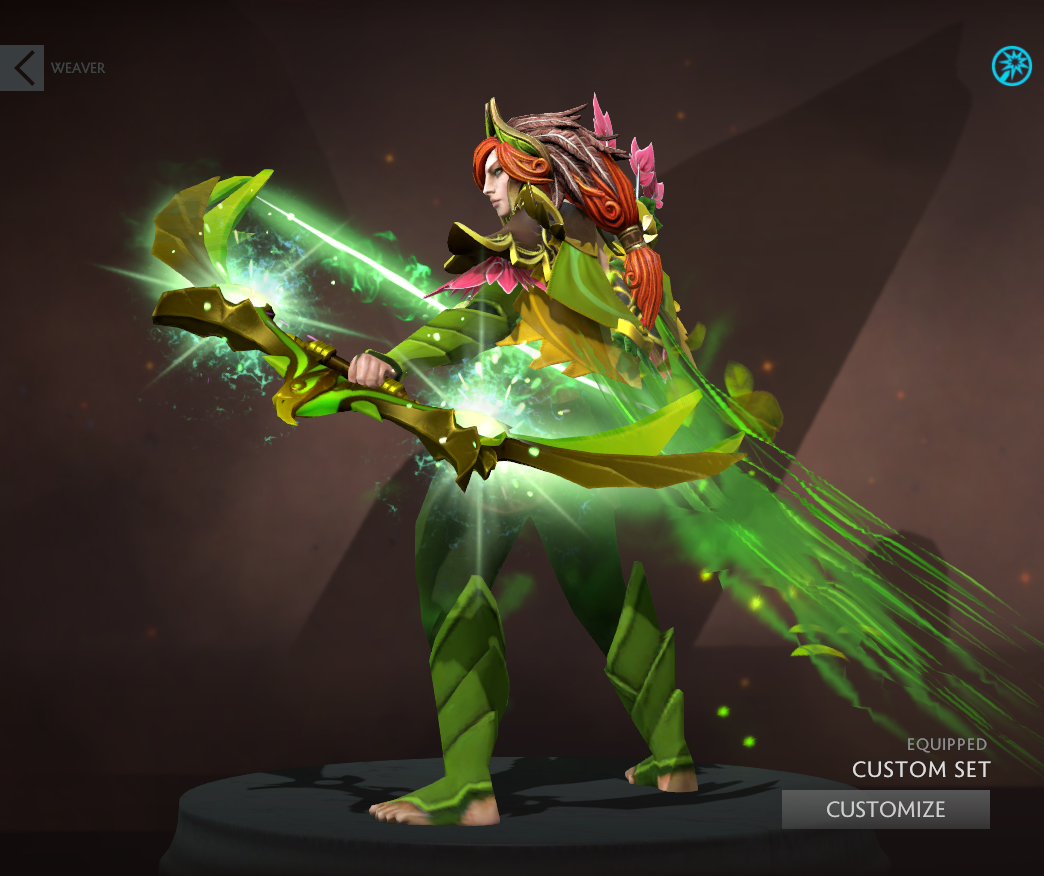 One day I'll be able to afford shoes for her.
X

Haly said:
One day I'll be able to afford shoes for her.
Click to expand... 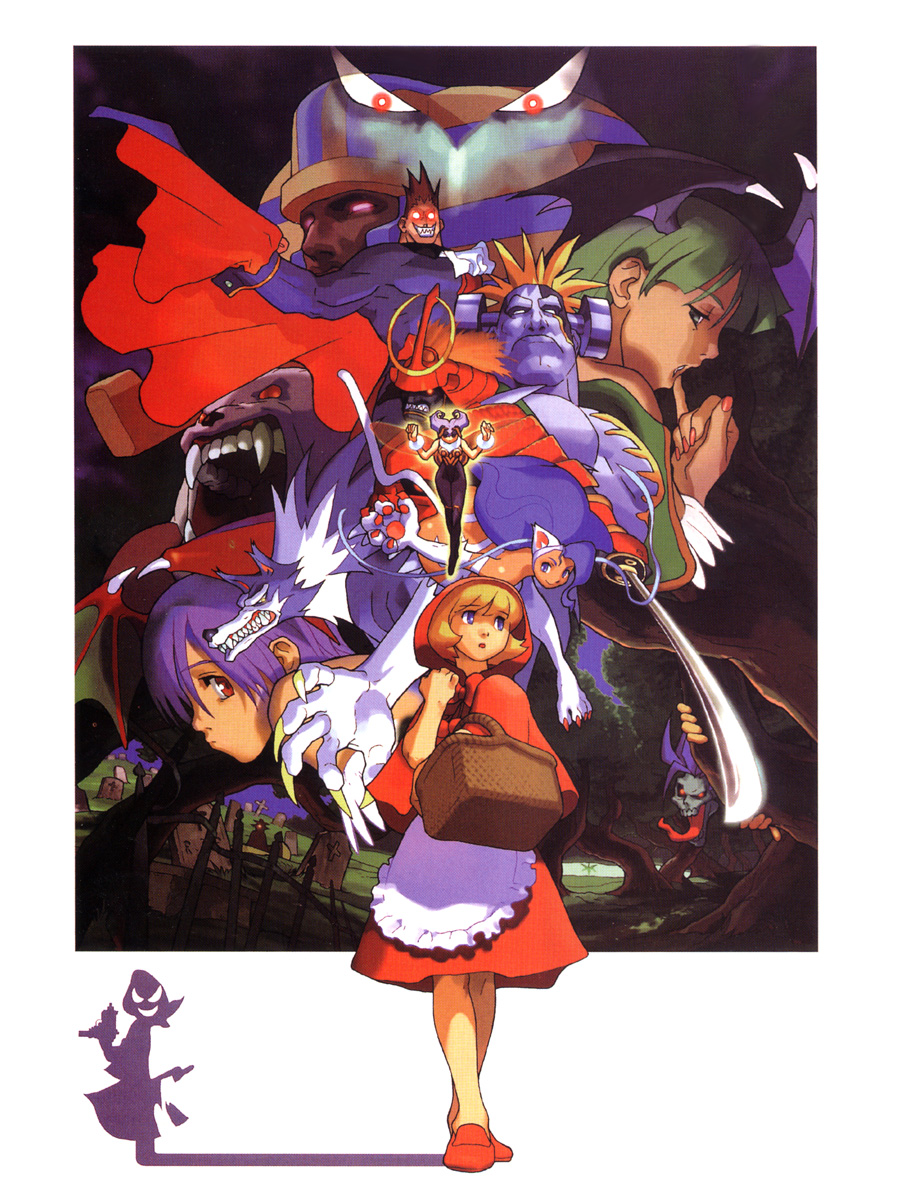 I enjoyed the three episodes of Cowboy Bebop I watched about a year ago. I should go back and resume watching.
L

whiskeystrike said:
I enjoyed the three episodes of Cowboy Bebop I watched about a year ago. I should go back and resume watching.
Click to expand...

yea you should
R

Goddamnit I've missed predictions on the last 4 games. :/ WHY MUST I BE DISTRACTED BY ACTUAL WORK.

Holy shit, Abed is GODLIKE on Meepo. Such a strong performance, and super happy to see the little shit picked. Love me some meeps.
N

shira said:
Meepo 1st/respect banned every game
Better let him through on game 3
Click to expand...

Hopefully we won't see Nahaz on screen for the rest of the tournament.
G

rtz is a wEEb

i rather this be a furry thread then anime
N

Sigismundo said:
Hopefully we won't see Nahaz on screen for the rest of the tournament.
Click to expand...

I can only imagine he played a part in coL's bad picks. "You guys have a 3-1 record against Meepo, just let Abed have it, you can handle it!" (not sure what their actual record against Meepo's is, but Abed is the best Meepo player in the world and banning Void/Mirana rather than Meepo/Mirana fucked them).

EDIT: LoL. coL was actually 0-2 in the last 3 months against Meepo going into that match.
A

posting anime is good luck for the thread
S

save us one oh nein
D

I had shadow demon as most picked, but he's been getting banned hard. If the pace continues into the main series, it'll be ogre magi. As he doesn't have a chance of being banned unlike mirana.
G

Skittles said:
I had shadow demon as most picked, but he's been getting banned hard. If the pace continues into the main series, it'll be ogre magi. As he doesn't have a chance of being banned unlike mirana.
Click to expand...

Only seen wild cards so far. Heroes will change up a lot when tier 1 teams are playing.
W

This Fantasy Challenge shite is just fucked isn't it. Neither my silver Era or my gold Synderen have any points for GPM. My score for the day is showing up as "-1.#R"

These short videos are awesome.
Q

woke up to find out col is out and escape is through
what the fuck :O
D

MILK, I AM DISGUST.
L

Qvoth said:
woke up to find out col is out and escape is through
what the fuck :O
Click to expand...

As someone who watched like 4 of coL's matches and is a fan of theirs--they didn't deserve to advance. I was certain they would make it through going into this tournament, but Escape played really well and after a slight scare Ehome really stepped it up.
U

fantasy challenge is still broken for me. it won't add up the scores correctly and says i'm #1 in the world with 705.36.

Time to recycle my whole Execration team cards boiz.
You must log in or register to reply here.

Doczu replied
Apr 20, 2022
PS Plus most popular gaming service in US. Followed by Amazon Luna in 2nd, and Xbox Gamepass in 3rd.
2 3