Zen_Arcade said:
It's not that big of one. Plenty of popular games have extremely generic covers.

I never said it was a great cover, I'm just saying people are being hyperbolic about how bad it is.
Click to expand...
Well yeah, I mean... it's DOOM. It's gonna get attention. It's one of gaming's most legendary franchises. There's a lot to live up to.
D

I demand more photoshops especially with Samus
A

Kagoshima_Luke said:
OK. Who's in charge of whipping up an alternate cover for this by May?
Click to expand...
Need more artwork.

Someone do a box art from this screen cap off the trailer, better than the official boxart. 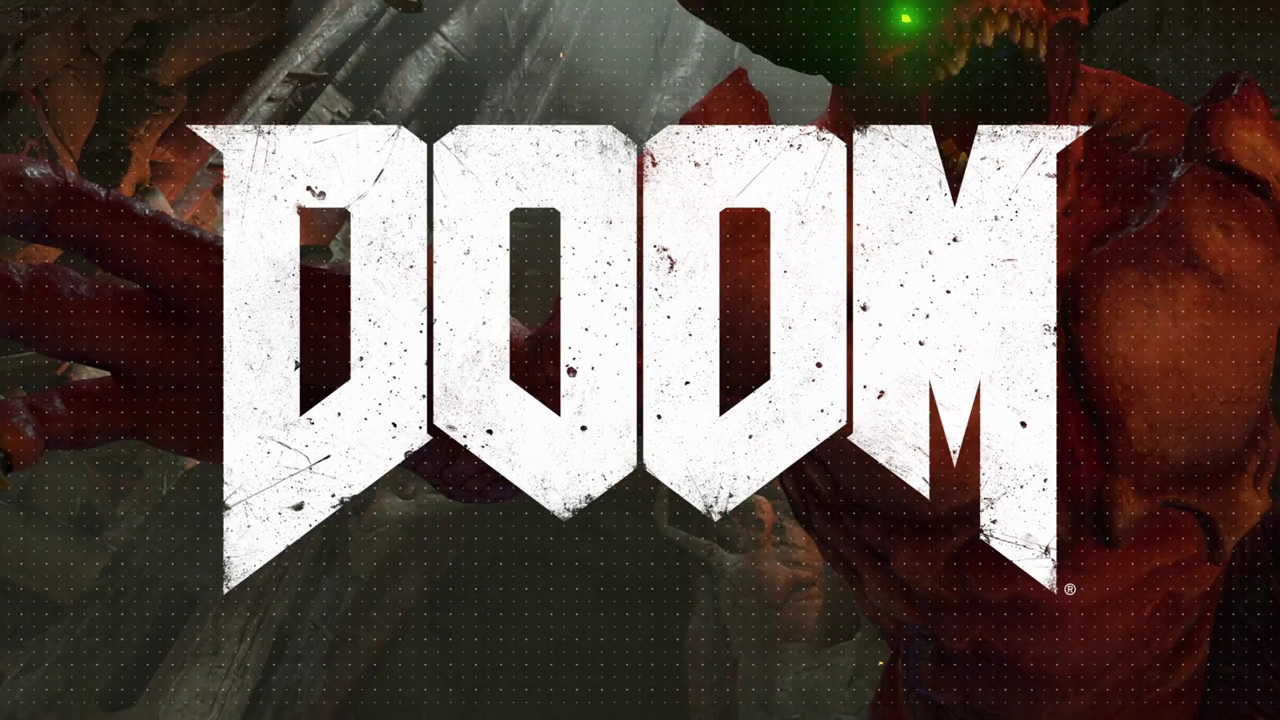 Click to expand...
More demons and you got it
M 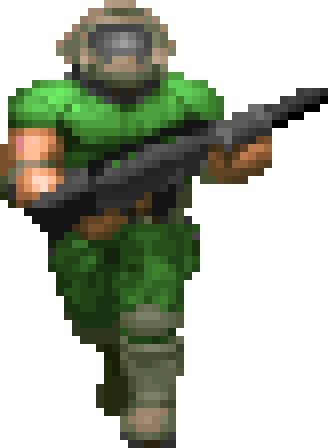 Not too bad, for memory.
Z

I think the word alone with an atmospheric black background would be awesome! Less can sometimes be more. It's not bad, but not great either.
B

Like every other box art with a generic soldier space marine with gun on the cover.
F 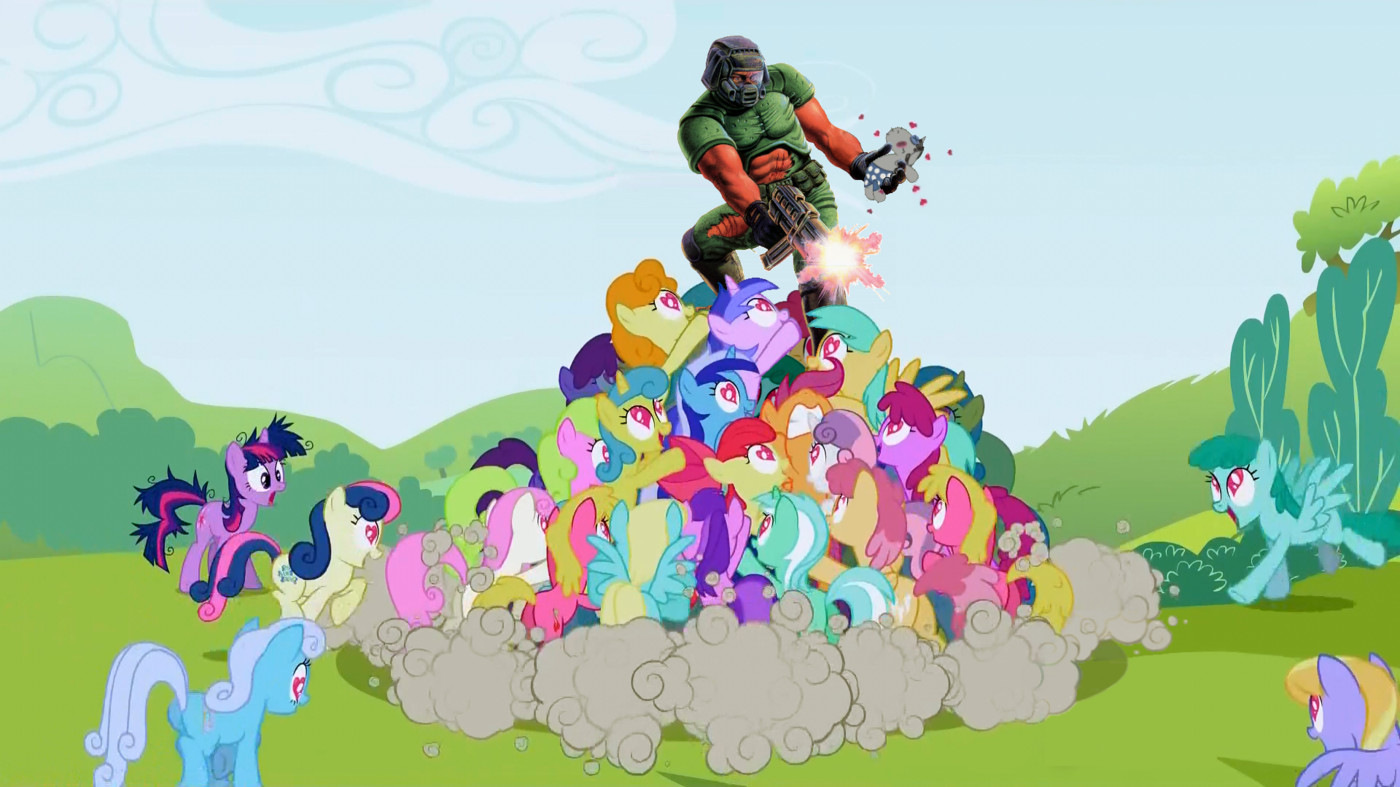 BeforeU said:
dat Spartan helmet from Halo
Click to expand...
The doom guy wearing a helmet predates halo by quite a bit.
M

DaveOshry said:
I demand more photoshops especially with Samus
Click to expand...
There was one by 8-bit Sunset, but yes more would be nice. 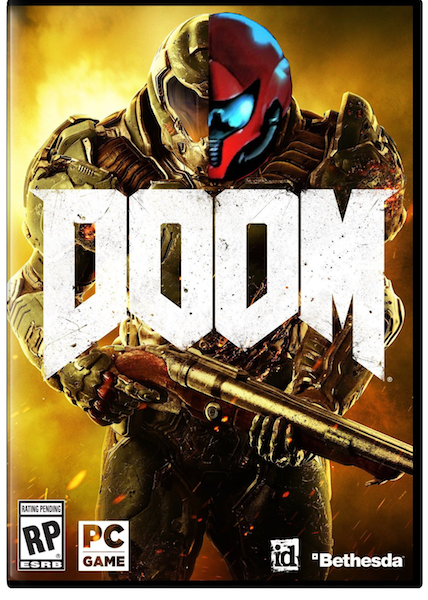 Fancy Clown said:
looks like master chief had one too many happy meals
Click to expand...
Exactly this, I had the same thought.
X

I guess John really was the demons.

JumpCancel said:
I didn't know Master Chief was in DOOM.
Click to expand...
My thoughts exactly.

Boo Boo'n said:
brooding big guy walking away from the bad times.
Click to expand...
Actually that could be a toddler. There is nothing in the image to nail down how large/small anything is. Certainly that looks like a shotgun but it could be any gauge whatsoever.
M

It doesn't offend me, it just seems pretty standard.

Then again, I have no nostalgia or experience with DOOM, so I think I understand where some of the vitriol is coming from, since this it seems like this series has significant meaning with people here.

this thread is amazing
R 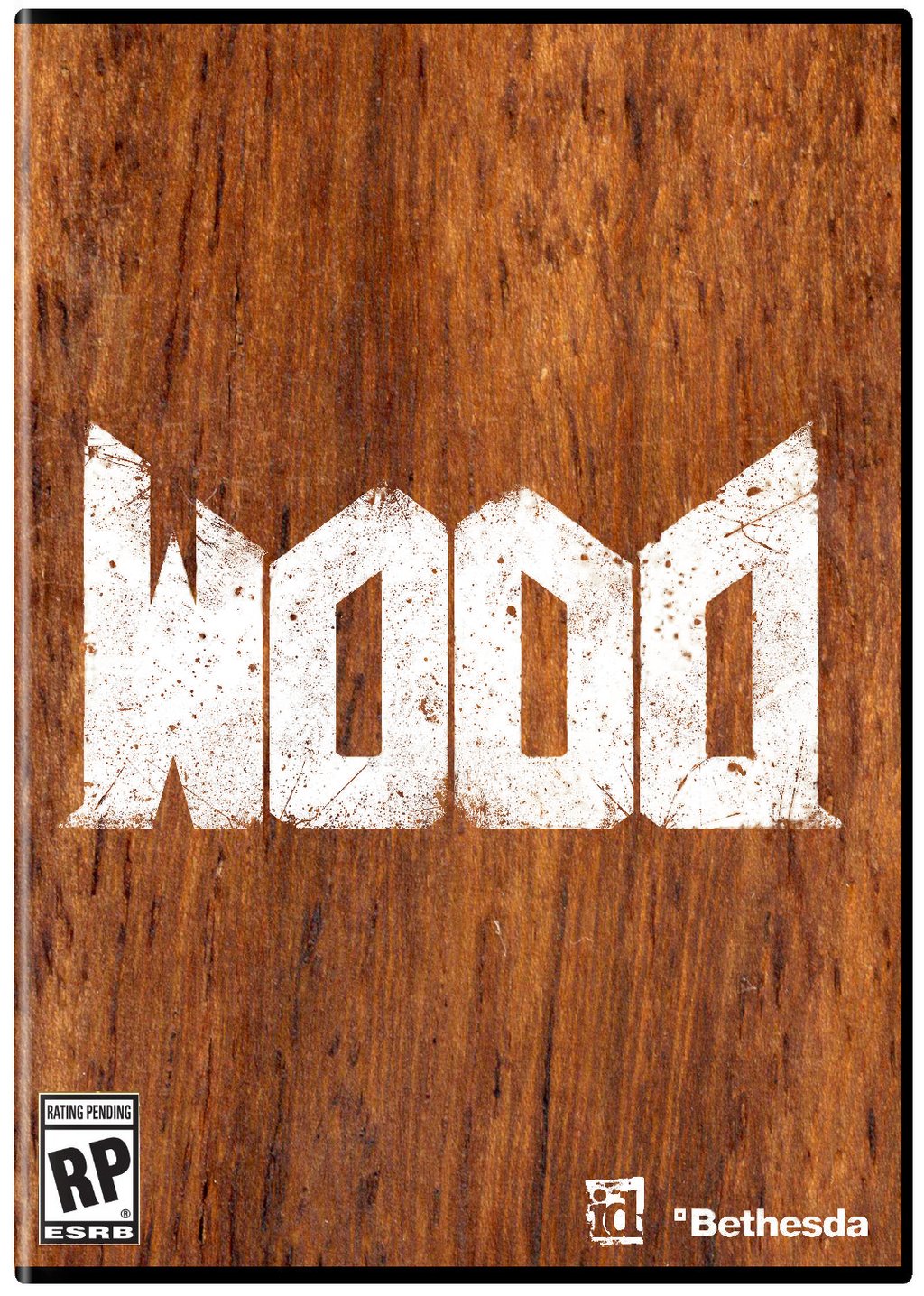 Click to expand...
Already posted?
Edit: Not mine, but relevant.

So's the wood one!
F

Retro said:
Already posted?
Click to expand...
not yet no, you win
H

Looks fine to me
R

fluxanimator said:
not yet no, you win
Click to expand...
I wish I could take credit, but it's not mine =p
S

On the "dudebro walking toward viewer w/gun" spectrum, it's toward the good end.
T

Remove the DOOM logo and you'd hardly guess it's the cover of a Doom game.
P

Retro said:
Already posted?
Edit: Not mine, but relevant.
Click to expand...
Shit if I saw this in a store I'd buy it.

I like it idk what your talking about.
D

Original DooM guy has a grey visor, you can also check Quake 3 for his armor colours.
Phobos was a better looking marine in quake 3
L

Bayonetta said:
At this point even this looks better. 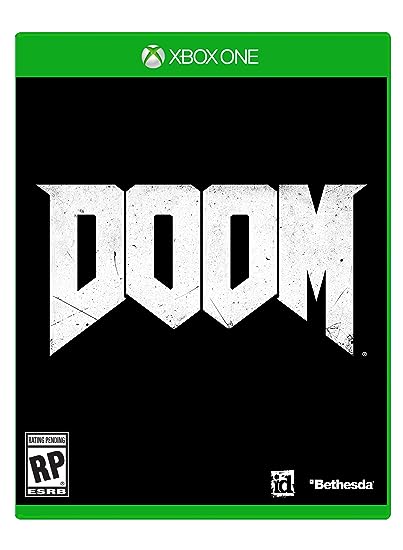 Click to expand...
To be honest, at this point the Doom franchise is so well known, distinctive and iconic this box-art would be plenty good. The name sells itself, no need for anything else.

It's like how all you need is the Batman icon for people to know something badass is coming, same applies to the Doom logo.

EatinOlives said:
Agreed. Generic boxarts are a dime a dozen ... but the reason why it's especially bad for Doom is that Beth/id's been trying to market the game as a return to form. That's not to say it needs to have the exact same aesthetic, but at the very least it needs to look and feel inspired. They're definitely trying to get away from the reputation that Doom 3 left (a much more generic shooting experience).
Click to expand...
Right, it is just box art, and at the end of the day it doesn't matter a whiff what's on the box as long as what's in the box is awesome...

But great games tend to get all the details right, up and down the line. When the box is bad, you wonder what else the producer didn't care about.

(*There are exceptions, of course; Ico and Mega Man for instance have boxes so bad they've required fans to campaign to get the word out about the quality of the actual game. Do note though that in both of those cases, it was the outside publisher putting its interpretation of branding on the product once handed something they needed to market, whereas nowadays the keyart is drafted as part of the production and sometimes even comes from the in-house design team; the guys who make the game are a part of deciding what image will represent their game.)

Mostly, who cares. But after following the travails of Doom 4 for 8 years now, it sadly did not surprise me to see the game going to market with a cover so generic and lifeless and tired. Every single indicator big or small has whispered, "Don't get your hopes up."

Retro said:
Already posted?
Edit: Not mine, but relevant.
Click to expand...
I wonder if they kept the splintering in when you blow up an enemy chair.
T

Life is too short to care about box art. I'm dowloading this from Steam.
D 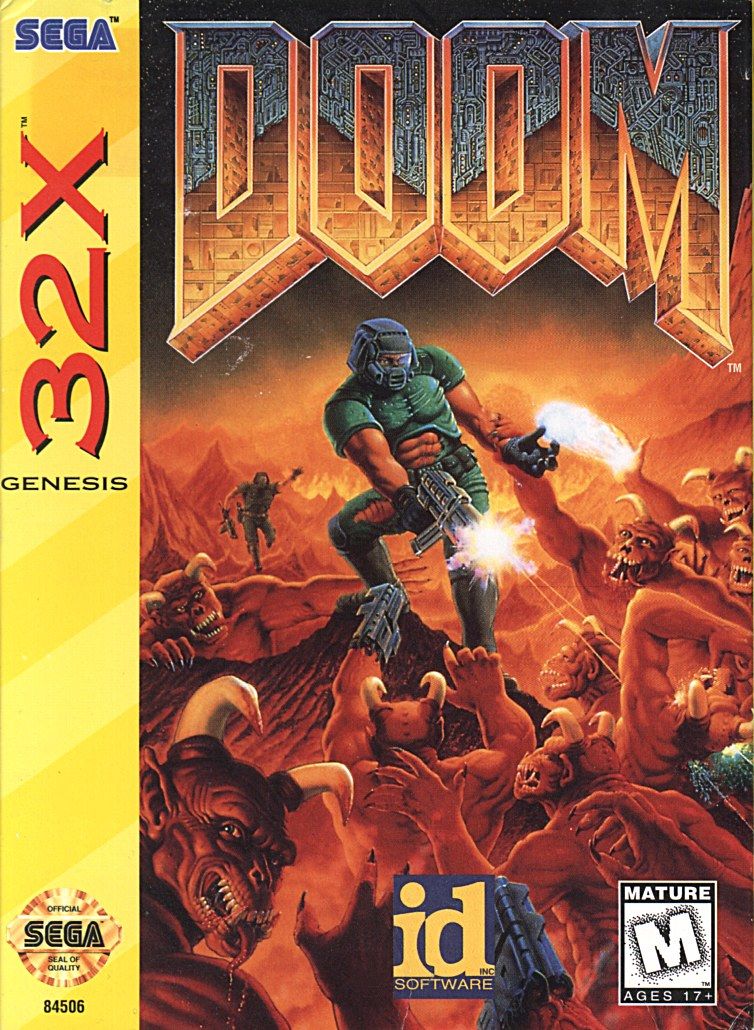 It's cover art and I probably won't ever see it since I buy digitally.
T

It looks fresh and undoubtedly stands out from the crowd

It's boring and does not gives the feeling of a Doom game , if you erase the Doom name you won't have a clue about what game is.

Just put DOOM letters on its red color and you have a better cover.
A

I don't get the obsession over the 90's art design. I don't want that. Any of that.

I'm not crazy over the new Doom's box art, but I surely don't hate it as much as you folks. It could be better, but the thing I absolutely don't want is 90's styled box art.
F

I never noticed that one legged guy in the original's box art in the background. I must know who he is!
J

antitrop said:
Well yeah, I mean... it's DOOM. It's gonna get attention. It's one of gaming's most legendary franchises. There's a lot to live up to.
Click to expand...
All the Doom games have terrible cover art so not really.
E

JoseLopez said:
It's cover art and I probably won't ever see it since I buy digitally.
Click to expand...
If you are on PS4, isn't the cover art the main art in the UI?
X

Experien said:
If you are on PS4, isn't the cover art the main art in the UI?
Click to expand...
No.
Z

JoseLopez said:
All the Doom games have terrible cover art so not really.
Click to expand...
very hot take
X

This is the game I instantly thought the dude on the cover should be in: 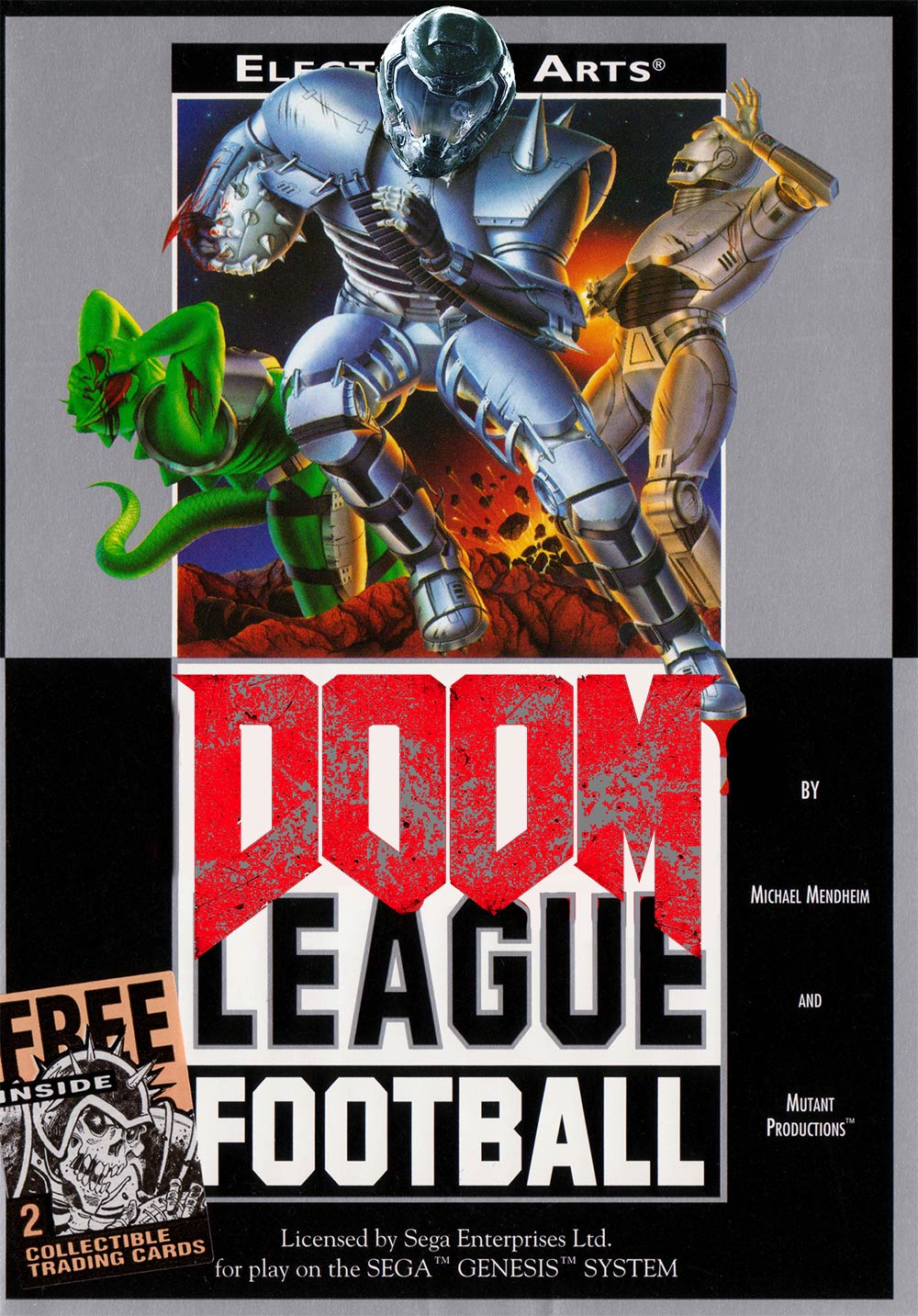