I think there should be a Sony fighter and not a Smash Bros copy. More like Dragonball Fighterz - an accessible 2D fighter

And there should be the Marvel characters Sony has made games with. So Spiderman, Ironman and Wolverine.

Doom85 said:
Namco called Soul Calibur 6 a success, and it’s sales were well above 5 so it was hardly a flop.
Click to expand...

Oh really. I had no idea as no one really talked about that game much. If that's the case then forget my Soul Calibur X PlayStation idea. I still would like the next Soul Calibur to have more than 1 guest character. Perhaps a Soul Calibur 7 special guest characters should be from Dark Souls series, after all there won't be licensing problems as Namco own the Dark Souls IP

Personally, I can think of many other "vs" titles I'd rather see.

Playstation has some cool characters, but I feel like only a few really "hit" that spot.
Last edited: Sep 19, 2021

Who would develop it?

T0minator said:
Yea well PlayStation All-stars is from the PS3 era and that was awhile ago

They tried it and it didn't do well. But the character line up especially now would be great. They have enough variety more than even Nintendo. Nintendo has done a great job getting everyone from even just a few franchises...Sony could do the same.
Here comes the list: 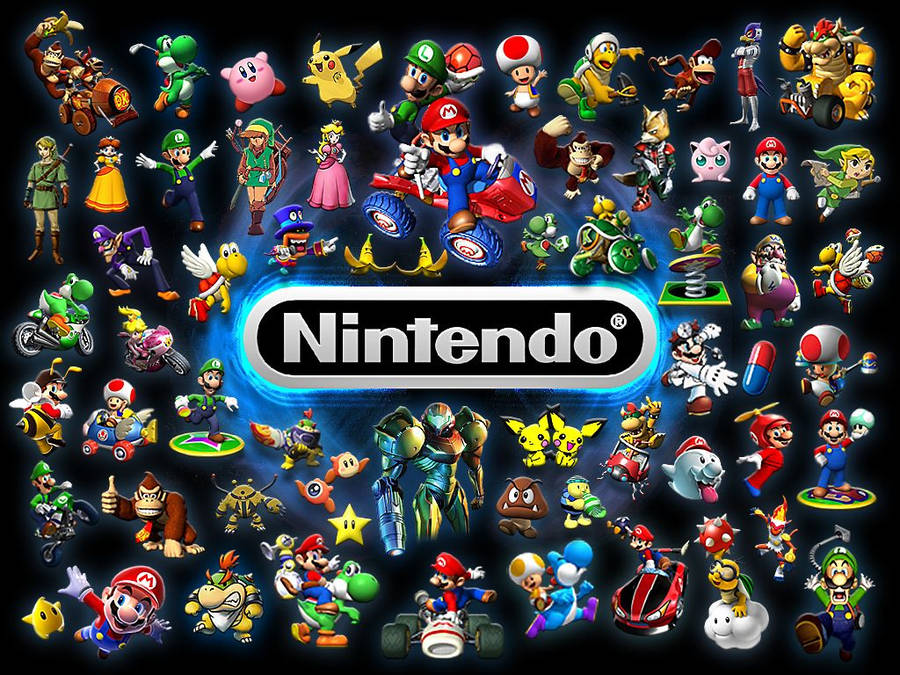 Sony has more varied art styles...there's definitely more variety... They're both great in their own ways though 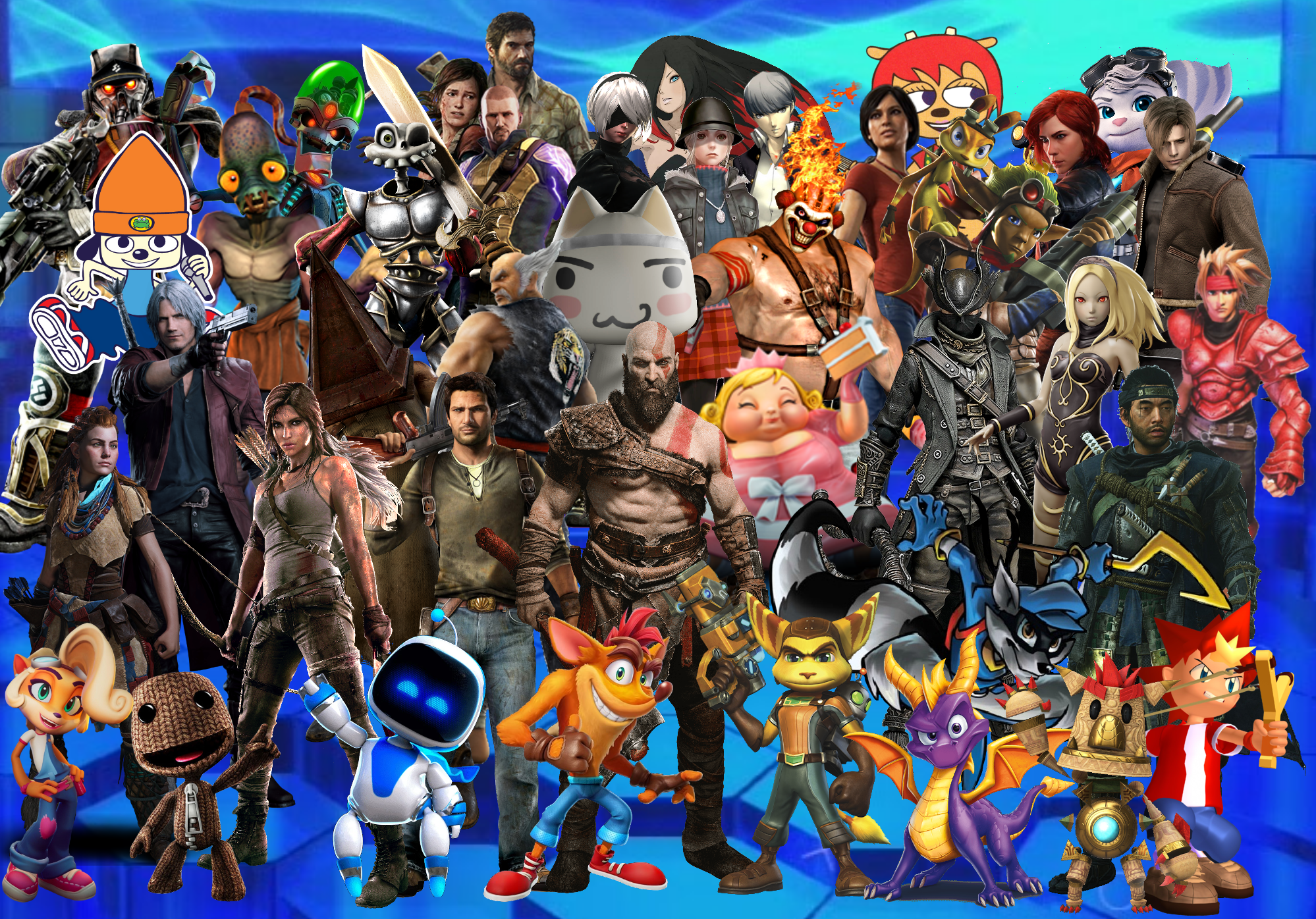 I would try it but I prefer guest characters from Marvel like Spidey, No need for full versus.

I think what we really need is Capcom vs Capcom, without any of the Marvel licensing issues.

But it would work with Microsoft though, with such household names like Blinx the Time Sweeper

Celcius said:
I think what we really need is Capcom vs Capcom, without any of the Marvel licensing issues.
Click to expand...

What about Capcom vs Inafune?
V

No. PlayStation Battle Royale was a crap, and I think we already have enough Marvel games.
Last edited: Sep 20, 2021
C

Sony has some amazing IP, but few of their characters would meld well into a single fighting game. PSABR was pretty surreal for this reason (though I don't think that's necessarily why it bombed). You'd have a few strong candidates, but nowhere near enough to match the stable of characters that either Disney or Capcom can bring to the table, IMO.

Sure, there's the PSABR cast, but that was already a pretty thin roster. Plus, some of their best fighting-style characters have been left by the wayside since then. Kat from Gravity Rush, for example, could have been an amazing guest fighter in just about any series.

EDIT: Thinking about it, a Sony shared world hero shooter would work way better than a fighting game--Aloy v. Drake v. Ellie v. Rachet with Kratos running around tearing anyone he can get his hands on to shreds. They should also just have a straight-up car character to represent GT. Lol. The problem would be in choosing which style of aiming/combat would reign supreme.
Last edited: Sep 20, 2021

I would rather see PlayStation All-Stars Battle Royale 2, and improve upon what the first game gave us. While the first one wasn't great, I can see some potential here.

Playstation all stars with marvel characters

The only VS game we need is another Capcom VS SNK.

PhaseJump said:
The only VS game we need is another Capcom VS SNK.
Click to expand...

A man of true taste.

T0minator said:
It wasn't a joke lol
seriously if you have Nintendo characters together they all have similar art styles and and fit within one game easily

Sony has more varied art styles...there's definitely more variety... They're both great in their own ways though

Why are Leon (from Resident Evil) and Dante (from Devil May Cry) on this picture? They're Capcom properties, not Sony ones.

Marvel Vs Playstation(anime they have)? hell yeah.

InfiniteCombo said:
Why are Leon (from Resident Evil) and Dante (from Devil May Cry) on this picture? They're Capcom properties, not Sony ones.
Click to expand...

The pic is just to get an idea of the amount of variety vs Nintendo characters. In the Nintendo pic there's like 10 Mario's lol but there just isn't as much variety in Nintendo's characters. 3rd party wise PlayStation has alot of games they would consider home line Resident Evil and Devils May Cry though

Marvel vs Dc yes. More marvel vs Capcom yes but not marvel vs PlayStation , just no

We? Talk about being a nutcase.

Capcom is not good in their minds in terms of doing Capcom vs [Insert the name of franchise].

And no, I certainly don't need that. This is your desire, not mine.


j0hnnix said:
What would be Abby's super move?
Click to expand...

Draw a card with Problematic/Homophobic written on it, instantly killing everyone.
Last edited: Sep 20, 2021

If enough people want it, them maybe they’ll make it.

For me, even though I *love* the Vs games from Capcom, it’d be hard pass, though.
You must log in or register to reply here.