What was your most played platform in 2020?

Wanted to take Neogaf's pulse for this year and see what the community mostly played on in 2020. I'm guessing for a lot of us, this year had us playing a lot more than in previous yers thanks to the pandemic. If you split your time evenly on more than one platform, just pick the one you felt you had the best experiences in.

PS4, followed closely by Switch. Didn’t do much PC/Xbox gaming.

It’s looking like XSX will be my most played in 2021 as I plan to play a bunch of Gamepass games during the slow first year of next gen.
J

sold my Playstation 4 + Switch way back at the start of the year.
S

Off-topic. I have a Series X that's plugged in...but not really much to play except back compat games. Did you know that the fan still blows even if turned off for days at a time. There's a cool and silent breeze coming from the system at all times.
Last edited: Dec 31, 2020

Between Forkbutt, 3rd party games and Call of Duty 175 GB it's definitely PS4 Pro. I played a bunch of games on Switch and PC but PS4 definitely is where I played the most.

The Time Of Mario

PC, followed by Nintendo and then Playstation/Xbox.

PC by far... it was my only system until I got a ps5
Reactions: Tickle My Tendies

Switch, I play alot of RPGs and being able to continue playing in handheld really ups my playtime. Lots of dragon quest 11, dragons dogma, skyrim, bloodstained, fire emblem, and xenoblade.

I also played a fair amount of project cars2 on ps4 pro and like 80 hours of the trails in the sky series on PC.

PC then PS (thanks to Vita not you PS4) and then Nintendo Switch(which I've played even more than the PS4)
Reactions: Tickle My Tendies

PC, but if PS4/PS5 was an option that would have won. I have had my PS5 on non-stop since I got it. I'm always playing it.

Xbox One, as usual. It's been pretty even in purchases between Xbox One and PS4 this year, but I've been playing a lot of older games too. Forza Horizon 4 and Yooka-Laylee and the Impossible Lair are still spinning in my Xbox on a weekly basis.
Last edited: Dec 31, 2020 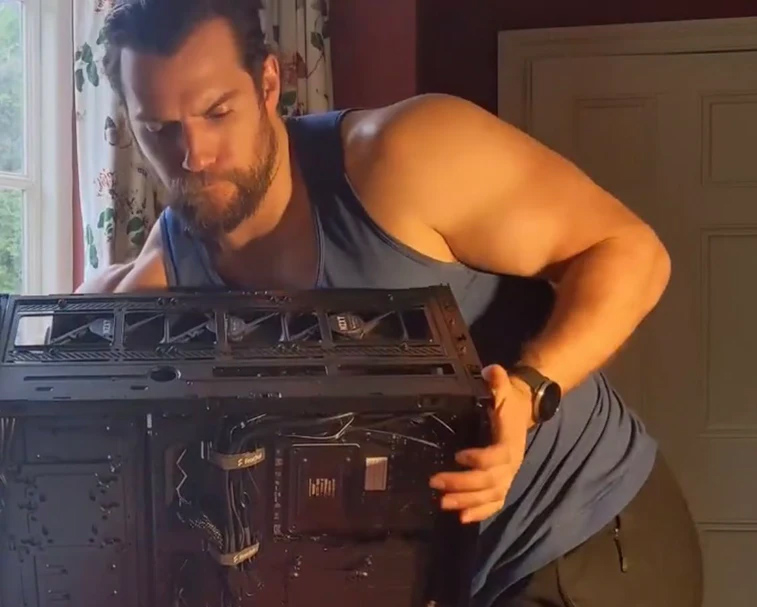 PS4 Pro by a wide margin.

Got a Series X on launch though and the BC mode has kept me busy, haven't turned on my PS4 since.

Primarily PS4Pro/PS5 then PC. Little love for the Switch this year since I didn't do any traveling after March. Plenty of great Switch games on the shelf right now but I've decided to work more on that PS4 backlog while I can. 2019 it would be Switch and PC.

PC by a huge margin with probably a tie between BC games on One X and a few exclusives and some of the exclusives on PS4(Ghost of Tsushima, TLOU2 and Day's Gone)
Last edited: Dec 31, 2020

PC by far, followed by PS4 (Persona 5R), then the 3DS and lastly the Switch.

Numbers from my ass:

PS4, Pro. Its my main platform. Just got PSVR a few months ago too, Whew....lol.

XBO, PC about evenly split for 2nd place. Play Anywhere is a great thing. About to fire up Crack Down 3 now on PC.

Last few years was Switch, but 2020 it was mostly PS4. Now that I have PS5, playing games on Switch is extra rough with the load times, low resolution and framerates for most games.
Reactions: TintoConCasera

38 Platinums. Pretty sure I'll never do that number ever again.

My number of games beaten on each platform broken down...

Switch, followed by PS4 and now PS5. 2021 will probably favor the PS5 but the Switch will not be far off since it's portable and I travel quite a lot.

PS4..it is my only platform though.

PC by a long stretch though the Switch was put through its paces, especially last month. My PS4 probably gathered another inch of dust, might fuck it off into the attic with the Christmas decorations next week.

PC as always. Switch gobbled up a decent amount of my time as well.

Switch and it wasn't even close! PC by an enormous margin, then the Switch. The two are about the best match you can have with PC covering 95% of the games I care about and Nintendo's exclusives filling up most of the remaining 5%. All my other consoles have been mostly sitting idle since 2016 and I have no intention of replacing them with new ones just to do the same.

I don't even own a PS4 anymore; I gave my PS4 Pro to a family member over a year ago, having played all the games I wanted on it (played Uncharted 4, Last of Us Remastered, God of War, etc.).
B

Between selling my GTX 1080 in April or so and getting my RTX 3080 to replace it in November, I was mainly playing on PS4. I bought a lot of PS4 games I now wish I had bought for PC, like a lot of Assassin's Creed games during the Ubisoft sale earlier this year. Spent like a hundred Euro, and now that my PC is back in business, I'll probably never play them. Not helping is this hesitation of mine of continuing to play on a console generation when the next generation is already there. It was the same when the PS4 came out; I LOVED the PS3, and after the PS4 was here, suddenly the PS3 in my mind was this useless old piece of crap I'd never use again. That's why I should probably stick to PC in the future. In fact, I've bought my son a PS5 with Miles Morales, and haven't even touched it myself. I've got my PS4 Pro and Xbox One S in the bedroom, and there they'll be backlog and Gamepass machines.
T

PC. Hell I barely touch my ps4 pro at all. Played more PS5 than PS4 lol

PC, with the XB1 and Switch tied for second. I also played my various mini emulator systems from time to time.

For me, the last two years have been dominated by the Switch, a console I feared would flop.

Second has to be PC.

PC by a pretty large margin, followed by PS4 Pro / Switch. My time was pretty evenly split on my consoles, so I don't think I played one more than the other.

First 3/4 of the year switch. Then build a new gaming rig to offset not being lucky enough to snag ps5 on pre order (and all the other times scalpers took it from my cart.) so last 3 months have been 90% pc. My ps4 hasn't been touched since ghost of tushima. It raises the room temp 15 degrees and sounds like a spaceship launching.

Probably PS4 but Switch kept it close with Animal Crossing.

PC. The same platform that has been my most played every year since 1995.
Reactions: GaviotaGrande
You must log in or register to reply here.

Business Analysis Sales-Age Games and interactive media earnings rose 12% to $139.9B in 2020

Jan 6, 2021 started IbizaPocholo
Feb 4, 2021
D.Final
Business Sales-Age Platform Nintendo Switch surpasses the million and a half units sold in Spain and is once again the most shipped console of the year