The Xbox One sold better than the PlayStation 4 in September, according to Wedbush Morgan analyst Michael Pachter. He is estimating that Microsoft sold 325,000 new Xbox Ones at U.S. retailers last month while Sony sold 250,000 PS4s. This is notable because Sony&#8217;s system has sold better than Microsoft&#8217;s in nearly every month since each gaming device launched in November. September is also when Activision launched its blockbuster sci-fi shooter Destiny, which Sony helped market as a PS4 game even though it is also available on Xbox One and the older systems. Both corporations are locked in a battle in the console-gaming sector, which is worth billions of dollars in the U.S. alone.

&#8220;We expect Xbox One sales to exceed those of the PS4 for only the second month since launch,&#8221; Pachter said in a note to investors.

These Wedbush numbers are just a prediction, and we should learn if they are accurate this Thursday when industry-tracking firm The NPD Group reveals its sales data for the month of September.
Click to expand... 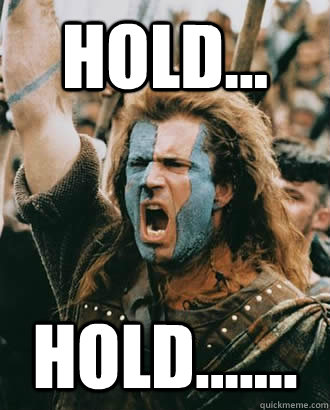 He's simply high, its the only explanation
E

Well that would definitely be good for Microsoft if that's the case.
I

Consumer's caught wind of the first class treatment, finally. When you think Xbox, you think luxury and elegance.
R

Congrats on the win this month PS4!

MS ran that get a free game with every purchase promo in September, right?
U

Well, that prediction is definitely not in line with GAF's. I'm skeptical.
D

What....what is his reasoning for that prediction?
J

Graphics Horse said:
Bracing for when someone inevitably makes a thread on Pachter's numbers once some sites start regurgitating this.
Click to expand...

Pachter has finally outed himself as ioi.
M

Well we shall wait until Thursday
C

September? The launch month of Destiny?

Maybe he is high
P

i wish i got paid to spout BS like him
S

I wonder how many of those are people buying a second system. Either way, there's no denying Sony messed up this year with putting their marketing behind a third party game while Microsoft has stuff like MCC, Forza Horizon 2, and Sunset Overdrive that are at least getting some kind of buzz as exclusives. And I imagine DriveClub's reviews didn't help matters any. I would think that's what he's basing it off of, but we'll know when the actual numbers get out.
S

I find this exceptionally hard to believe...
D

So that confirms that PS4 won. Seriously, if he's right then I don't even
C

They were closer than expected in August sales, right? That would make this plausible.
M

Man, the meltdowns. I would like him to be right just to see them.
K

Wait... what the hell am I reading?
X


RyosukeTH said:
Man, the meltdowns. I would like him to be right just to see them.
Click to expand...

They would be fantastic. The shift is happening!
M

misleading title is misleading.
B

By 75k, that is quite a thingamajinga.
C

I doubt it. Could be close though.
C

September?? What is he high? Did he forget about Destiny and how it boosted PS4 sales?
F

Impeccable said:
Consumer's caught wind of the first class treatment, finally. When you think Xbox, you think luxury and elegance.
Click to expand...

"Estimating" being the most important word in that article.
M

Both great numbers. The industry is strong! Somethingsomething
E

If Pachter is wrong again, will GAF finally add him to list of banned personalities?? His reverse-prophecies are getting long in the tooth somedays.
F

This pretty much guarantees a PS4 win, not that there was ever any doubt.
B

I highly doubt it, but if it is true Sony wasted a freaking ton of money on Destiny...
S

I don't care either way which sells more but what was his reasoning behind his prediction?
T

I simply don't believe it. I know more than 10 people who bought a Destiny bundle last month...
F

I find that hard to believe. With how hard Destiny was pushed and PS4 bundles that went out there's just no way.

What would have caused the dip in sales/ Xbox to increase? There's no reasoning given.
R

Title needs an "expects" thrown in there.
B

What does he even base this on?
X

Tagg9 said:
I simply don't believe it. I know more than 10 people who bought a Destiny bundle last month...
Click to expand...

I look forward to the release of the monthly Tagg9 Numbers.
S

Personally I think that is a load of bollocks considering destiny, the most heavily marketed game on ps4 that month, if Xbox somehow sold more then I'll be legit shocked.
B

Are NPDs tomorrow or Thursday?
O

Sorry, but that is hard to believe considering Destiny.

what a shitty title. Dude only predicted. Don't turn it into Patcher hate thread.


shinobi602 said:
I don't care either way which sells more but what was his reasoning behind his prediction?
Click to expand...

Highly doubt it but hey, it would sure make for an entertaining NPD thread.
F

Very true. That smells like more than 250K.
You must log in or register to reply here.

VGC: PS5 is biggest console launch ever in UK