Redding, CA  February 6, 2010  SUNSOFT, a division of SUNCORPORATION (JASDAQ: 6736), has today announced that BLASTER MASTER:OVERDRIVE will be available in North America on February 8th for WiiWare.

BLASTER MASTER:OVERDRIVE is an action-shooting game that takes place on an Earth infected by an aggressive, polymorphic virus. Poor, defenseless animals worldwide infected by the virus have been turned into flesh-eating, hemoglobin-swilling terrors. Fortunately, the world has Alex. And, even more coincidentally, he happens to be one of the worlds foremost biologists - specializing in viral mutation profiles and genetic manipulation.

Every studious biologist facing imminent global annihilation needs a sweet ride, and Alex is no exception. He has S.O.P.H.I.A., a shape-shifting, gas-guzzling, projectile-spewing paean to destruction on four wheels. Things look grim, but with Alex and S.O.P.H.I.A. on the case, the world just may have a chance.

Gameplay in BLASTER MASTER:OVERDRIVE retains the critically acclaimed format of the original NES BLASTER MASTER, alternating between side-scrolling platforming in S.O.P.H.I.A. and overhead-perspective blasting and exploration when controlling Alex. Upgrades for S.O.P.H.I.A. must be collected to access progressively more challenging terrain and a total of eight distinct areas. Each area features a mutant boss that must be defeated to progress.

The sublime blend of side-scrolling shooting/platforming mixed with overhead perspective action/shooting areas is just as addictive now as it was in the original game. The game is rated E10 for Mild Fantasy Violence and can be purchased from the Wii Store online for 1000 Wii points beginning February 8th, 2010.

As with the BLASTER MASTER NES Virtual Console release, fans are encouraged to improve their skills completing this game so they can compete and win in a coming promotion that will test their skill for collectible prizes.

About SUNCORPORATION. Located in Aichi prefecture in Japan, SUNCORPORATION has been innovating electronic equipment and software for almost forty years. Their corporate slogan, Dream, Challenge, and Creation perfectly summarizes the spirit that gave birth to their software company SUNSOFT. Worldwide, SUNSOFT has developed or published almost 100 games for both consoles and arcades. They also publish for iPhone and Windows mobile platforms.

About GAIJINWORKS. GAIJINWORKS was founded by Victor Ireland after spending more than 15 years as President of Working Designs, where he innovated deluxe packaging, special premiums, pack-in soundtracks and game documentaries for their RPG product. Many of the practices he innovated have become standard in the RPG segment, and console video games in general. GAIJINWORKS is focused on continuing a tradition of fanservice for game fans.

Information about the rating for this game can be obtained at www.ESRB.org.

BLASTER MASTER is a trademark of SUNSOFT

I guess my request went through lickity split

Oh wow! that came out of nowhere
A

What's with the awful site and images? Any vids yet? Could be cool.
N

Looks really interesting. And looks nothing like Blasting Again.

This is almost as surprising as that one time Nintendo put a Mario game on Virtual Console.
S

Awesome now where my Shantae 2?!
C

The Take Out Bandit said:
Awesome now where my Shantae 2?!
Click to expand...

Also, this looks awesome. Looks slightly prerendered from those tiny screens. For a metallic vehicle, it's fine to use prerendered sprites.
G

Phil Theobald from POP will love this
K

This is unexpected, even after all of the hyping Vic did. I'm in.
T

Wow, came out of no where. Very nice indeed.
S

This is a fucking MEGATON!! I am so very happy!

None of the BM sequels are even close to the quality of the original. Not even the GBC semi remake!
V

gotta admit i wasn't expecting this! nice
B

Woah, if this is good I'll be really happy Retro releases of the originals are kinda boring to me since I've already played them in the past, but a NEW Blaster Master game? zomggg
J

Wow. That was unexpected.

It's always great when you have pretty big game announcements coming out of nowhere, and the games will be released within a week. Like Mario vs DK 3 on DSiWare.

I only recently became a fan of Blaster Maser, so I anticipate this game.

Edit: I hope it'll have great music like the original.
T

That looks really promising.
A

Holy shit. BM is one of my favorite games of all time. I didn't even know this was being made. This looks like the proper sequel/re-imagining I have waited much of my life for.
W

Ninja School will help you

Grecco said:
Phil Theobald from POP will love this
Click to expand...

And with that said...

Vic any word on the european release ?
W I hope Sunsoft releases more VC games... like Gimmick!. That game has a special chip for enhanced music in Japan only.
J

Two days from announcement to release? Is that a new record for non-indie devs? :lol
P

I'm excited about it.
R

This looks pretty awesome. I might actually cave in and buy something again on wiiware.

Could be very nice.... we'll have to see how this turned out on Monday.
K

Linkzg said:
This looks pretty awesome. I might actually cave in and buy something again on wiiware.
Click to expand...

You son of a bitch.
F

jman2050 said:
Two days from announcement to release? Is that a new record for non-indie devs? :lol
Click to expand...

Depends on how you define "indie," but there have been plenty of WiiWare and DSiWare titles that weren't announced until the official PR from Nintendo on the day of their release.
M

Yeah, so Wiiware is pretty much the only online service worth even acknowledging exists at this point.

Man, I hope WayForward announces that Shantae will be running on a new 3D engine.

Then it will finally be popular.
T

Also, this looks awesome. Looks slightly prerendered from those tiny screens. For a metallic vehicle, it's fine to use prerendered sprites.
Click to expand...

I have a $20 points card here waiting for Shantae 2.

Would love to buy this as well, except for the retarded ass lack of player accounts so I can't split my points across Wii/DSi purchases. Thanks Nintendo. >:|
R

Heck Yes. Looks like I will need to buy a Wii Points card for this week.
I hope this version will have some sort of map, and some sort of save state function, so we don't have to beat the game in one play session.
W

jman2050 said:
Two days from announcement to release? Is that a new record for non-indie devs? :lol
Click to expand...

Pics look great too. Seems to be sprite based and it style wise looks more cohesive than most of these modern retro sequels coming out. Hope the music can live up to the original.

No sale unless there are metroids. :lol
E

Mayor Haggar said:
Yeah, so Wiiware is pretty much the only online service worth even acknowledging exists at this point.
Click to expand...


Mayor Haggar said:
Man, I hope WayForward announces that Shantae will be running on a new 3D engine.
Click to expand...

ethelred said:
Ninkids are so cute.
Click to expand...

This batch of Juniors makes me wish GAF had some means of aborting them in the womb instead of carrying retards to term. :\
M

You guys are awesome! Gold stars for all! 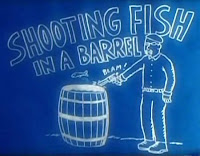 RPG_Fanatic said:
Heck Yes. Looks like I will need to buy a Wii Points card for this week.
I hope this version will have some sort of map, and some sort of save state function, so we don't have to beat the game in one play session.
Click to expand...

That'd be very nice... basically take the original game and cross it with the enhancements Super Metroid made over Metroid and you have epic win.

Favourite NES game ever. I hope i can pause the game when my shots hit bosses for the easy win.
T

watership said:
Favourite NES game ever. I hope i can pause the game when my shots hit bosses for the easy win.
Click to expand...

I could never get that cheat to work for me.
M

I can't wait till every 2D game ever gets a remake in gorgeous 3D visuals; the way real games are meant to be played.