Ubisoft Montreal&#8217;s next Far Cry game is a Stone Age-era open world game called Far Cry Primal, and it launches for PS4 and Xbox One on February 23, 2016. A PC release will follow in March, 2016.

Set in 10,000 BC, Far Cry Primal follows Takkar, "a seasoned hunter and the last surviving member of his hunting group." As players survive in the land of Oros, "they will have to craft weapons and tools partly from the bones of slain beasts, hunt for food, master fire, fend off fierce predators and face off against other tribes to conquer Oros."
Click to expand...

The debut trailer shows a small tribe of four stalking, hunting, and killing a herd of wooly mammoths before they&#8217;re attacked by a sabertooth tiger. Outposts (occupied by humans), spreading fires, and character upgrades return alongside new features, such as dead prey attracting new predators with its scent. The key art also suggests a sabertooth tiger companion for Takkar.
Click to expand... 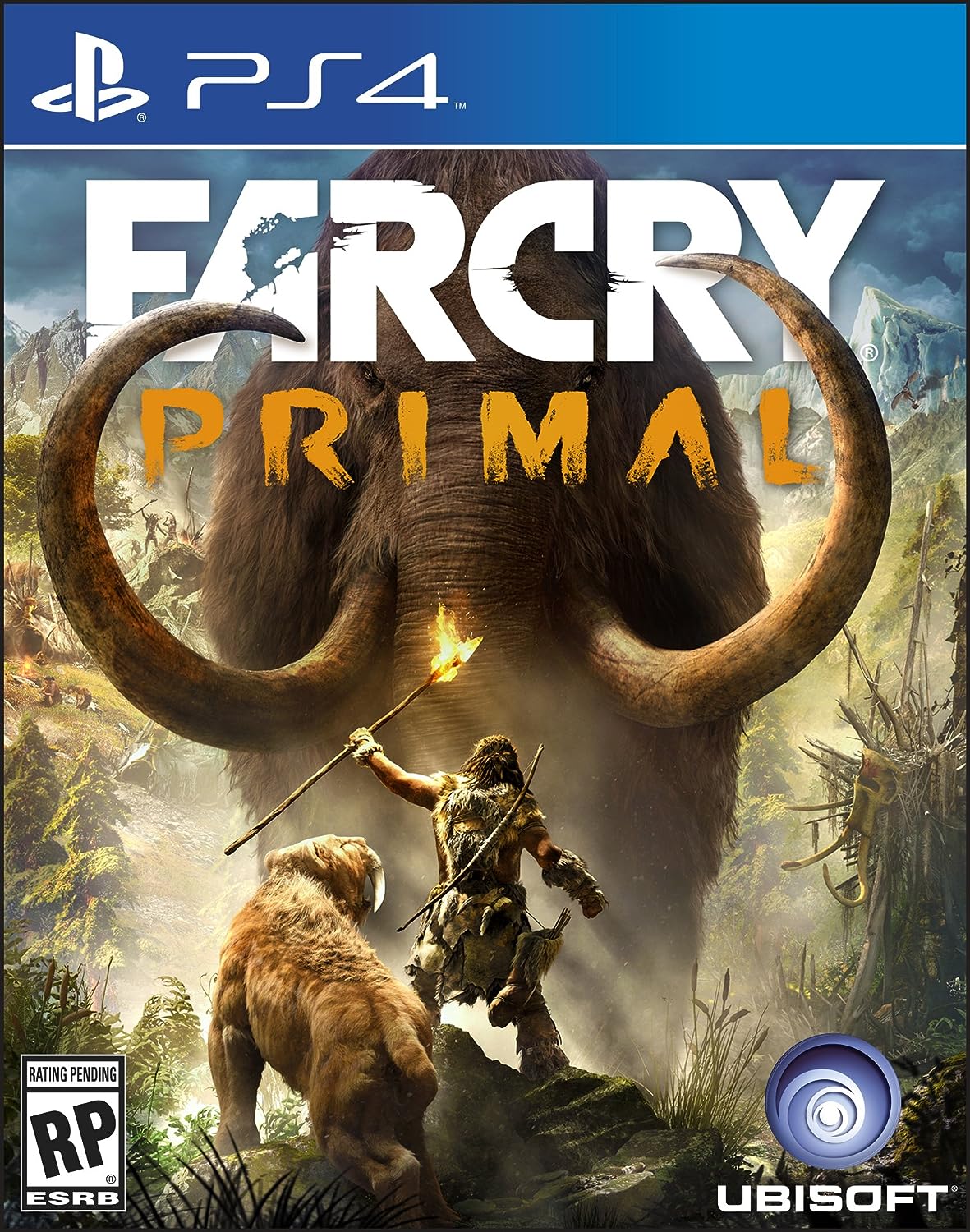 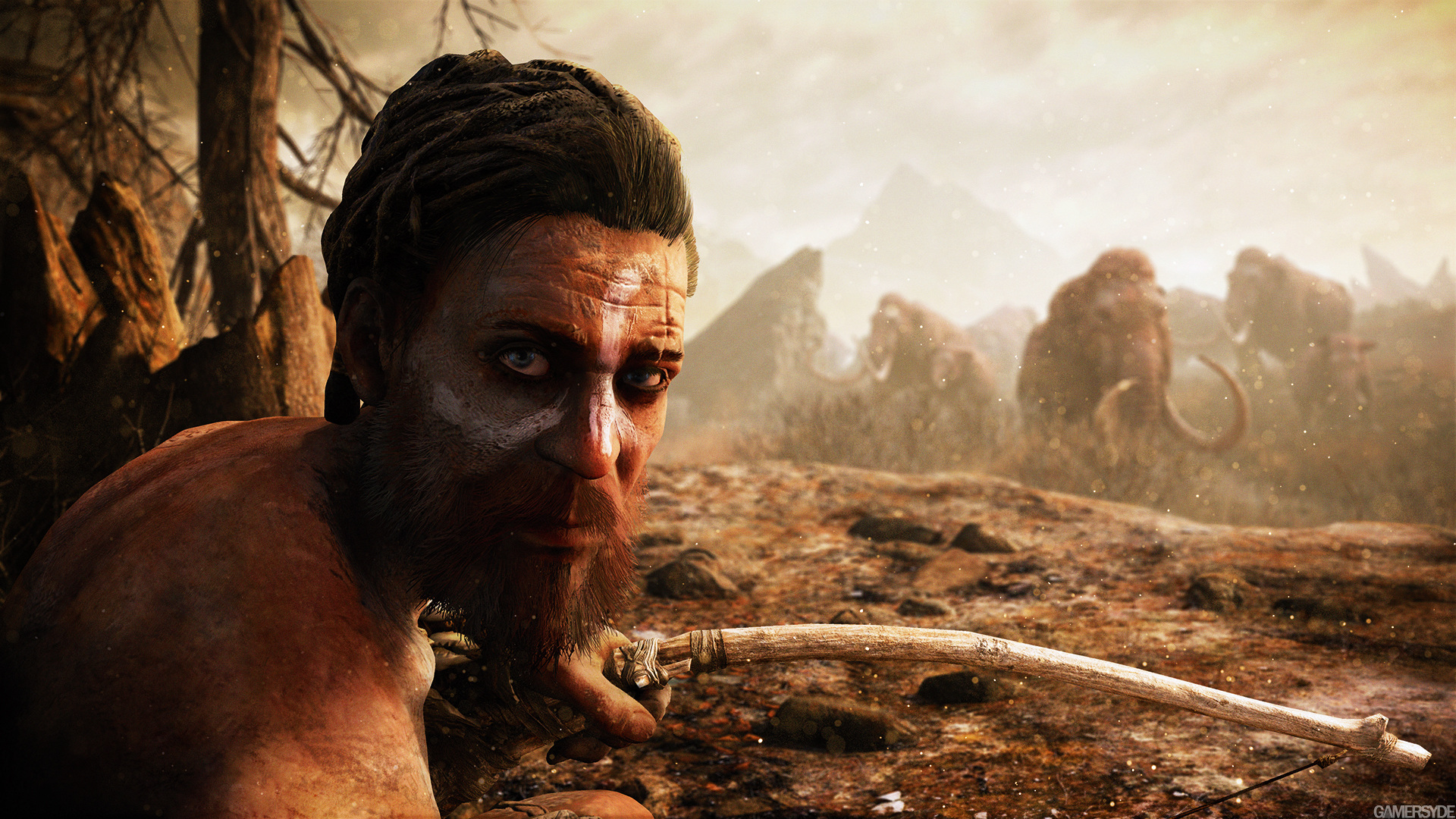 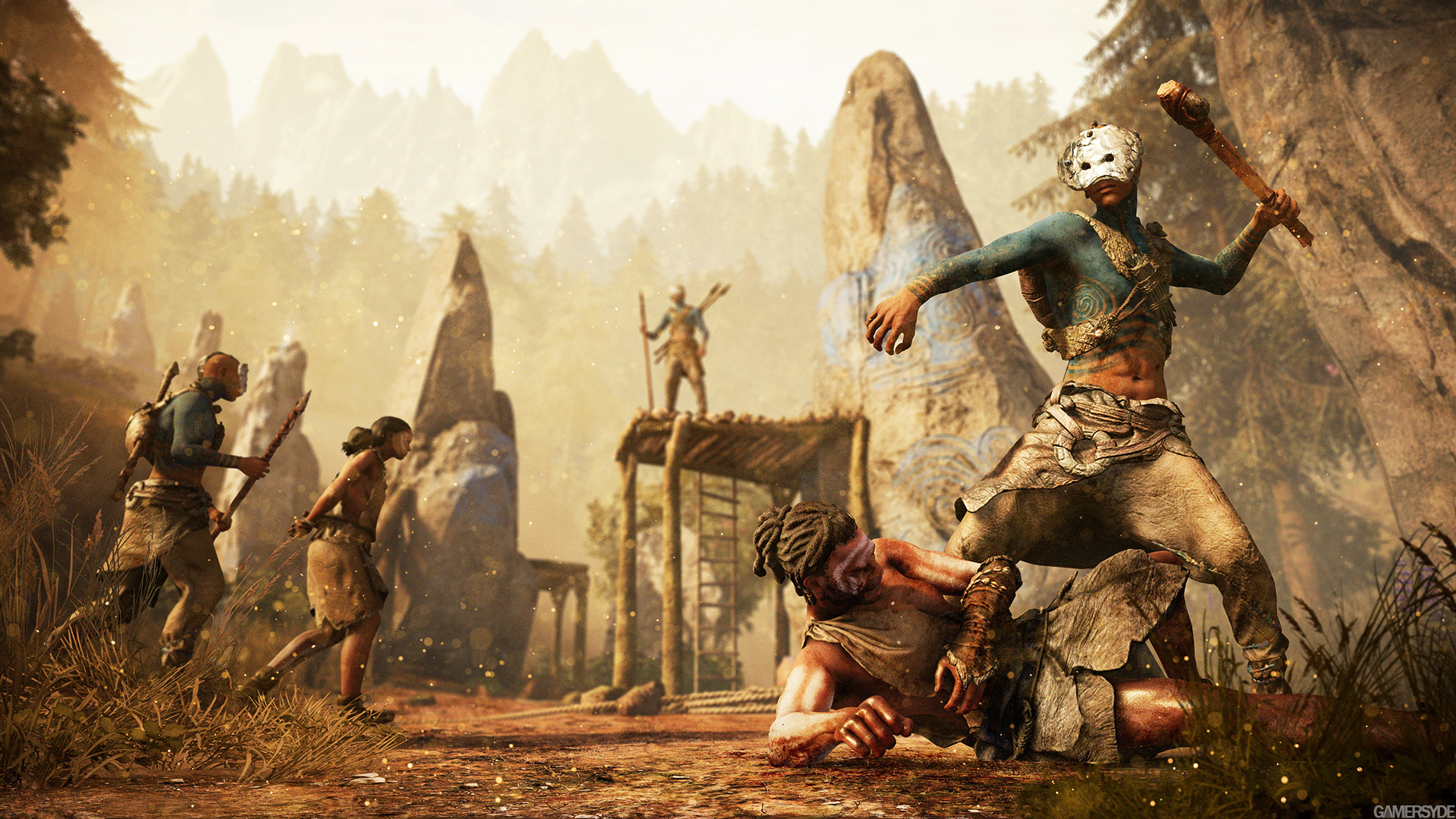 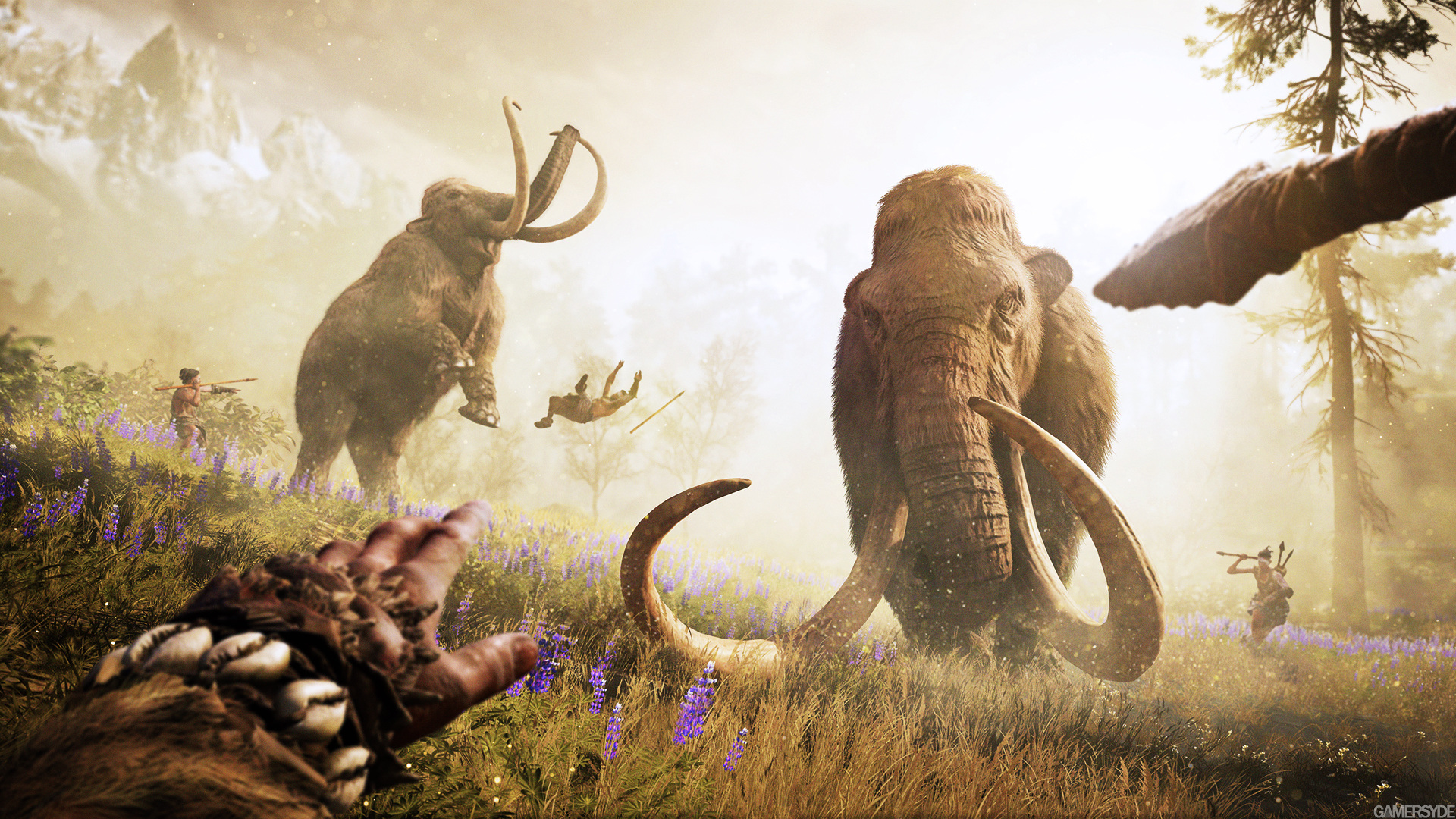 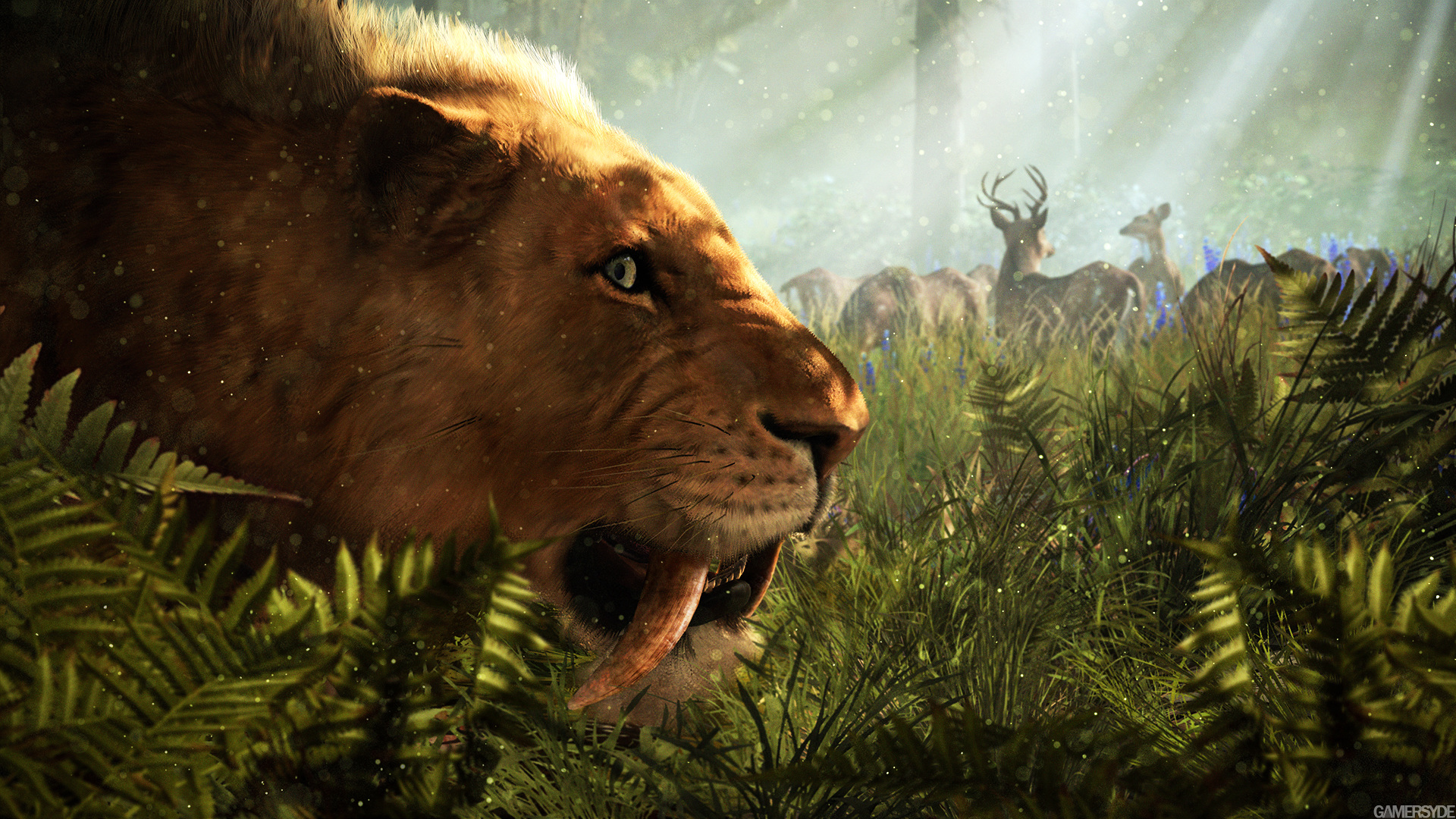 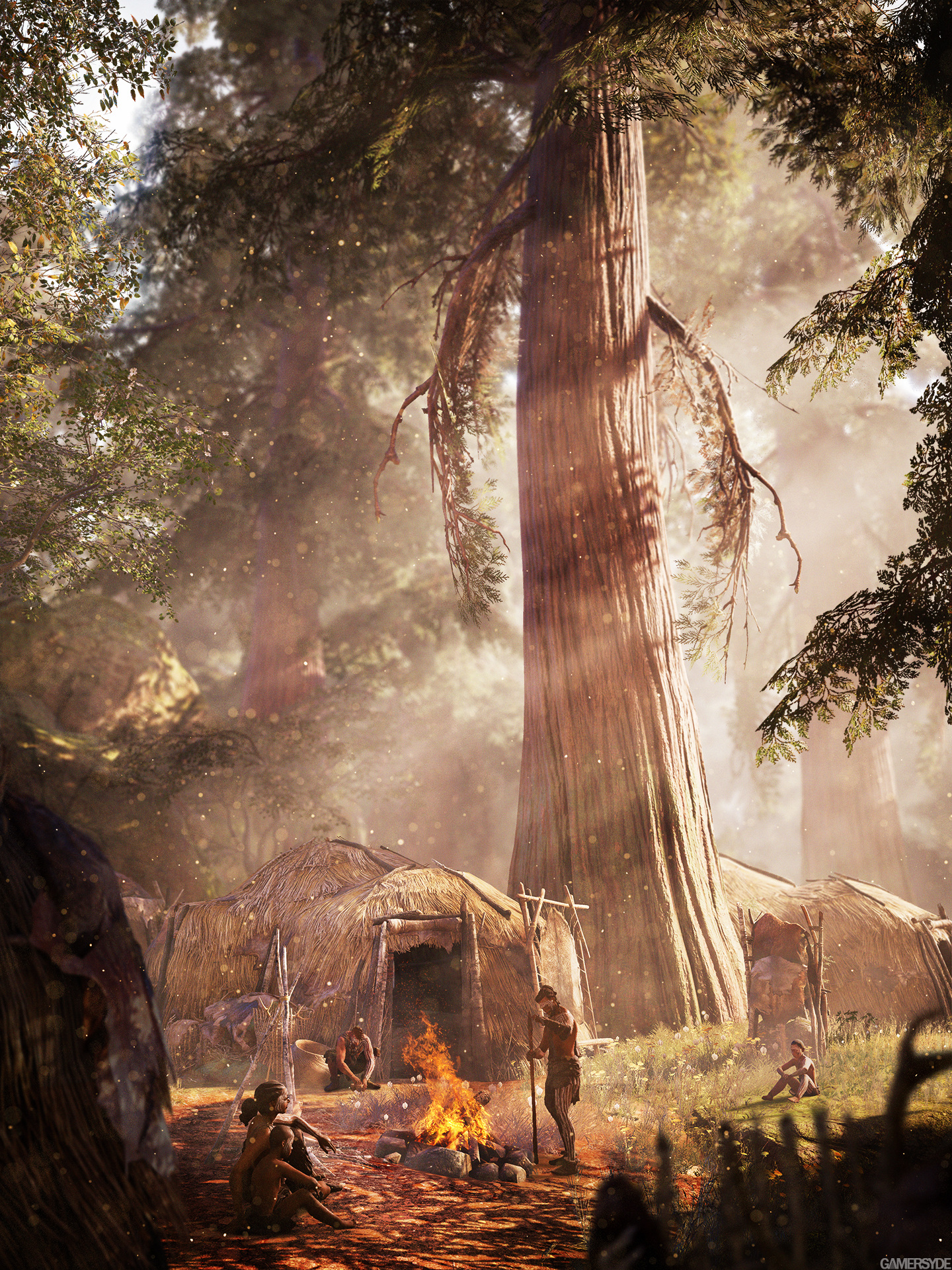 
nbnt said:
Brace yourselves, it's happening.. in 10 minutes. At least I hope so. It's their usual time for posting trailers on YT.
Click to expand...

Far Cry Primal &#8211; The Creative Vision Behind the Game

It's set in the Mesolithic period.
E

Is this a full scale far cry or a cheaper title like Blood Dragon?
M

Looks... nice. Definitely more excited for this than I was for FC3/FC4

Gonna keep my eye on this.
A

You got my attention Ubisoft.
O

Well there it is
C

If there's one thing Ubisoft is good at, it's ruining neat premises.
D

Far Cry Primal has come to deliver us out of the darkness.

Can't wait to collect 100 mammoth tusks around the map.
B

Why did they wait so long to announce it?
T

can see the far cry elements in there. too early to tell if its different enough from far cry 4 to pick up right away... don't need to play far cry every year or so.
B

Is this a standalone, full-length game?

Or a Blood Dragon-esque expansion?
A

This announce was longer than a pregnancy damn
D

Interesting idea. Looking forward to seeing more of this.
M

Was not expecting the release to be THAT close...

There's gonna be a delay for sure.
L

That was unexpected.
H

This is so weird that I actually love it.
S

Im a bit disappointed it appears to be single player only... I really liked the co-op in Far Cry 4 despite the awful system they used to make it work. (Leaving your game then re-entering in a separate online one, was weird and awkward)
K

Anyone have a press release text so I can add it to the op?
G

Wait so it's a full retail game?
And another game to Q1 2016, this is insane, never seen anything like it.

I'd be interested to know if this is a game on the scale of something like a main-line Far Cry, or if its more of a smaller title like Blood Dragon.
S

Same day as Mirror's Edge and Deus Ex? Looks cool, but I think I'll wait a little bit.
A

Extremely cautious about this one. I'm trying to imagine how the Far Cry gameplay would transfer over to this setting in any interesting way and I'm coming up completely short.
R

I love 3,4 and Blood Dragon but using spears and bow and arrows doesn't seem like a fun game to me.
G

I hope they disregard any historical accuracy and stick some dinos in there.

Forget textbooks, use the Flintstones as the template.
D

Was not expecting the release date to be that close.
S

Well the trailer shows retail boxes at the end, so I suspect it's a full game.

As long as there are no guns I'm there day 1.
O

BiggNife said:
Holy shit this is coming out in four months????????

Why did they wait so long to announce it?
Click to expand...

Maybe Publishers are learning that their early reveals have been detrimental because of graphical downgrades, broken promises, etc...

Bizzquik said:
Is this a standalone, full-length game?

It's full price with a retail release.

Can you play as a woman?
L

Bizzquik said:
Is this a standalone, full-length game?

It comes out in 4 months so I'm assuming short
F

Darrenf said:
Was not expecting the release date to be that close.
Click to expand...

Using only about three different colors for your game significantly speeds up development.
F

Looks rough in some areas visually. I like the setting a lot though.
G

Sadly, if you've played FC3 and 4, you probably have already played this.
J

This has to be a Coop game right?
D

Hope there are towers


Game looks promising, also surprised its coming out so soon.
B

Goldrusher said:
It's full price with a retail release.

Just because it has a retail version doesn't mean it's full price.
V

I could definitely see myself getting this! I LOVE the idea. The world reminded me a lot of the little we've seen of Horizon Zero Dawn. Wonder who will have the better and bigger open world.
D

coooool
You must log in or register to reply here.