Lionel Richie said:
Sorry bros, not nearly enough for me.
Click to expand...
No one cares.

Rewatching the trailers, but YT is sending them to me in 1080, eventhough they're supposed to be 4k. I wonder if they're still processing.
F

Nothing to get excited about.
Click to expand...
Maybe the system isn’t for you then.

Sony hit it out of the park with this one. $500 means I'm buying this sooner than later. God of War 2 : Raganrok is one hell of a name. Demon's Souls made my nipples erect. Alright Sony, when can I preorder?

This needs to be said AGAIN : 12 Teraflops means fuck all if you don't have the games.

iconmaster said:
Did they confirm which games were being demoed on actual hardware?
Click to expand...
All except FFXVI
Last edited: Wednesday at 9:51 PM
Reactions: iconmaster and BruceWayneIII

Wow, what a showing. This is turning into less of a console war, and more of a console genocide.
Reactions: SuperBabyMethod

Nothing to get excited about.
Click to expand...
was expecting more too lol, nothing new apart from hogwarts (which I care) and gow
but better then Microsoft tho
Last edited: Wednesday at 9:51 PM
Reactions: HeadsUp7Up

TheContact said:
still can't believe the digital version is $100 cheaper. I would just go digital, makes no sense to buy the disc unless you have a big ps4 library and want to consolidate your entertainment area setup
Click to expand...
I've bought 2 disc games for ps4 this entire generation and will probably get the one with a disc drive. Just like to have the option.
Reactions: TheGrat1

I'm confused on what PlayStation Collection is
Is it GamePass or something else?

iconmaster said:
Did they confirm which games were being demoed on actual hardware?
Click to expand...
Everything besides ff16 and the ps plus stuff.
Reactions: iconmaster and BruceWayneIII

FFS Sony. Why could you not show some more of HFW and it's supposed to come out next year? You only have a logo for GOW Ragnarok but it's also coming in 2021? But you show more of Deathloop and Oddworld.... sigh.

The people who make these showcases just don't have their fingers on the pulse of their audience.

Journey said:
Honestly thought $499 and $449. Great price for the digital edition. $100 for the drive alone? Anyone know the SSD size for the DE?
Click to expand...
SSD size is the same.

God of War Ragnarok, FF XVI and price/date is more than enough for me, not the greatest show but thats all what I wanted

Is the PS Plus Collection those enhanced PS4 versions they mentioned in March?

underwhelming show without any meaningful new game except a logo ..
E

Well I just paid $430 for a Nintendo Switch, y'all can't complain at 399. Also based bluepoint.
Reactions: Cerberus_X and Roronoa Zoro

Ash Sparrow said:
In the top 3 worst shows have seen.
The price would have been great before the show.
All the games look bad in parts
Click to expand...
Basically current gen looking games. None of them shown were next gen.

Best part of the show were the price and free games.

(Edit: games only for PS+ subbers. I thought it was free downloads for anyone buying a PS5)
Last edited: Wednesday at 9:53 PM
Reactions: ANIMAL1975, Riky, tryDEATH and 1 other person

lol, where the fuck was gran turismo????

At least its a strong price point for the digital verision, i will probably buy that beside my series x
Reactions: HeadsUp7Up

Overall I'd say that was a solidly great 8/10 showcase. If they'd given a release date for Demon's Souls and actually shown anything for GOW, even just a few seconds of Kratos, it would have been a 10 though.
Last edited: Wednesday at 9:52 PM
Reactions: Roronoa Zoro, Boswollocks and EviLore

MastaKiiLA said:
No one cares.
Click to expand...
You seemed to care enough to answer.

Journey said:
Honestly thought $499 and $449. Great price for the digital edition. $100 for the drive alone? Anyone know the SSD size for the DE?
Click to expand...
$50 difference never made sense. They want to drive people towards the DE, and also compete with the XSS.
Reactions: Roronoa Zoro 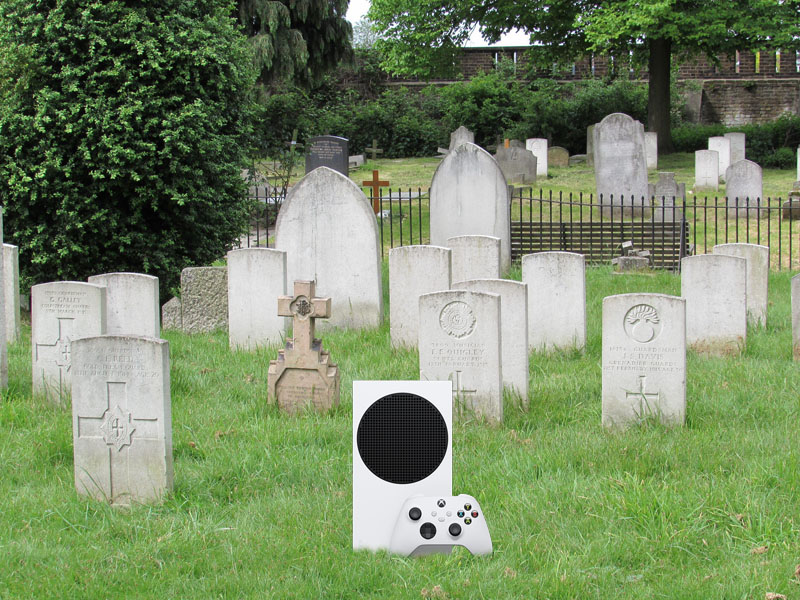 Roronoa Zoro said:
lol that would be such a dick move. "So we could've had this price all along but figured you suckers would pay more. Guess we'll do it now that we have to." Maybe if they acknowledge that it's because of "competition" but they would probably frame it as them just being so kind
Click to expand...
How do you know Sony didn't react though? they've never waited this close to launch to reveal the price, so clearly they were playing chicken with MS

Epic Sax CEO said:
Incredible that Sony managed to fuck this up!
They showed NOTHING new, nothing!
They just wanted to announce the prices and put some games alongside.
Click to expand...
FF was literally the first thing.
Reactions: TheGrat1 and KiNeMz

Nothing to get excited about.
Click to expand...
Reactions: SuperBabyMethod, Nankatsu, Roronoa Zoro and 1 other person

I personally want like, a red one, or maybe silver...
Last edited: Wednesday at 9:53 PM

Well that was pretty shit. Literally nothing looks next gen that they showed.
And what the hell is supposed to be out for the system at launch? I guess that is why they are doing this PS+ collections thing.
The best looking game was Demon's Souls. A remake of a 100 year old game.
Reactions: New Yorks Finest, Ash Sparrow and Alter_Fridge

As some may know I’m an Xbox guy, but I’m not paying 100$ more for the XSX, compared to the PS5. Gives me the chance to play the great PS4 games as well, and the great PS5 games that will eventually arrive in a year or so.
Last edited: Wednesday at 9:53 PM
Reactions: Deraj, Hayfield, Roman Empire and 8 others
A

StreetsofBeige said:
Basically current gen looking games. None of them shown were next gen.

Best part of the show were the price and free games.
Click to expand...
Yeah I'm going to stick with my PS4 for quite a bit more I think

FireFistAce said:
Maybe the system isn’t for you then.
Click to expand...
I intend to buy it.

It's just very very underwhelming. The only megaton-tier is FF16 being sony-bound on console. Everything else was meh.

Lionel Richie said:
You seemed to care enough to answer.
Click to expand...
Don't flatter yourself. It was top of the page I was posting on. I thought I'd kill 2 birds with 1 stone.
Reactions: Dargor

I'm betting they originally had $449 targetted for the digital version but decided to cut it down a notch to put it within a similar price range to the series S...similar enough to swap people to just plop down another 100 and go for a full blown next gen console vs the castrated version Xbox's next gen console.
Last edited: Wednesday at 9:53 PM

No announcement on alternate colors of controllers or consoles either.

I'm guessing not likely at launch?

Emedan said:
Well I just paid $430 for a Nintendo Switch, y'all can't complain at 399. Also based bluepoint.
Click to expand...
You dun goofed, mate.

Bitmap Frogs said:
I intend to buy it.

It's just very very underwhelming. The only megaton-tier is FF16 being sony-bound on console. Everything else was meh.
Click to expand...
That's a pretty big announcement, though.

No launch Lineup announced yet either. They got to have some first party exclusive right that's not a remaster?

Joey. said:
I'm confused on what PlayStation Collection is
Is it GamePass or something else?
Click to expand...
Sounds like a bunch of games to download. Possibly included with ps+? Probably at a premium or what ever.

I’m still not sure what games we are getting for launch other than spider man and GodFall.

From the stream I liked FFXVI and I’m excited for next God of War game.

"Now you know", yeah, a great pussy stance for the market leader. If Microsoft hadn't revealed their prices we still wouldn't know shit.

But I applaud the aggressive DE pricing, never wanted to believe that 399 price tag. I hope no one buys it, since I kinda don't want to see history repeat itself (the death of retail) but it will most likely be the best selling console. I'll get myself the regular edition.

Bit disappointed by the games shown, though, but I honestly don't care about it. Not that much anyways, since I'm more interested in playing some current gen titles at higher quality (Nioh 2 for example)

SaturnSaturn said:
lol, where the fuck was gran turismo????

At least its a strong price point for the digital verision, i will probably buy that beside my series x
Click to expand...
It’s GT, I don’t need to see anything. GT is pretty consistent. Is it Yamauchi? I’m in.
You must log in or register to reply here.
Share:
Facebook Twitter Reddit Email Link
Top Bottom